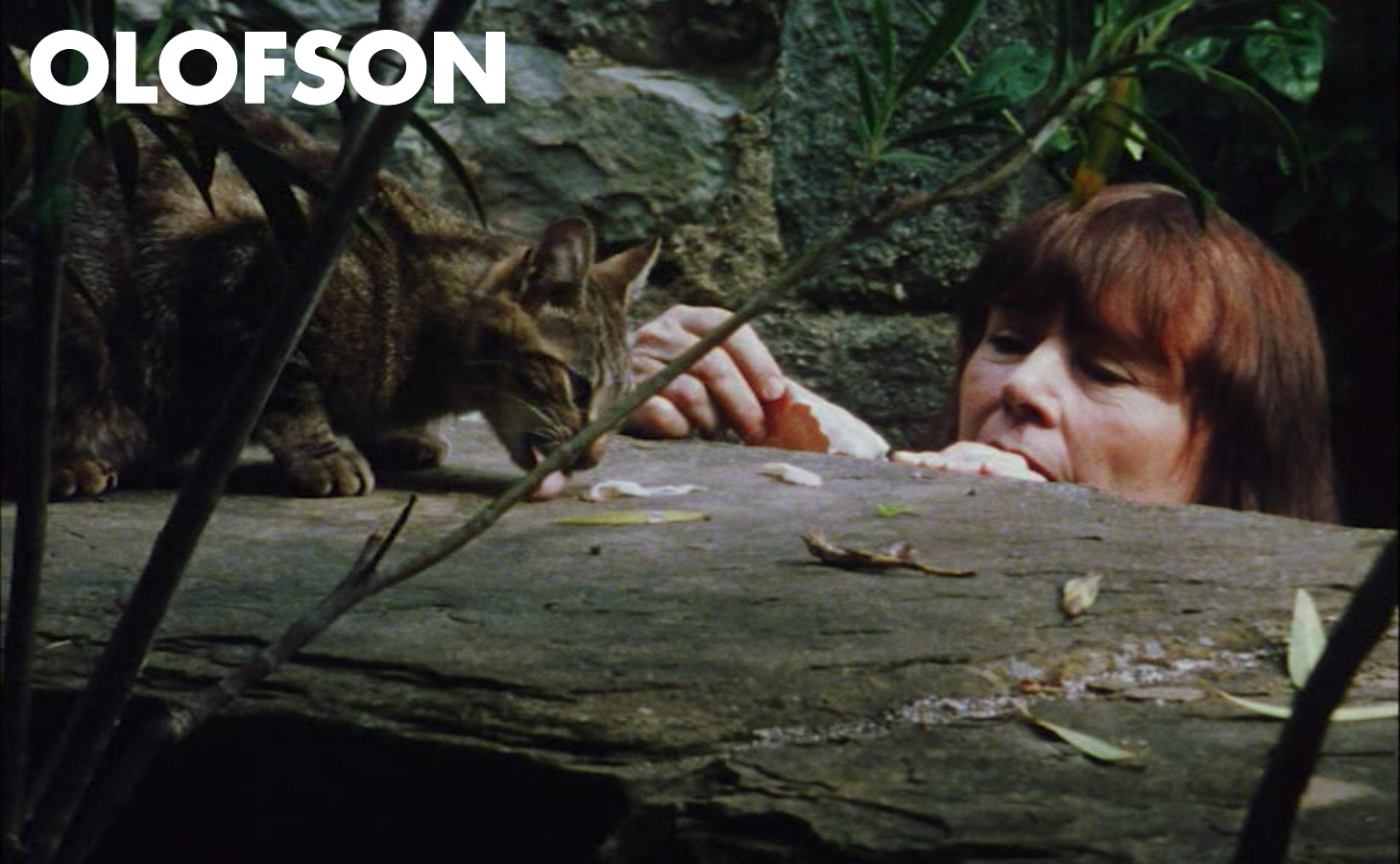 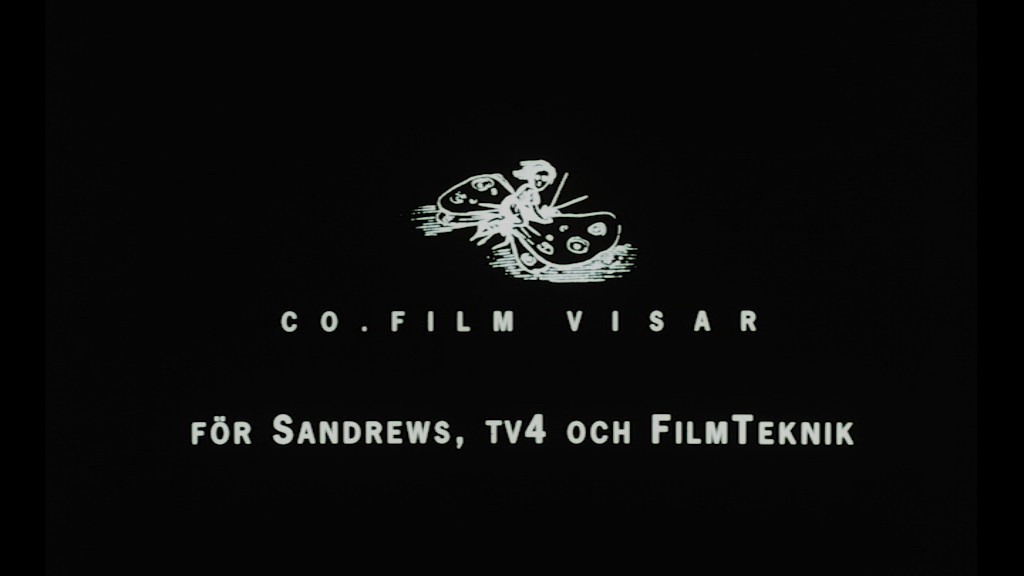 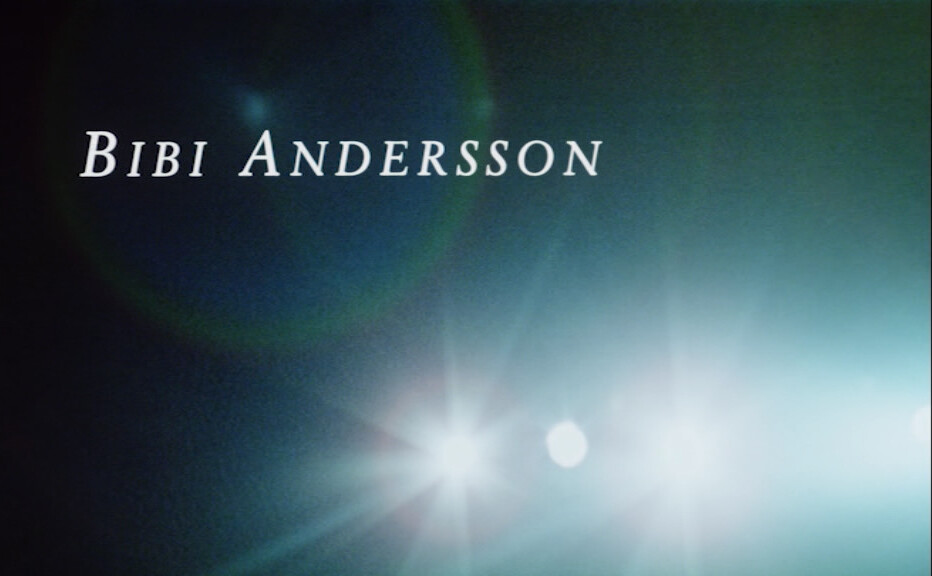 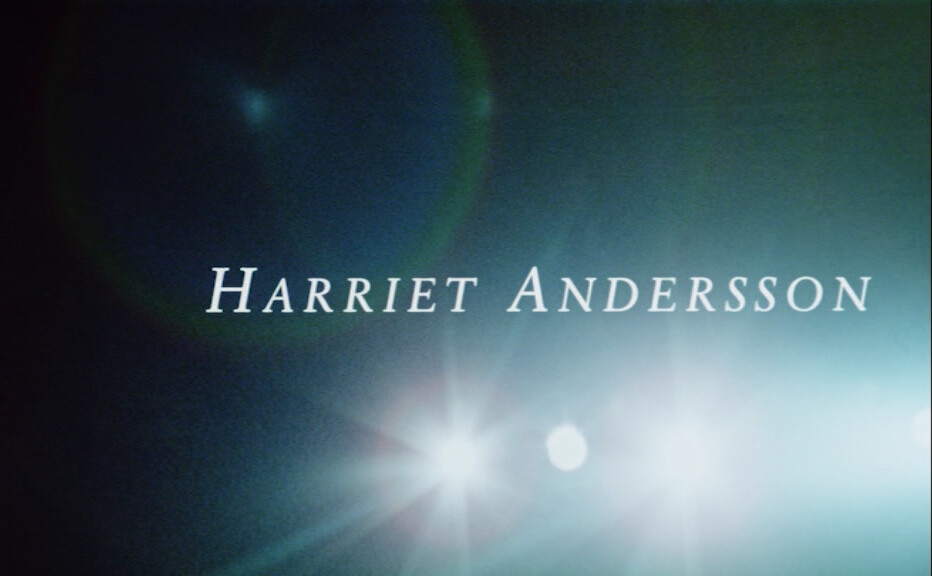 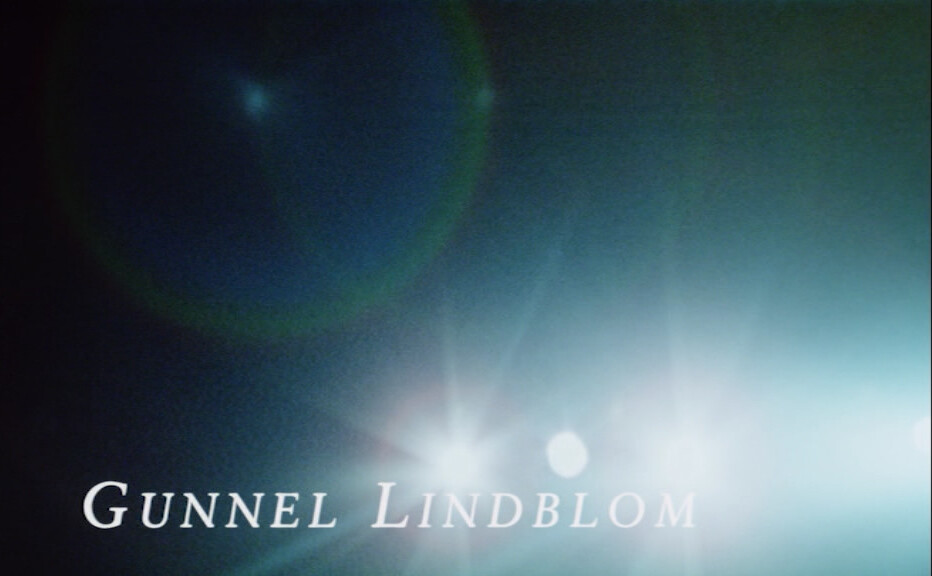 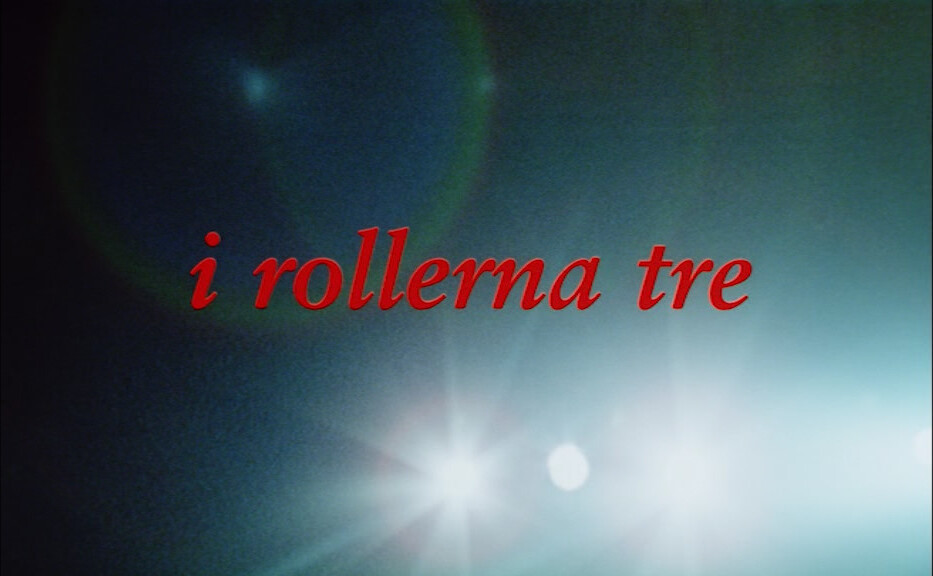 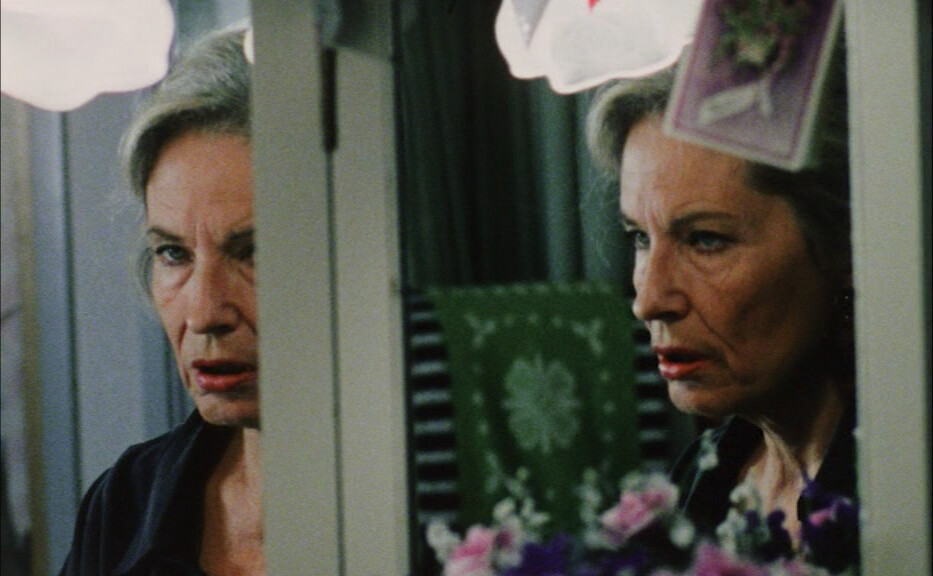 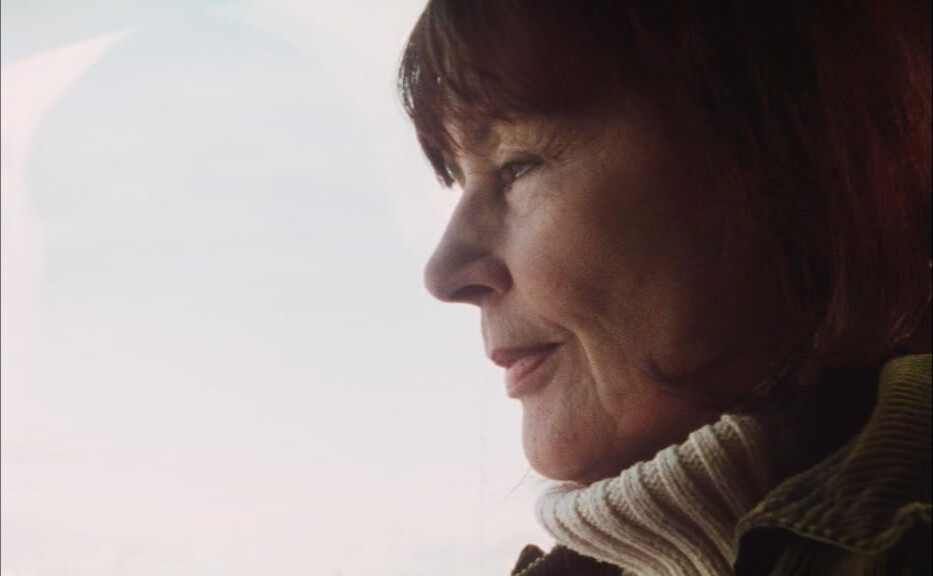 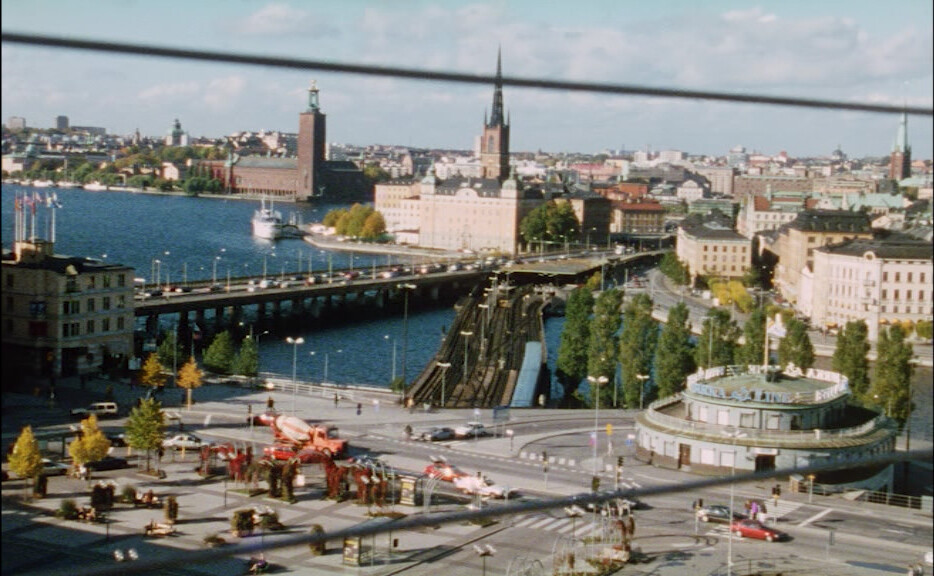 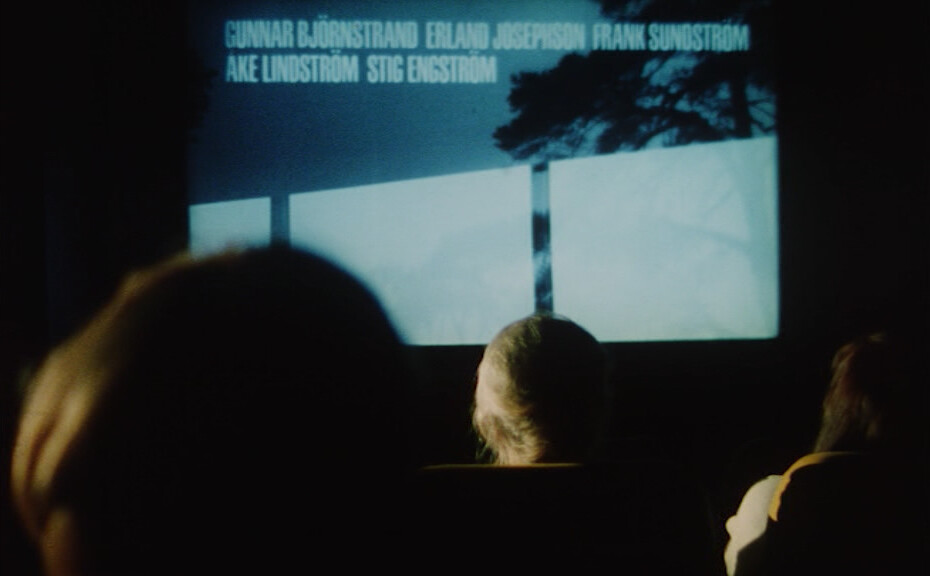 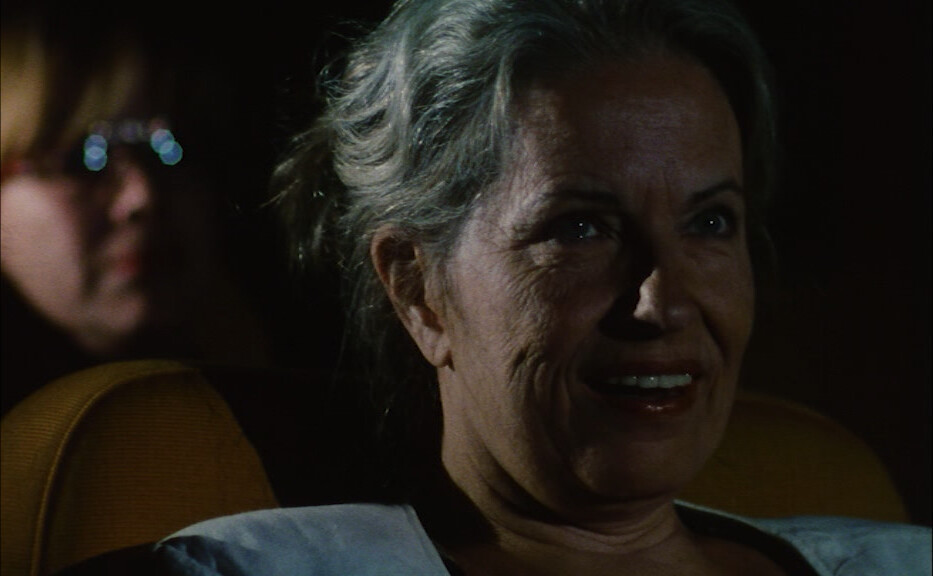 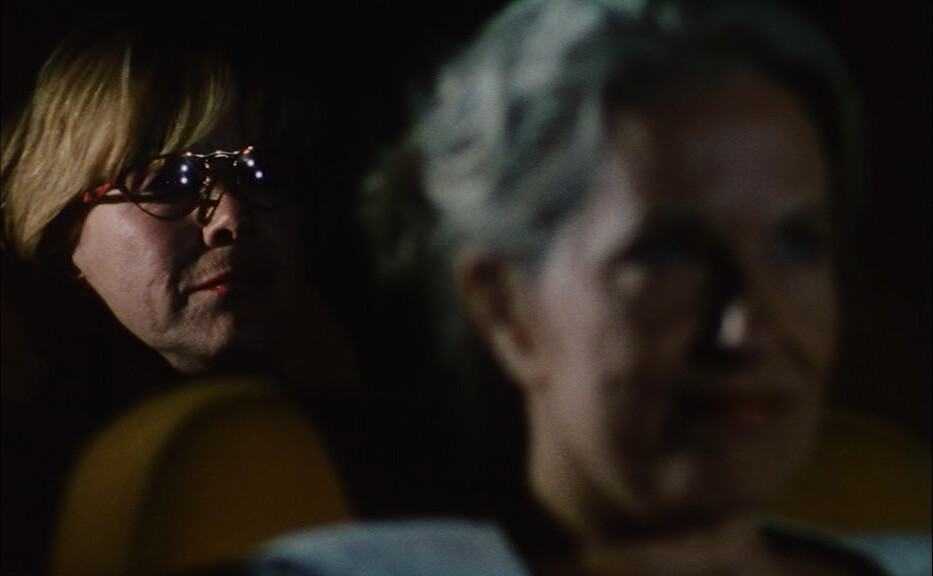 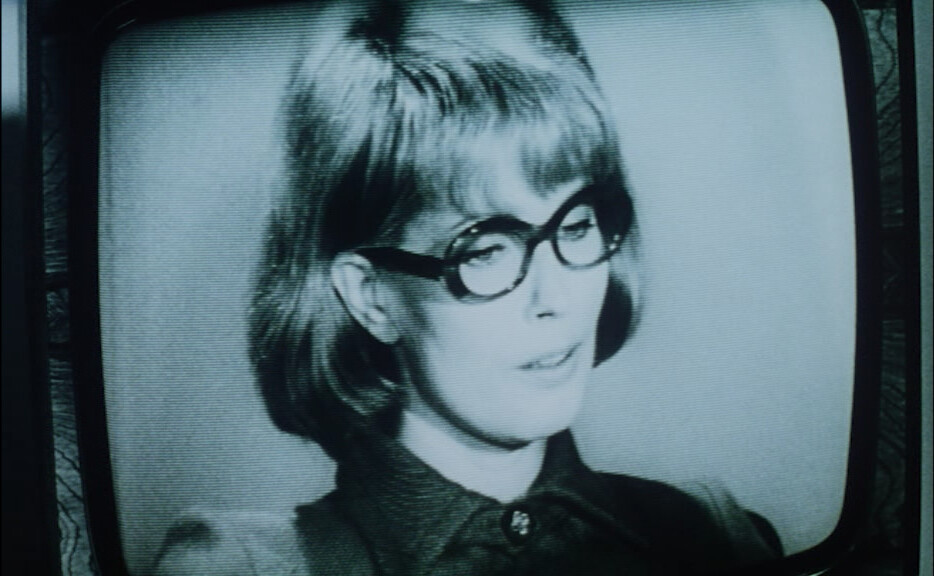 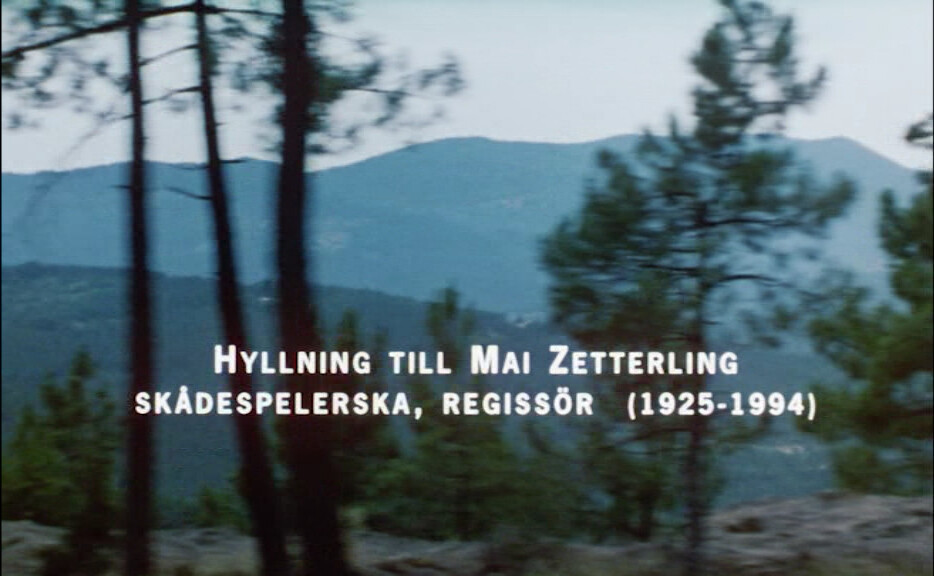 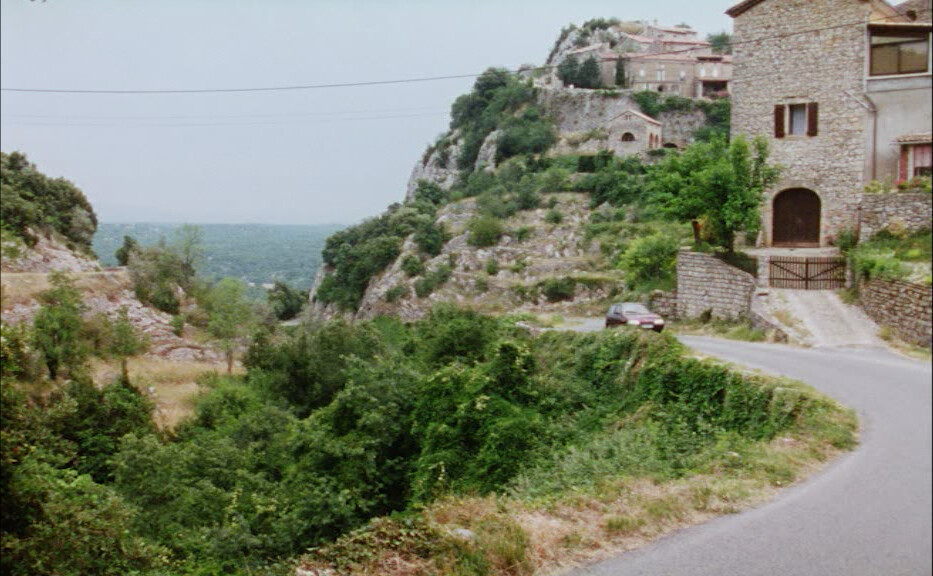 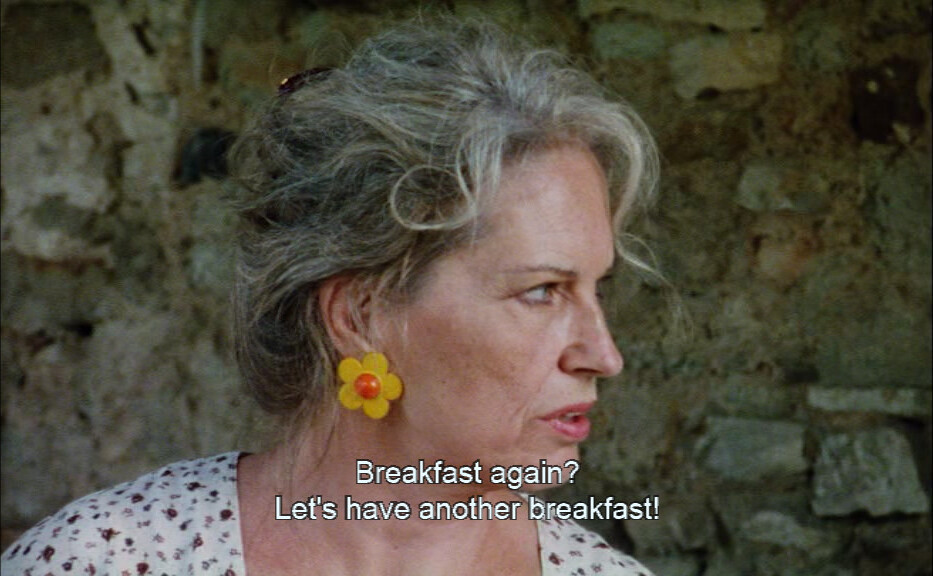 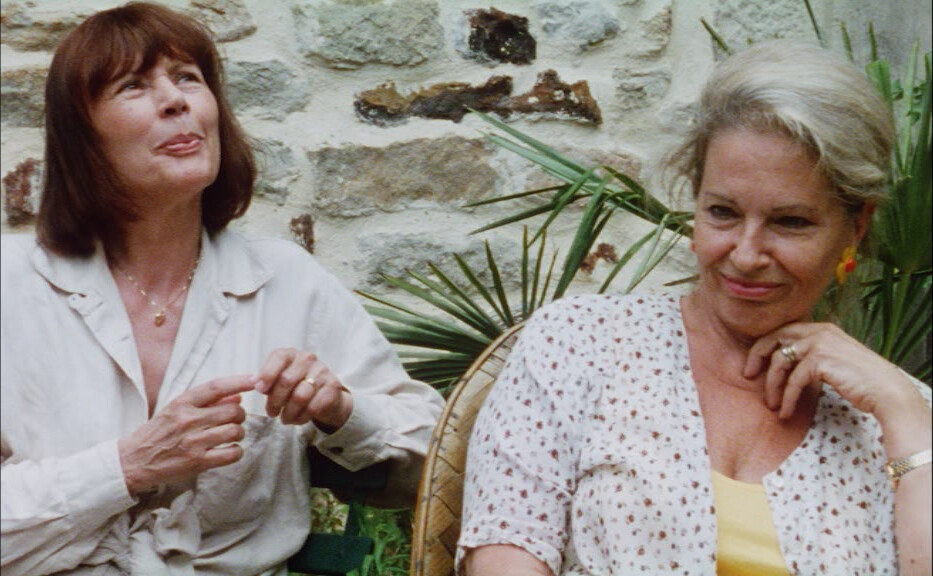 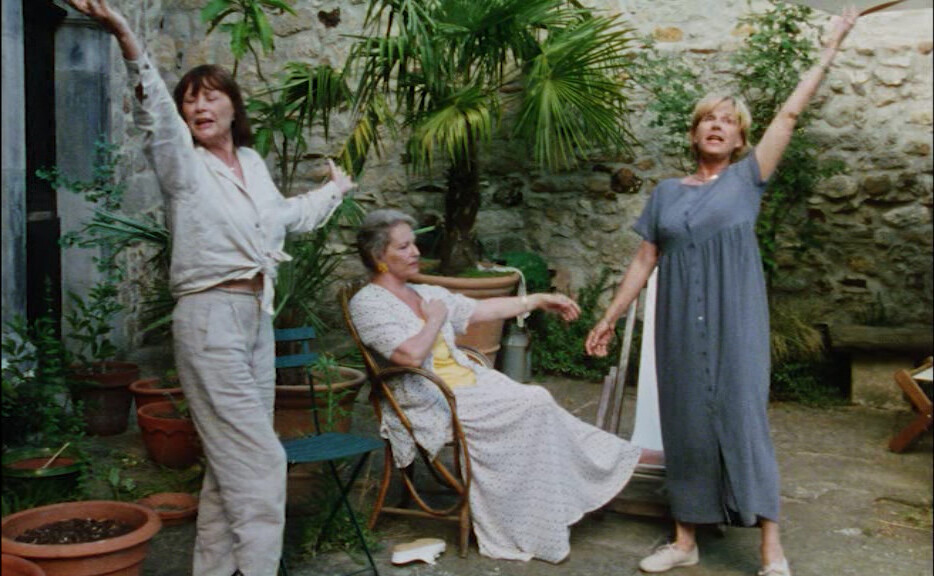 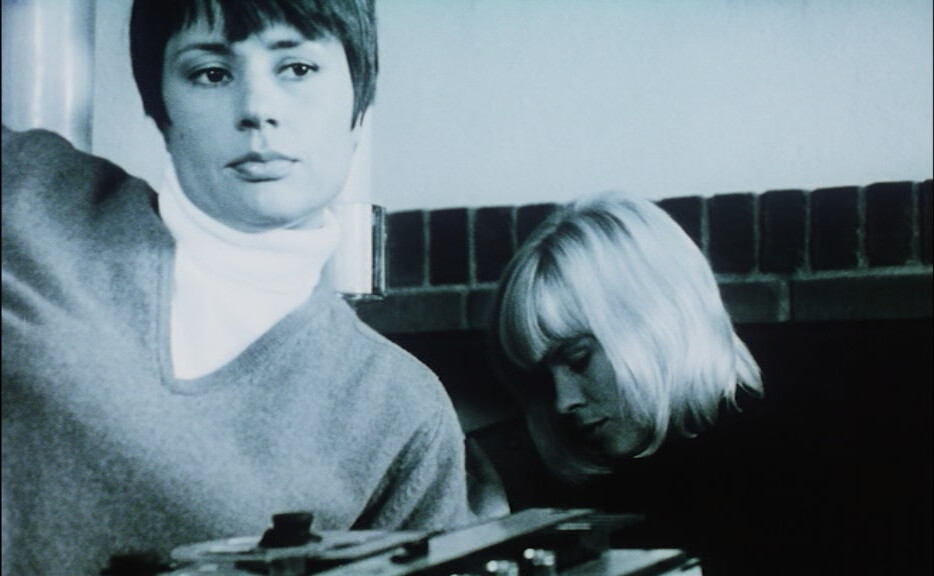 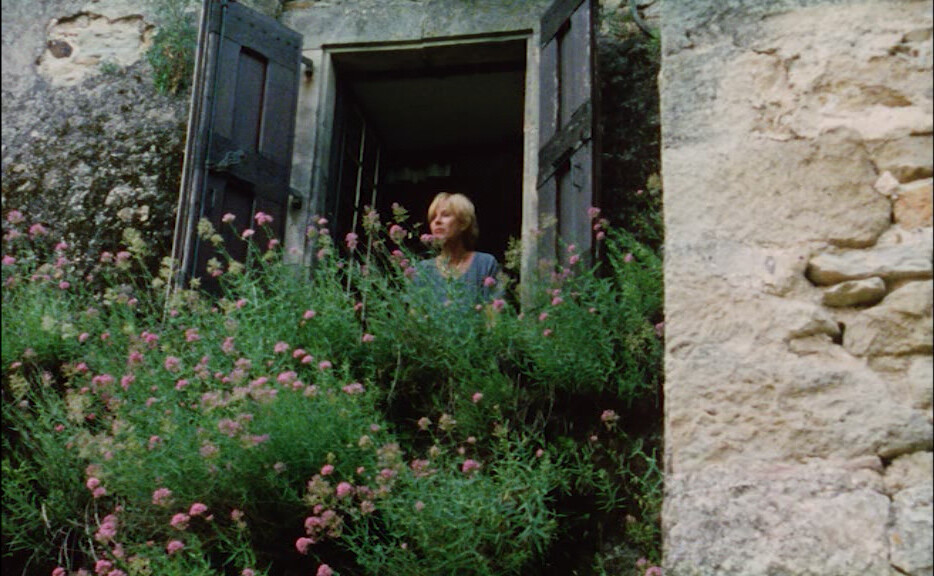 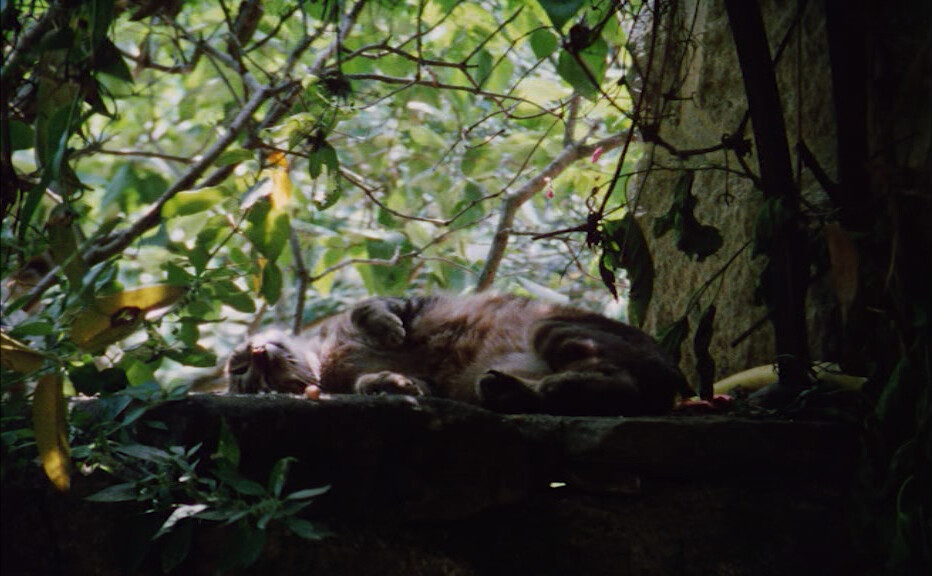 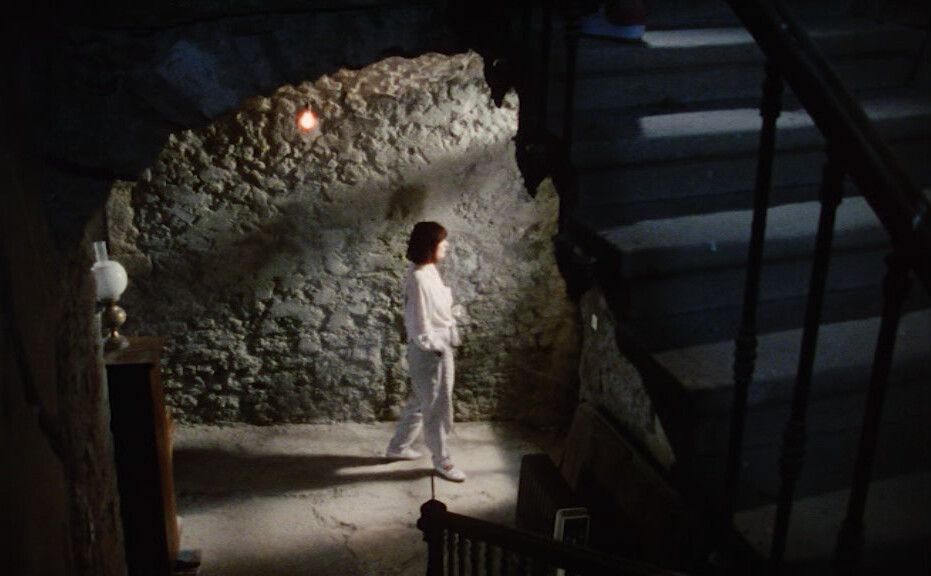 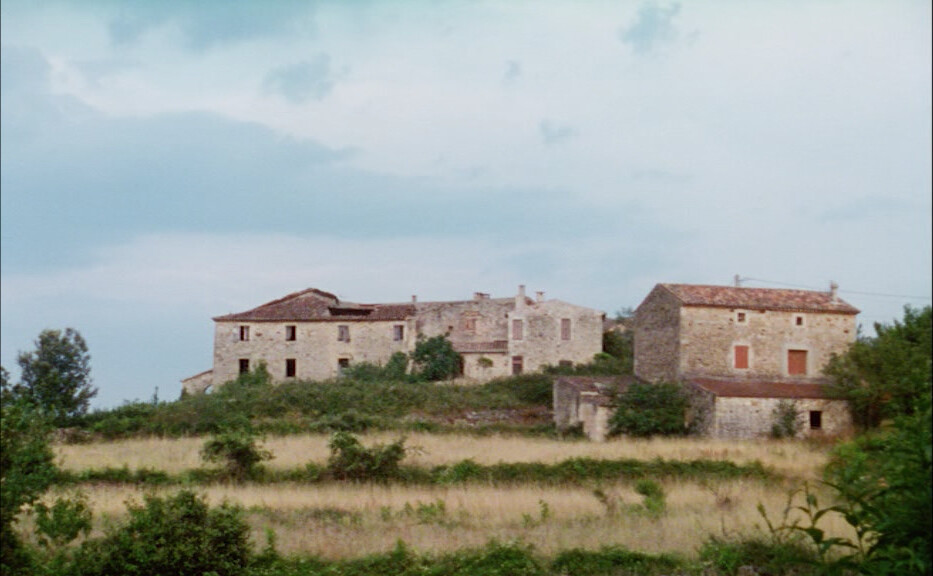 This is a documentary, er, interview film with the three main actors from Mai Zetterling’s move Flickorna (The Girls). It’s a brilliant movie, but was apparently quite controversial, and not a commercial success.

So we meet the actors again, 30 years later, and two years after Zetterling had died.

So… this isn’t quite a documentary movie: It’s quite nicely staged, and even if most of the talk seems improvised, there’s a lot of blocking (and I’m assuming retakes) going on. But it’s absolutely charming. And so well shot: One gorgeous take after another. And quite amusing.

The subtitle here is “A tribute to Mai Zetterling”, but… geeze… these three women didn’t really have much respect for her. It’s like “But how come she got to make these moves?” “Well, perhaps they found her exotic, being all international and stuff…”

And it sounds like Bibi, at least, didn’t even like Flickorna, but thought it was a rather stupid movie.

Well, Zetterling didn’t really get mentioned much… but this movie was filmed at the house Zetterling built up from a ruin, and envisioned being an artist’s retreat. It looks like a lovely house in a fantastic location, but Zetterling died before it was completed, it sounds like.

Ah, it’s still being cared for. That’s cool. I should go there sometime.