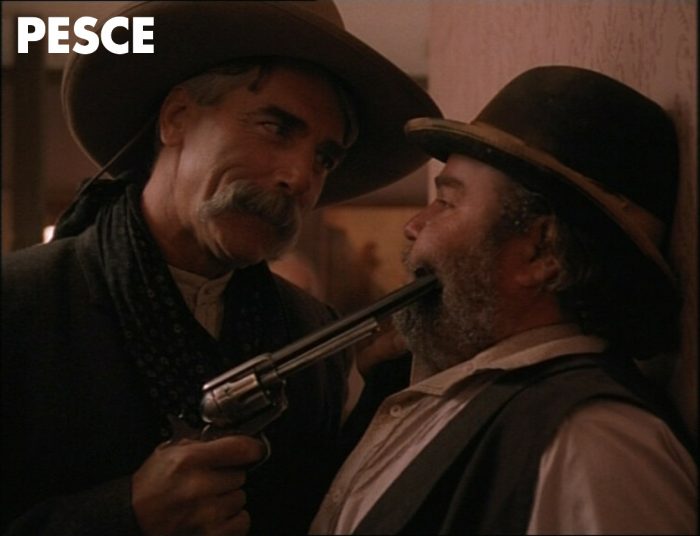 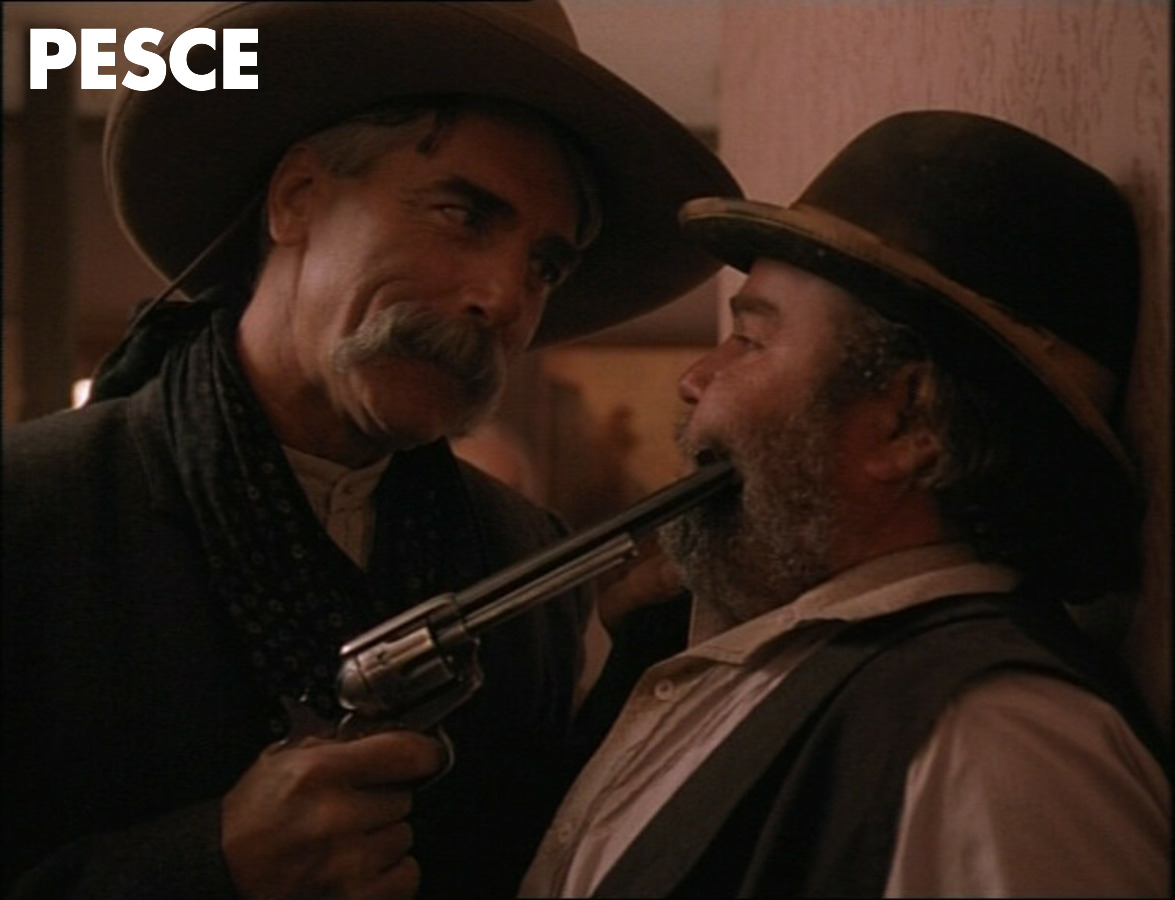 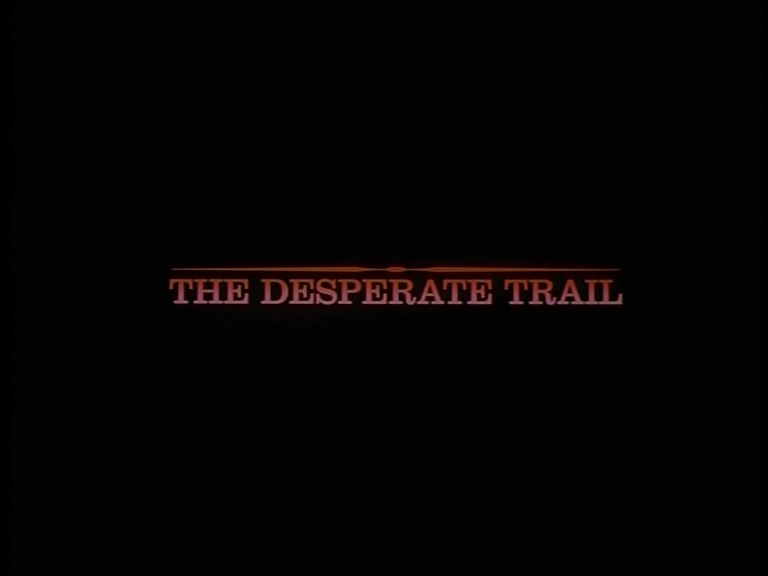 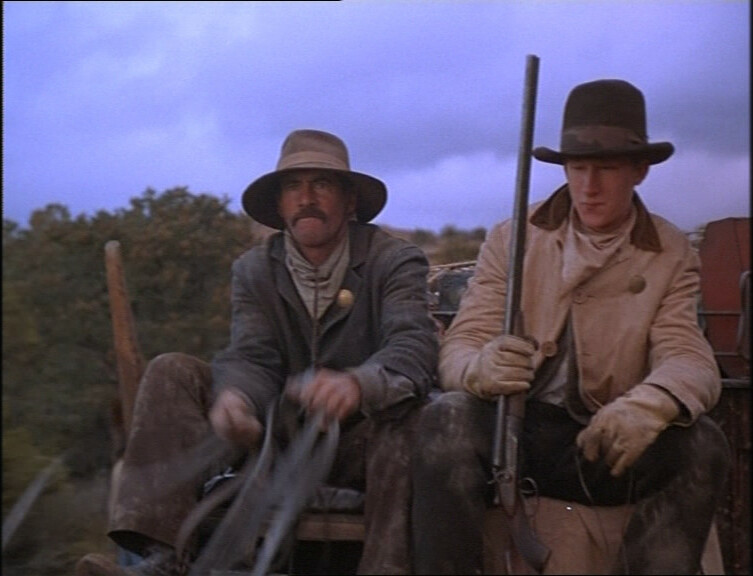 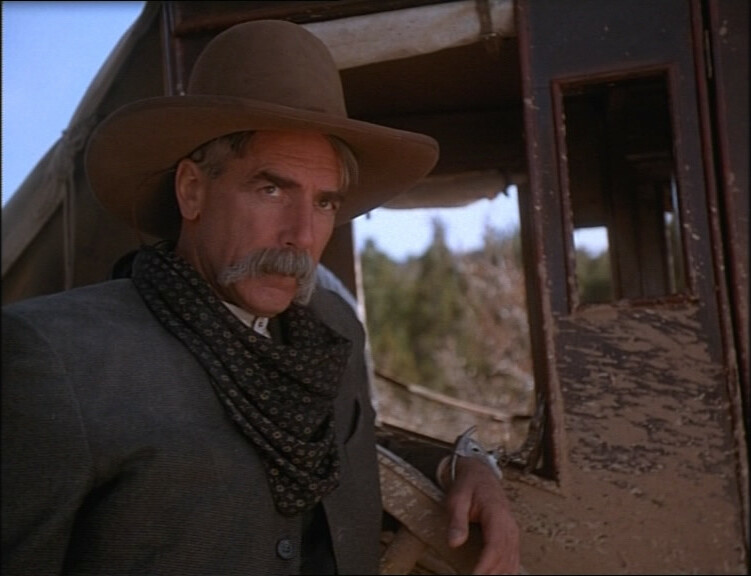 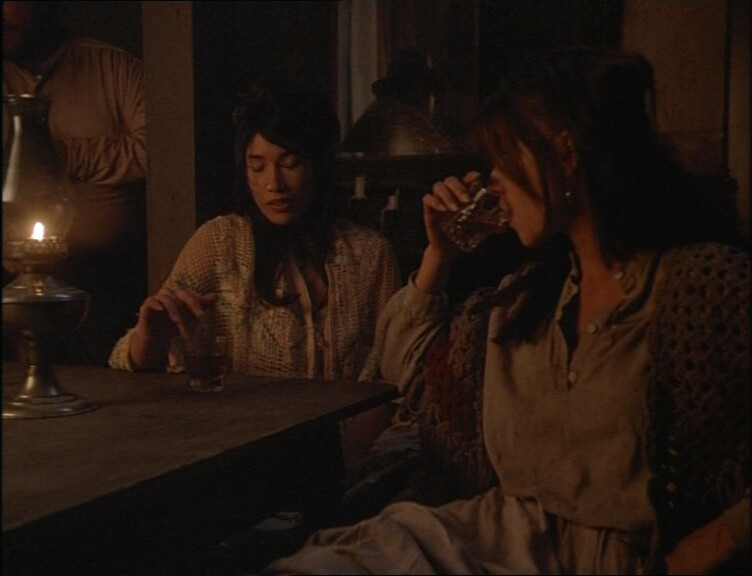 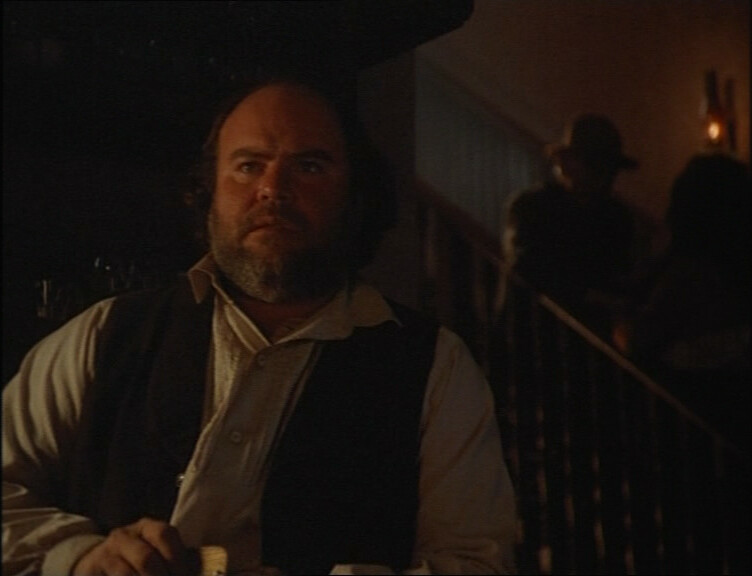 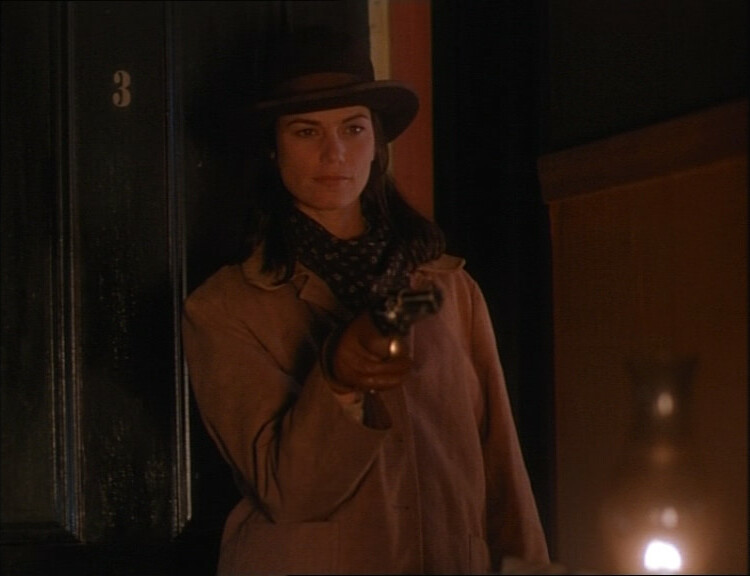 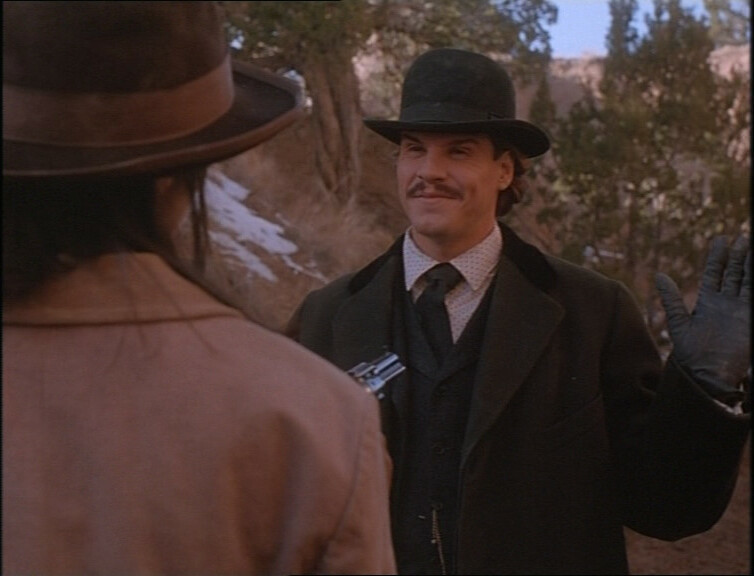 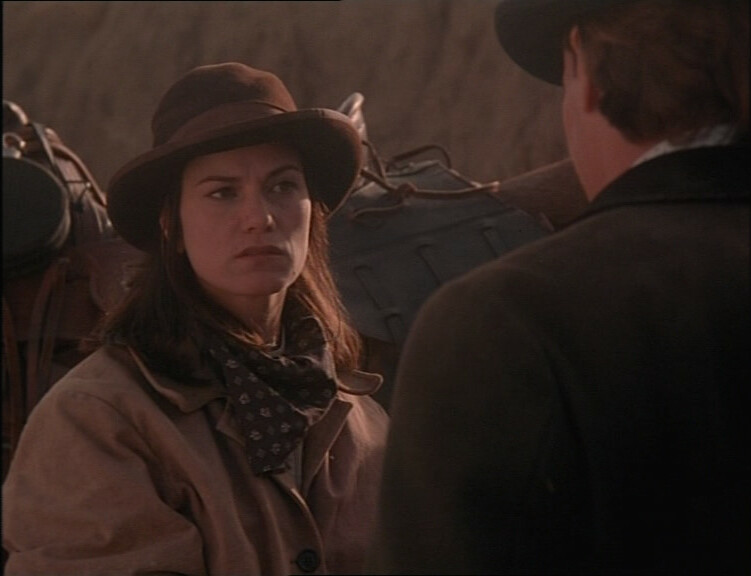 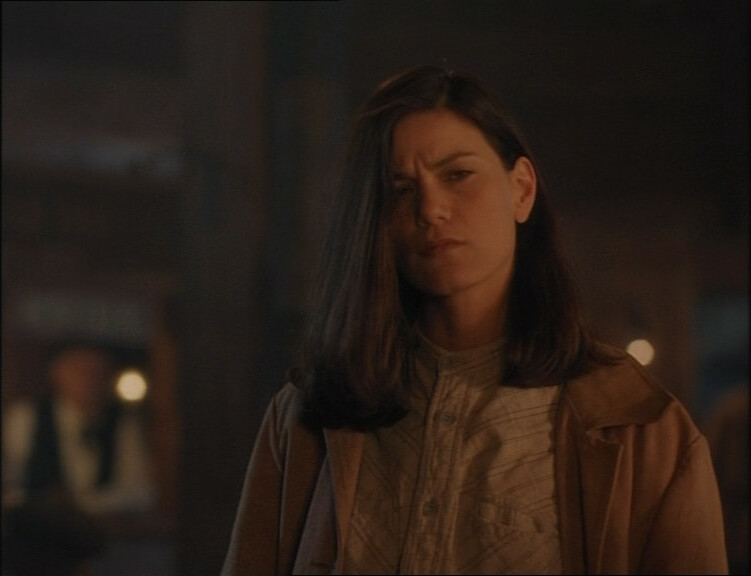 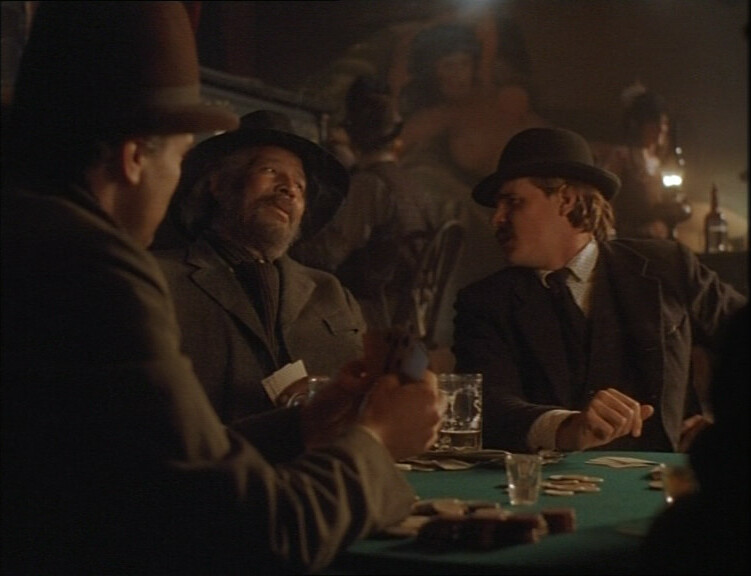 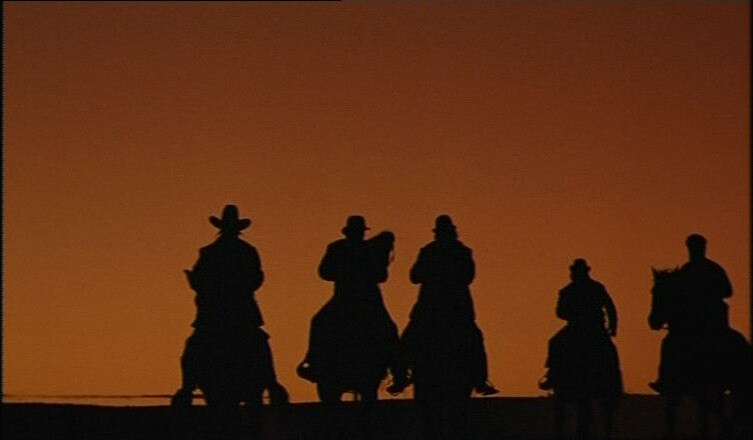 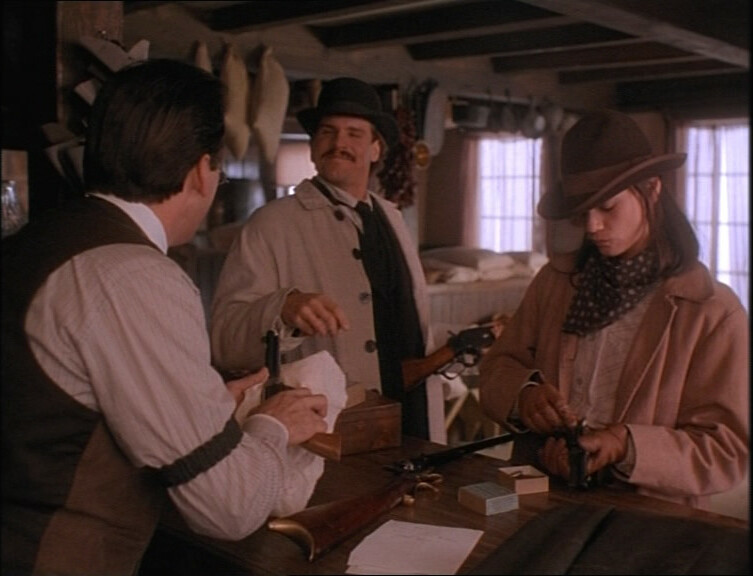 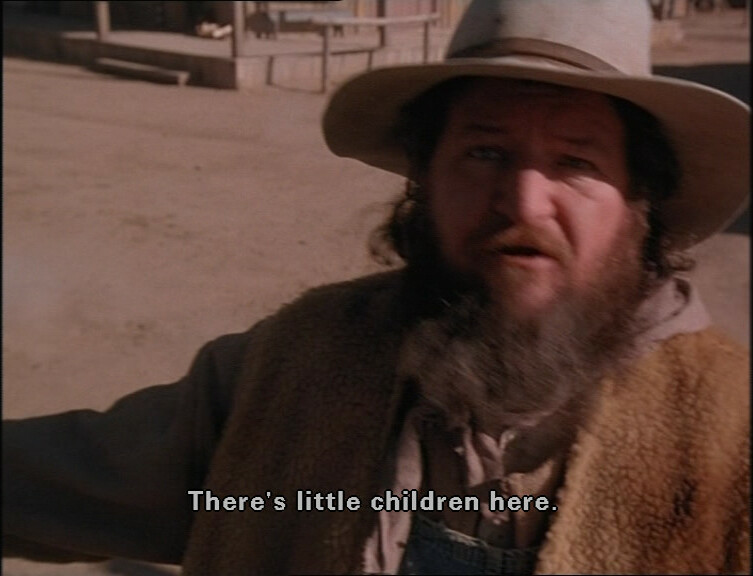 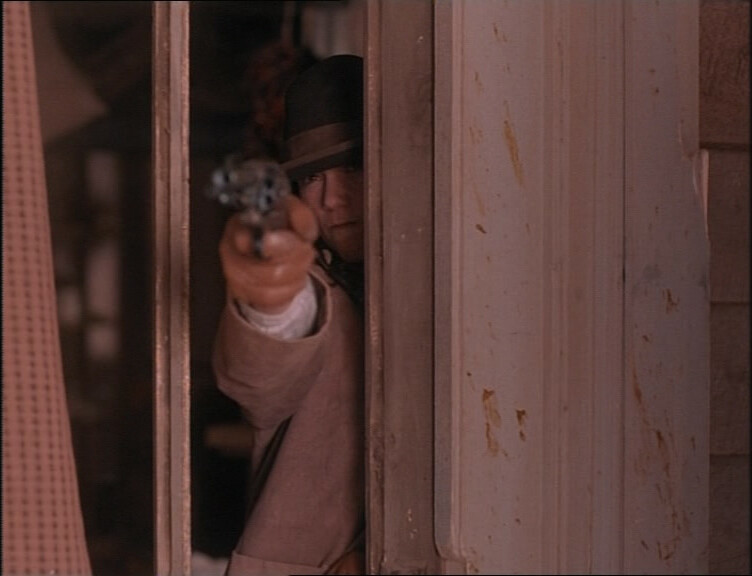 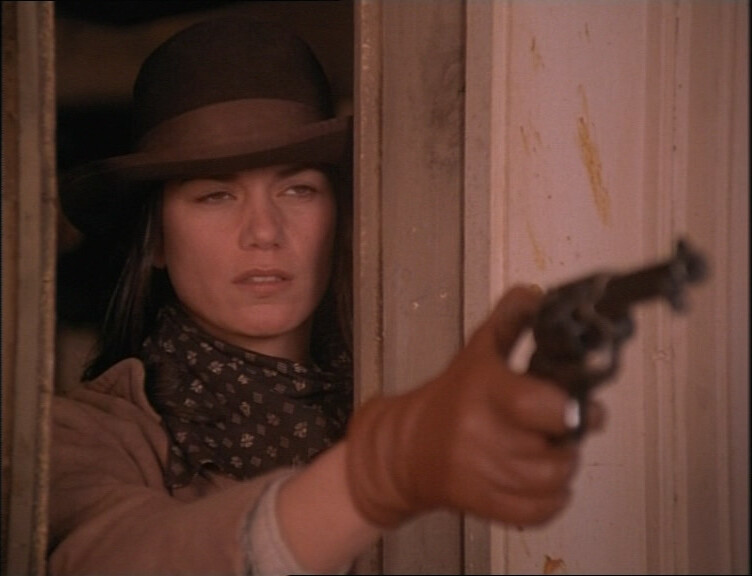 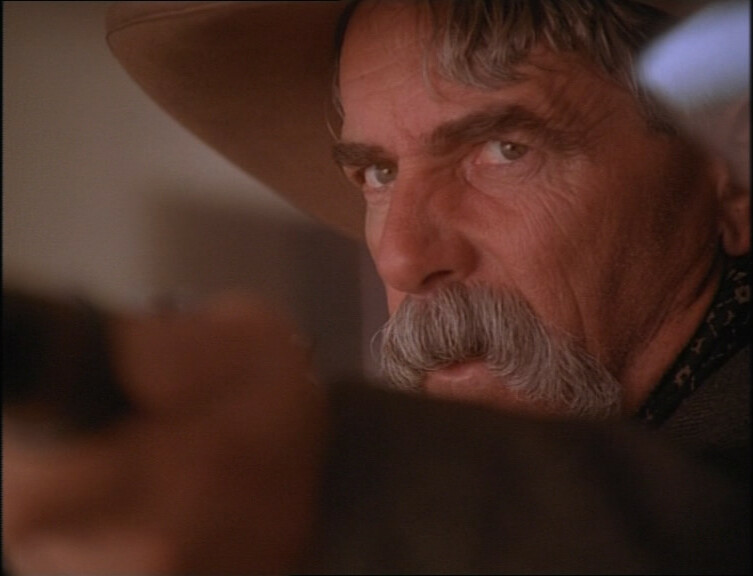 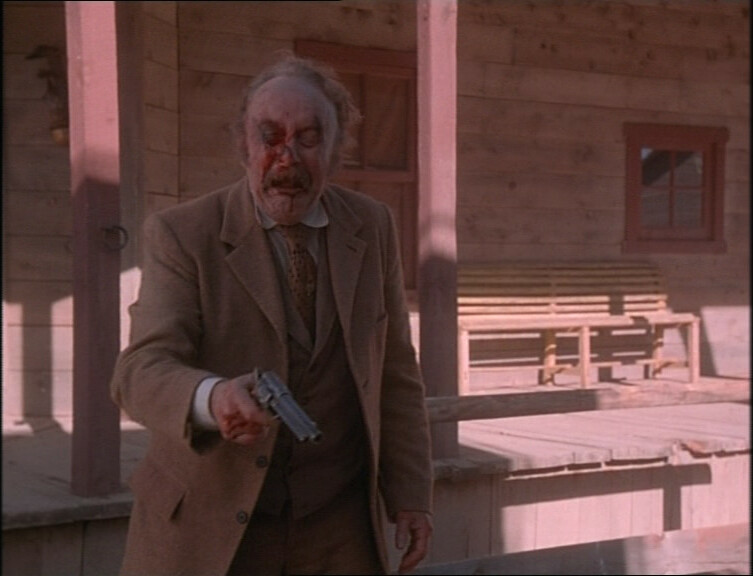 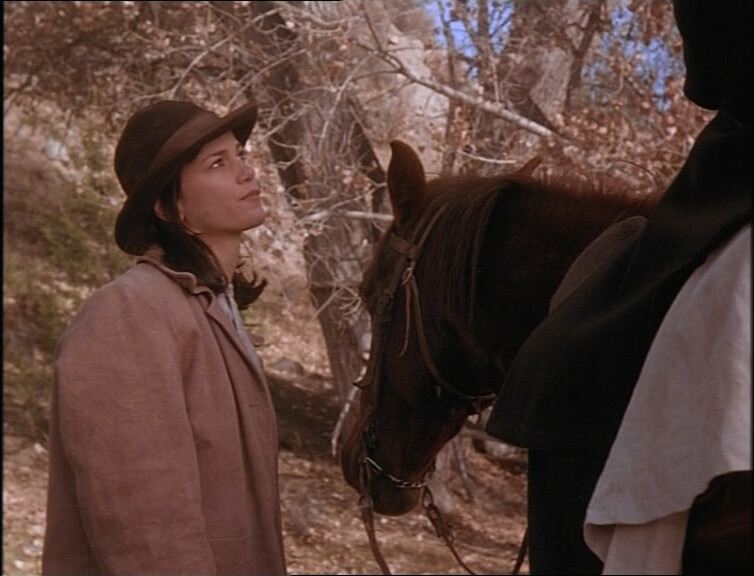 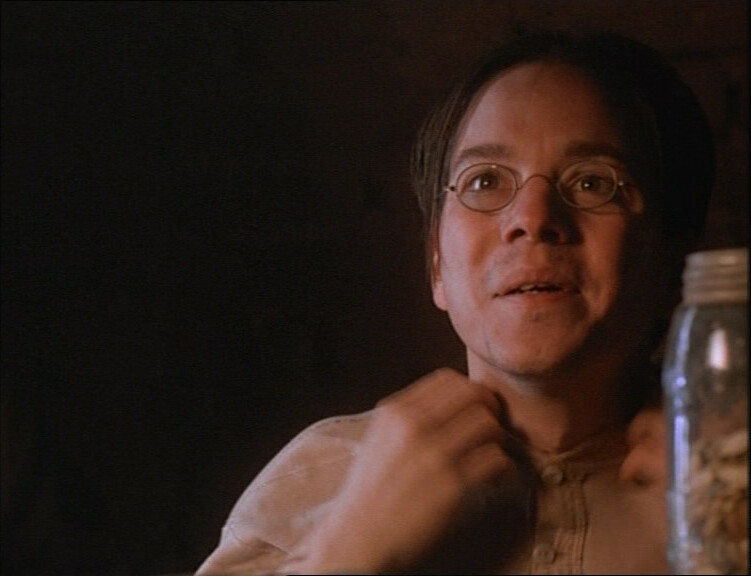 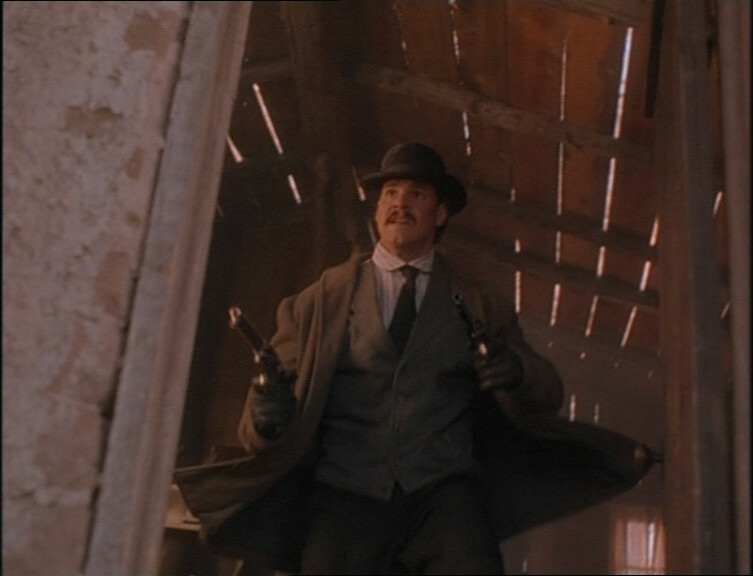 This movie was part of a quite interesting box set of Western movies: 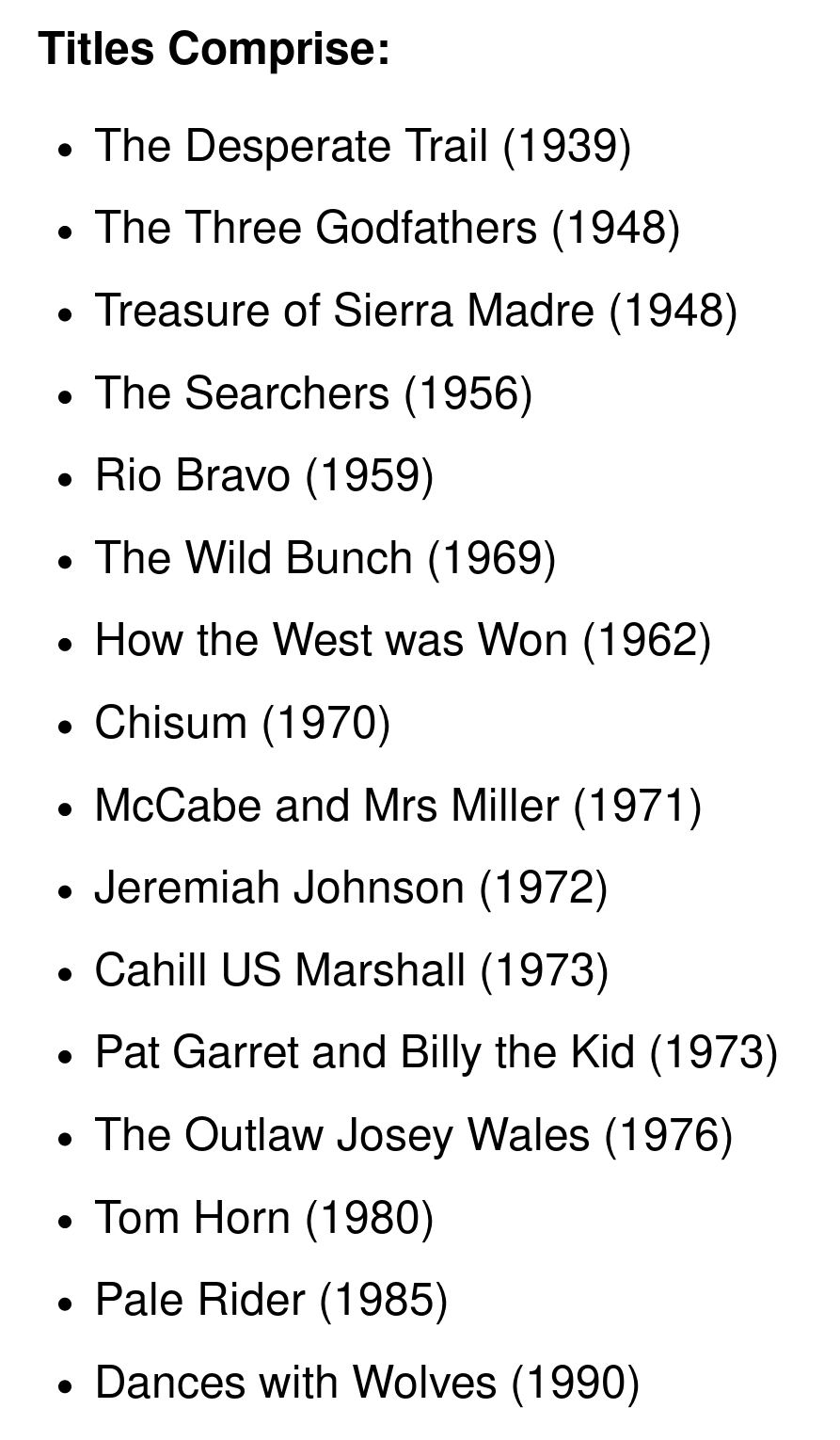 It’s probably the most obscure film on the set… and it’s a made-for-TV movie, which is why I haven’t seen it yet. But the other day, I watched Lost Boys: The Tribe, which is by the same director, so I thought “what the hey”…

And hey’s for horses, so here we are.

Hey! This is a lot of fun! It’s one of those “revisionist westerns”, which shouldn’t surprise me in this box set. It’s really cheaply made, but Pesce tries his best to make everything look all Peckinpah… and mostly failing, because you can’t do that on a made-for-TV movie: The aesthetics are completely different.

But the plot has taken some really fun swerves already, and the actors seem like they’re enjoying themselves, which always helps. Sam Elliott, of course, but Linda Fiorentino’s the most fun to watch so far.

It’s… it’s got problems. Everything’s so dark. I mean, visually. Whenever they’re inside, the colour gamut goes from “dark brown” to “very dark brown”, making it hard to tell what’s even going on. Was Pesce trying to film this with natural lighting only or something?

Storywise, it turns out the happy-go-lucky outlaws kinda trigger-happy, which makes it less of a “yeee-haw!” and more “yeee… uhm… uhm… did she just kill five innocent bystanders and then we went to the next scene?” It seemed like they were setting up a fun, fantasy Western land with modern make-up and hair care and morals, and then it turned towards nihilism. (On the other hand, I may have misinterpreted what was happening in that saloon… so brown and dark…)

This movie hit a brick wall once they went to the guy’s farm. Instead of fun pulp, we get deep character development.

I’m so bored now. Fiorentino is still fun, though.

The movie never really recuperated from the descent into character development. There’s some good scenes here and there, and it tries so hard to make us feel the insanity of it all (the deranged lawman and the rest), but it’s just badly paced. There’s the nugget of a really special movie in here, but the pacing is so bad.

But I can totally see why they included this on this box set (besides being a “new” movie, and probably very cheap): It does enter into a dialogue with previous western classics.