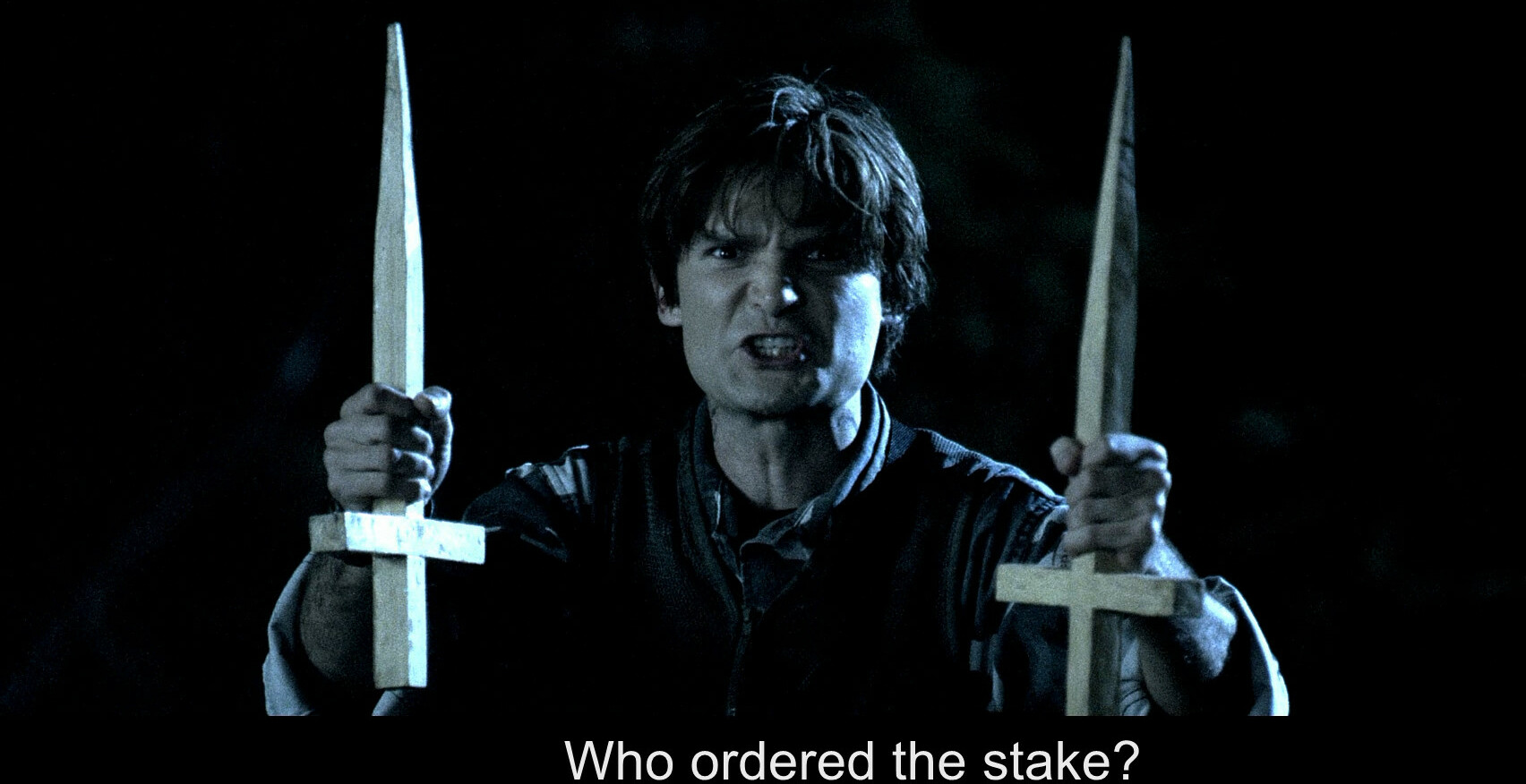 Uh-oh. I didn’t think the imdb scale went that low.

Anyway, I’m watching this because… it was included in the Lost Boys bluray package. It’s apparently a cheapie done without much of a connection to the original Schumacher classic? But Corey Feldman is supposed to do an appearance…

I’m kinda enjoying this so far. The surfer-vamps-killing-the-1%-vamp was fun and surprising — it’s like they were expecting us to expect it, but then knowing that that’s what we were expecting, so it’s the opposite, but then they did the opposite of the opposite, so it’s… er… where was I… yes, I’ve mixed a batch of batida de mango indeed.

The only thing annoying so far is the cheapo early digital video they’re using. It looks great during the night scenes, but in the daytime scenes, everything that’s bright gets grainy and shimmery. In a bad way.

Feldman showed up and tries to talk approx. two octaves below his natural register. “I am Batman I mean Edgar Frog.” The CGI sequences are sooo bad… even for a 2008 movie. But, like, it didn’t have much of a budget… perhaps they shouldn’t even have tried? The practical, cheap stuff looks fine and gross.

I’m still not understanding the “4.5” rating: I’ve seen so many movies that are a lot worse than this. This has engaging actors and a pretty amusing plot. Perhaps voting has been brigaded by old Lost Boys fanatics?

It kinda lost the plot somewhere? I mean, I’m not quite sure where, because it seemed to be going somewhere? But suddenly it was all boring for quite a while.

Still! I kinda liked it? Feldman is so over-the-top that you (i.e., I) can’t help but smile, and it’s just generally kinda likeable? I mean, it’s not a “good movie”… but it’s fun. It’s like an 80s horror movie?