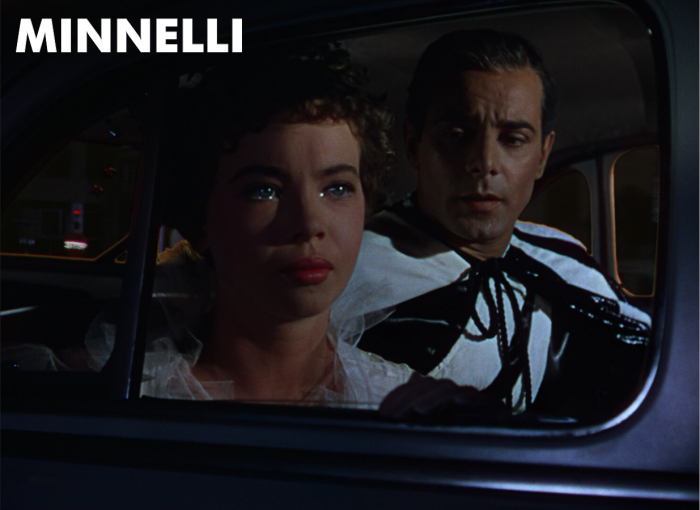 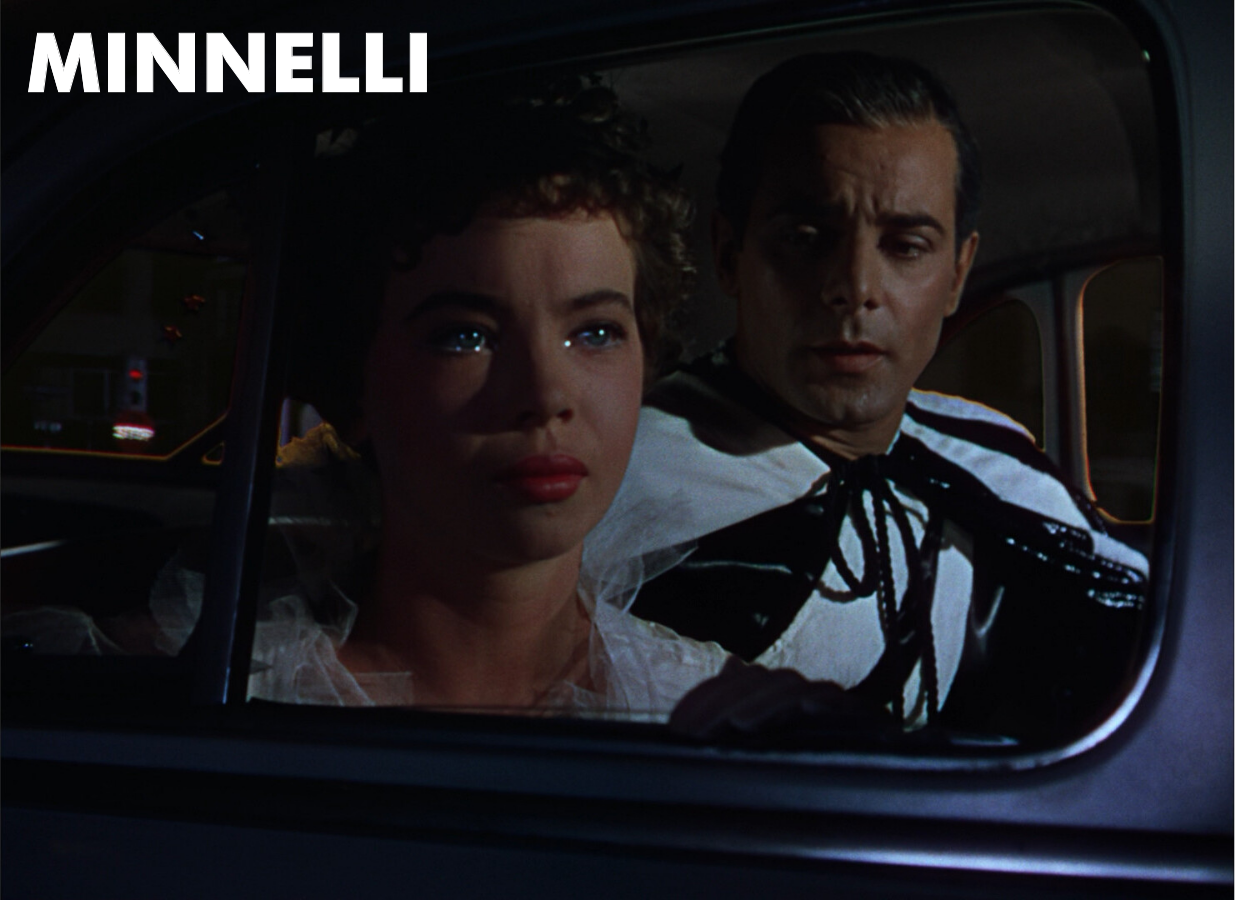 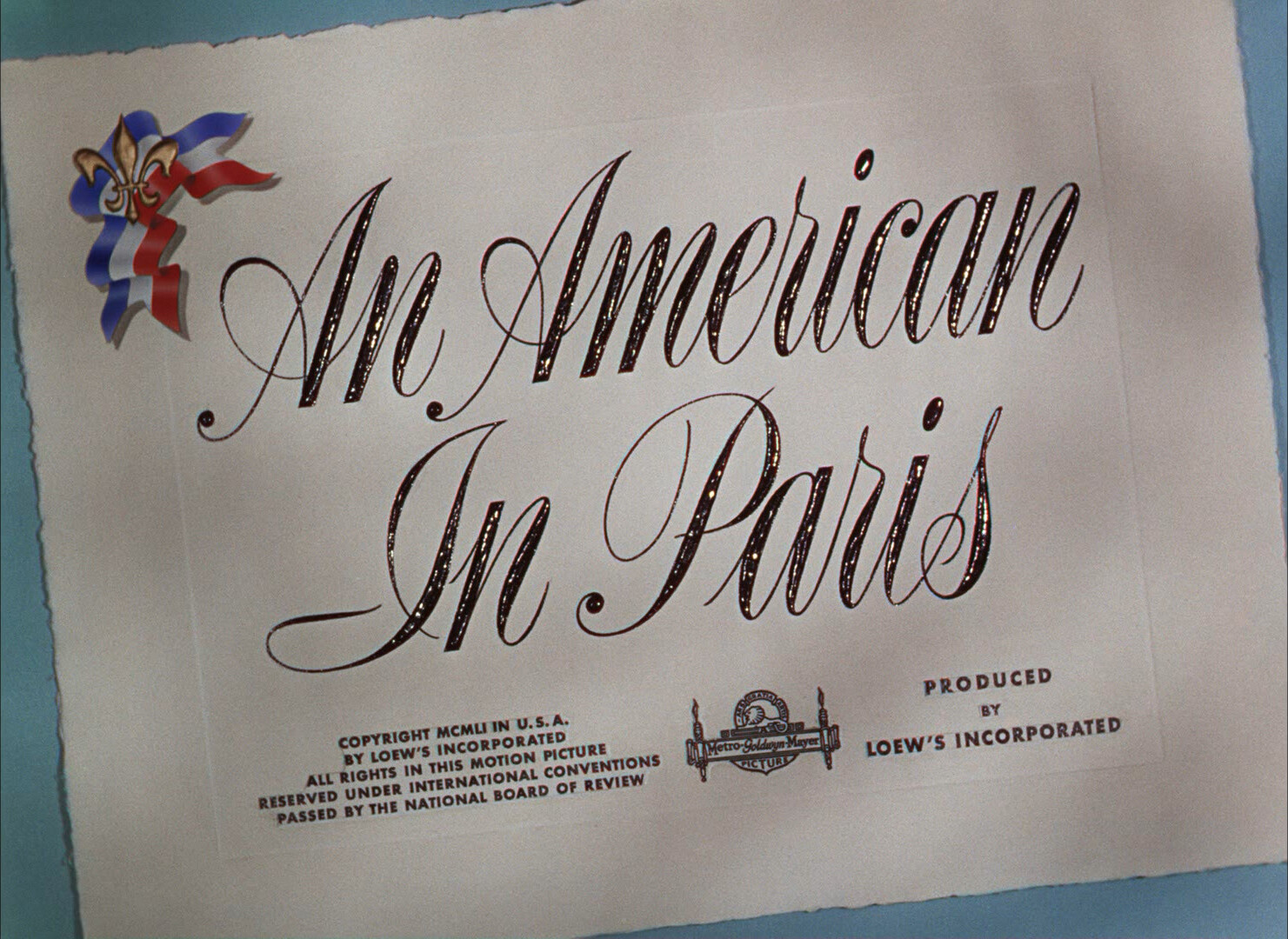 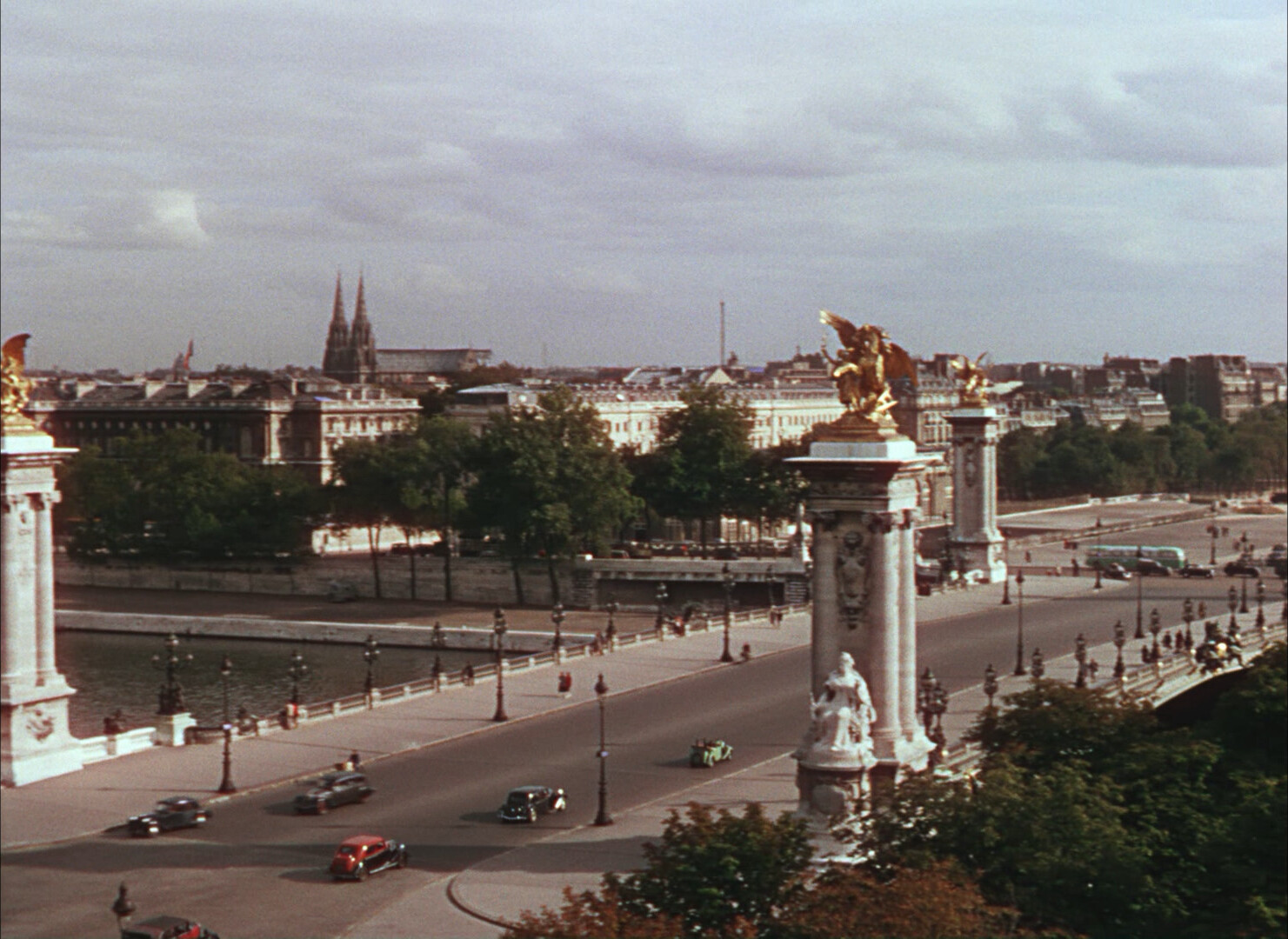 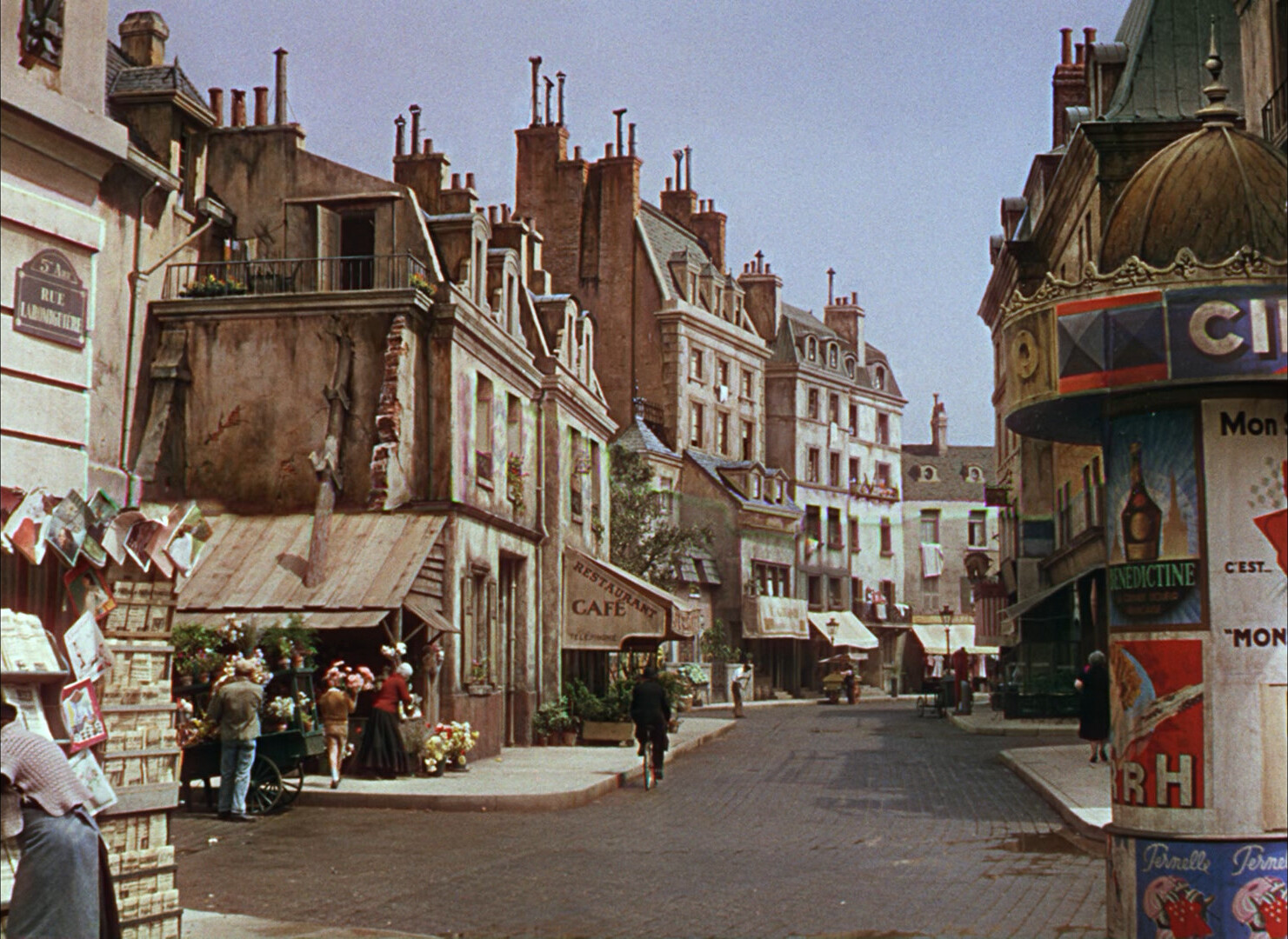 Ah, one of these old films with Liza Minnelli and Grace Kelly… or something like that.

Paris! This movie may be paid for by the French tourist board. 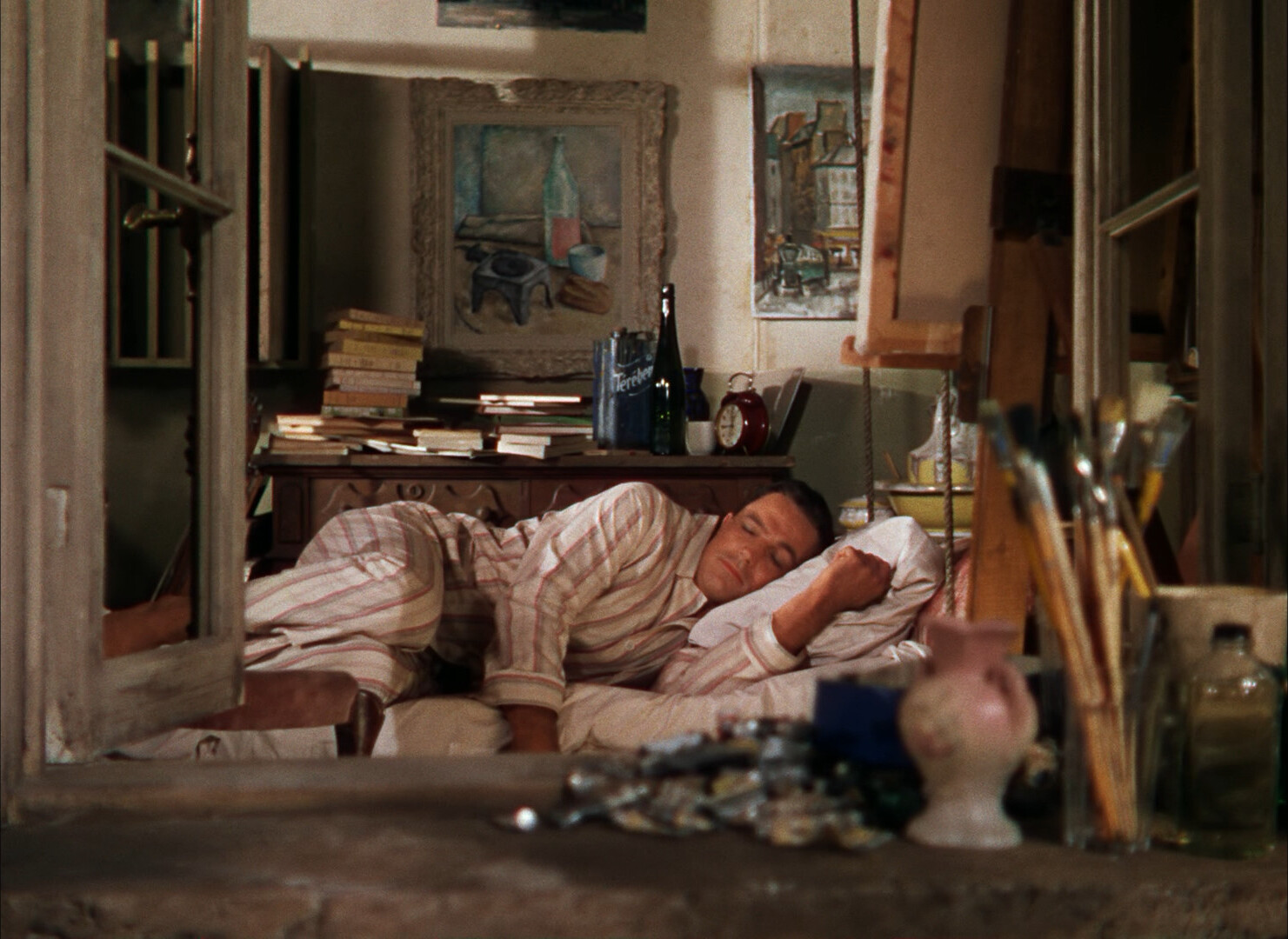 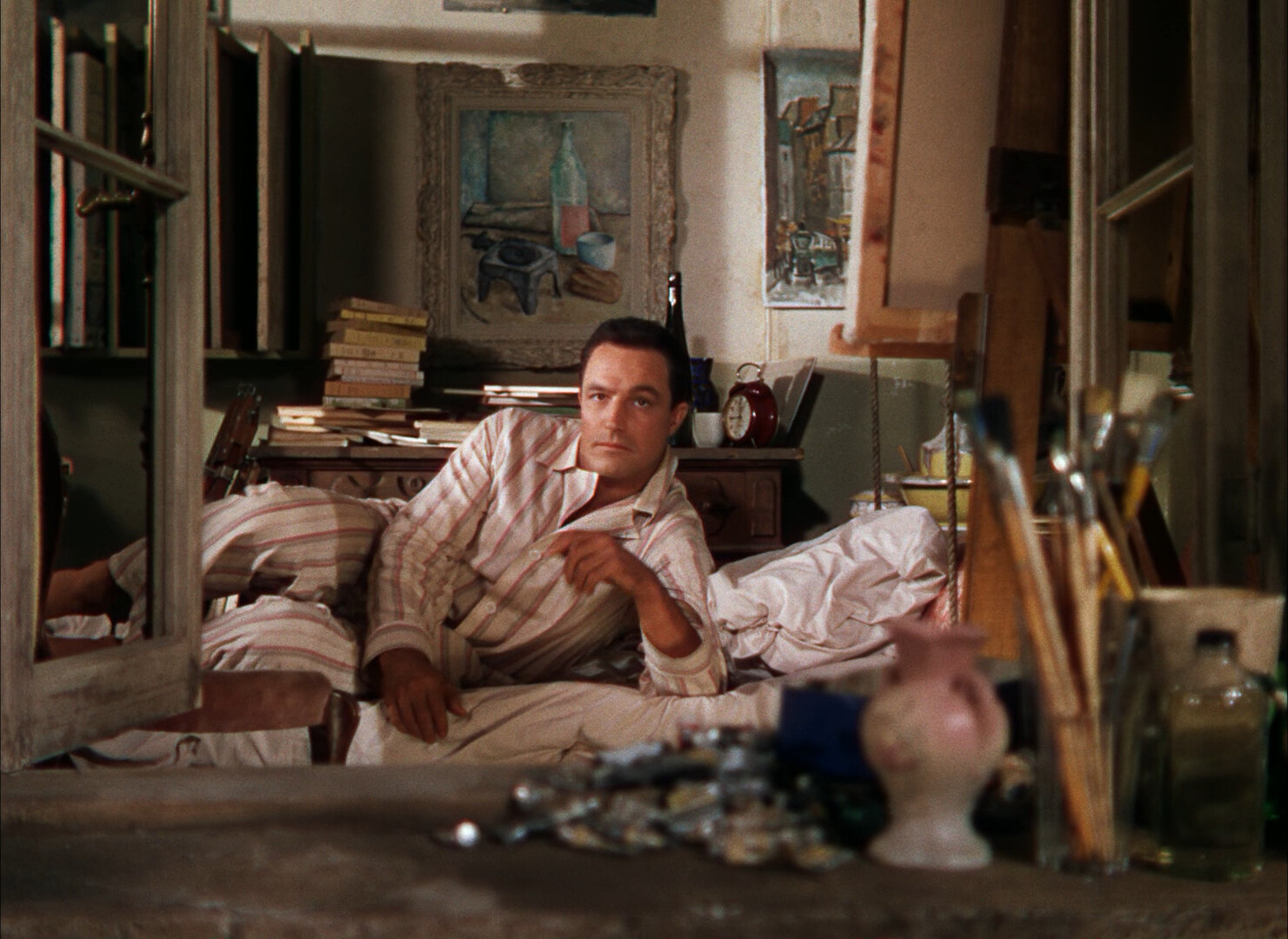 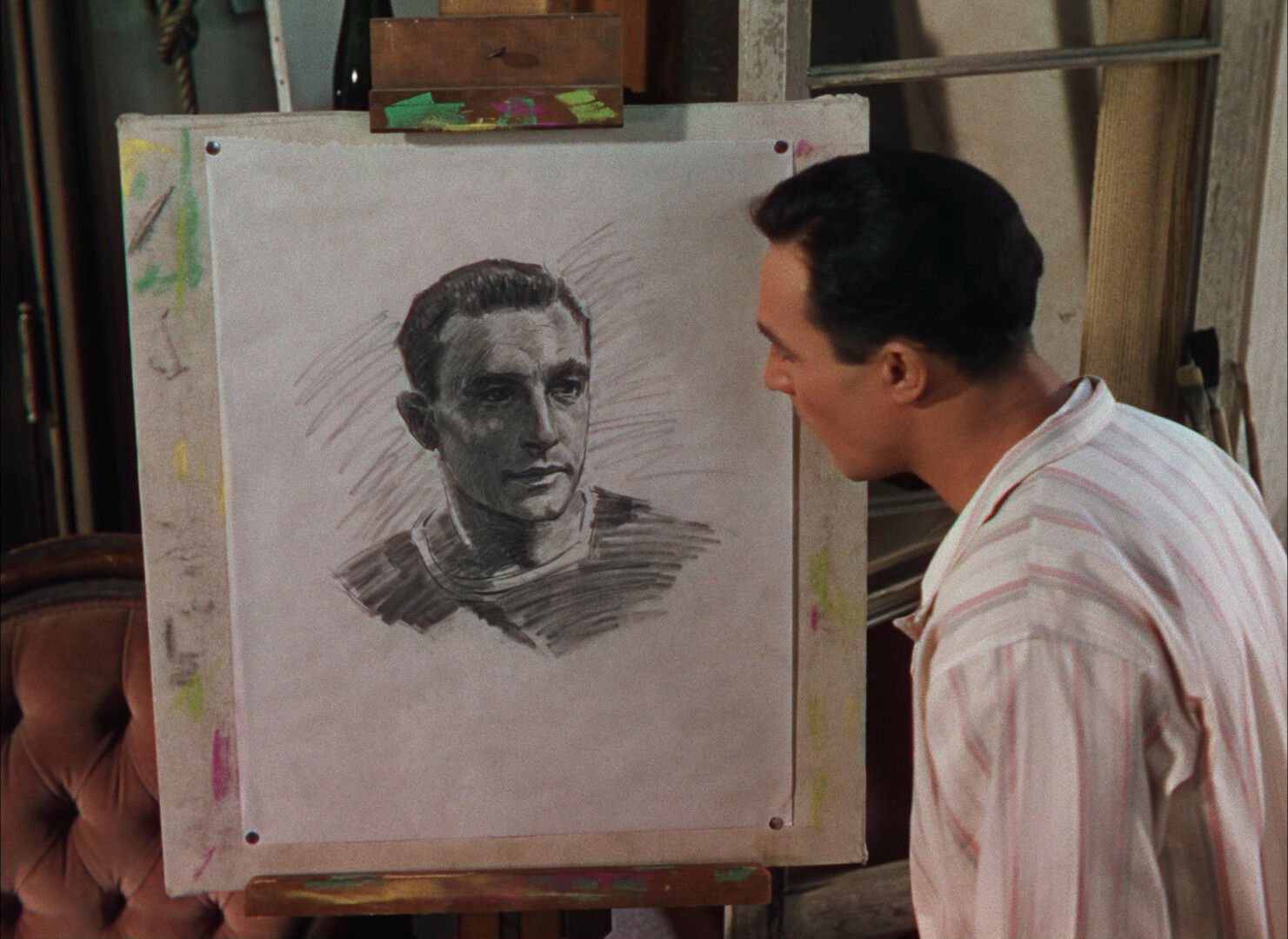 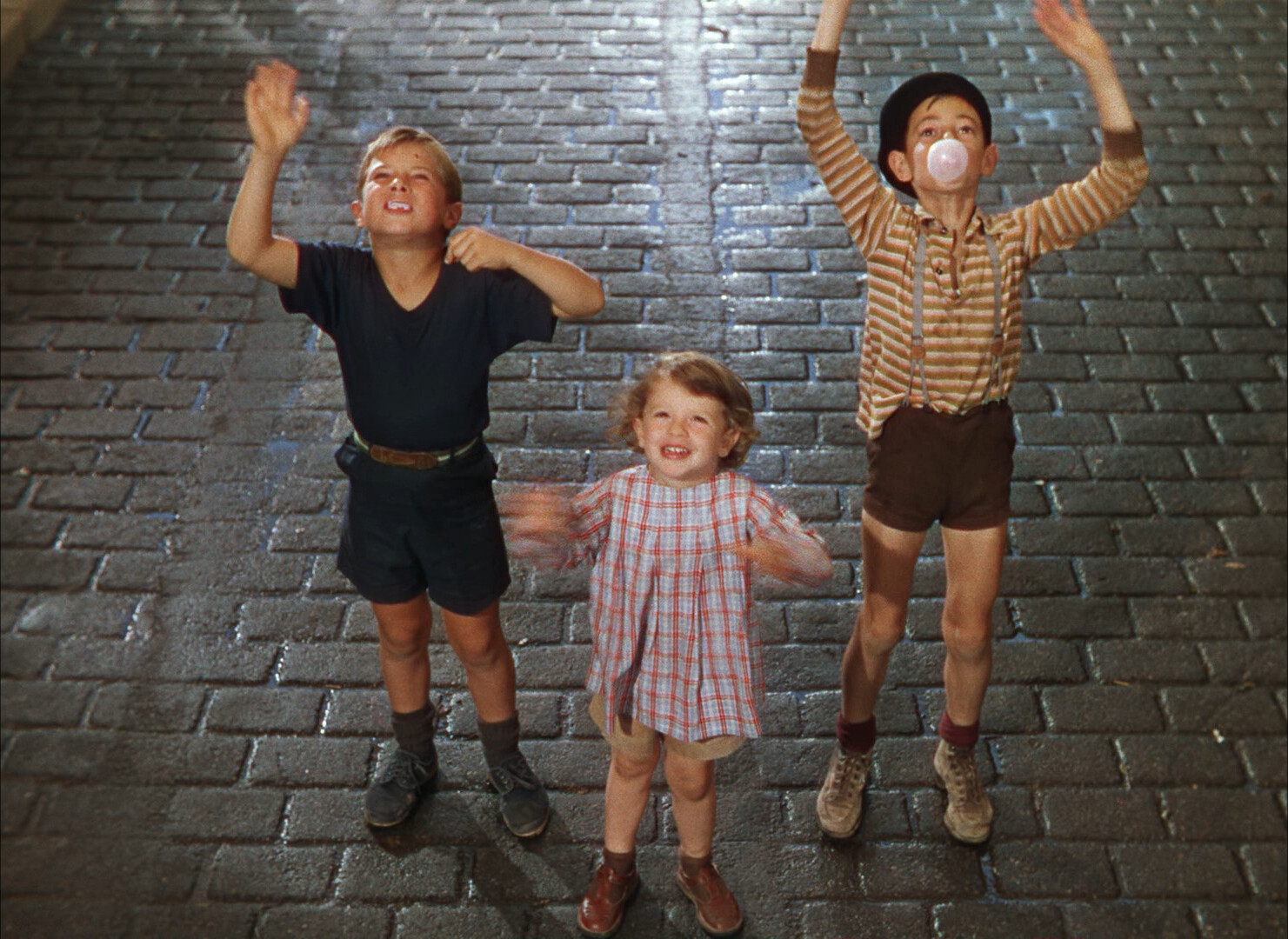 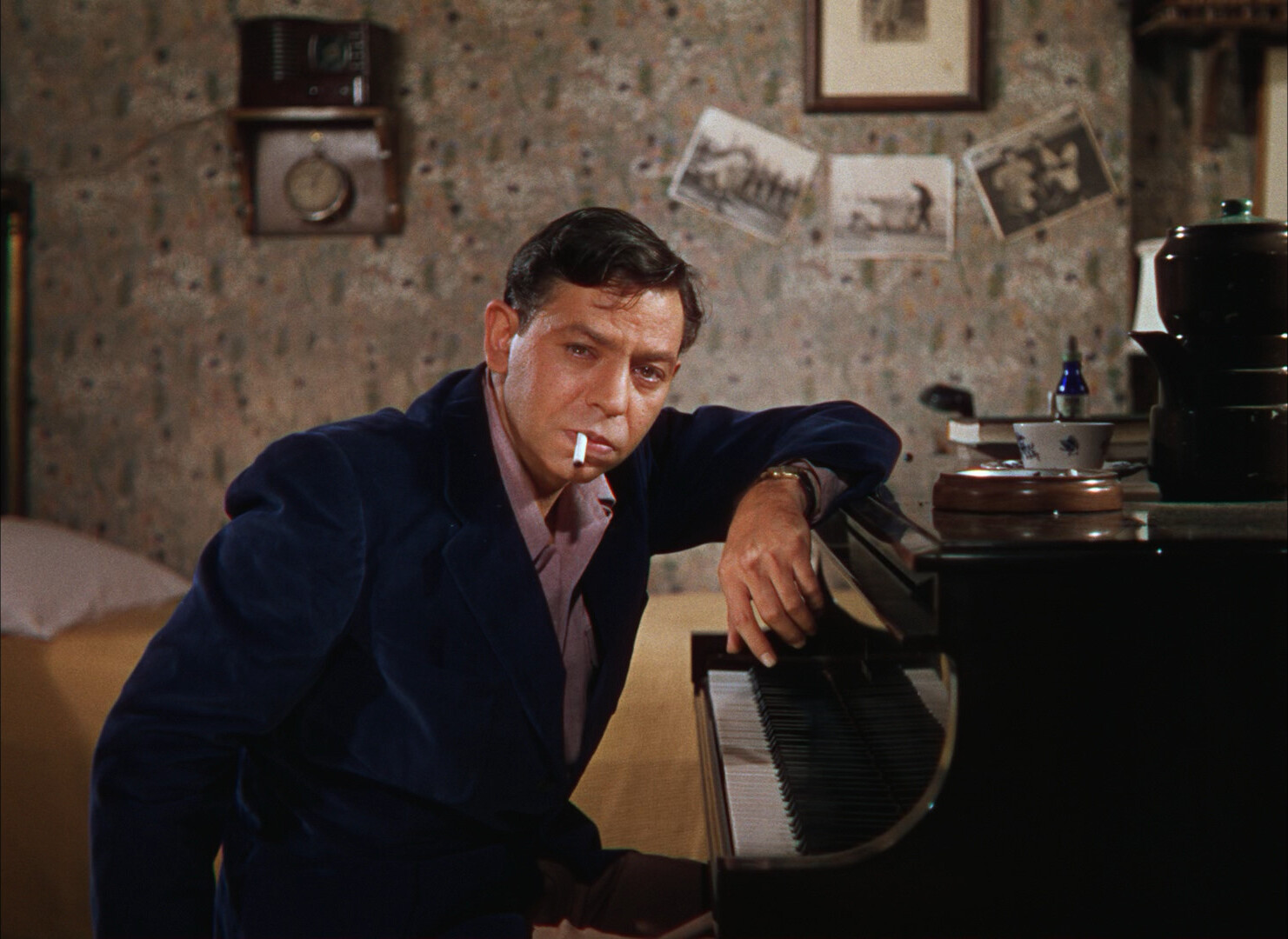 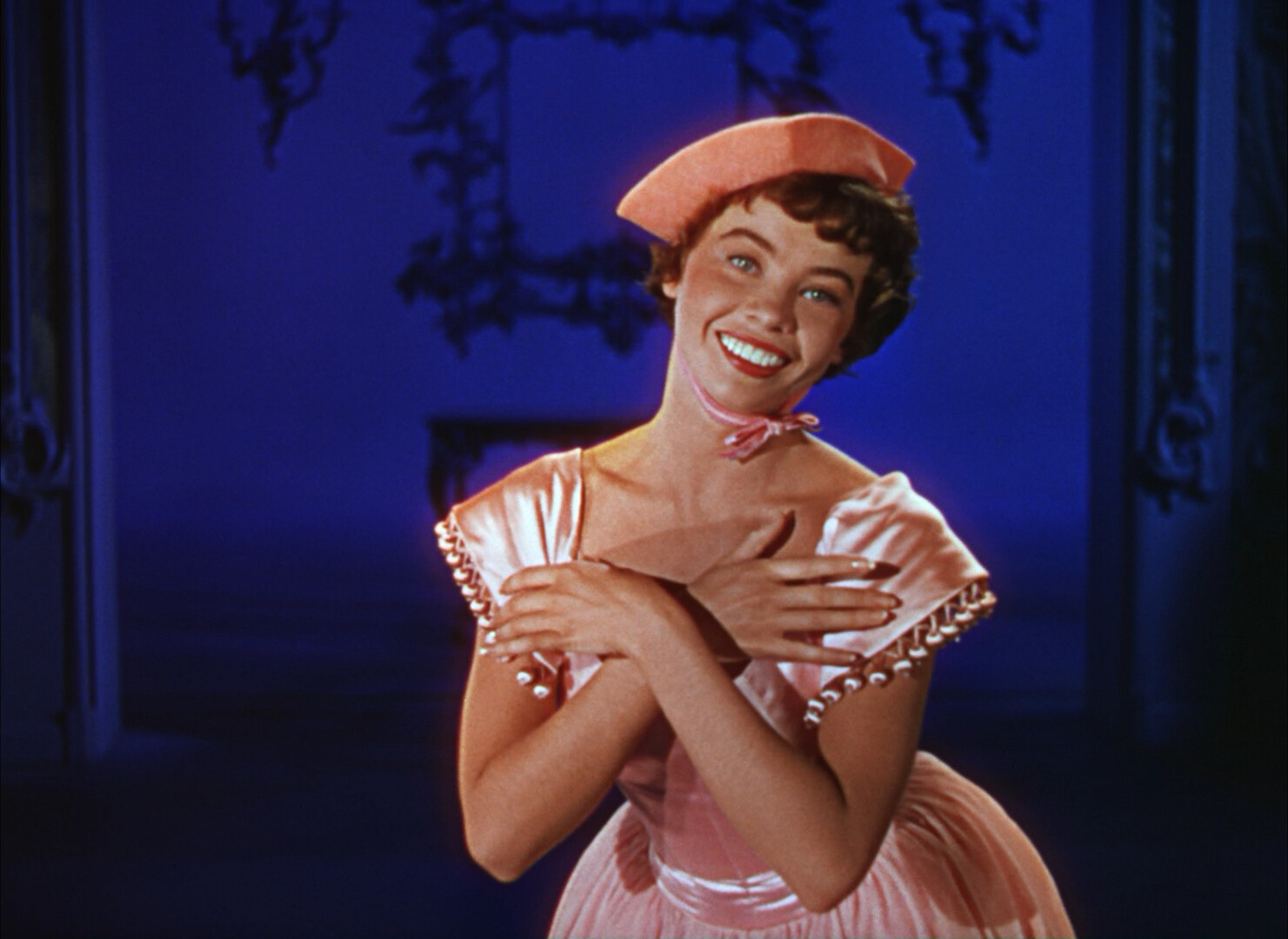 Hey! That’s Leslie Caron! I saw a movie with her just the other day… what are the chances… And that was with Fred Astaire. So she only needs to do a movie with Ginger Rogers now. 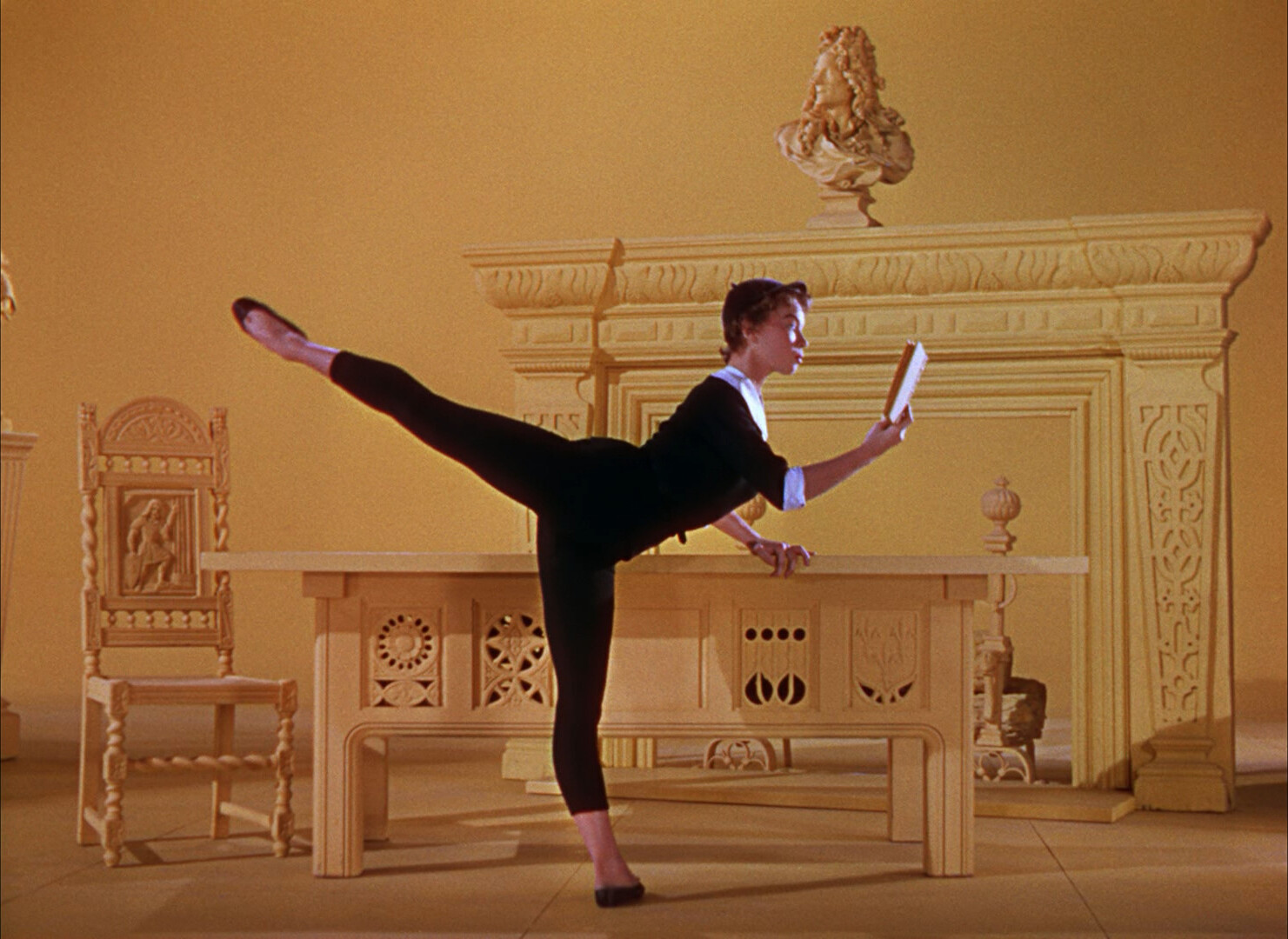 That’s how I always read my books. 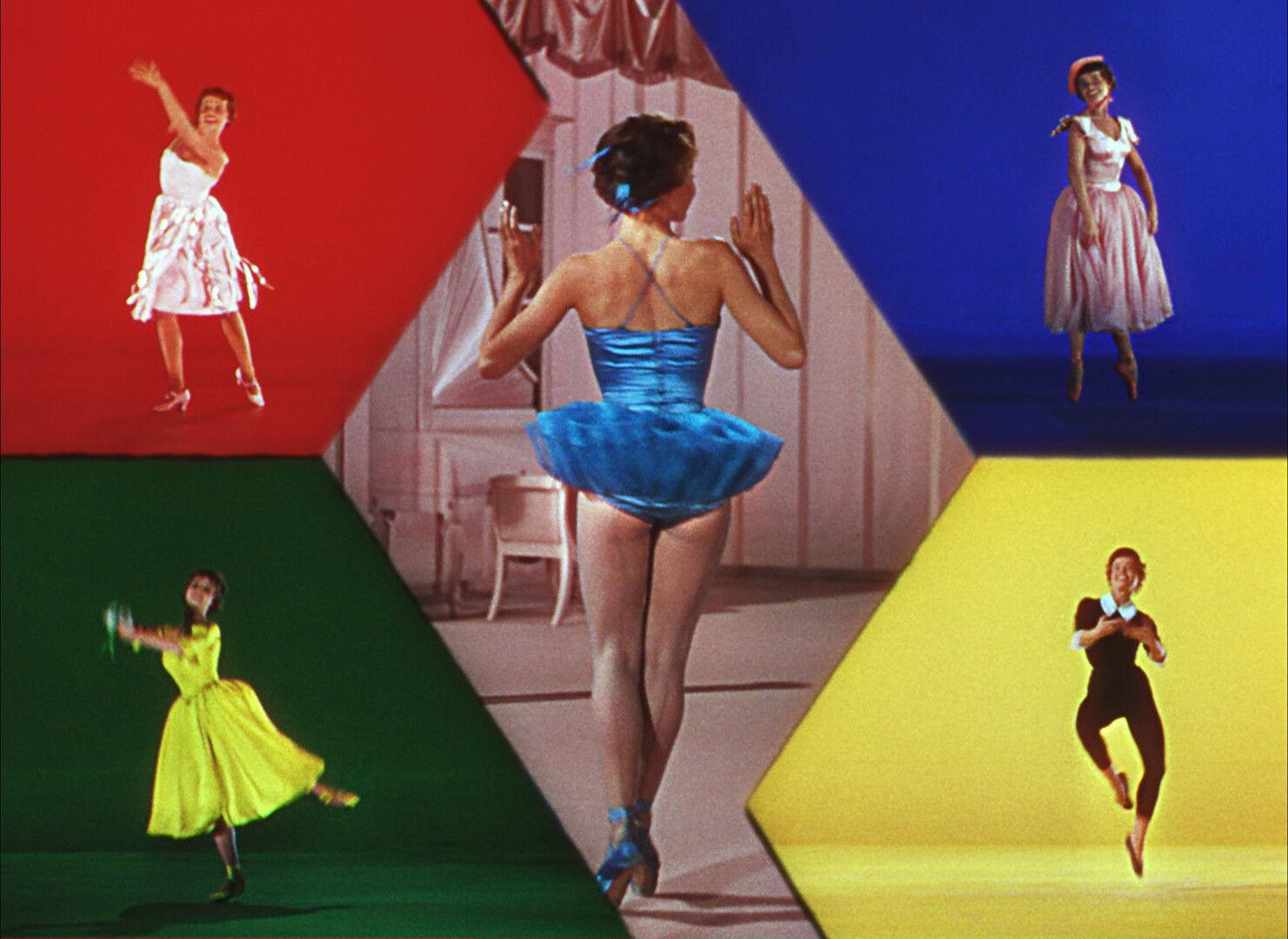 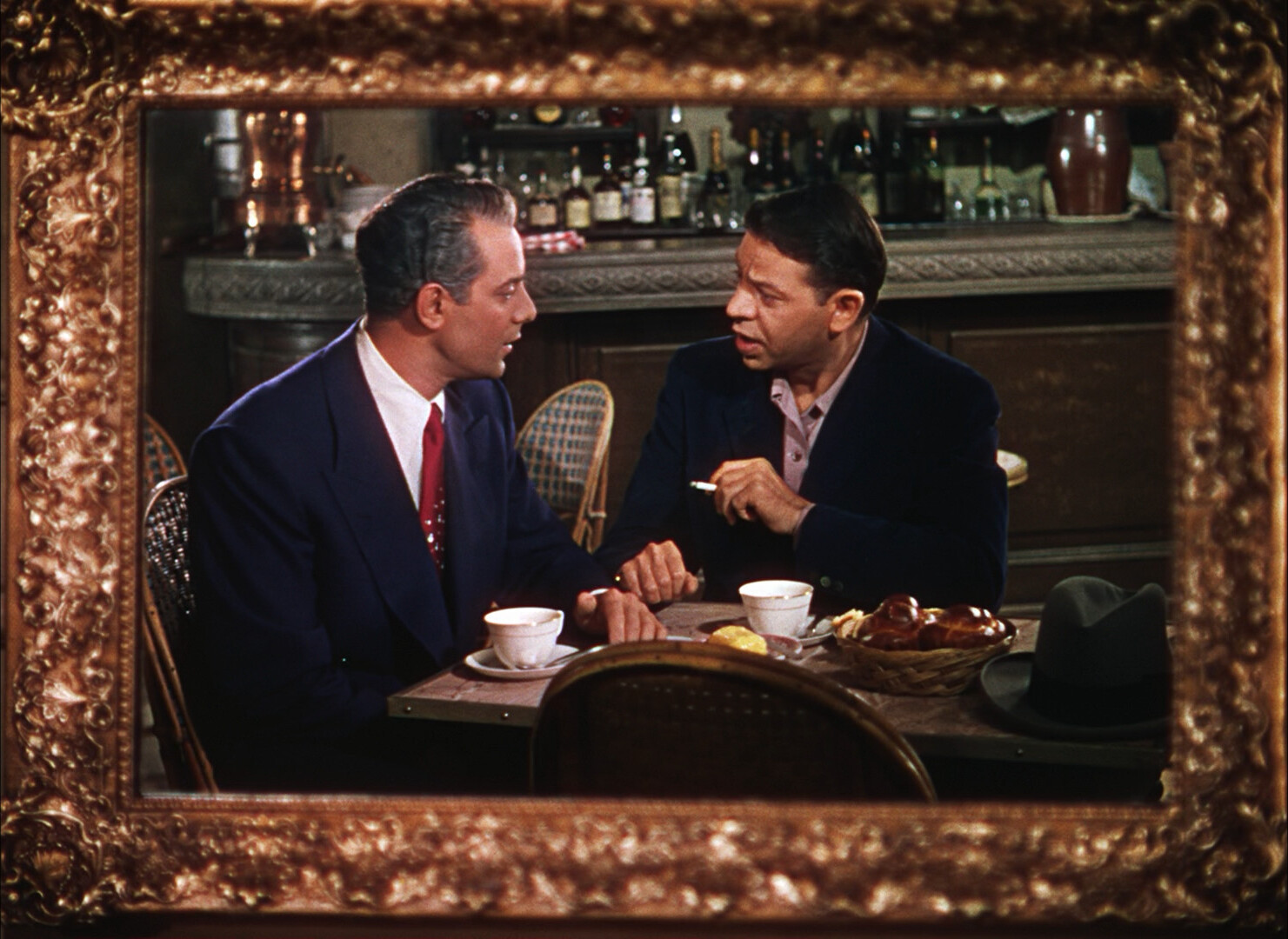 Minnelli was having fun with the framing here. 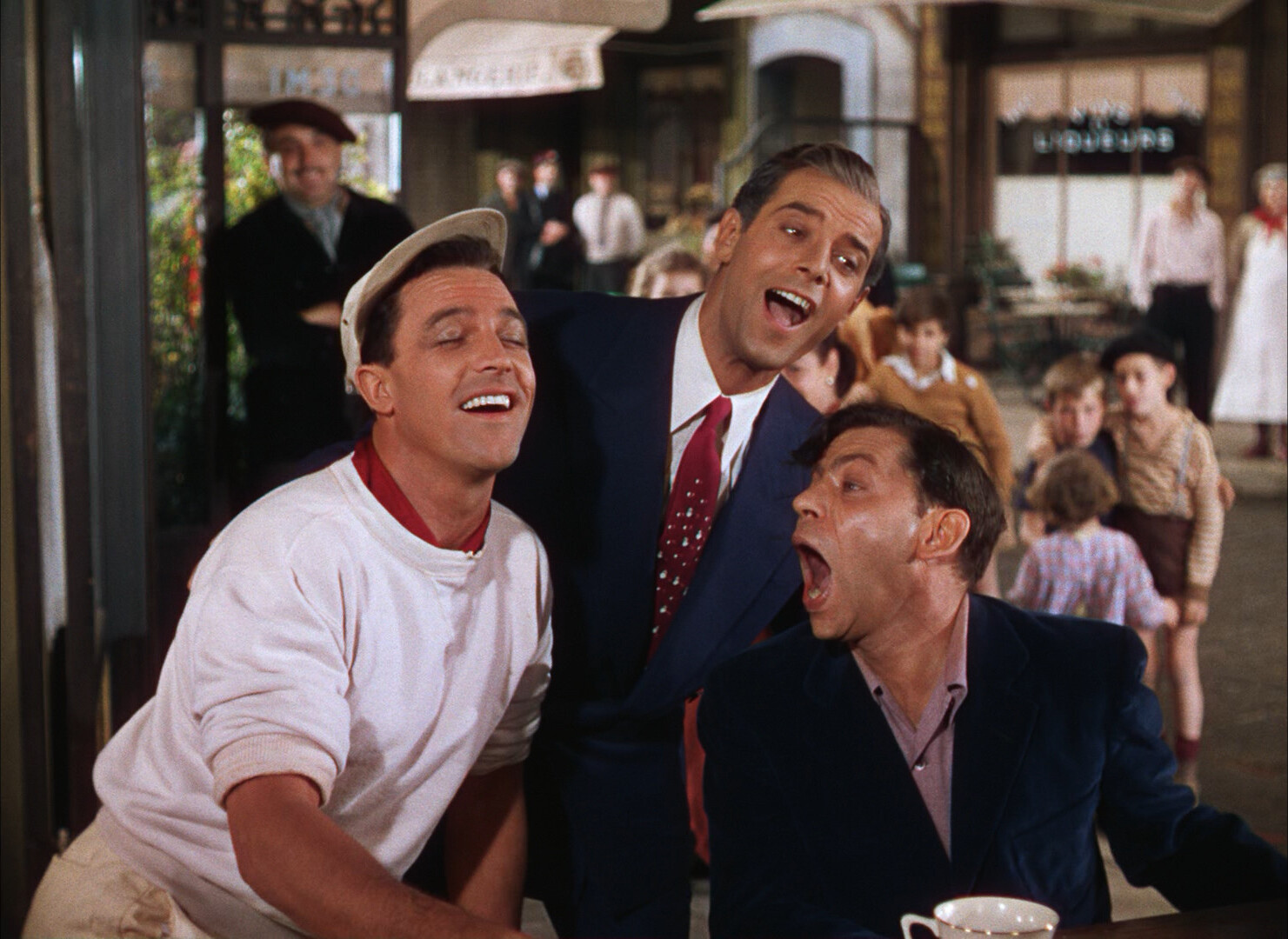 And in general, everybody’s goofing it up to the max. 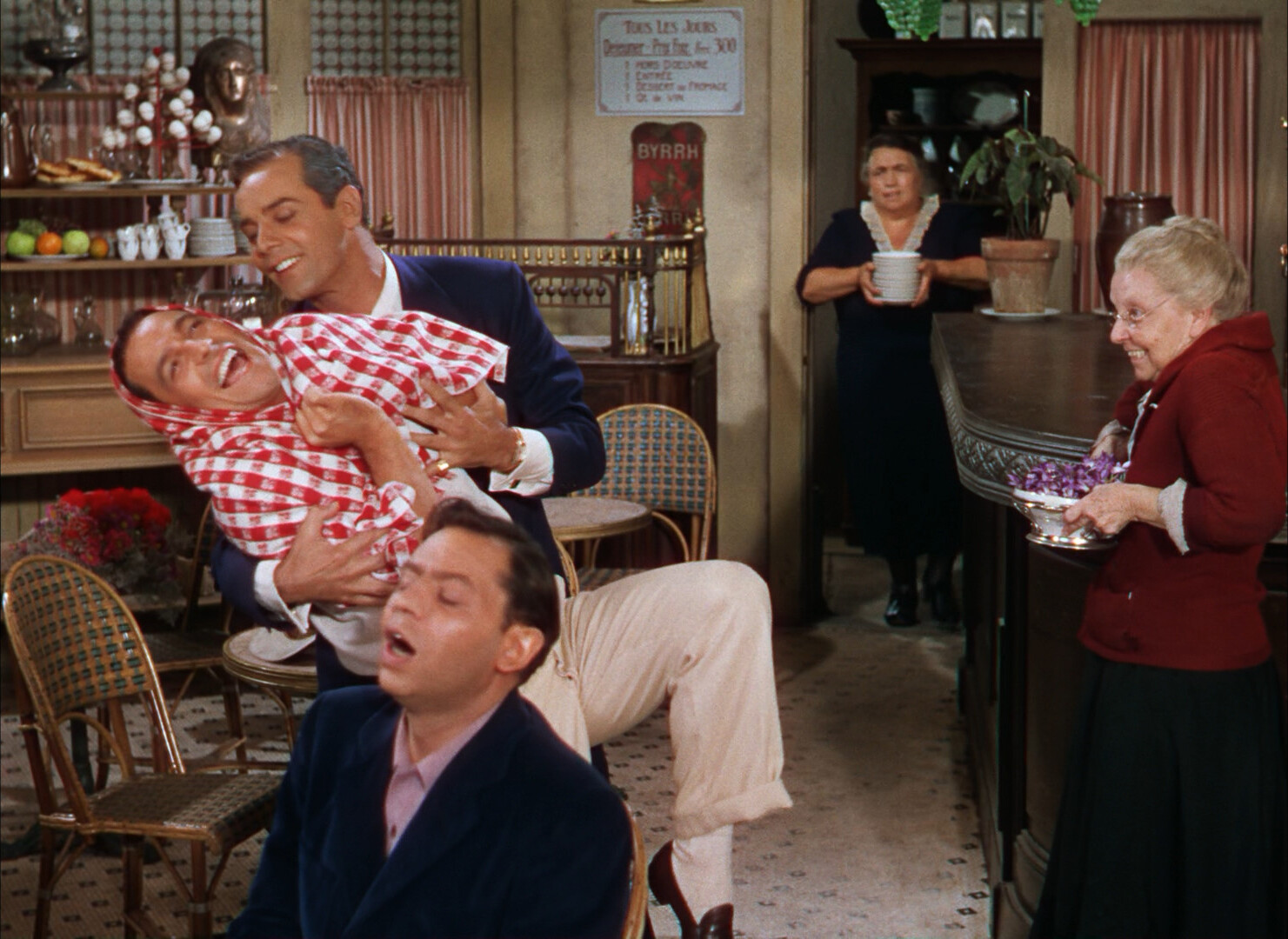 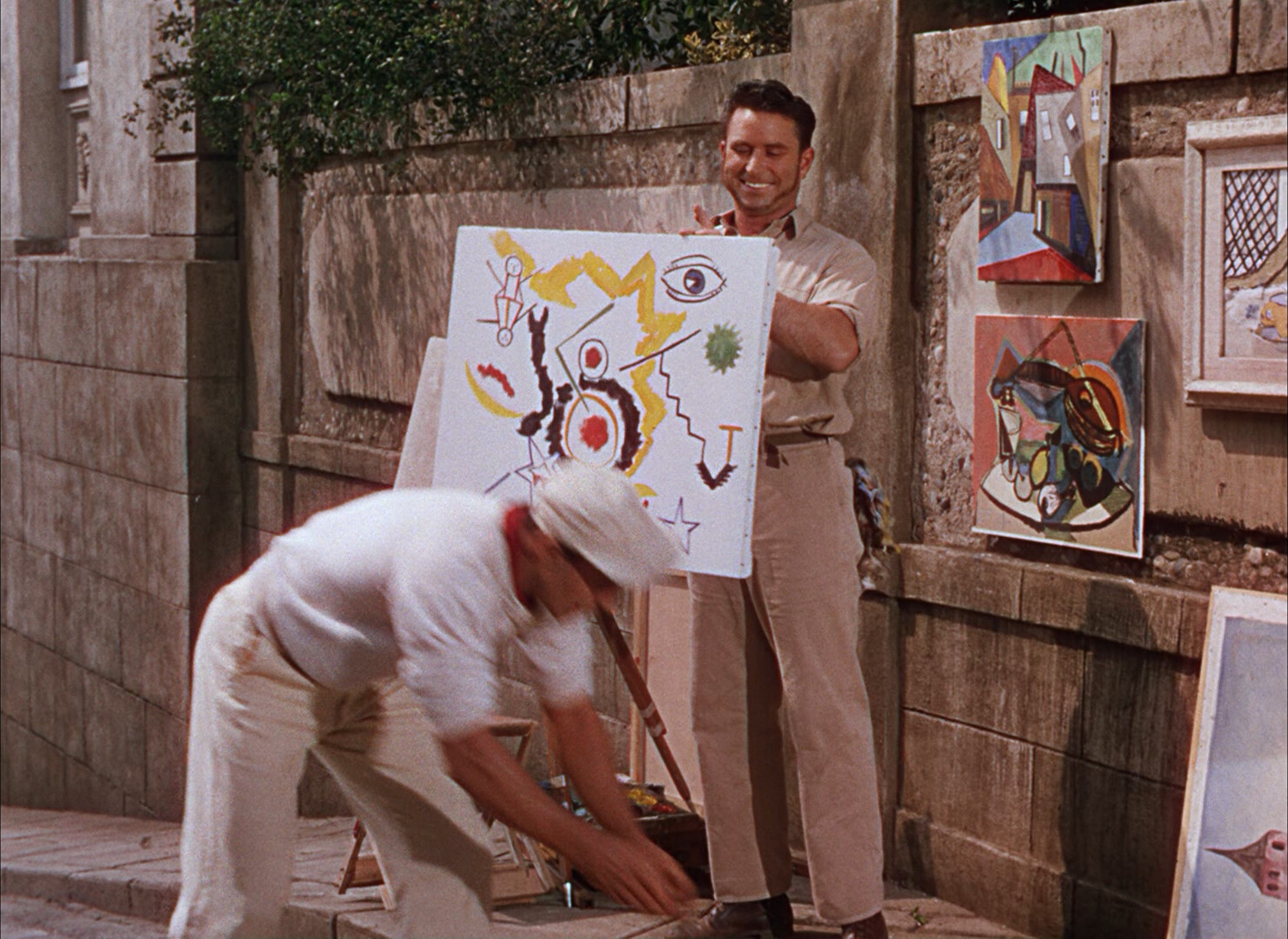 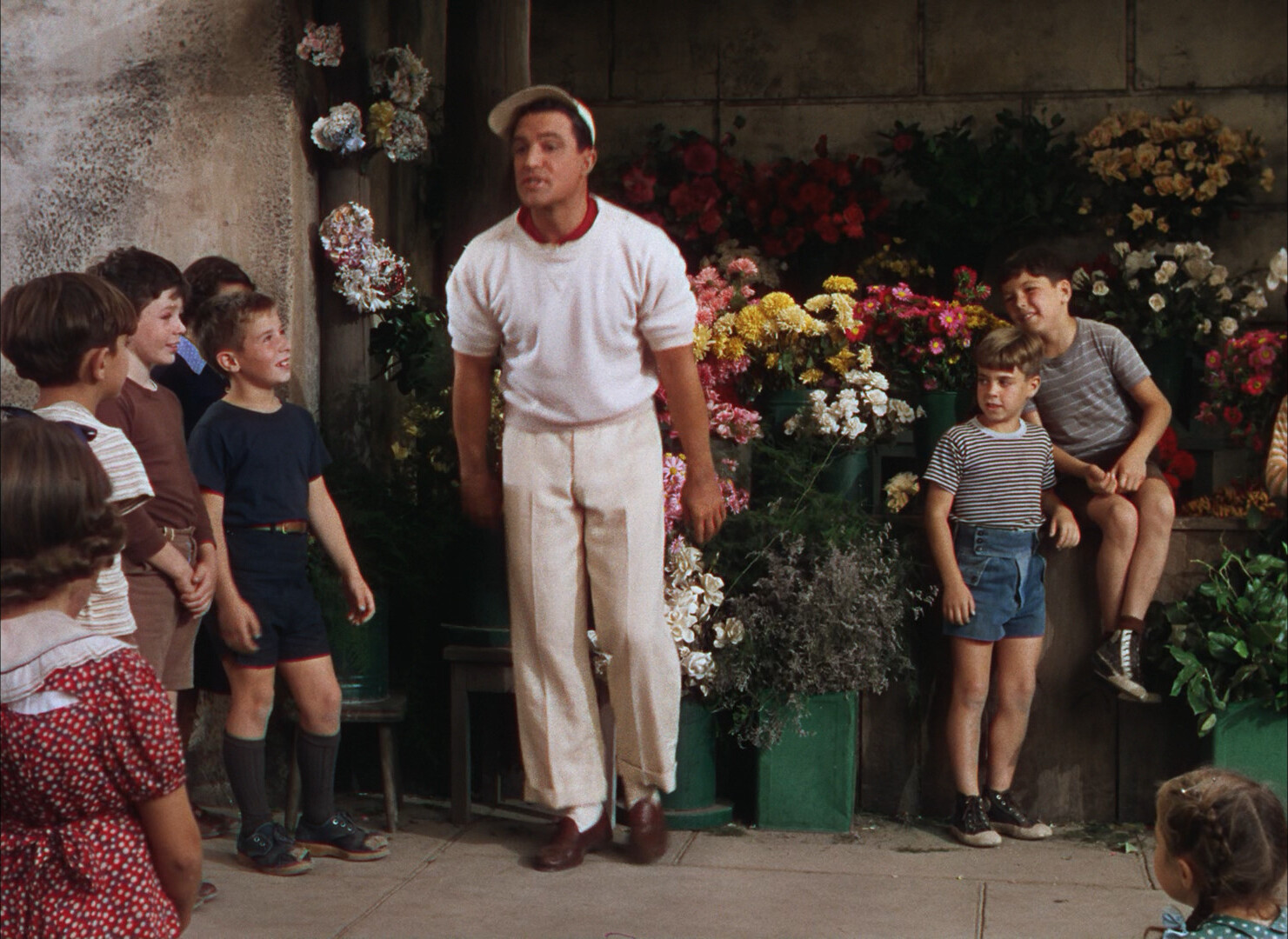 Did I Got Rhythm originate with this movie? Sounds unlikely.

MGM executive Arthur Freed bought the Gershwin musical catalog from George’s brother Ira in the late 1940s, since George died in 1937. Some of the tunes in this catalog were included in the movie, such as “I Got Rhythm” and “Love Is Here to Stay”.

Yeah, I thought that was an older song… 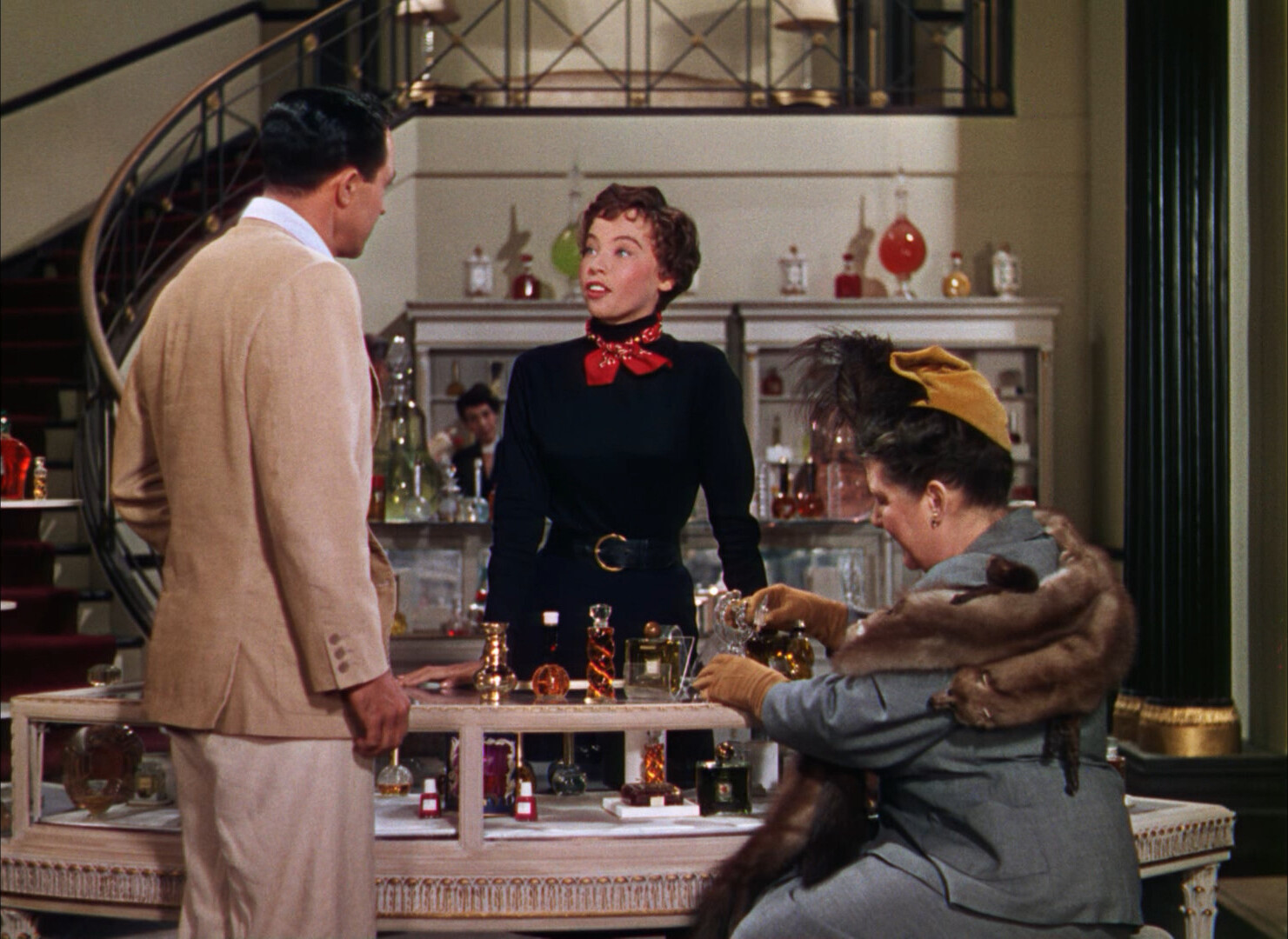 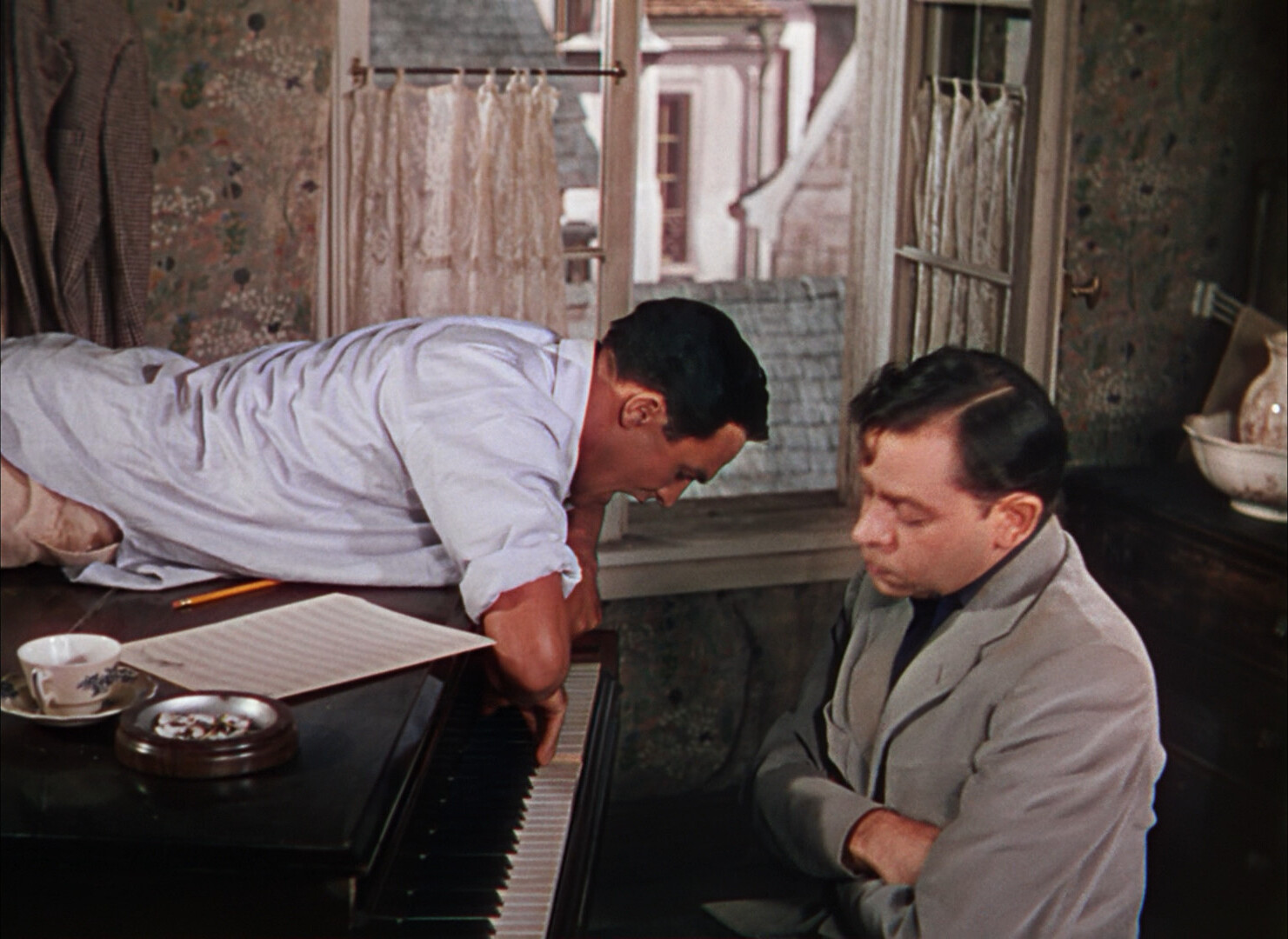 This is most amusing. It’s got a more solid storyline than these things usually have — there’s at least a couple love triangles and stuff, and a struggling painter a struggling composer a struggling dancer. 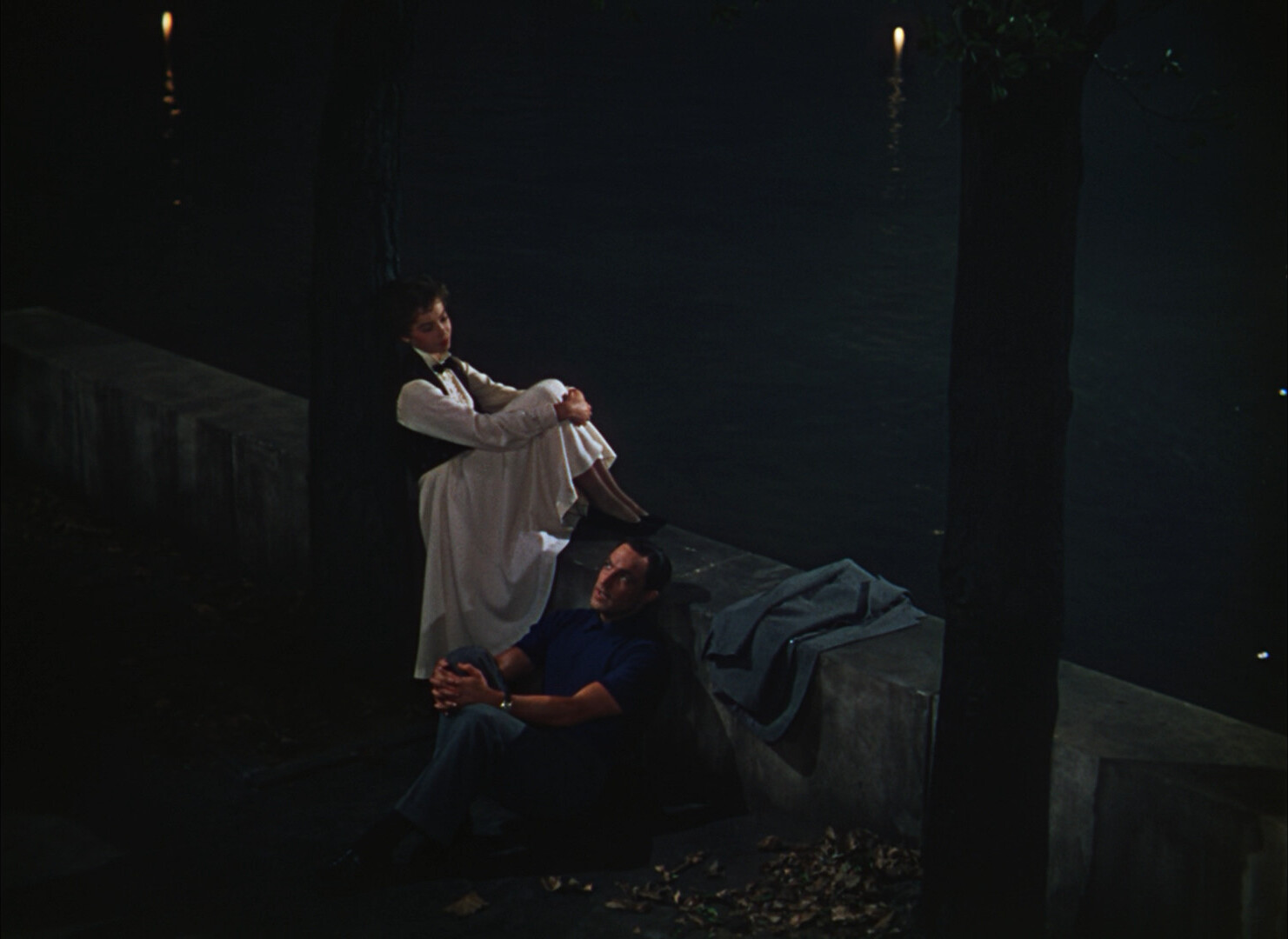 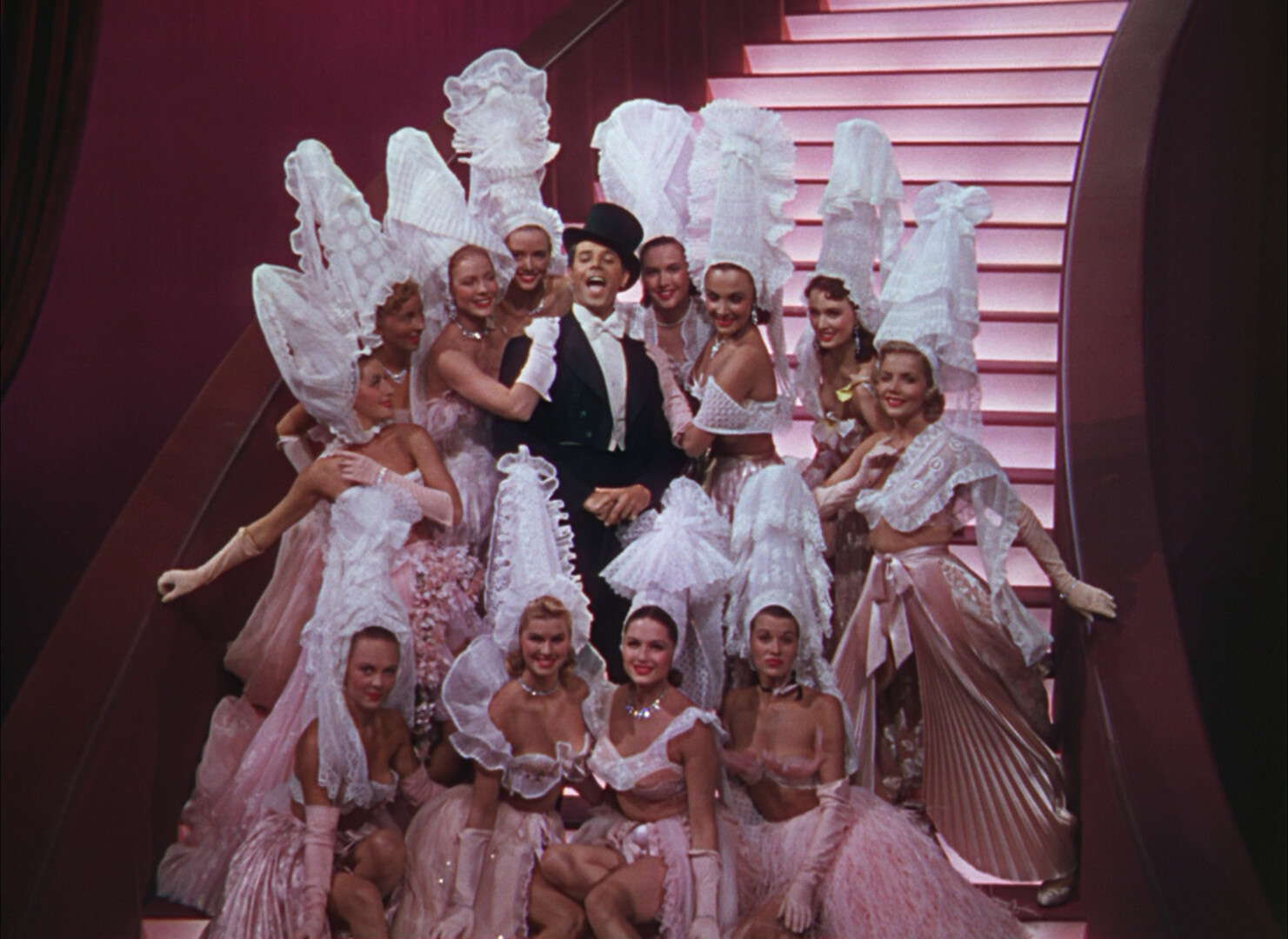 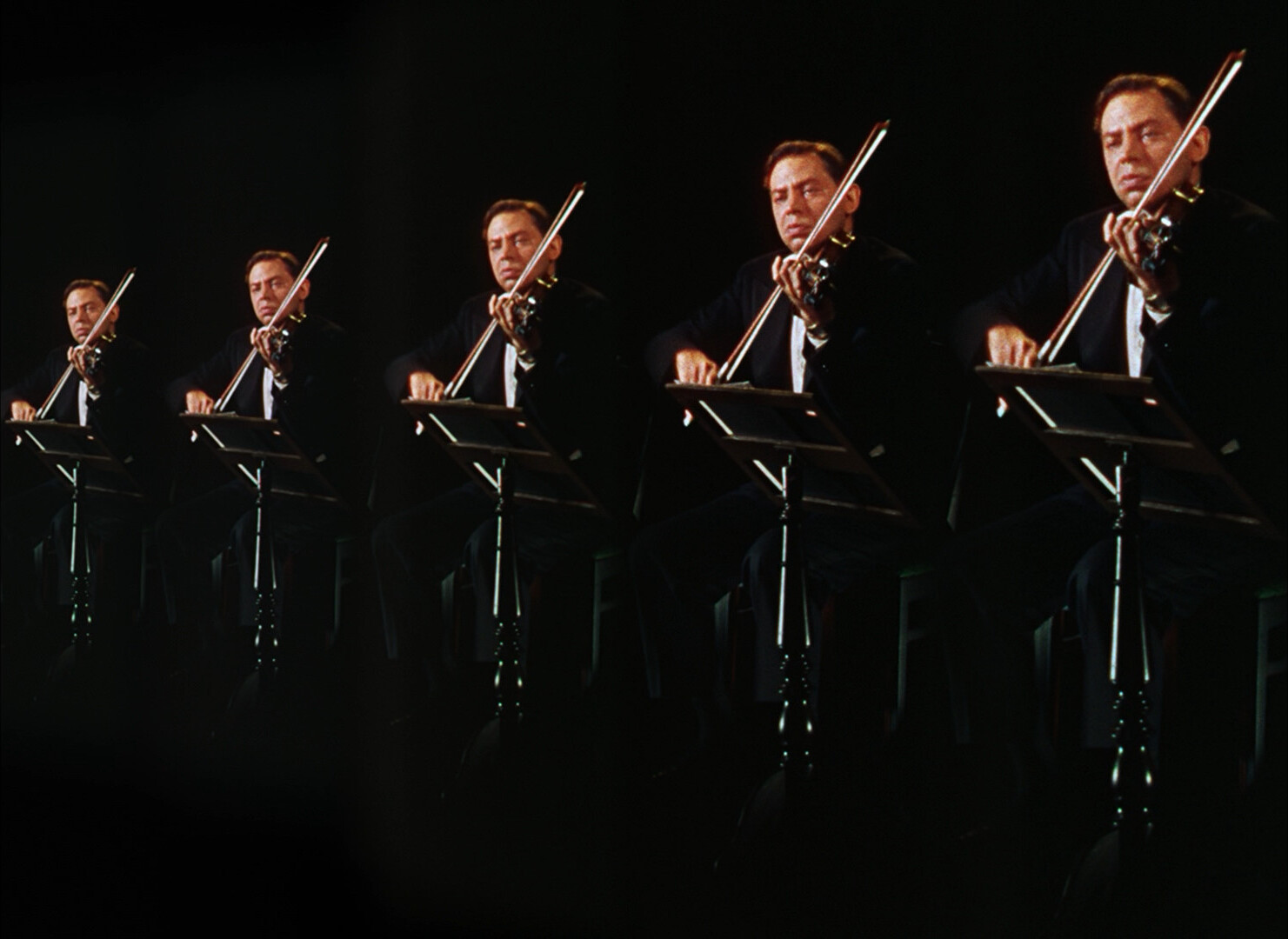 But… while this is amusing and exceedingly well made (it won All The Oscars of the year), it’s more than a bit staid. It started off so well, with zany bits, but it’s seriously lost its zip and panache. 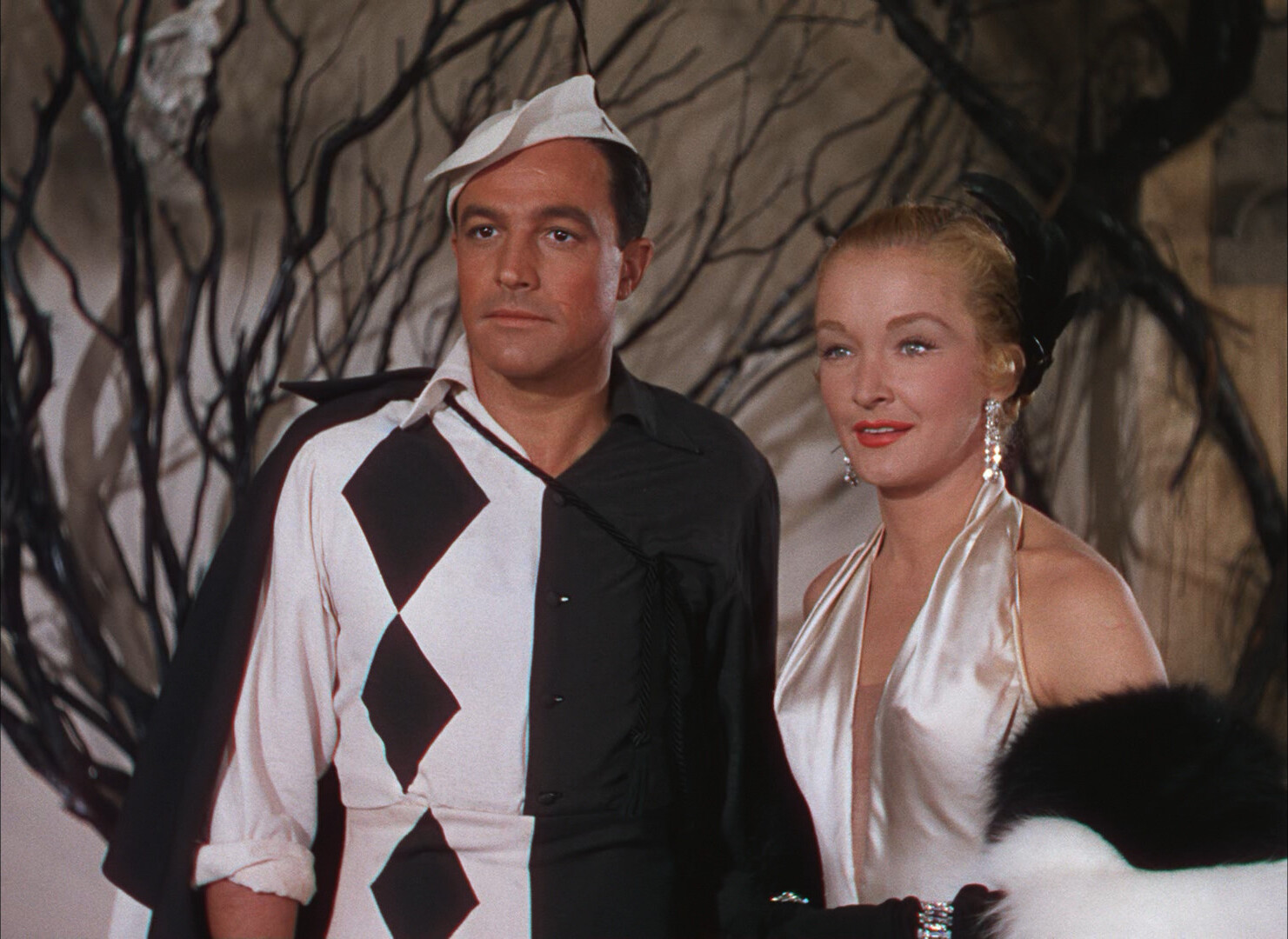 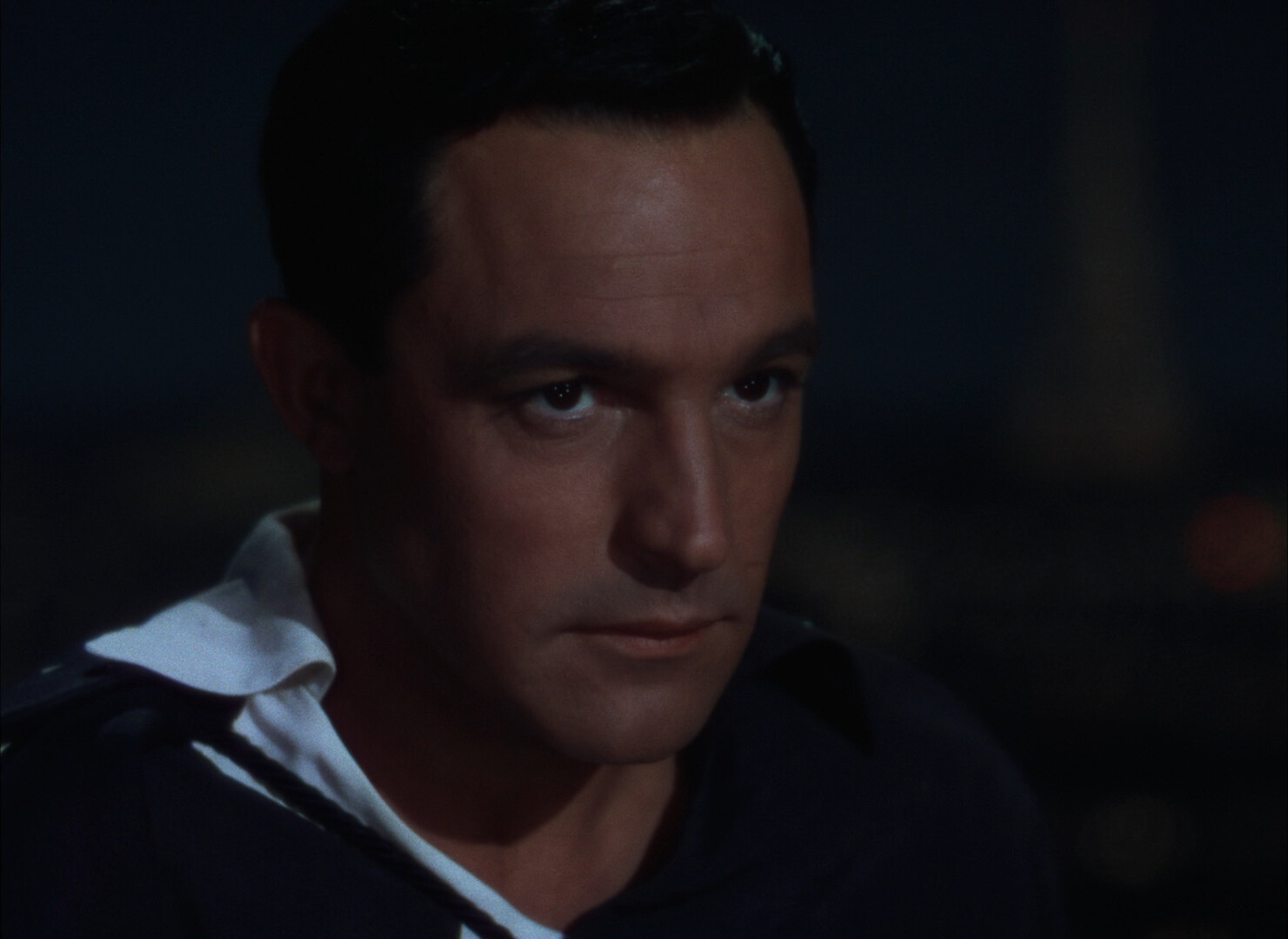 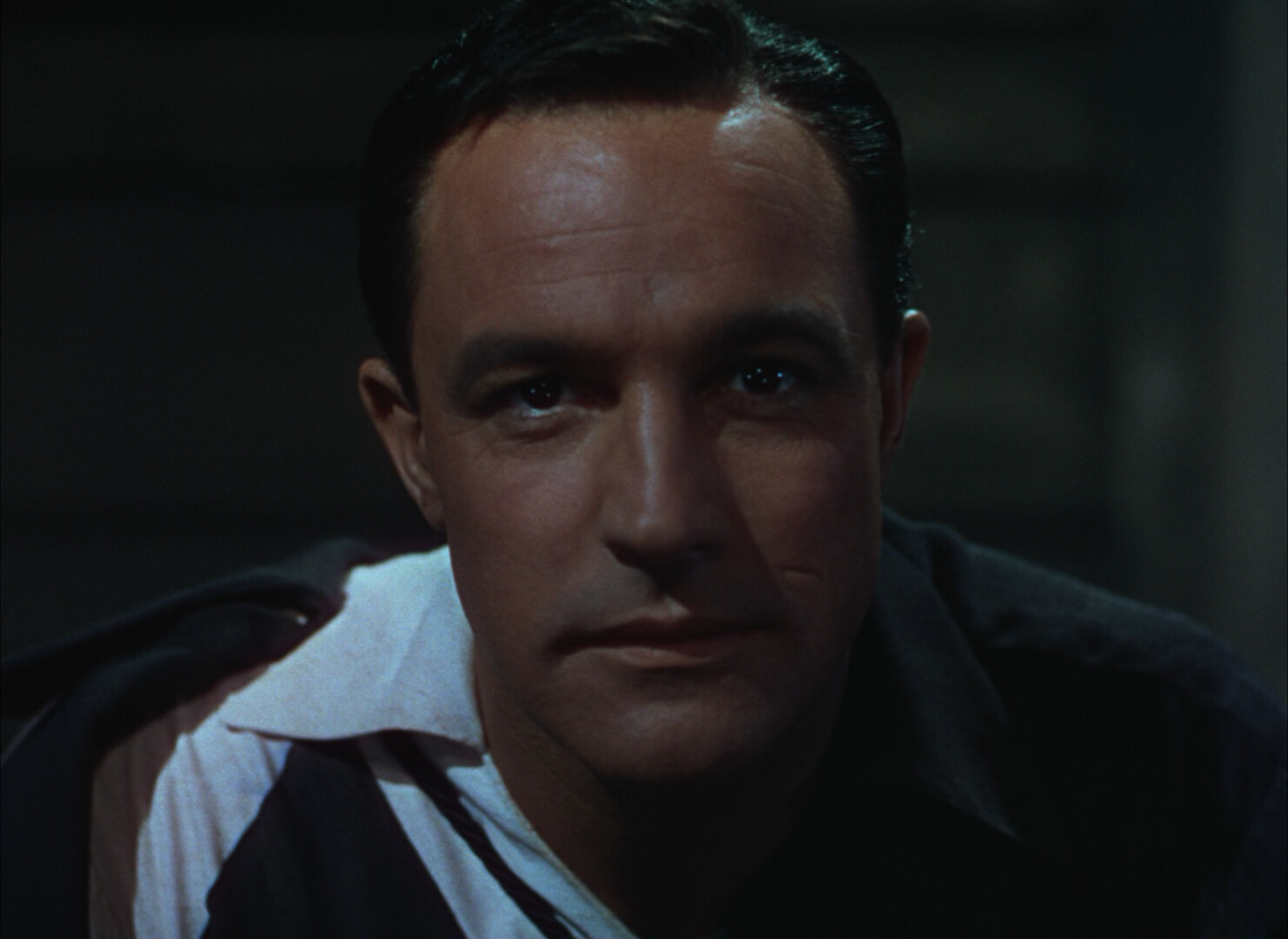 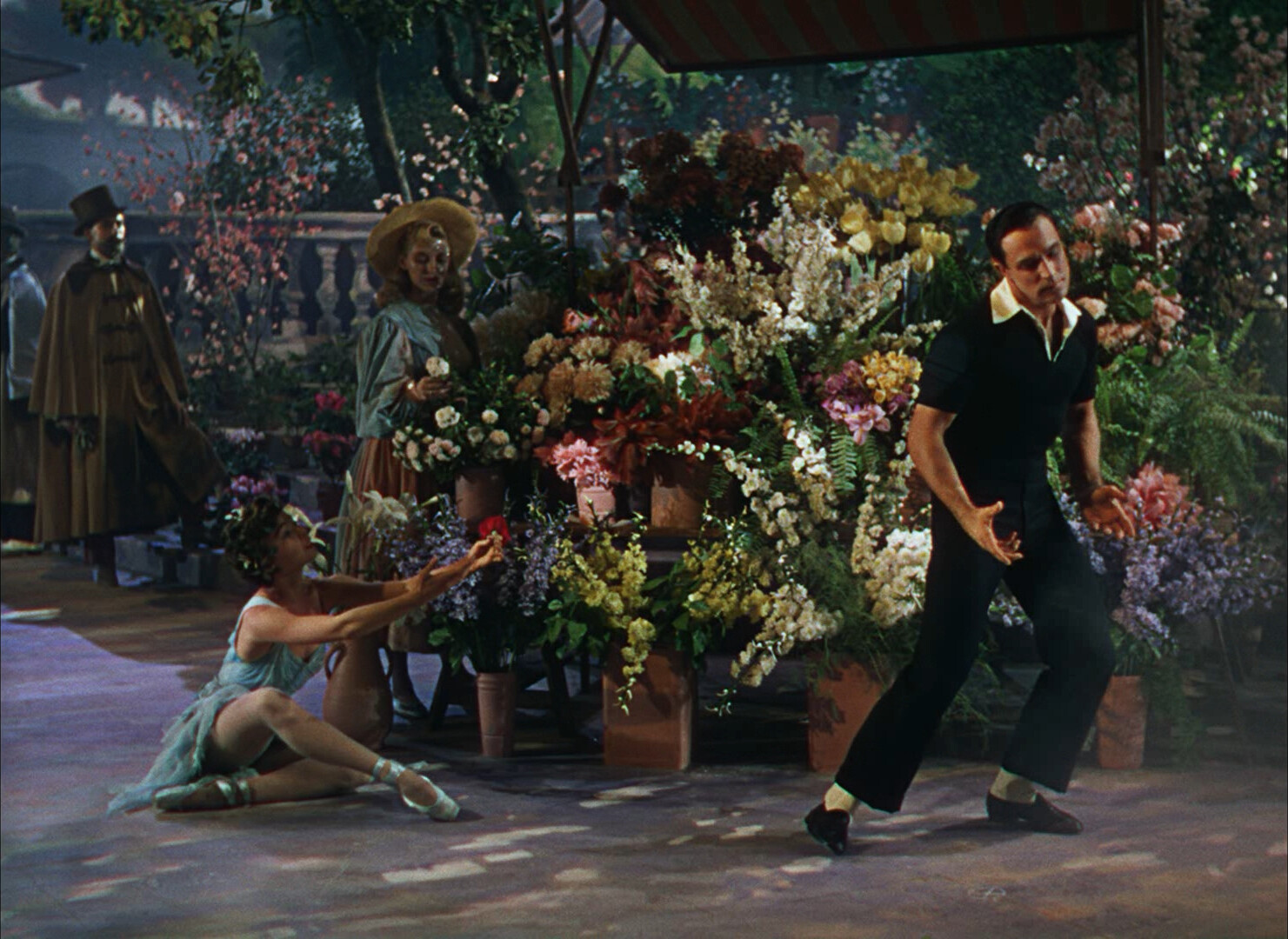 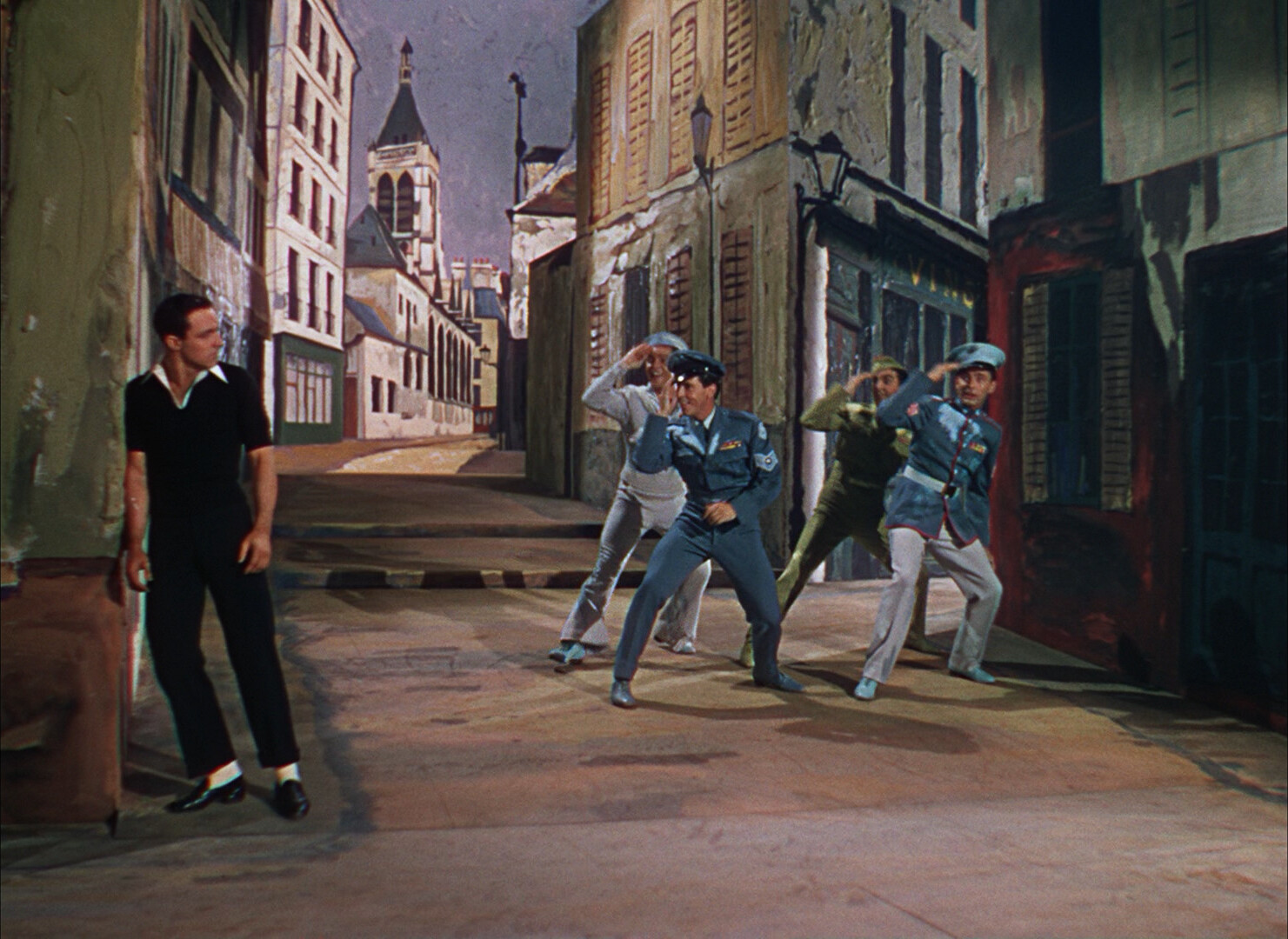 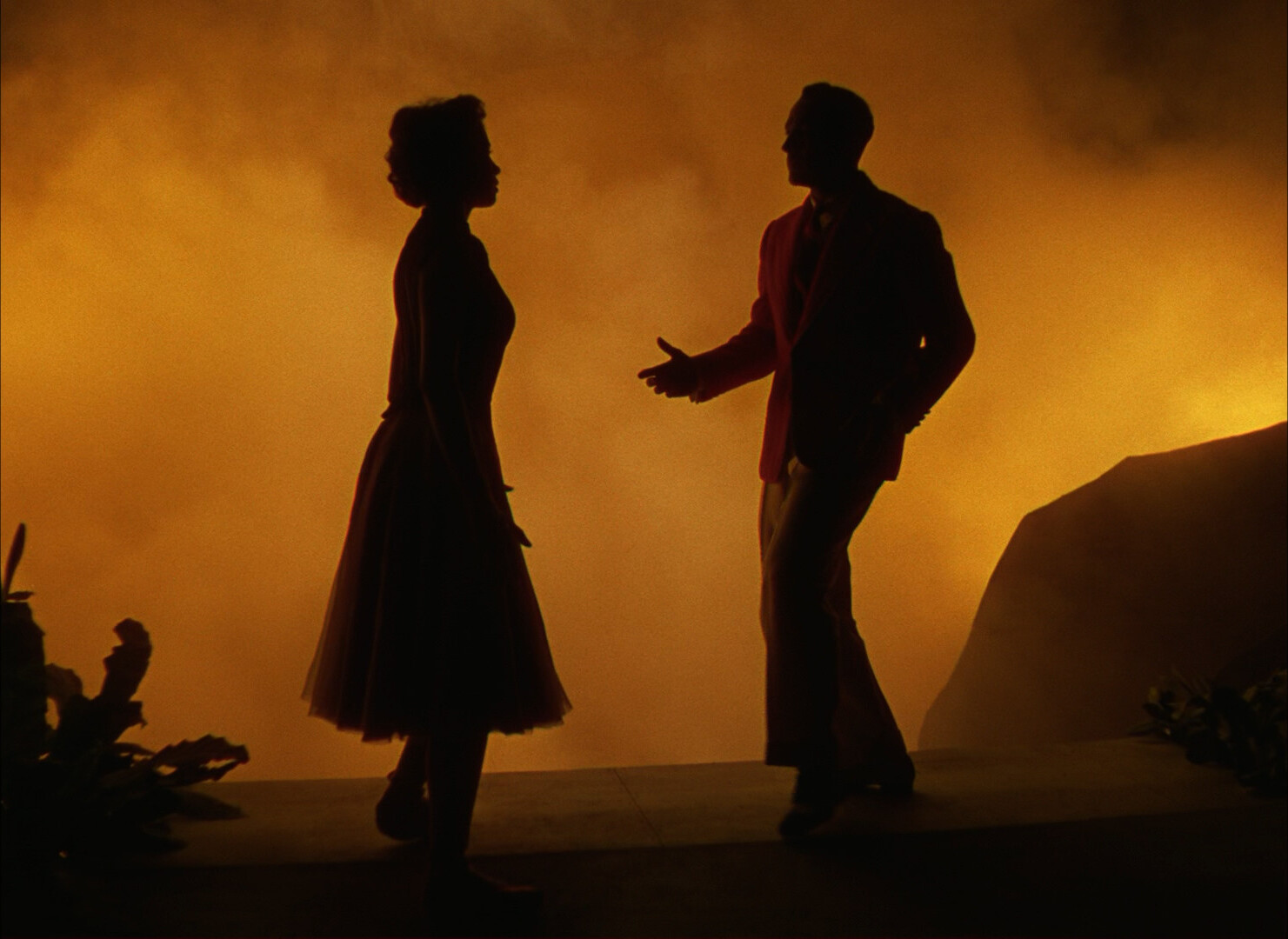 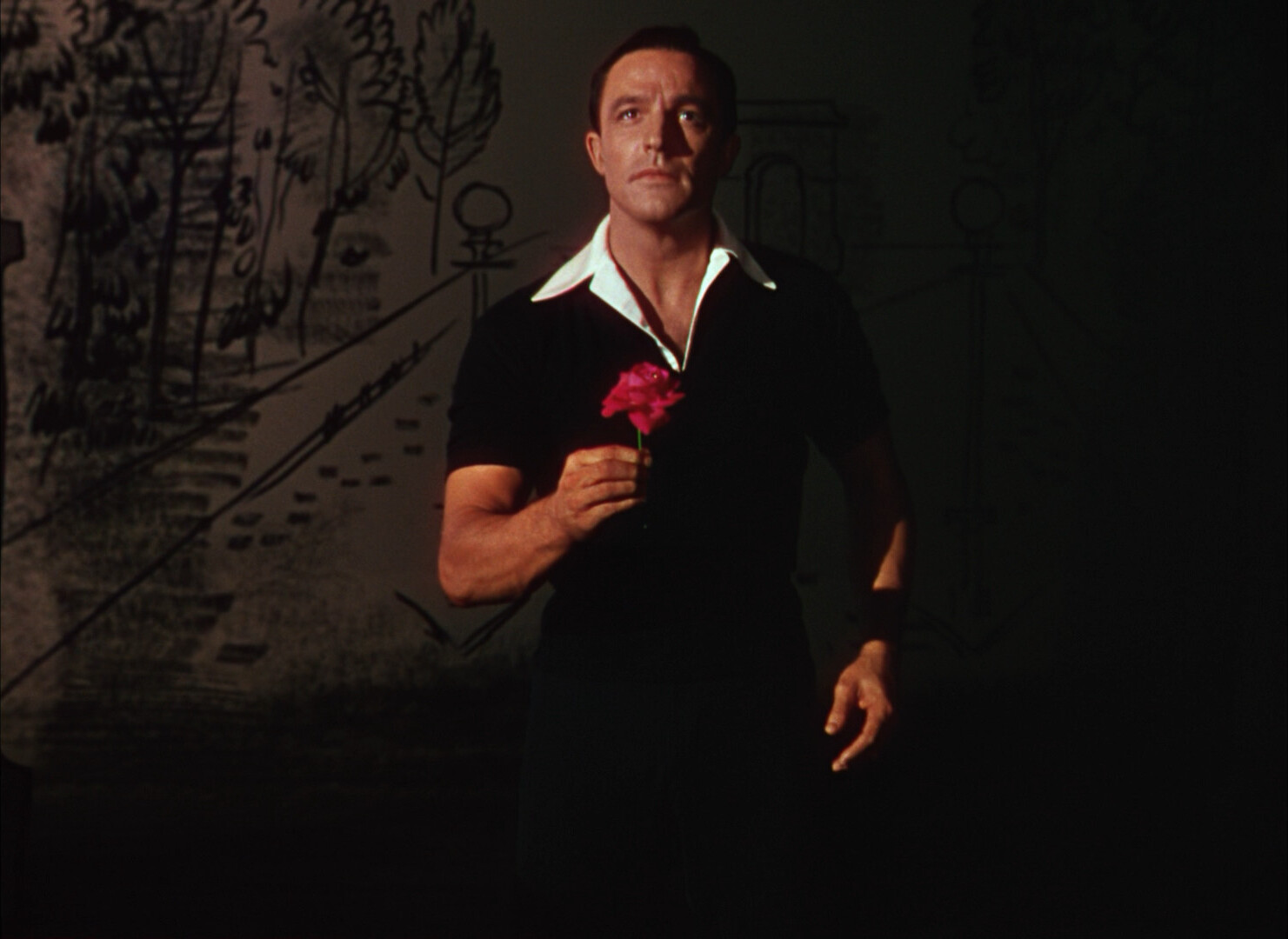 The final ballet thing was nice, though.