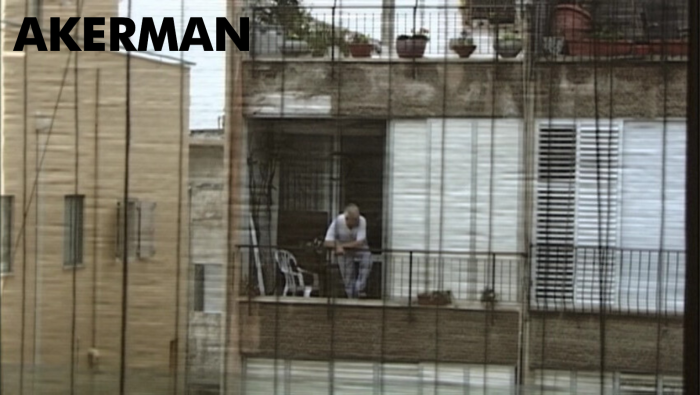 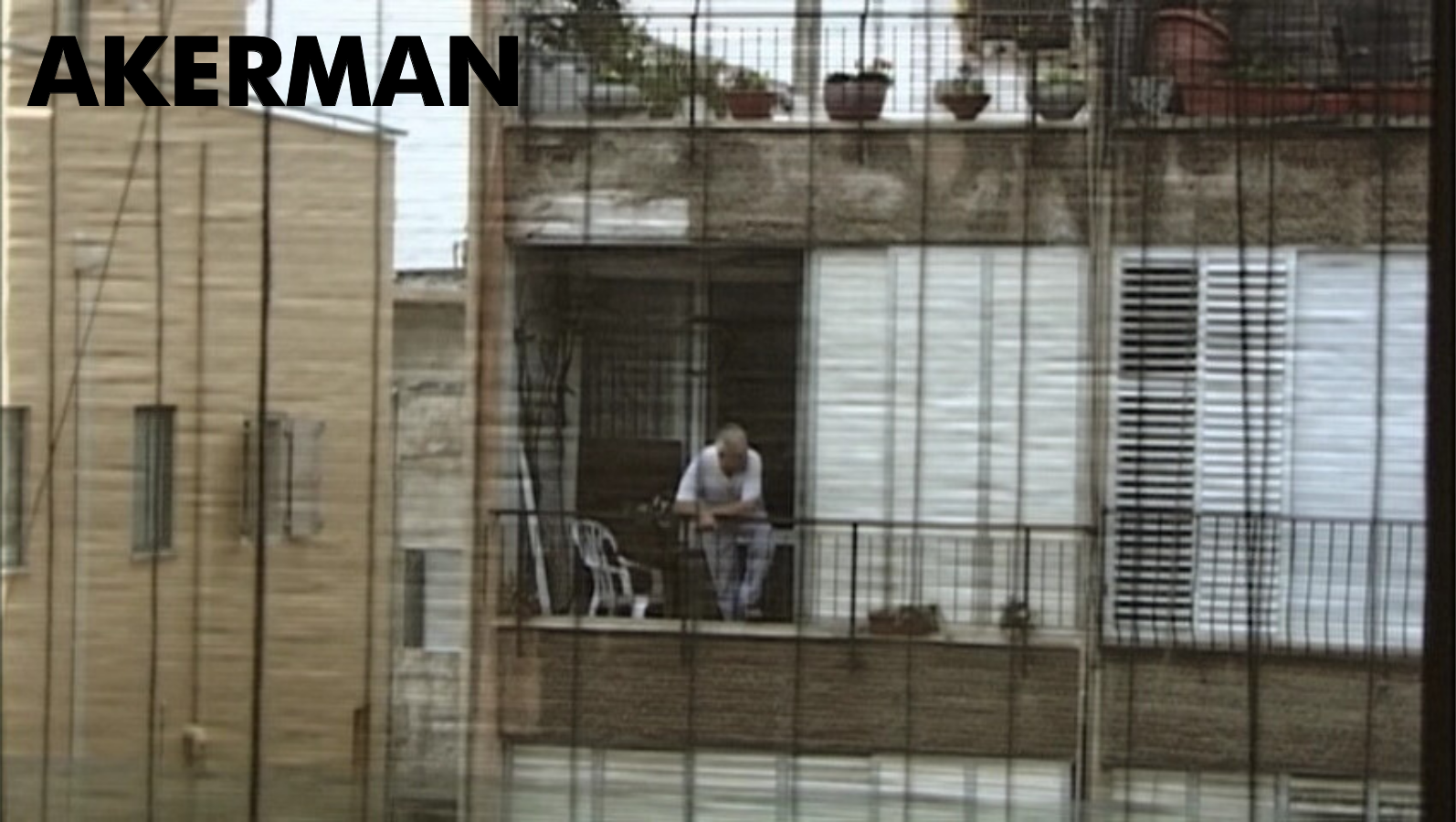 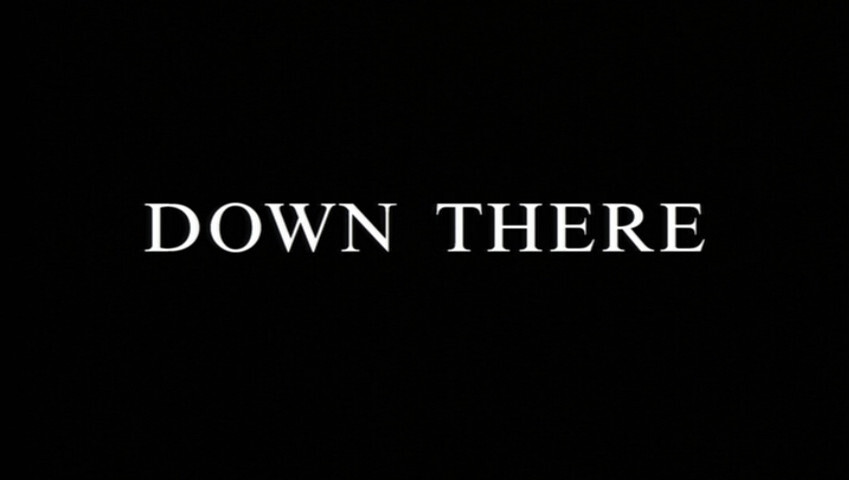 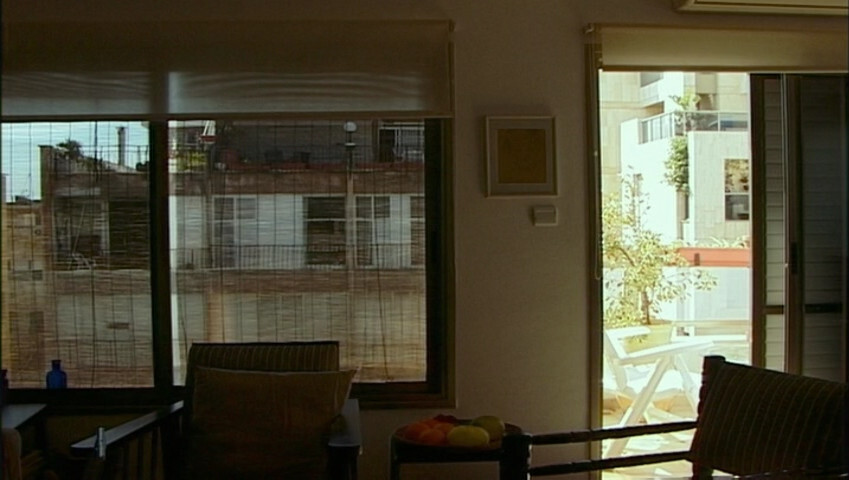 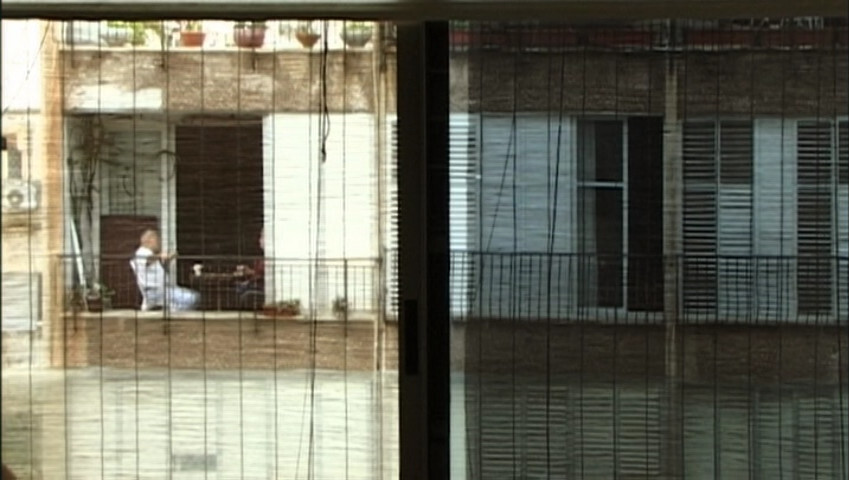 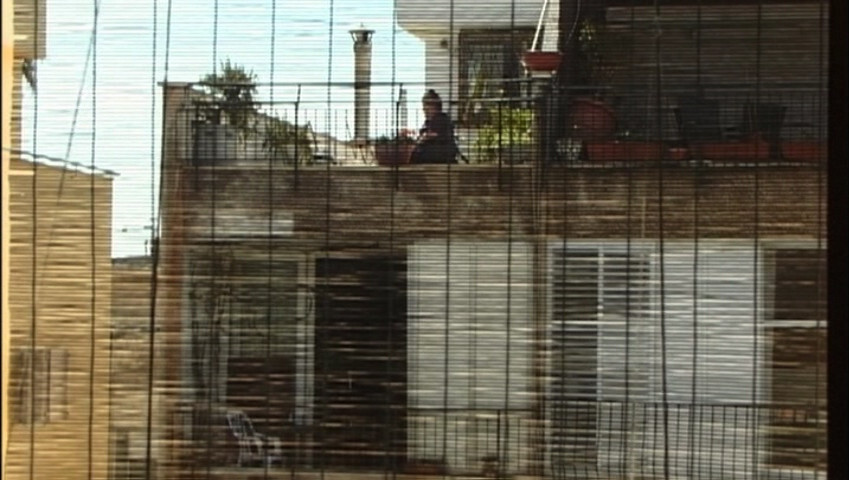 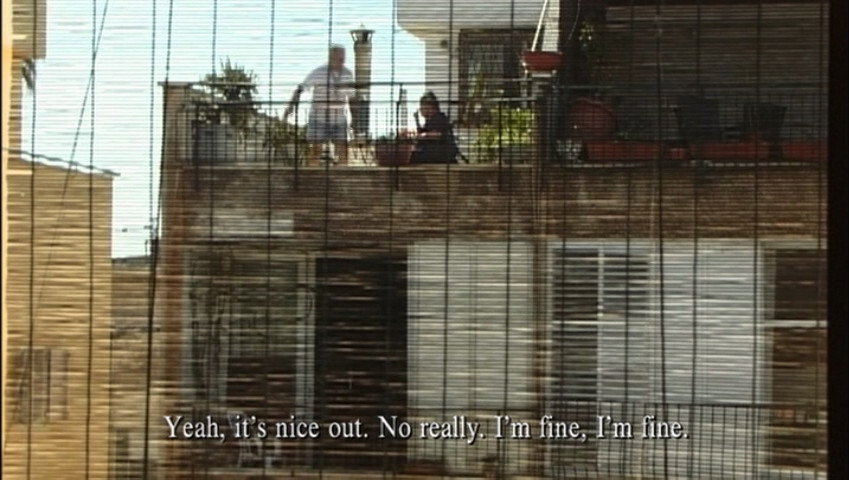 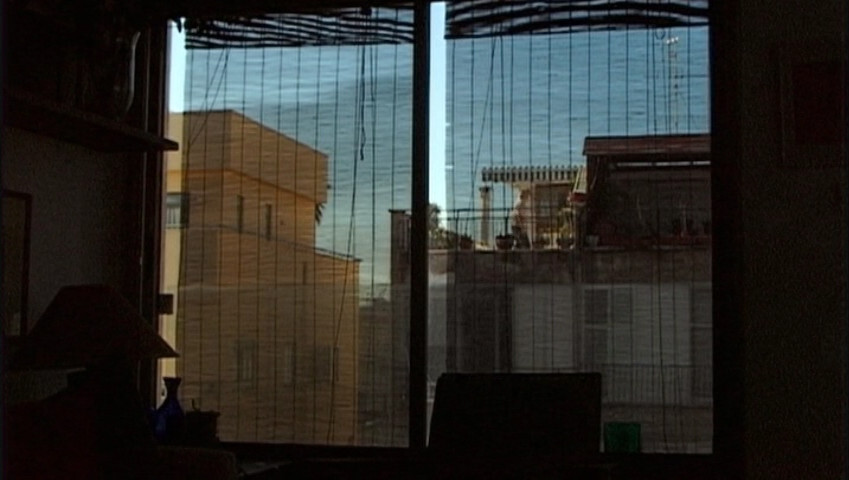 This looks like it’s going to be one of those minimal Akerman films, which makes a change from the previous two films in this box set. They were more traditional, with people being interviewed and stuff.

So far (fifteen minutes in), we’ve had four long takes, each looking out this window to the neighbours — shot through these drapes. The neighbours are puttering around in their rooftop garden. And the sound is the natural sound from Akerman’s apartment (presumably), with her answering the phone. But also doing a voice-over… about two of her cousins committing suicide, and her family in general. 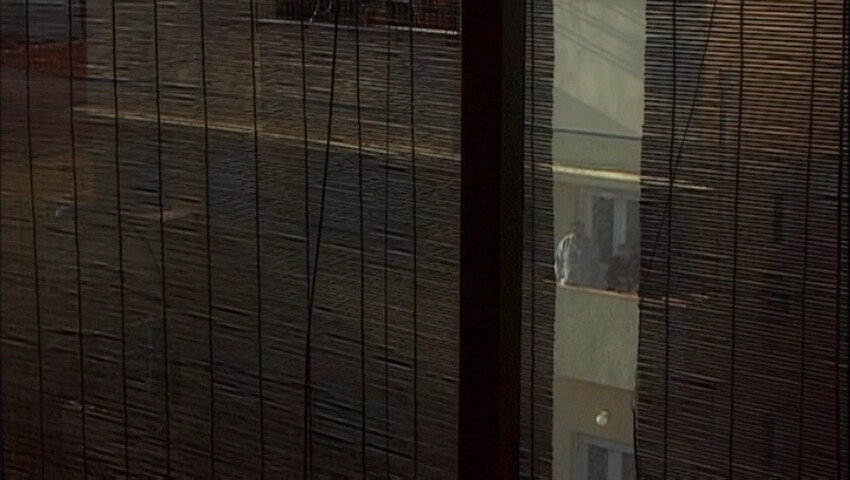 Part of the attraction is the sheer Peeping Tom aspect of it all… nobody could actually sit staring at their neighbours like this. But here, we have no other choice. 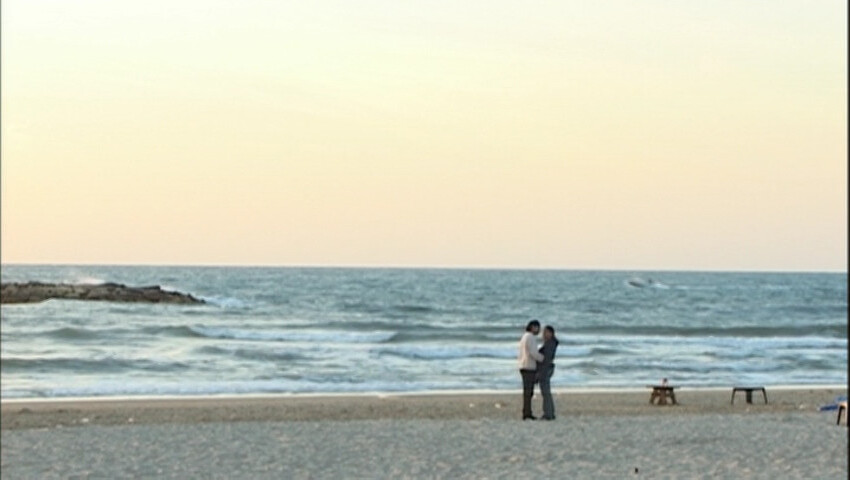 Oops. This is a DVD, and it’s interlaced, and the deinterlace seems to be hitting the resolution of the drapes, so everything’s all shimmery all of a sudden…

This needs a blu ray remaster. 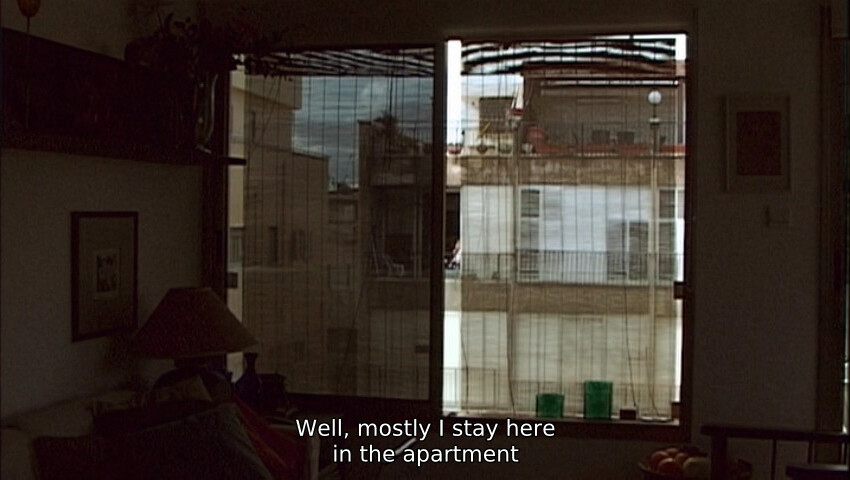 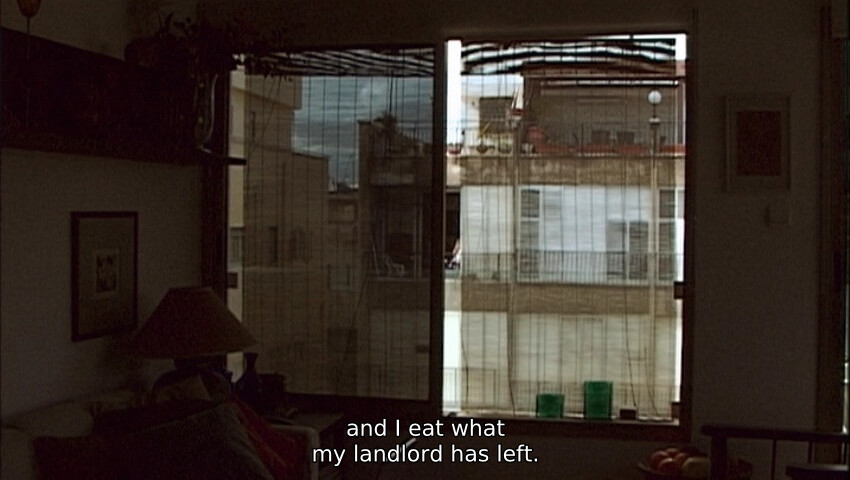 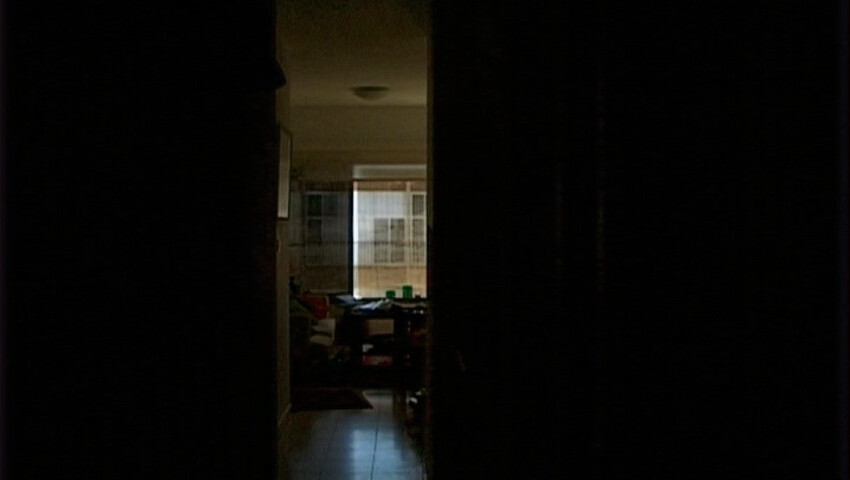 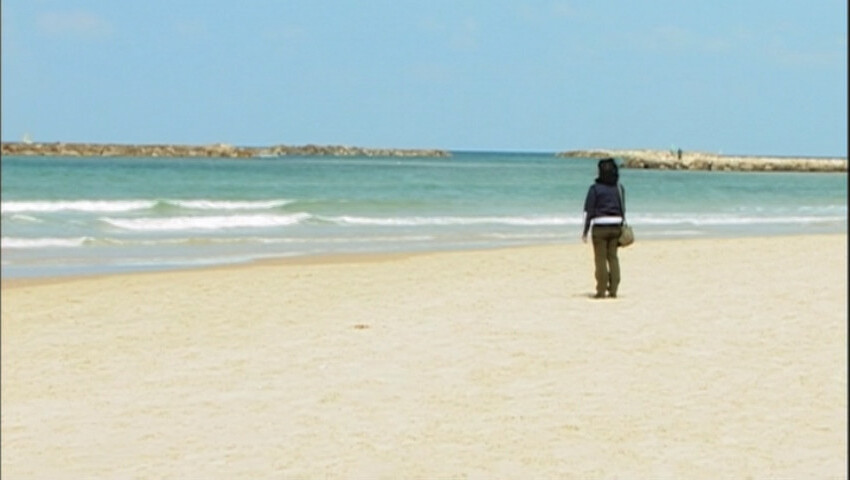 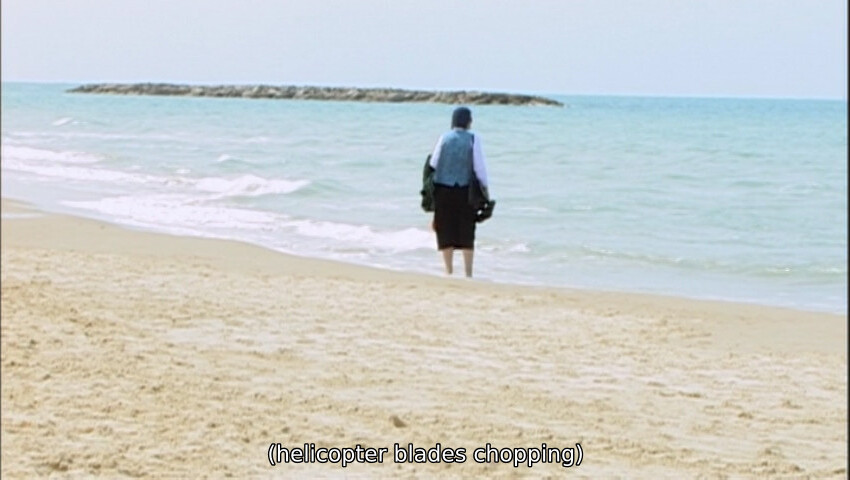 Oh, yeah, this is a movie about Israel and being under siege. 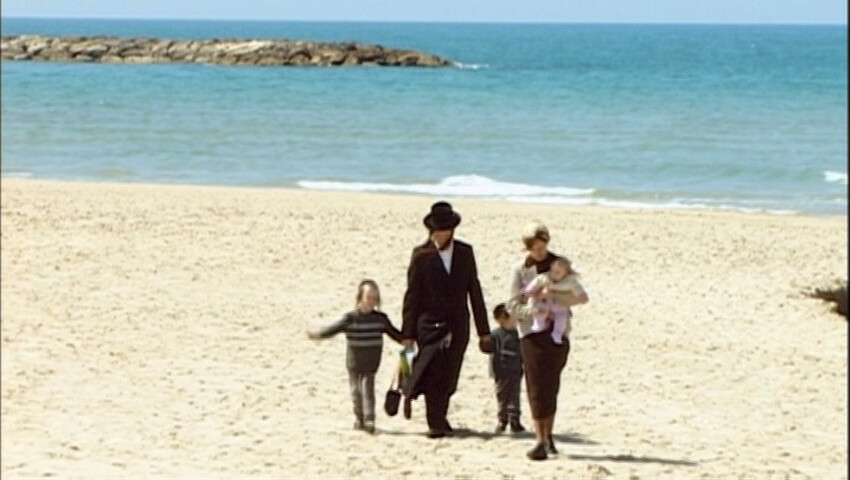 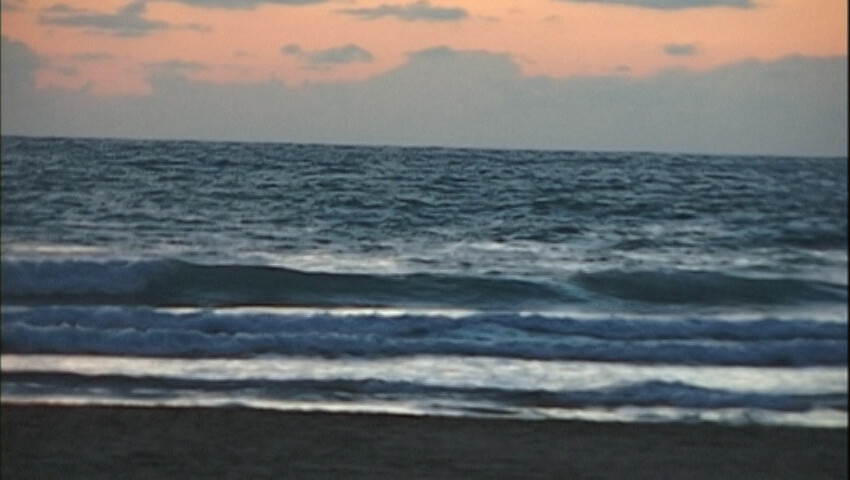 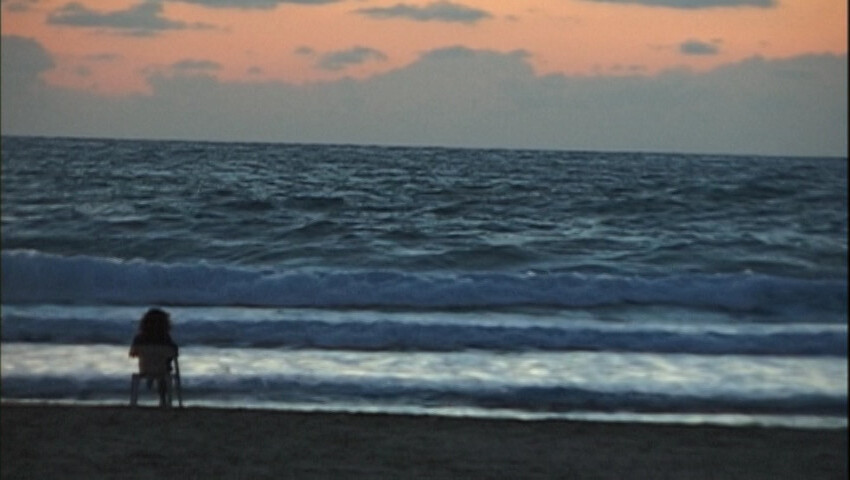 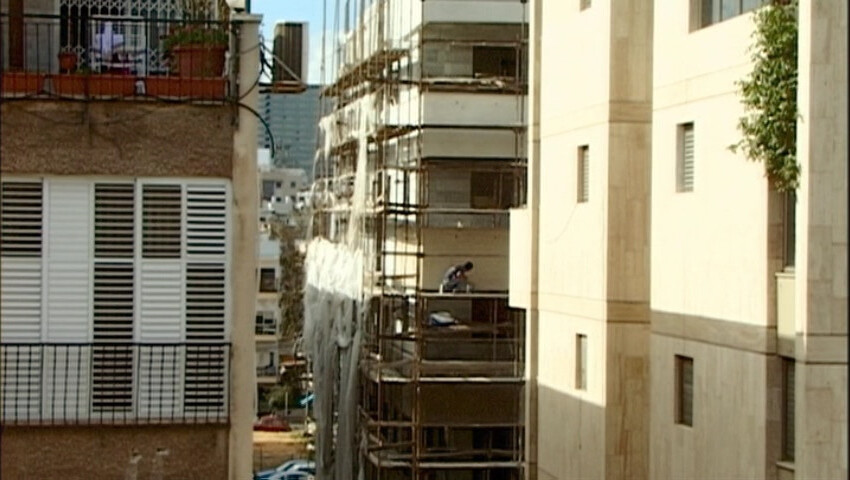 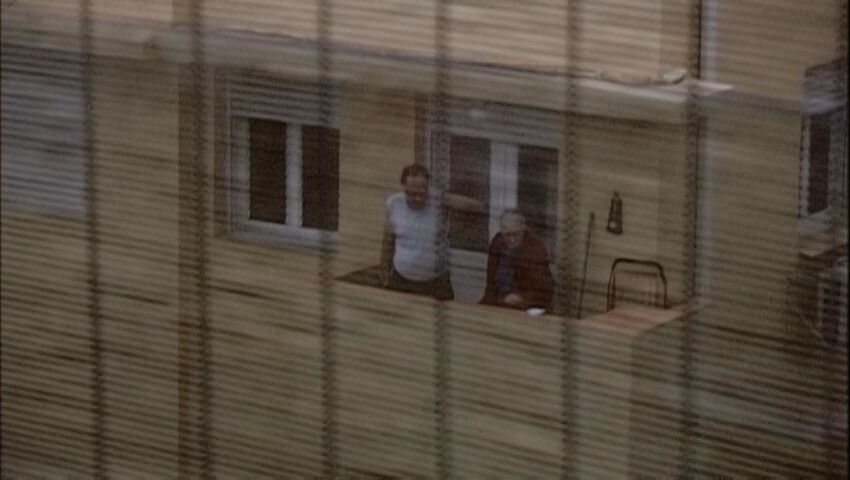 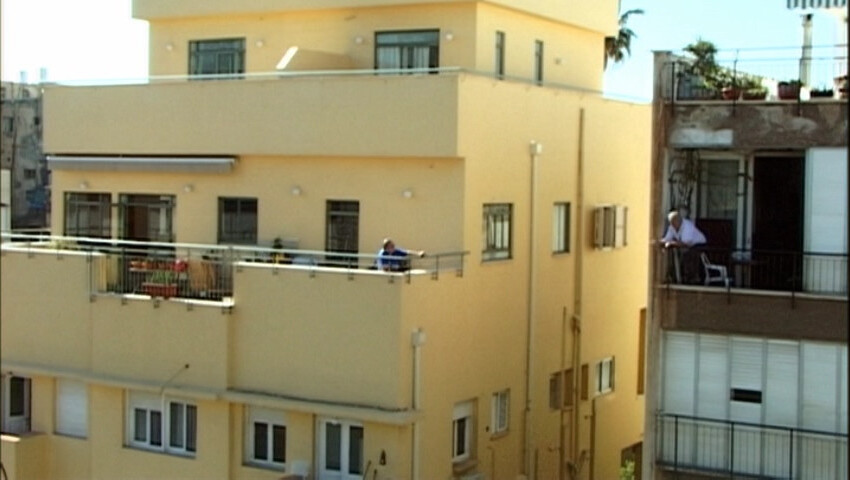