This screen is very wide. And it kinda looks like they’ve used a lens that’s kinda fishy? When a car drives across the screen, it makes strange contortions…

This is quite amusing. It’s quite light in the Astaire dept — he’s done half a dance and a couple of scenes.

But it’s still quite nice.

The movie is slightly odd — it’s a 2 hour+ extravaganza, but the story is so… un-epic.

It’s also kinda “eh” in that the premise seems to be that the old Astaire character is gonna end up with the 18-year-old Leslie Caron character — he just has to wait a couple years for her to be all growed up first.

It’s a strikingly… transparent film. I mean, it’s just so professional? It’s generically well-made without any distinguishing thing about it whatsoever. The name of the director, Jean Negulesco, doesn’t ring any bells at all, but he’s done a whole bunch of movies: 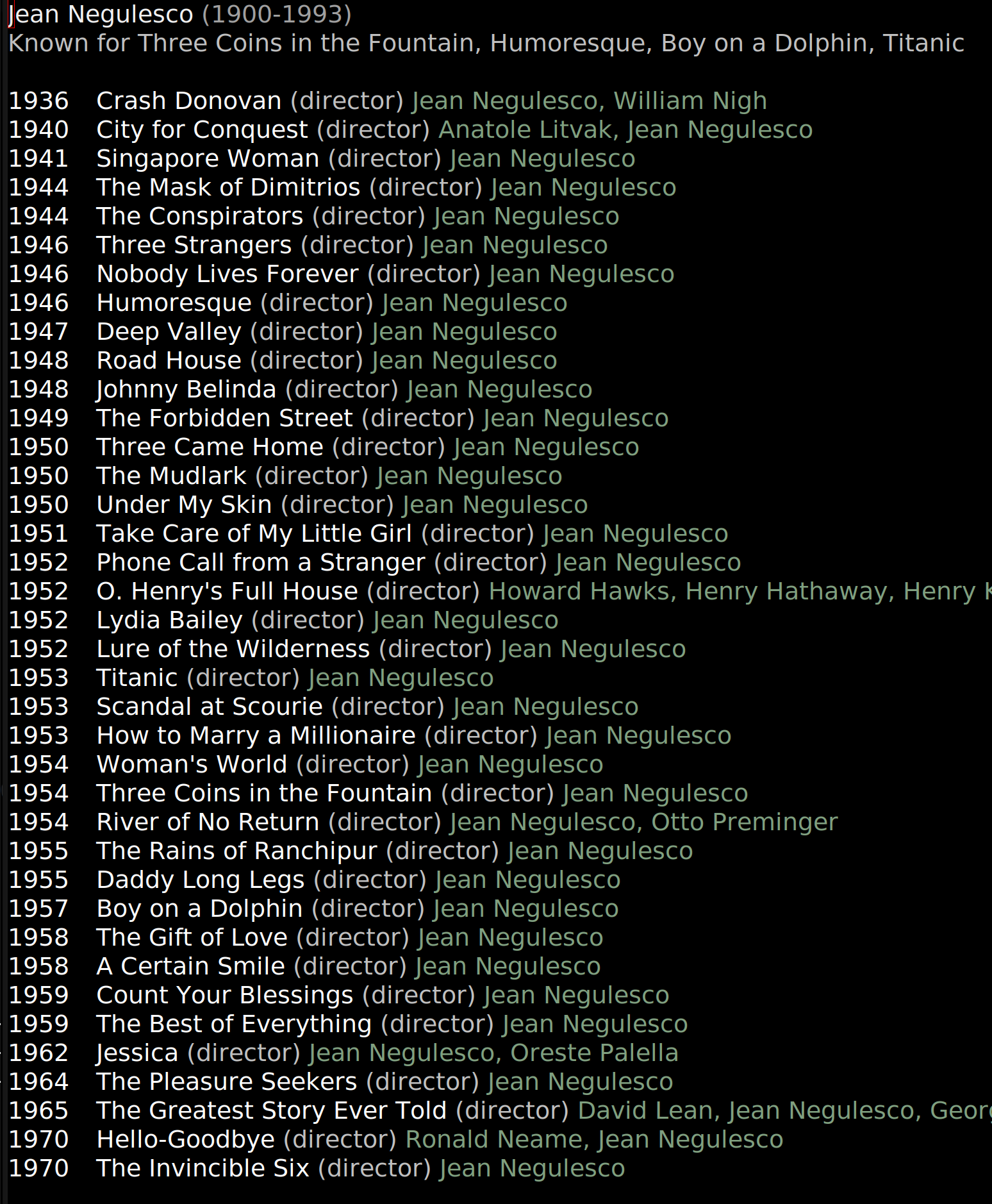 Oh, and Humoresque. I think that’s it.

Wow, that’s some Manhattan matte painting. It’s like a perfect, if feverish, vision of Manhattan-ness.

Well, OK, the movie does explicitly call out the creepy differences in age and power between the Astaire and Caron characters, so it’s got that going for it. But that’s only done as the third act drama bit — the thing that’s getting between them and their eventual blissful happiness, so…

Hey! Now the sofa is more blue than green…

This is not a great film. I’m not even sure you could call it “good” on any reasonable scale. But it’s a perfect example of its genre — it distilled from a whole bunch of films that are actually good. It’s kinda flawless in that way? So I really enjoyed it — a lot, but your mileage will vary. I wasn’t bored a second. So: