But why can’t they hire real hairdressers? His white bits look like somebody glued on some white hair onto a dark-haired wig.

And I guess the white bits moving around are just to signal that we’re in a different part of the Multiverse now?

Still, bad wig in this universe, too.

My theory is still that Disney half-asses scenes like this on purpose: When everything looks fake, they can cut down on spending on the big actions scenes. Because then they don’t stick out like sore thumbs. But I’d prefer that, if the normal non-action scenes could look better. Instead everything is half-assed greenscreen and CGI like this.

Uhm uhm. This seems awfully abrupt, doesn’t it? I mean, Wanda can rewrite reality, so she’s set. So why this sudden total heel turn?

And the entire Multiverse thing — I see the attraction for people writing movies, because you can do fun stuff like in the third Spider-Man movie, having the different Spider-Man actors meet. But long term, it just lowers the stake of absolutely everything: If you blow up one universe, then there’s another you can go to, and if you fix one universe, there’s an infinite number of universes where things went wrong. So it just makes nothing matter — bad or good.

I’d forgotten that Sam Raimi did this — and I’m surprised that Disney let him after running the Spider-Man franchise into the ground back when.

Can Raimi do the same with the “Marvel Cinematic Universe”!?! 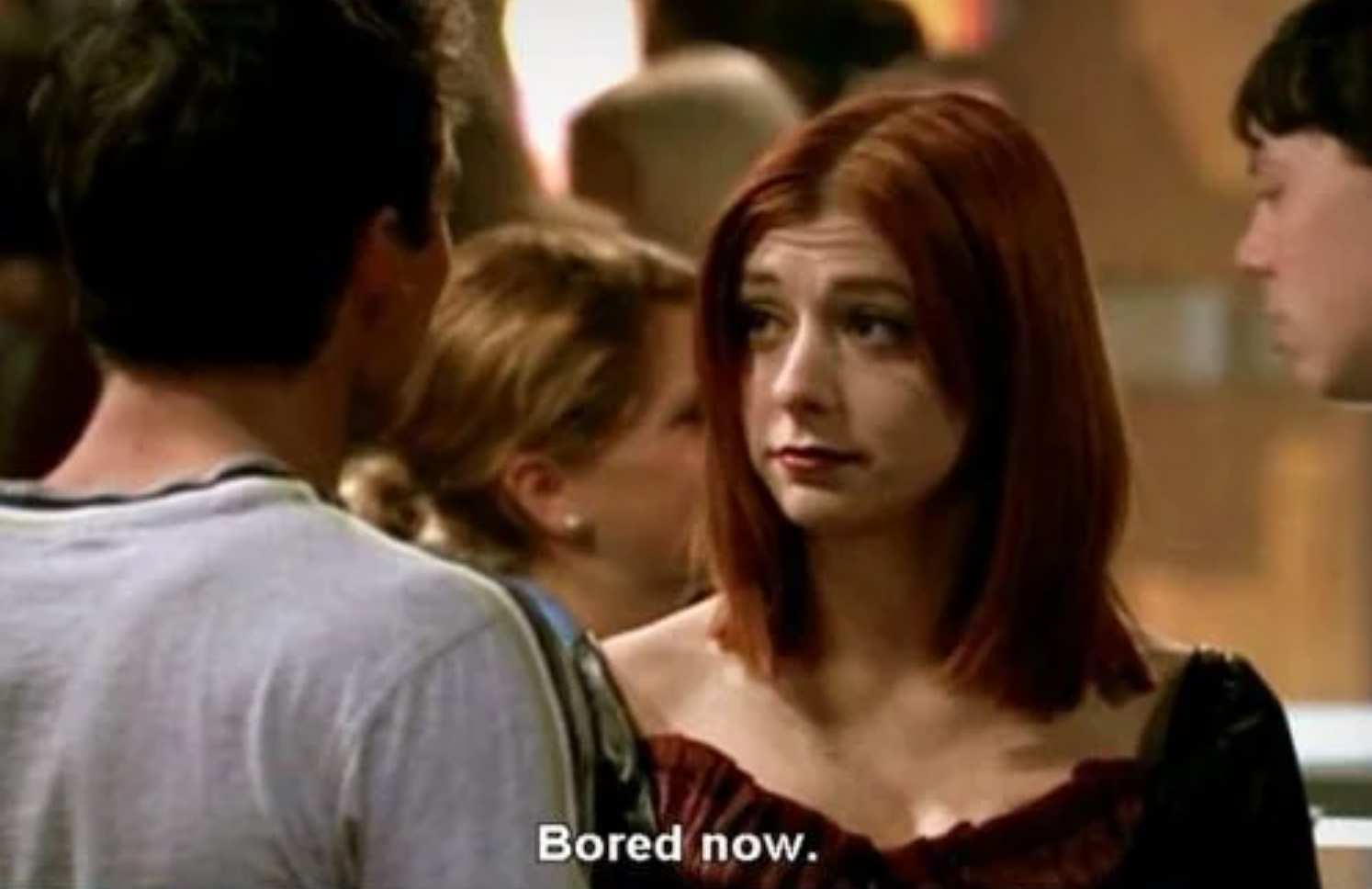 OK, I’ve started zoning out because this is kinda dull. But I have to give Raimi props for the special effects — this movie does look better than most Marvel movies, and I was a bit unfair at the start there.

Raimi reportedly began shooting with only a half-finished script, and it shows.

It does — it’s like nothing is happening in this movies, except for people running around.

Man, that’s a lot of fan service. Which I approve of!

Oh man, still half to go.

MAKE IT STOP IT”S SO BORING

But I kinda want to see how this ends. I wonder how pissed off Elizabeth Olsen was with this movie. It seemed like it squandered a pretty interesting character arc for… nothing. Perhaps they’re gonna put in a And Now She’s Nice Again (i.e., the Sylar move) at the end?

OK, I withdraw the nice things I said about the CGI.

Sometimes the subtitles are way way off.

Well, that was really boring. It’s like… nothing of interest happened, and the only new thing we “learned” about the MCU was the dreamwalking thing, and it was totally lame. They wanted a movie that followed up from Wandavision and the Spider-Multiverse thing, and they forgot to actually write it? And instead they just started filming a bunch of “neat” scenes?

So while I was bored out of my skull watching this, a couple of the scenes were, indeed, pretty neat, so I’m upping my throw of the die to:

Doctor Strange and the Multiverse of Madness. Sam Raimi. 2022. ⚁