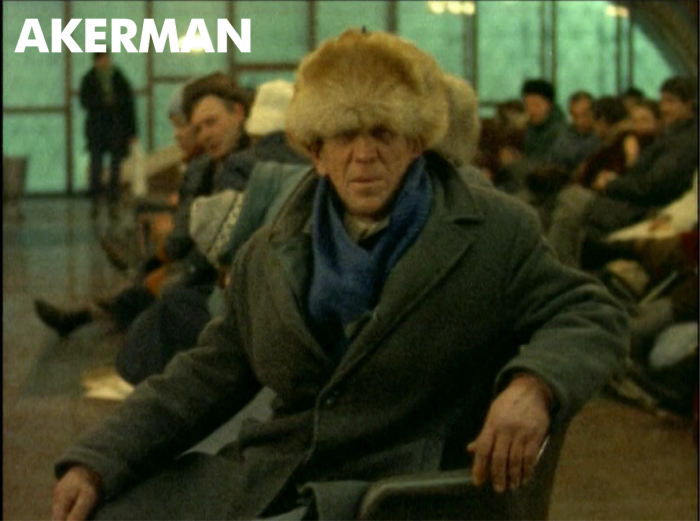 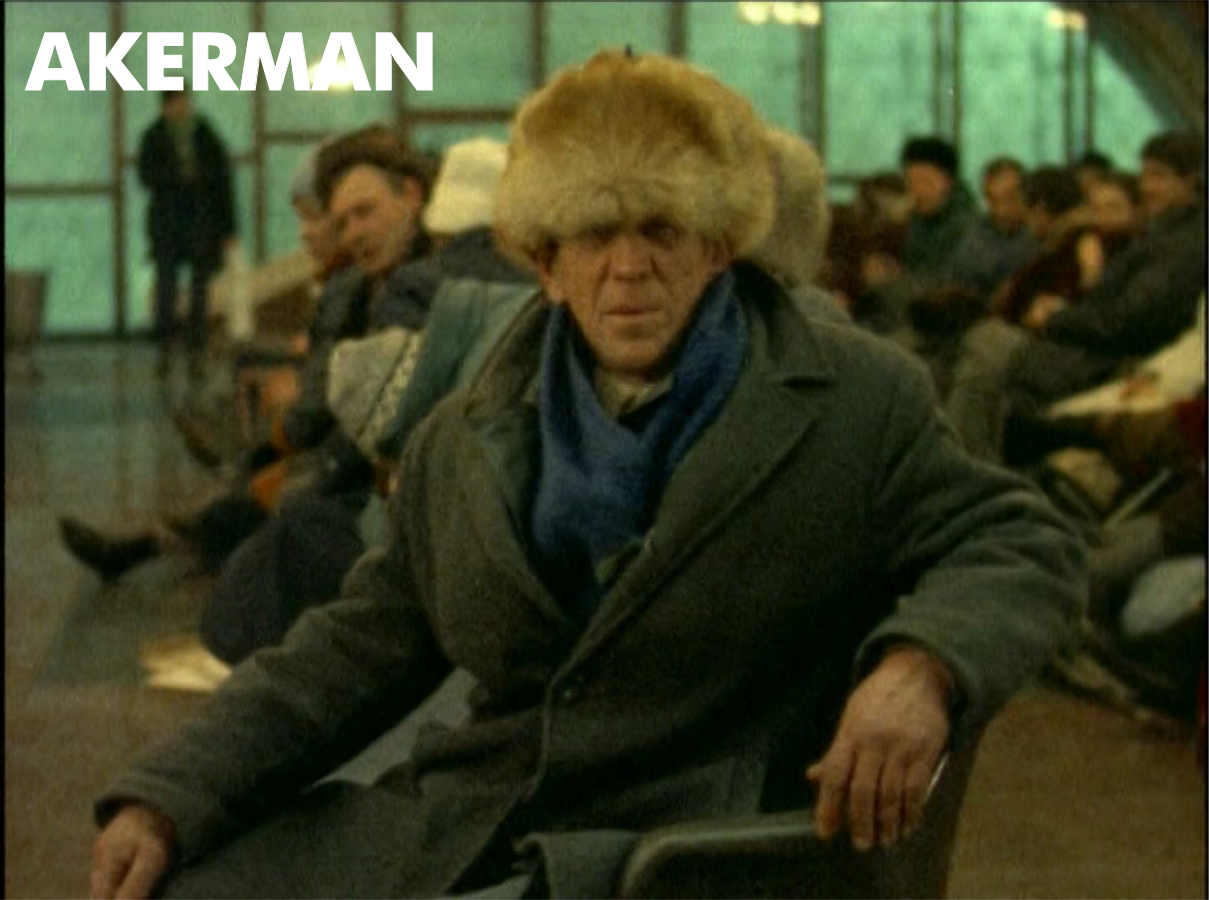 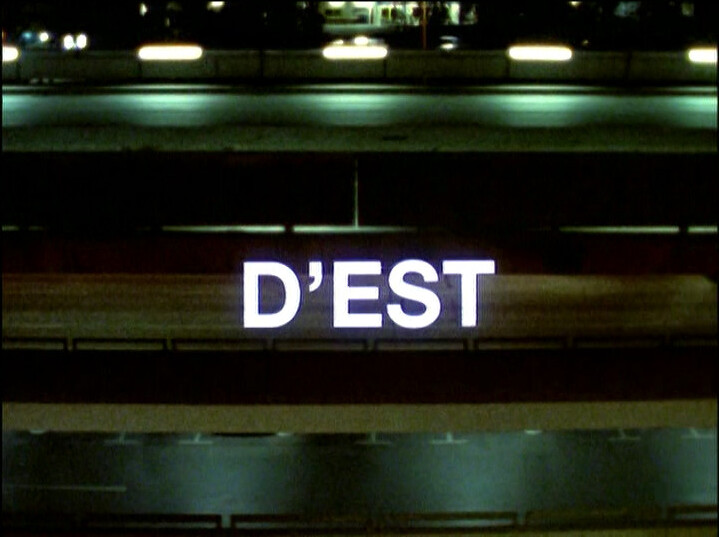 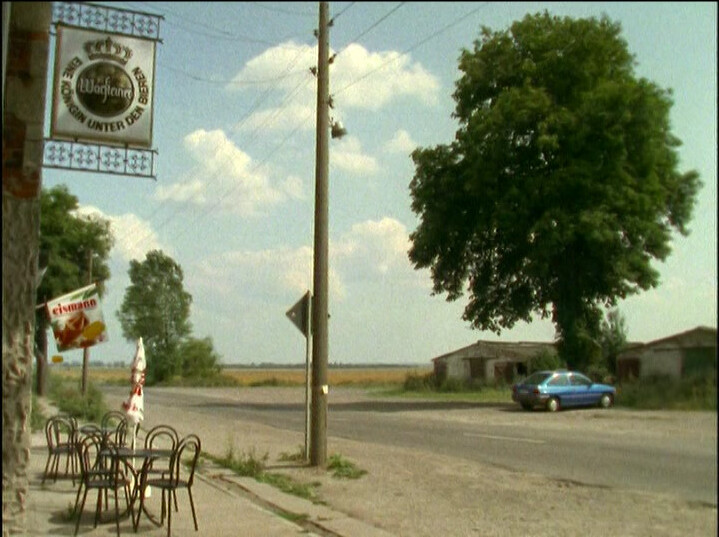 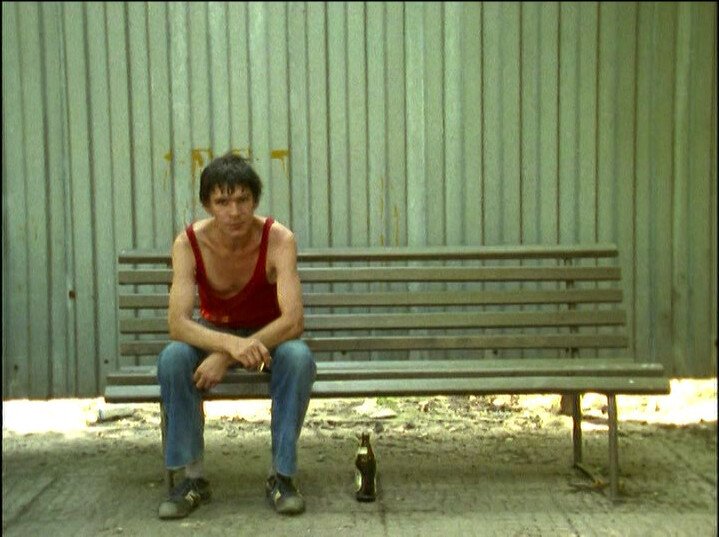 Looks like this is a documentary? And there’s no commentary, and so far nobody has spoken.

From the title, I guess this is from the east of something, but I’m not quite sure what yet. East France? Belgium? Europe? 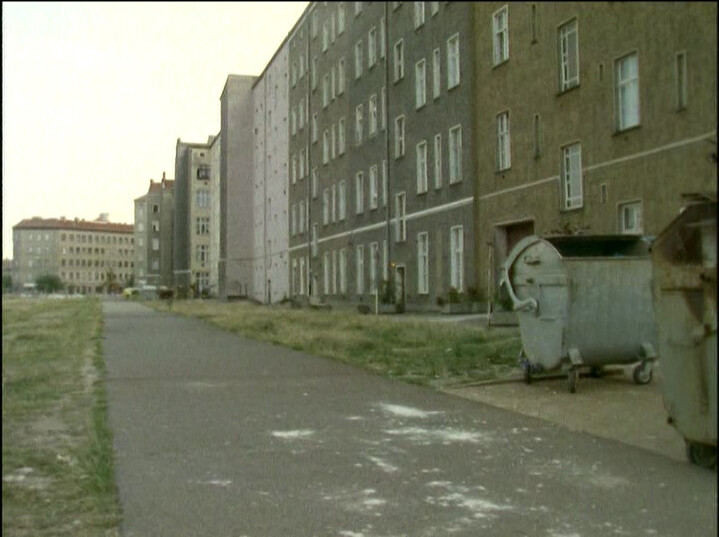 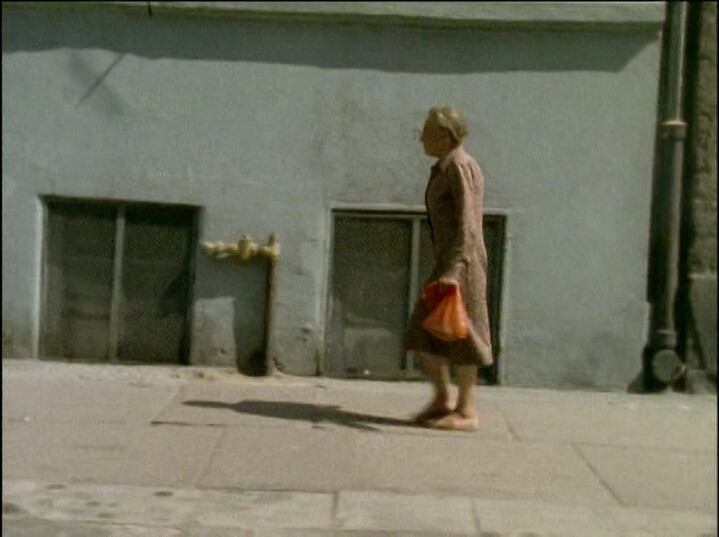 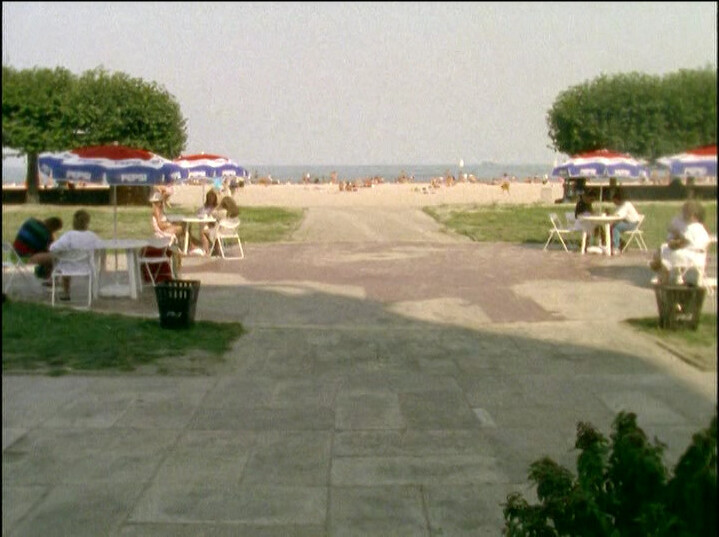 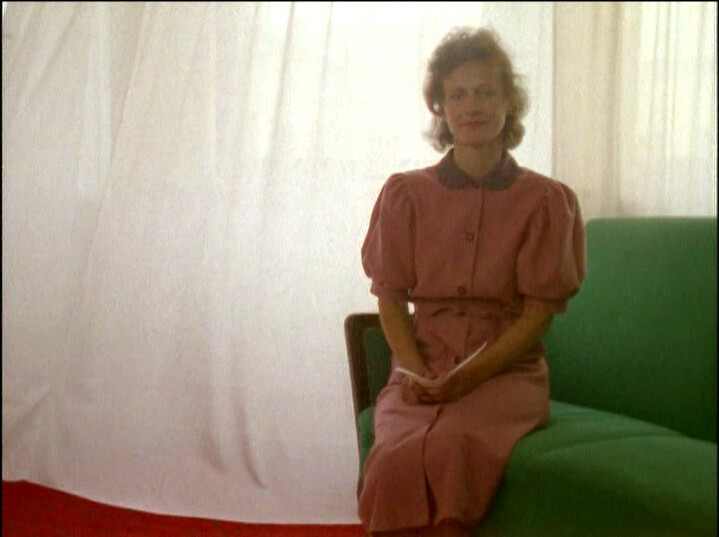 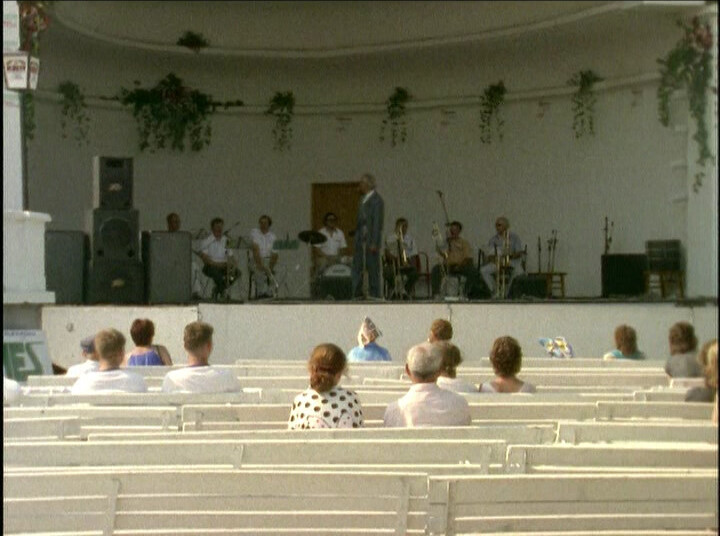 OK, that guy is talking. Definitely eastern Europe? No subtitles. 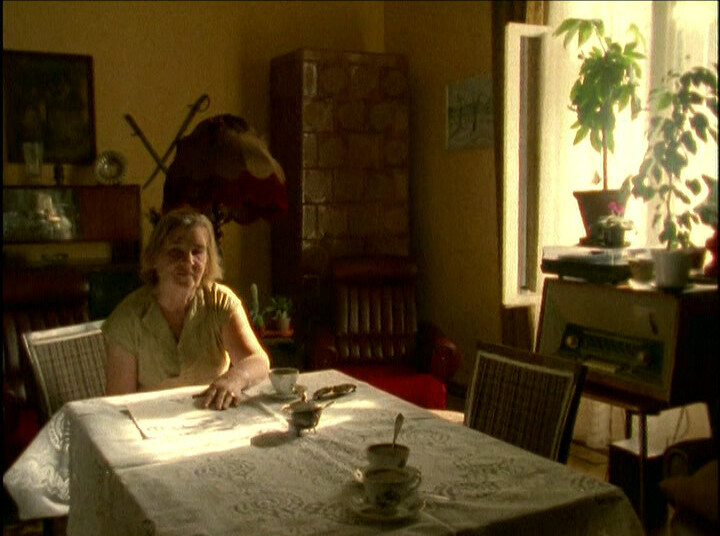 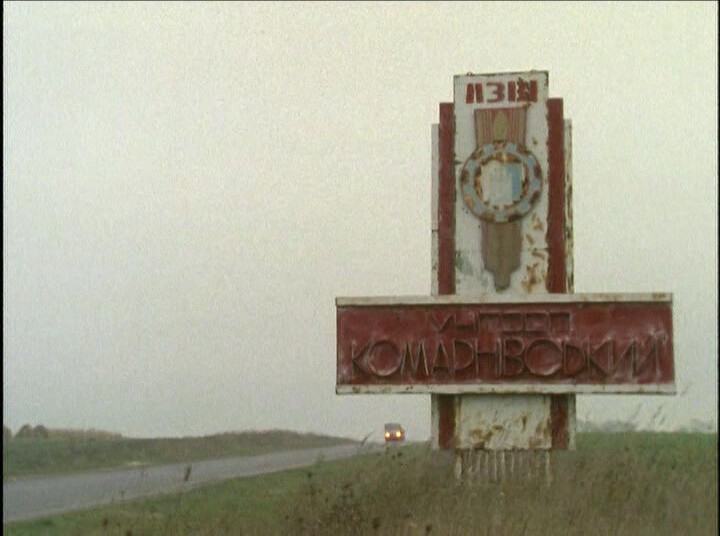 Is that cyrillic? So perhaps this is in Russia? 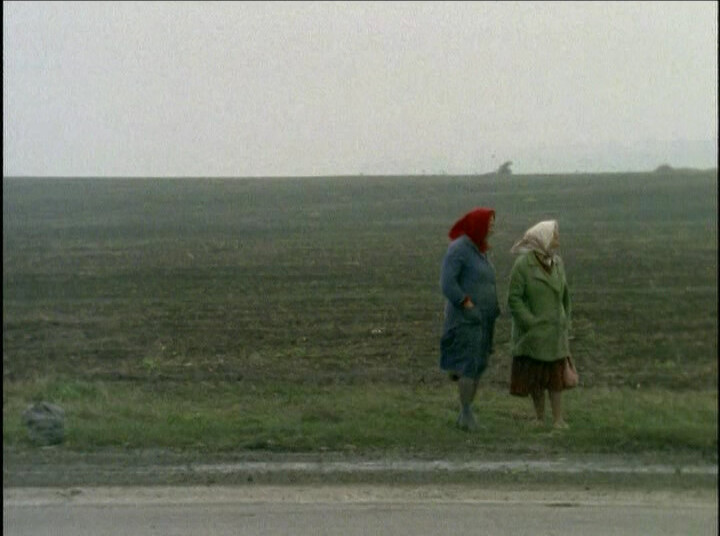 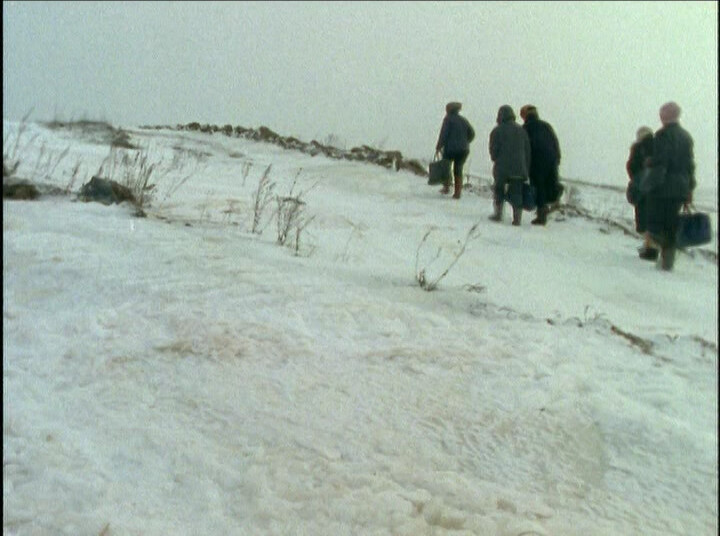 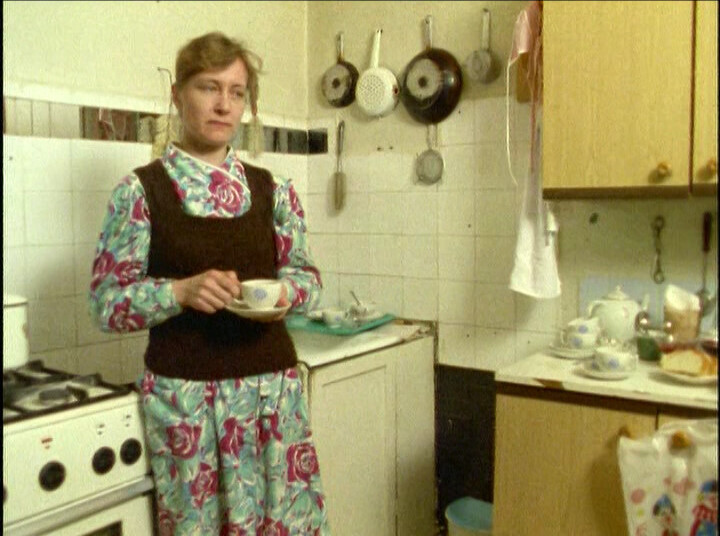 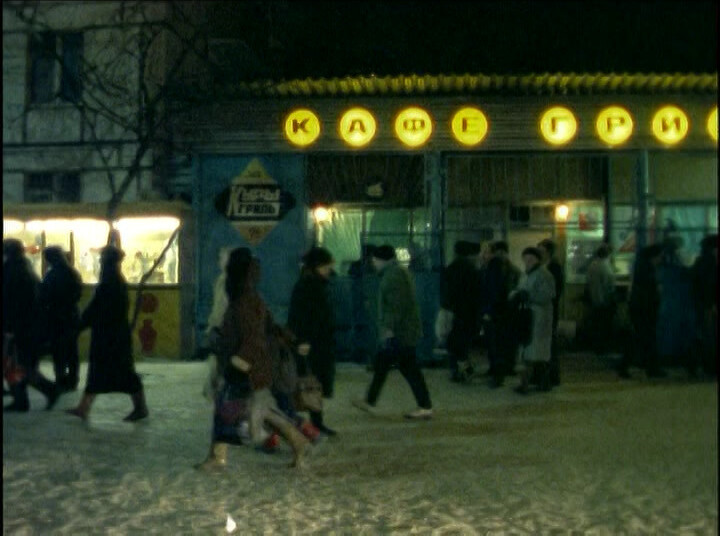 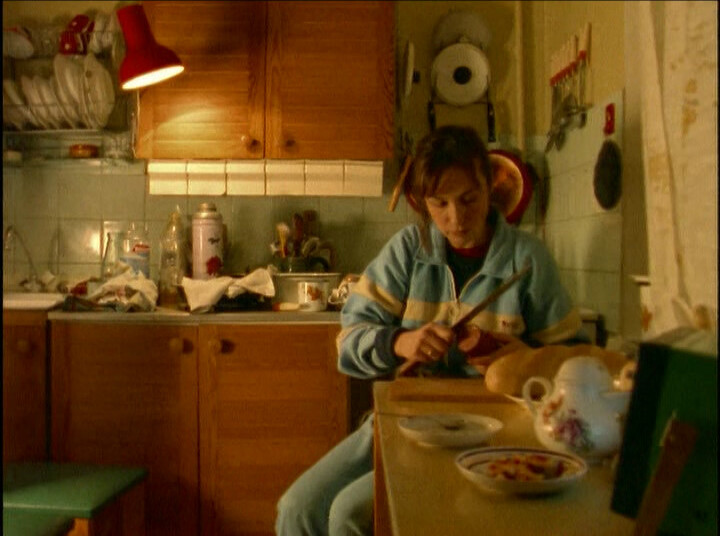 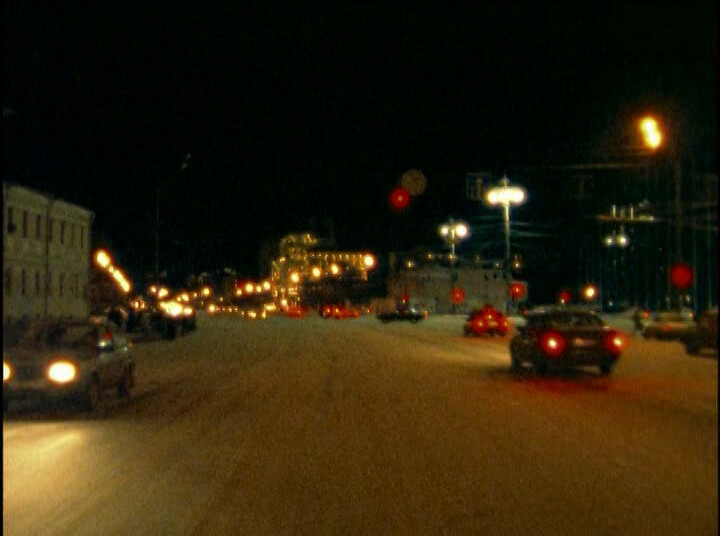 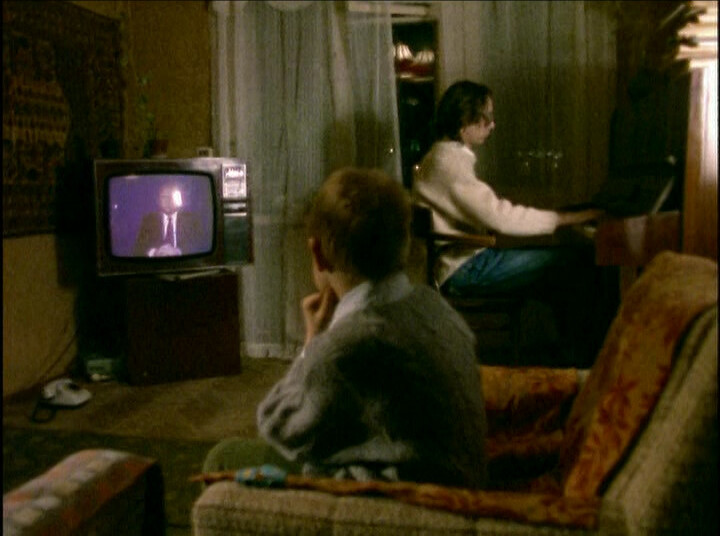 I wonder what the people who were shocked by Jeanne Dielman would say about this movie — I find it intermittently riveting, but then I drift off a bit. It’s just pure… film? I mean, Akerman points the camera at people, and that’s apparently all she does, and the result is something as interesting and captivating as this. But it’s also 10x as “boring” as Jeanne Dielman was, which had, you know, a plot. 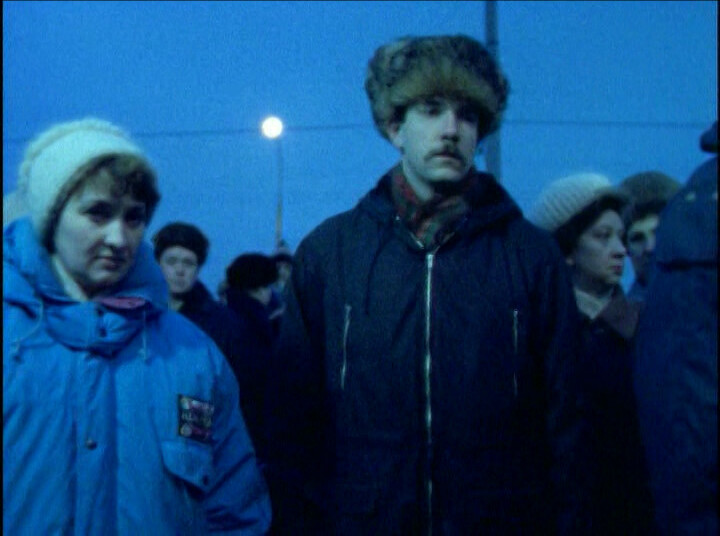 I’m also wondering how she did all the slow tracking shots. Did she drive a cart around with a mounted camera very close to people? Had they been told that she would do that? Some people clearly avert their faces, because they don’t want to be on the film. Some people look straight into the camera. A few people talk. Most try to look natural. But what are they all waiting for? 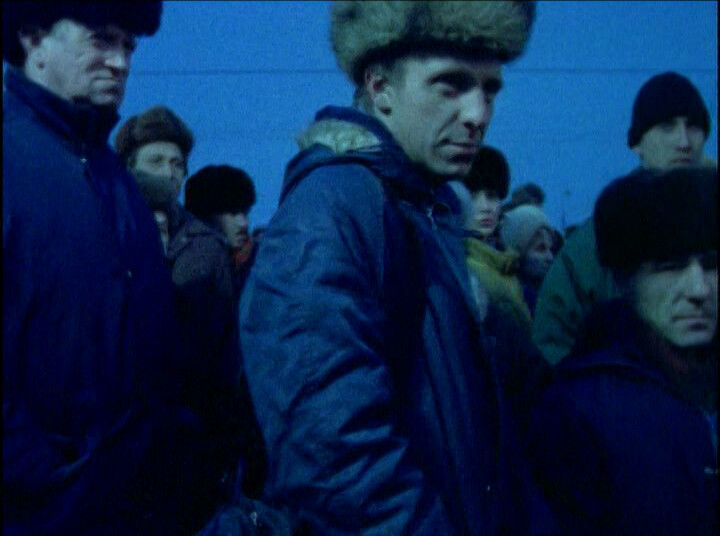 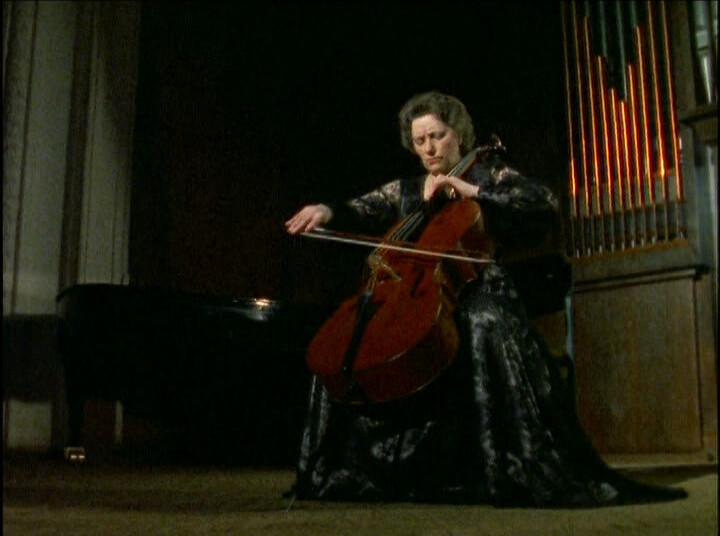 When this scene started, I assumed that we’d gotten to the last bit, and that this would last for 12 minutes, but instead it was a pretty brief take — just three or four minutes. Really nice tune and performance.