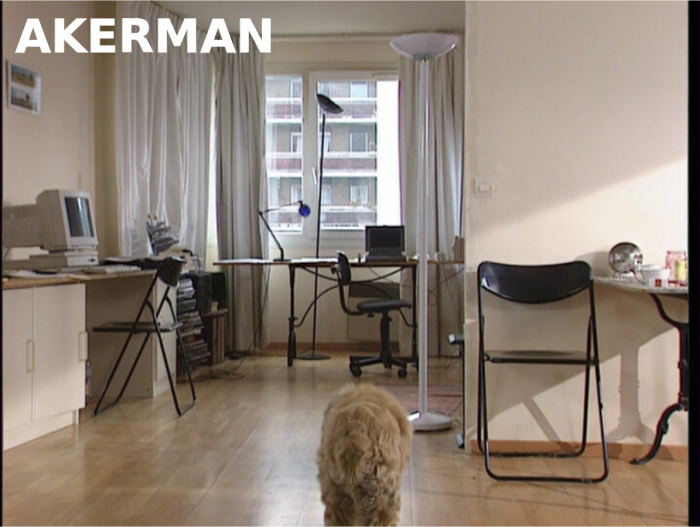 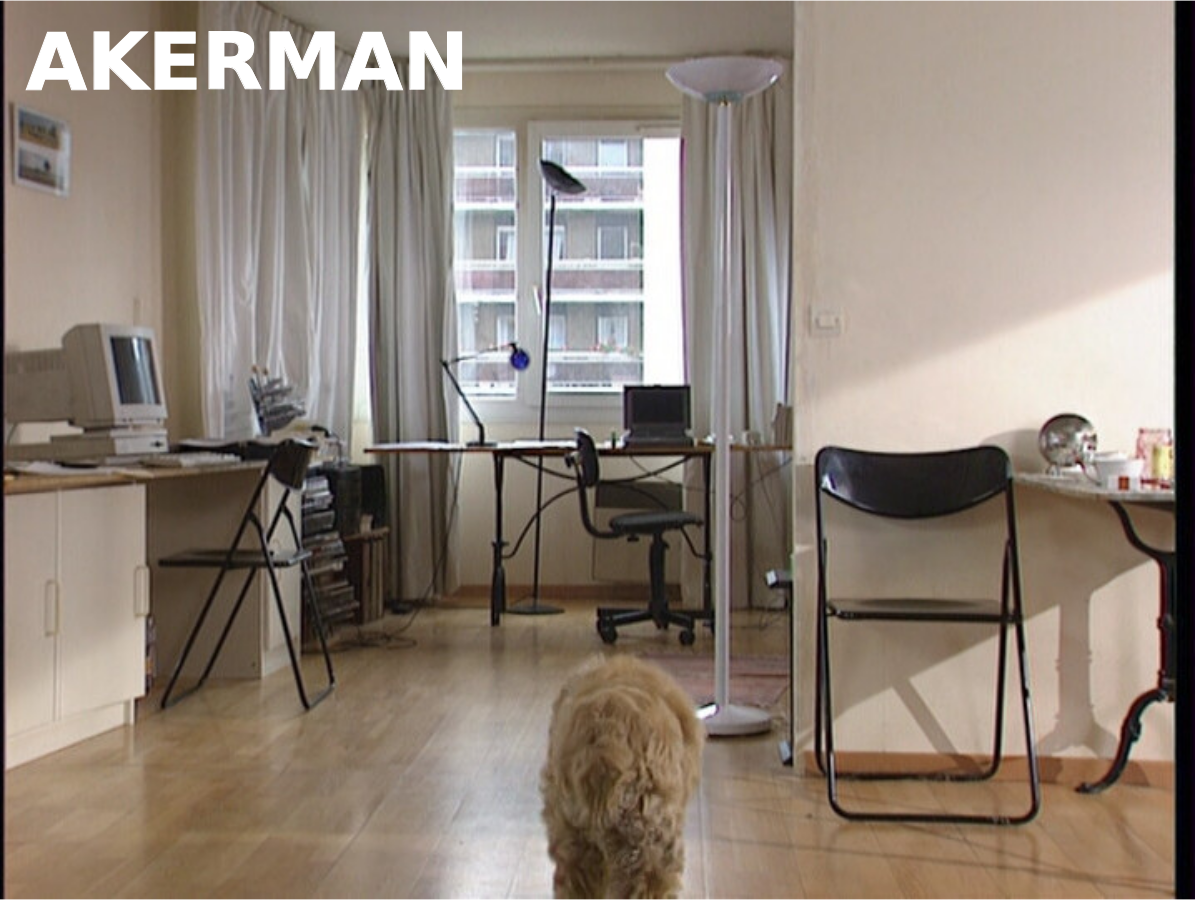 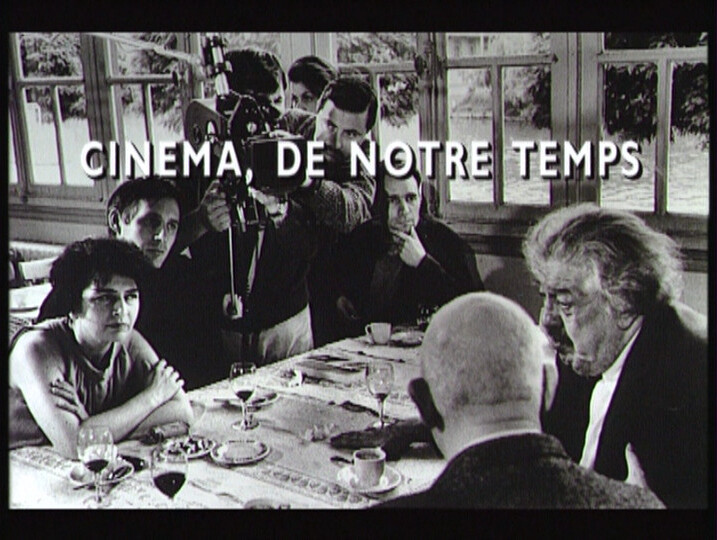 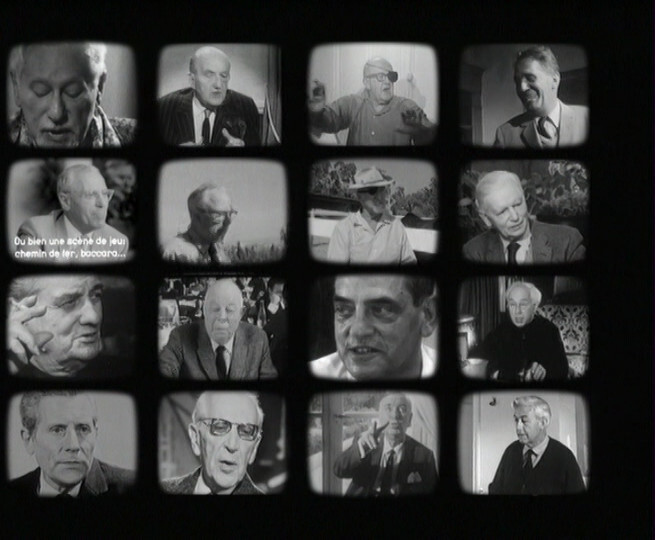 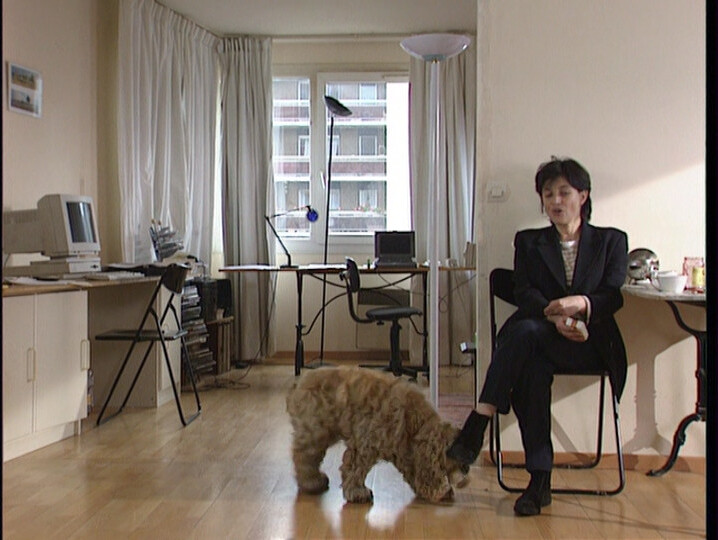 So, Akerman is doing an episode of a TV series (?) called Cinema of our Time, which (I infer from what Akerman’s saying here) is usually a thing made by one director about another director. Since everybody’s already been done, she does this about herself. Makes sense to me. 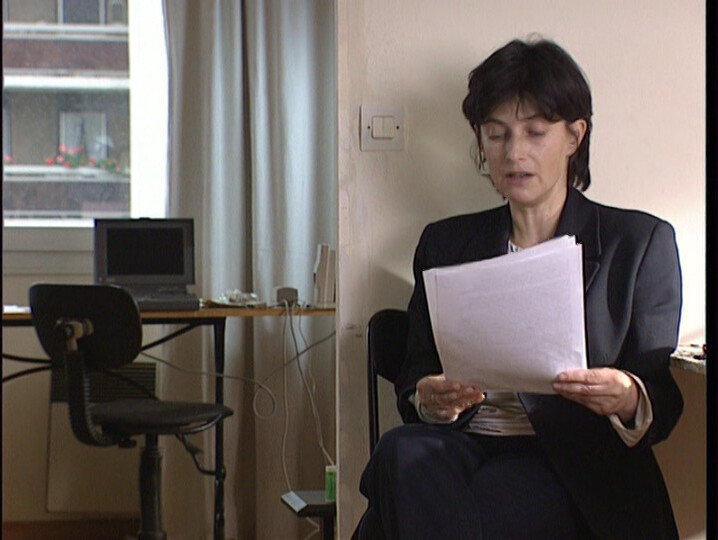 It’s … hm… It’s not very dynamic, and it’s impossible to do a flattering screenshot of somebody who’s talking all the time. 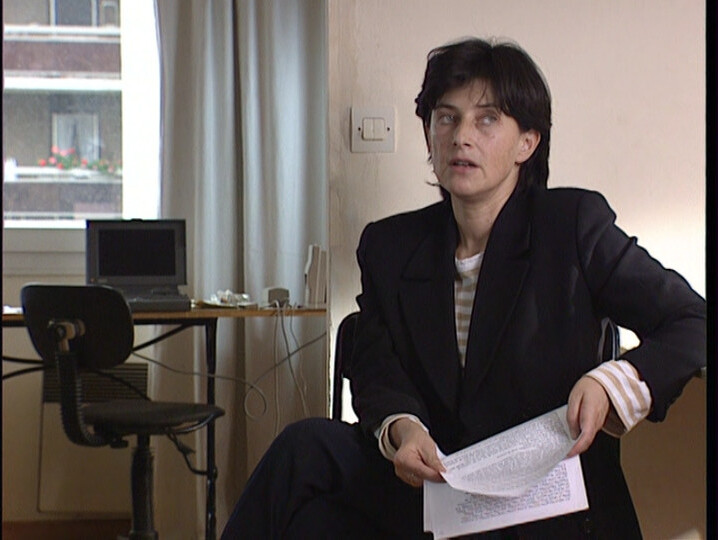 This is basically about Akerman talking about how she just doesn’t know how to do this thing, but she’s doing it anyway, because she signed the contract. Which is an amusing conceit and all, but then perhaps there should be more jokes? 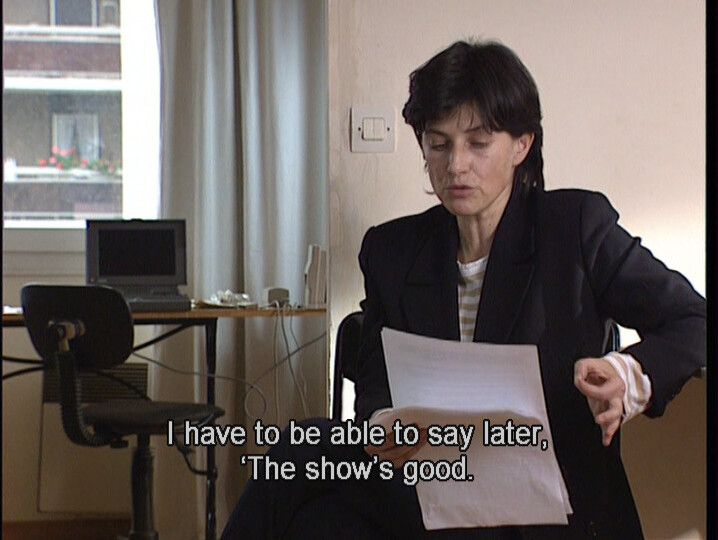 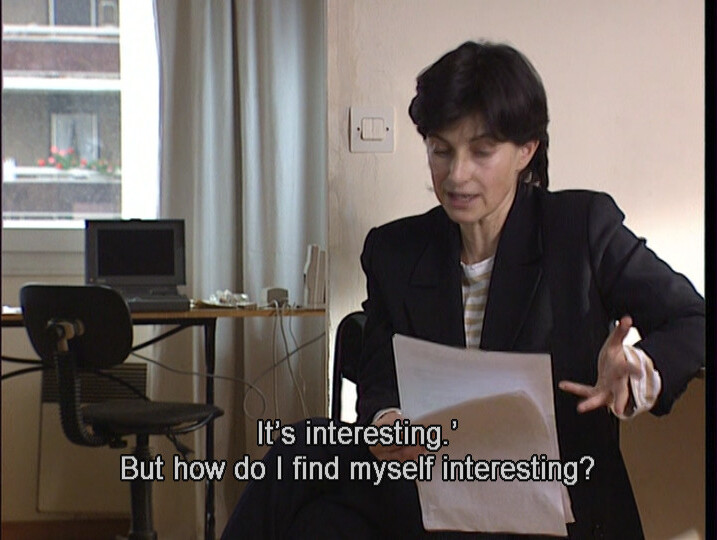 OK, now she did a good joke about a cow. I laughed out loud.

My shallowness paid off! 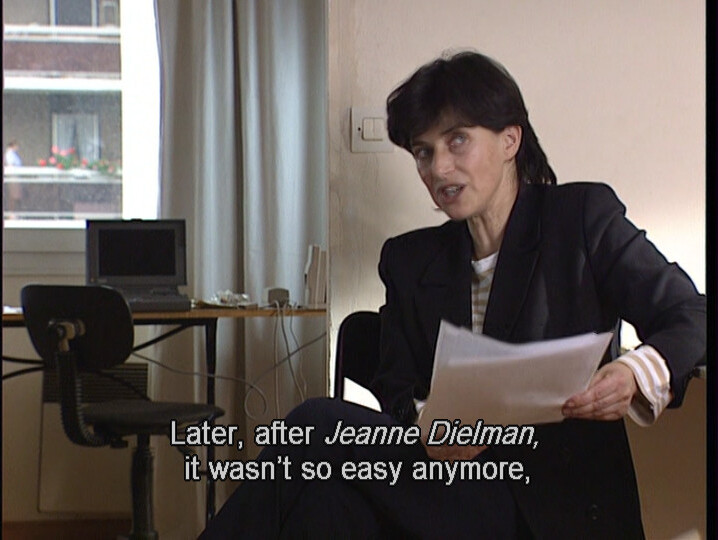 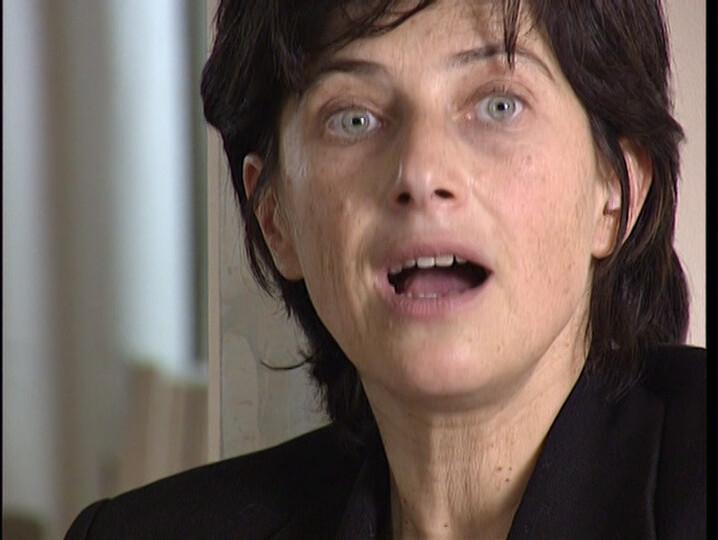 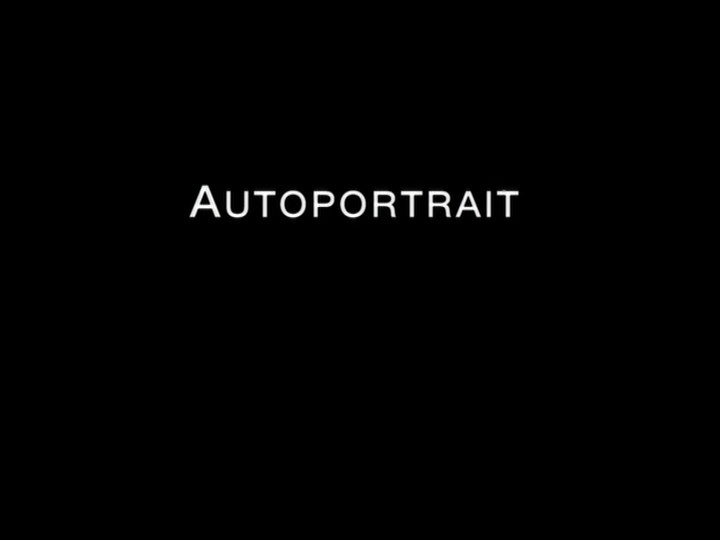