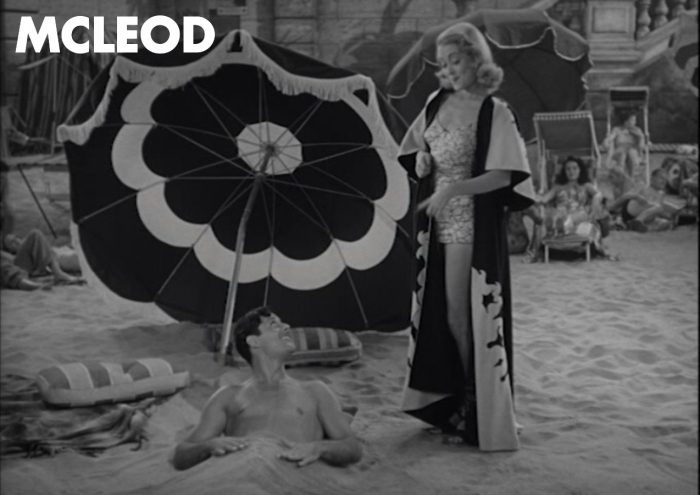 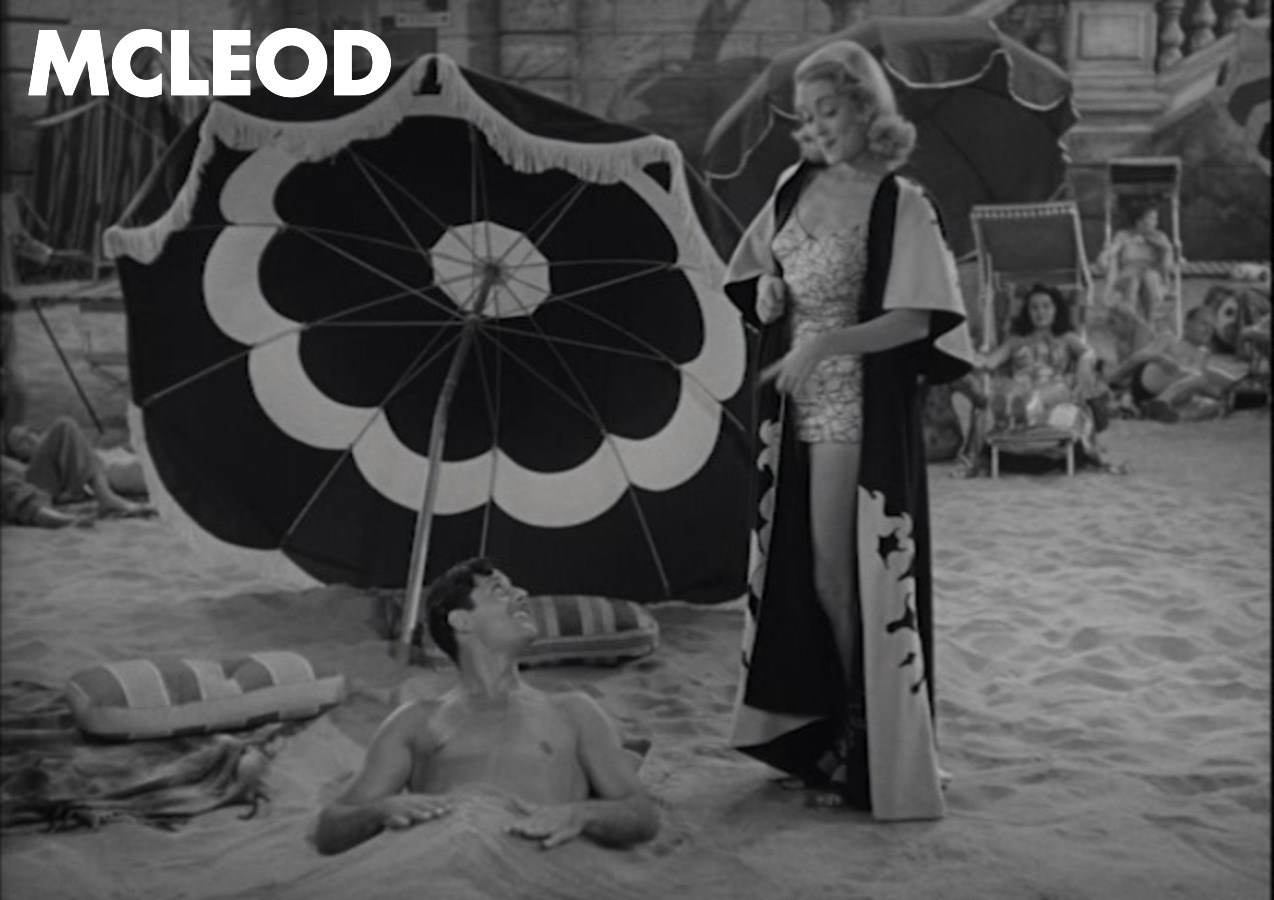 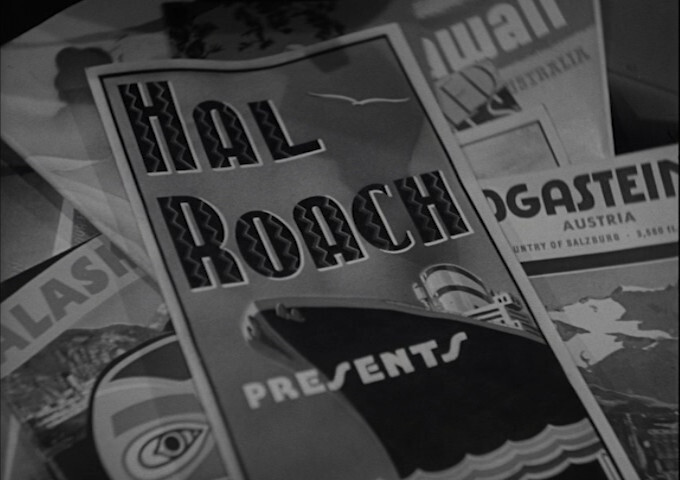 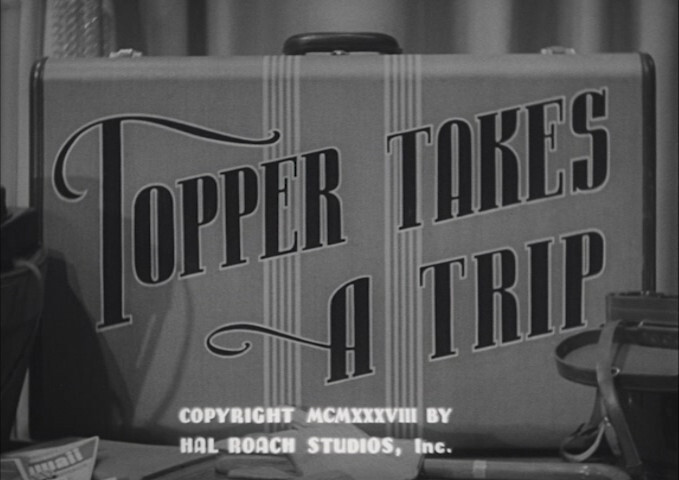 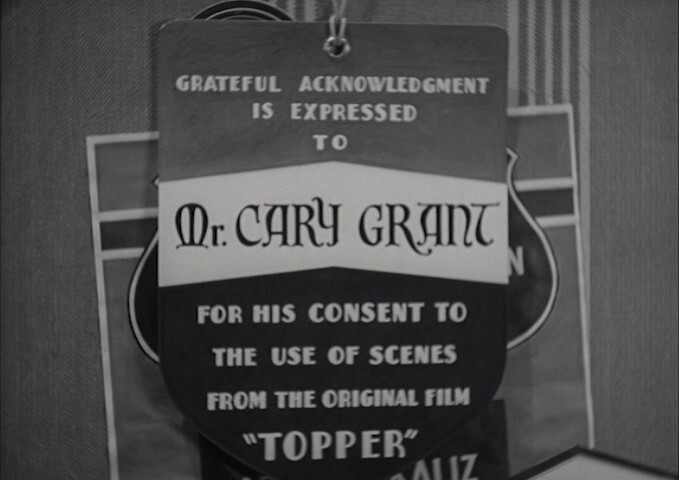 Oh, right, Cary Grant was in the first Topper movie? But he’s not in this sequel? How odd. 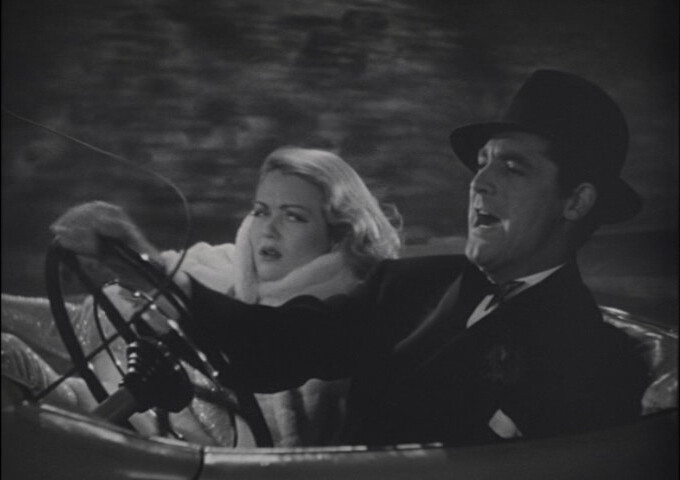 Oh yeah, this was the movie these two people died and then turned into ghosts and helped that other guy with his life!

And I guess it was very successful since they did a sequel? 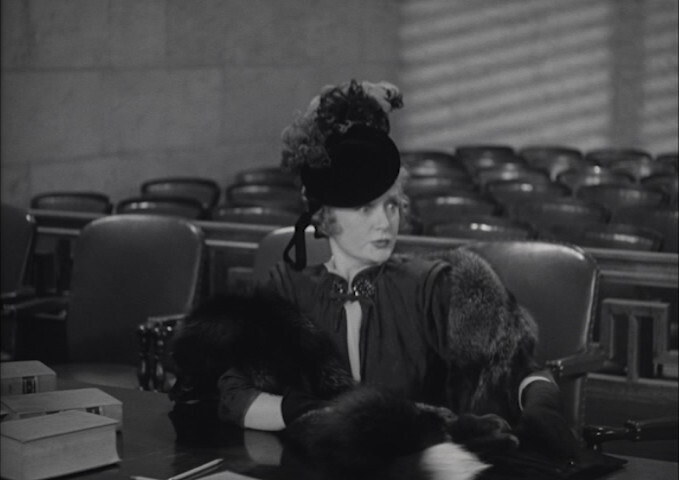 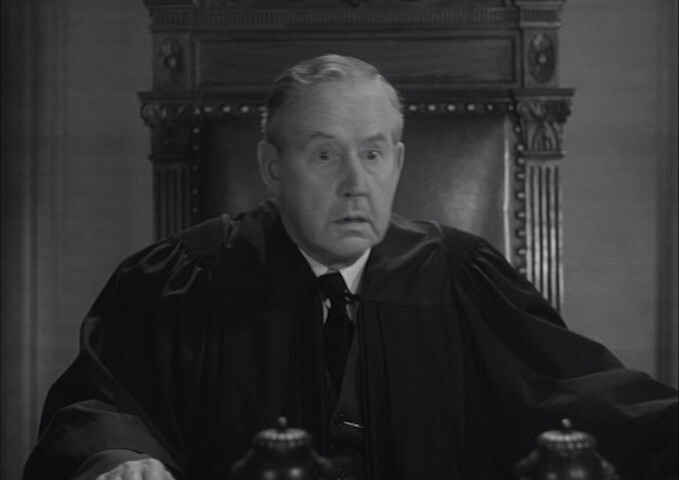 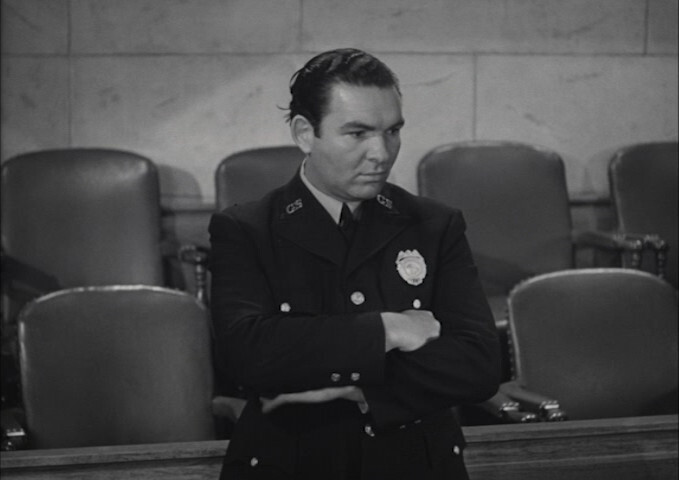 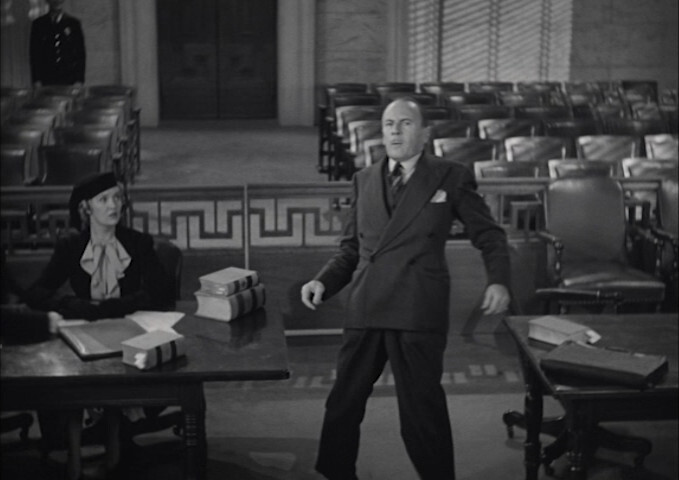 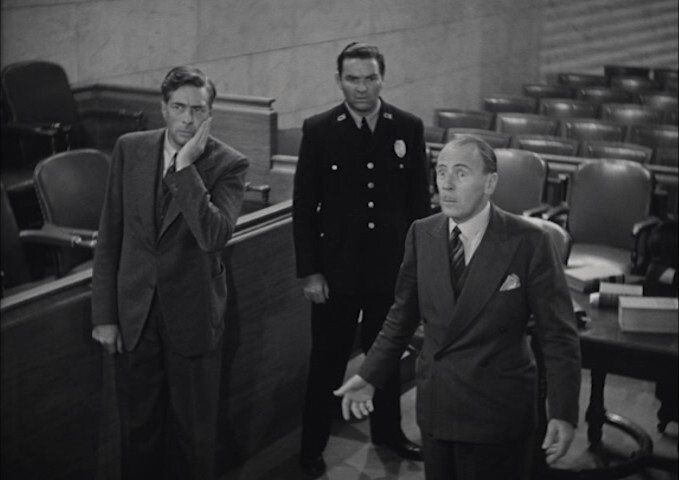 This is basically the same thing, only without Cary Grant — there’s now only a single ghost, but that ghost is still trying to help Topper (that guy to the right up there). 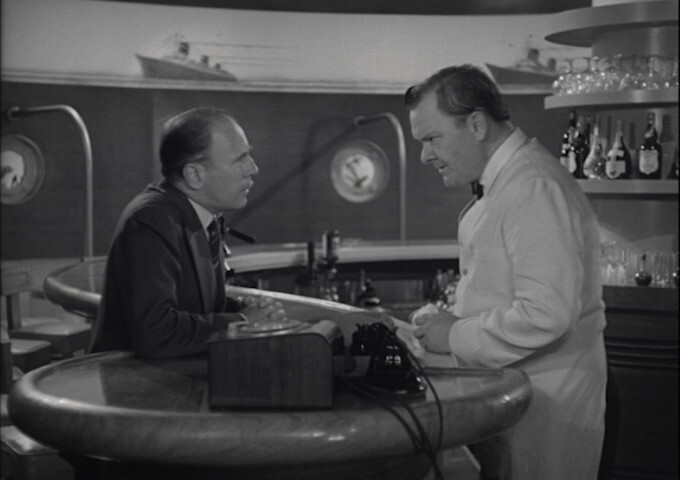 So it’s all these gags where he’s talking to an invisible woman, and people looking funny at him. 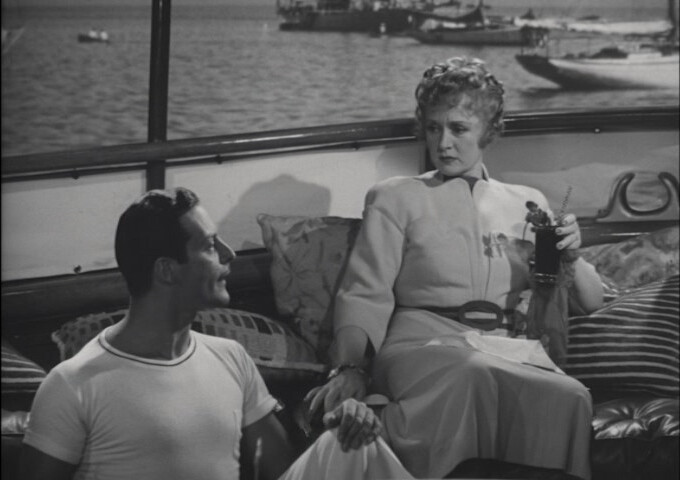 This is most amusing.

The ghost gags (here’s the ghost dog) are more accomplished than in the first movie, and it’s a lot less convoluted. 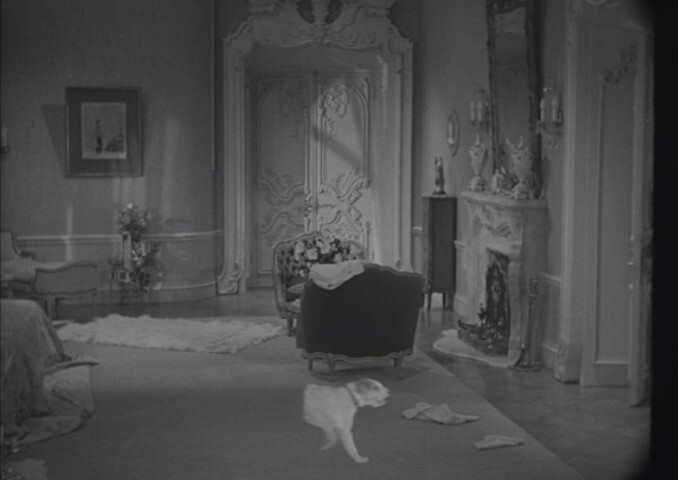 Some of these scenes are transcendently silly. 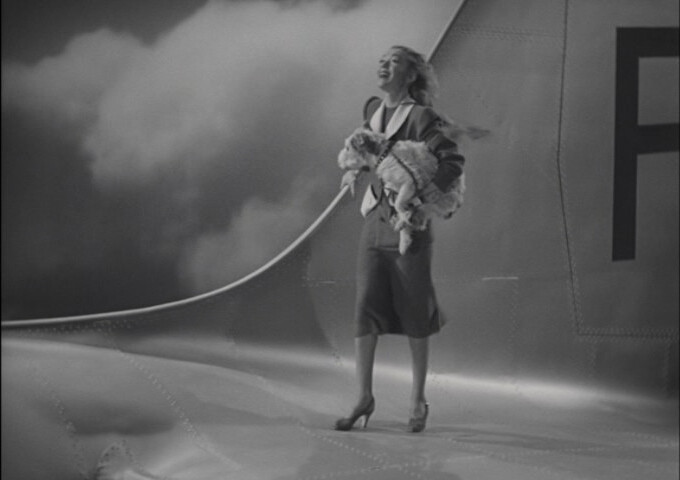 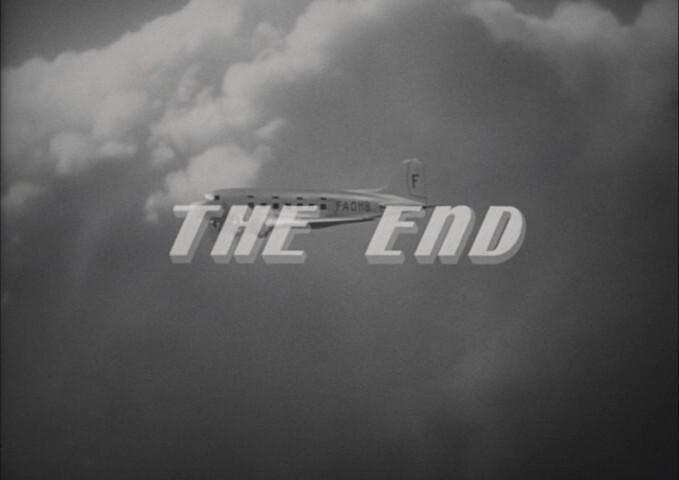 I think that was better than the first movie: It went right into the slapstick without all the emotional stuff first. 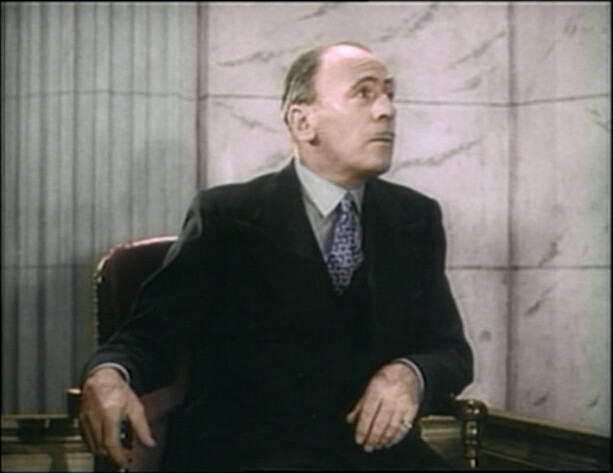 Oh, there’s a colour version on this DVD, too? 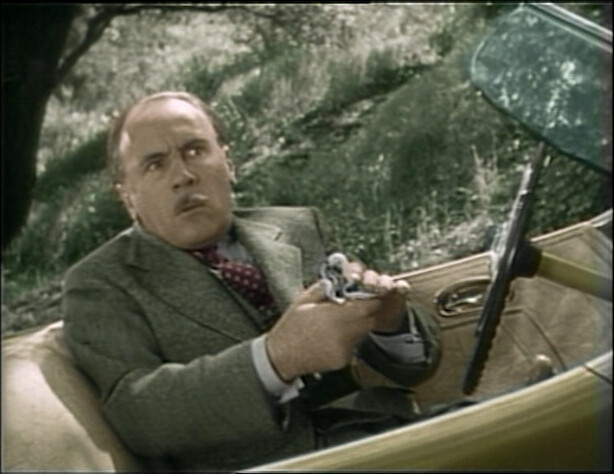 Has this been colourised?