Oh! This is an anthology movie? I just noticed all the directors…

I’m pretty sure I watched this on VHS back in the 80s, but I have no recollection of what the movie is about. Or movies.

Was this primarily a showcase for super wide screen movie technologies? The super-wide lens here (with a very deep field of view) seems almost supernatural.

How the West Was Won was one of only two dramatic feature films (the other being The Wonderful World of the Brothers Grimm) made using the three-strip Cinerama process. Although the picture quality when projected onto curved screens in theatres was stunning, attempts to convert the movie to a smaller screen suffer from that process’s technical shortcomings. When seen in letterbox format, the actors’ faces are nearly indistinguishable in long shots.

I mean, look! That oars bent! This is so otherworldly — everything looks subtly wrong… like I’m on acid or something. 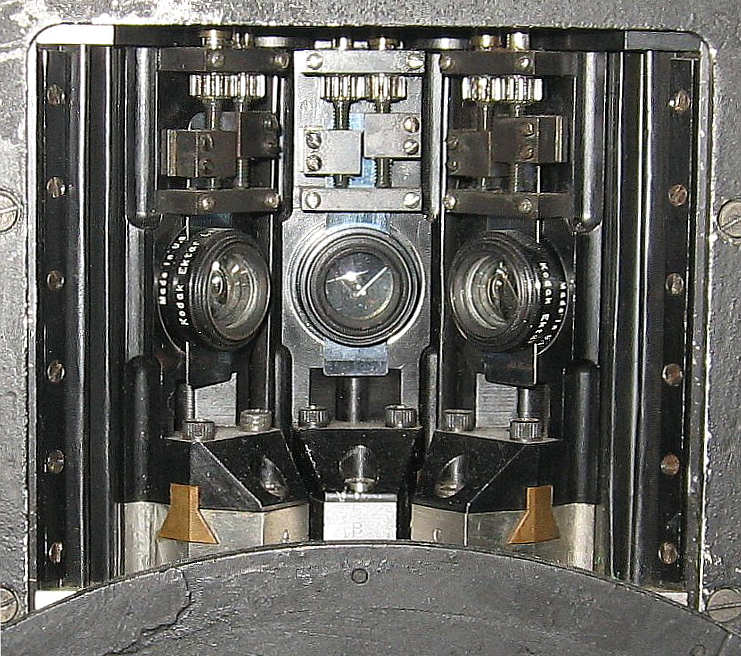 So that’s what a Cinerama camera looks like, and explains why the angles are off.

The odd angles here means that they try to keep the actors in the middle third of the screen all the time. It looks so obsessive! But it’s for technical reasons — when people move around between the lenses, it looks all wonky.

So no wonder this was only used for two feature movies — it must have been a nightmare to film.

But it looks really cool!

For most of the movie, the camera is totally stationary, but a couple of the directors try to move it around a bit (bit not a lot, because that’d make people sea sick). But putting the camera on the train, for instance, in an action scene, totally works.

I don’t know how to throw the dice on this one. It’s such a delight to watch — just because of the Cinemascope which makes everything look all wonky (in a good way). Every scene is like “yah”.

And the action scenes are amazing.

But the storylines are pretty… er… basic… or barely there.

So it’s lovely. But is it worth watching? I’ll give it a weaselly: