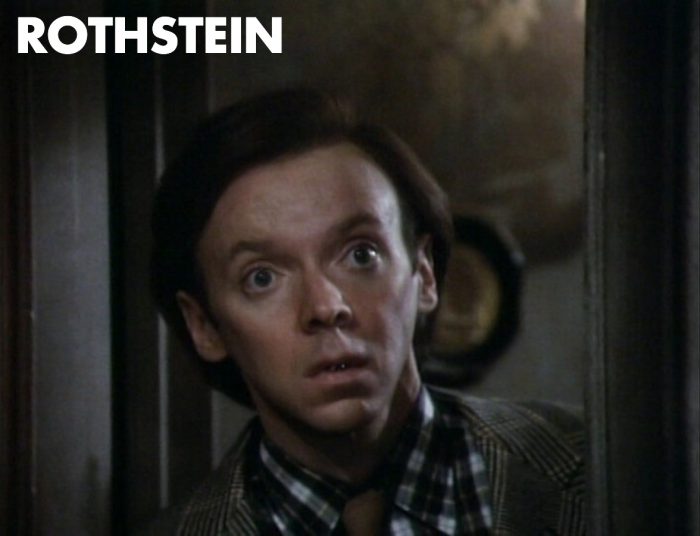 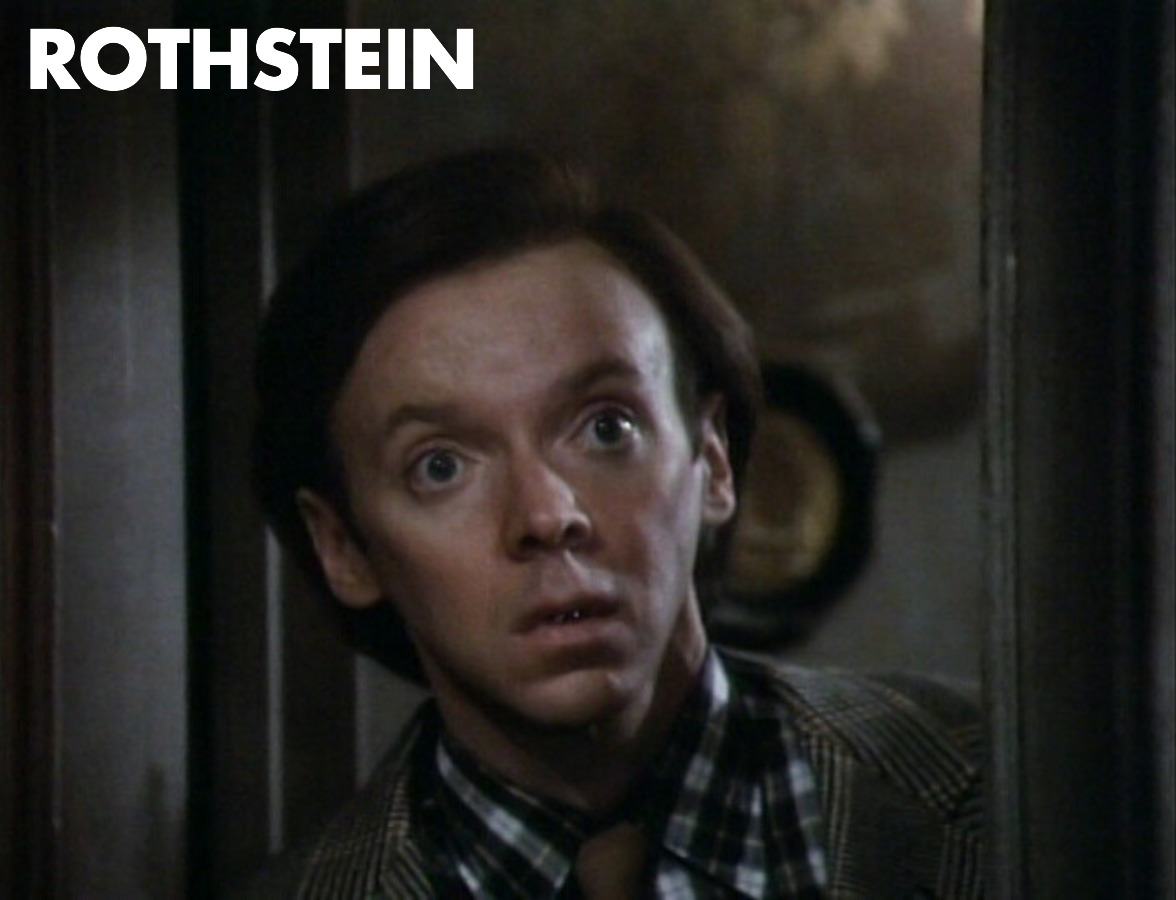 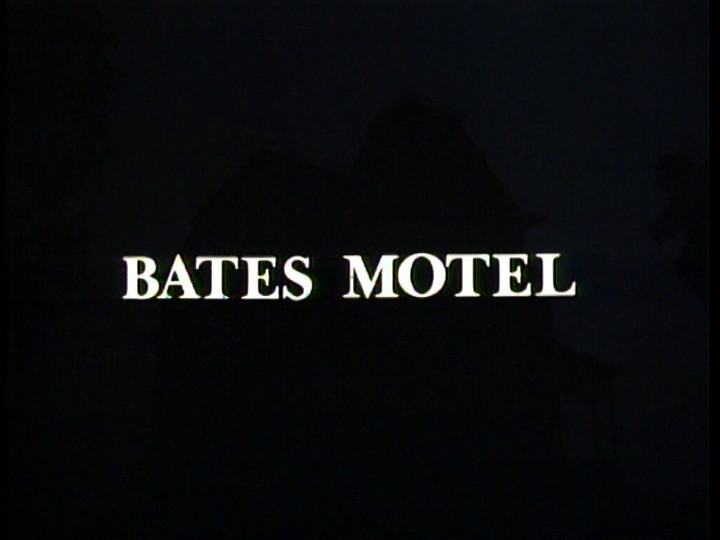 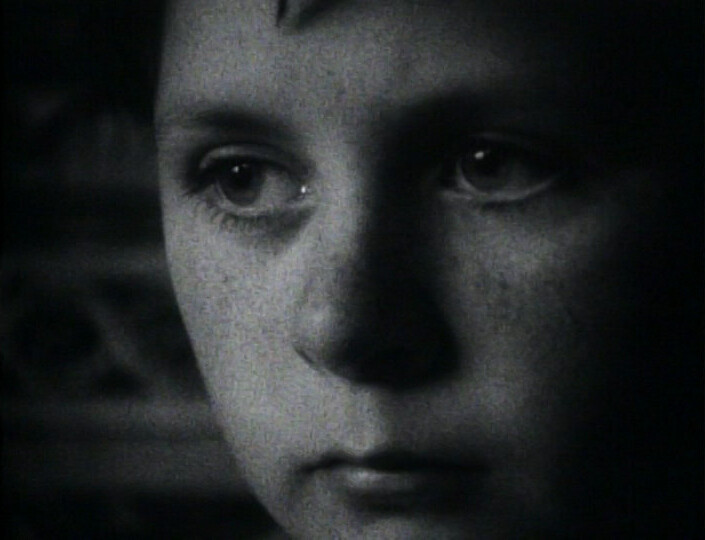 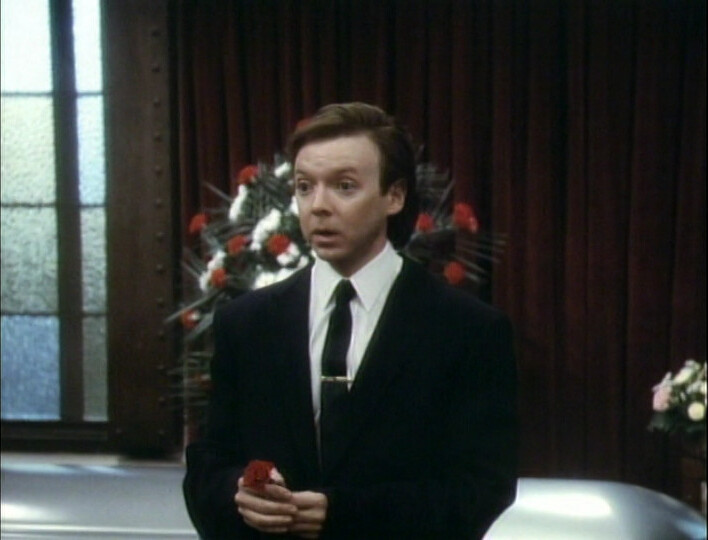 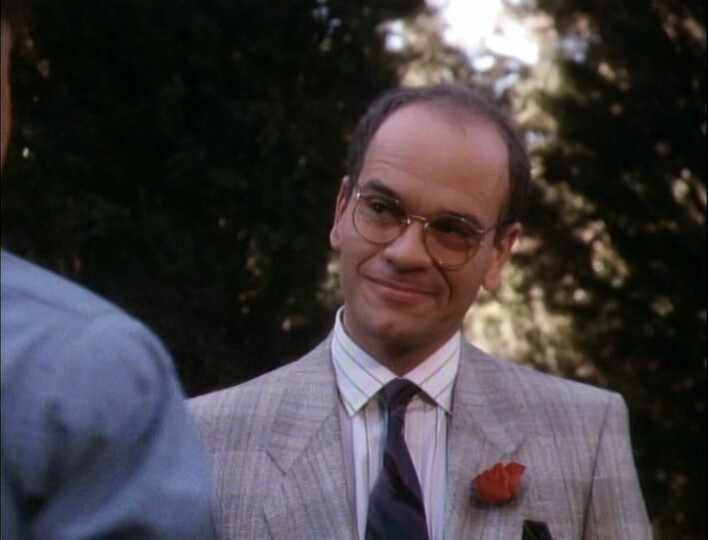 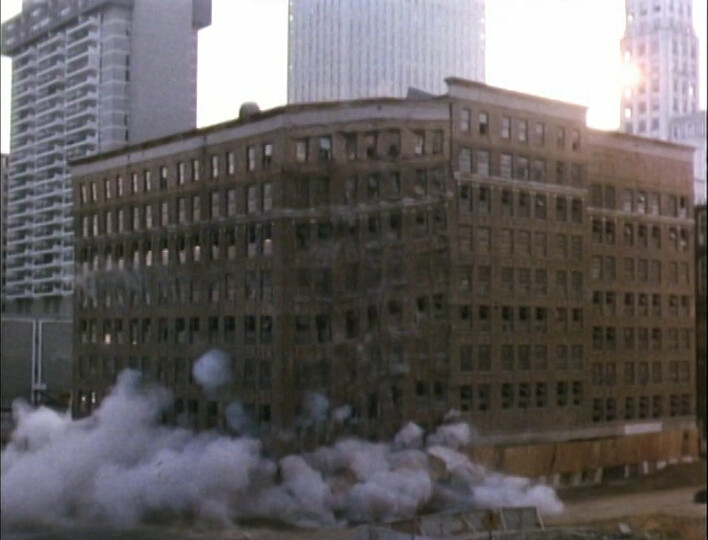 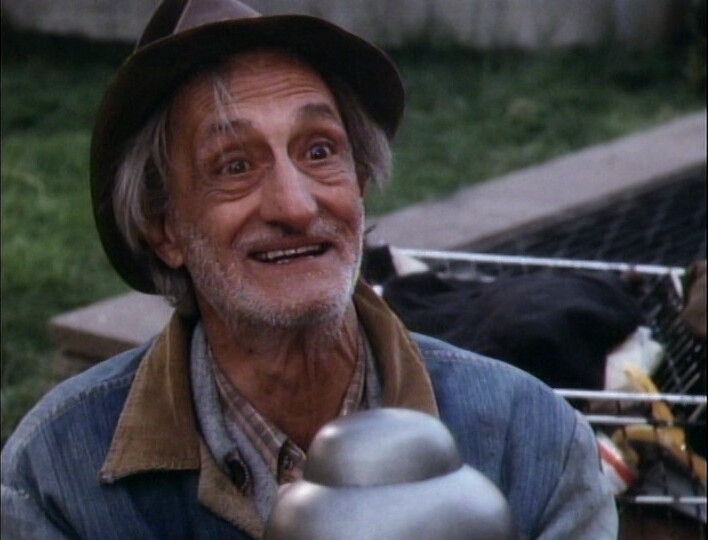 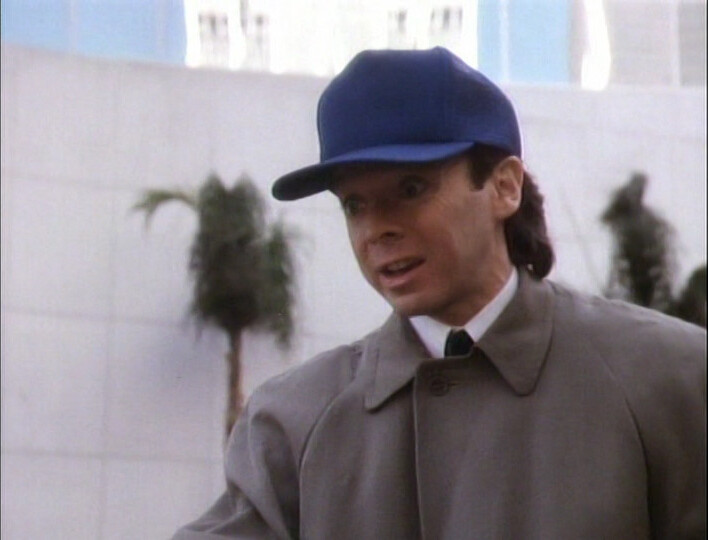 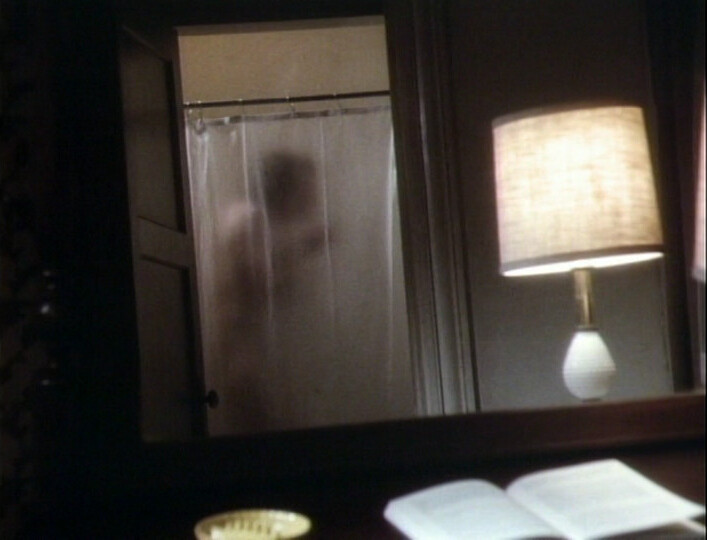 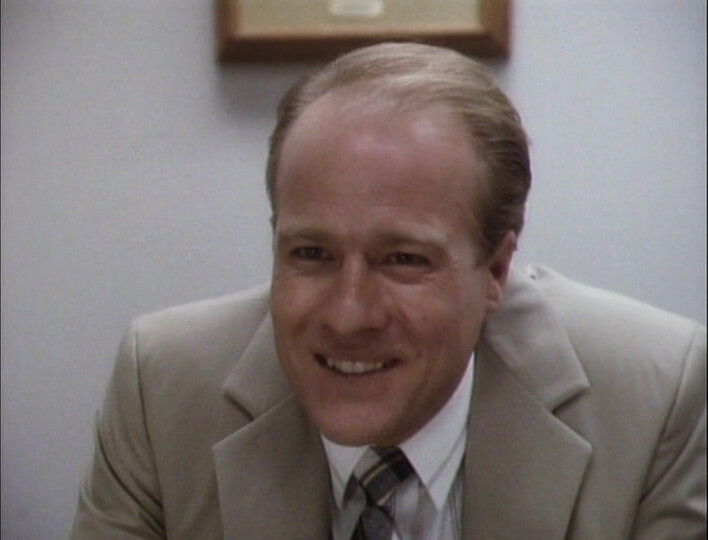 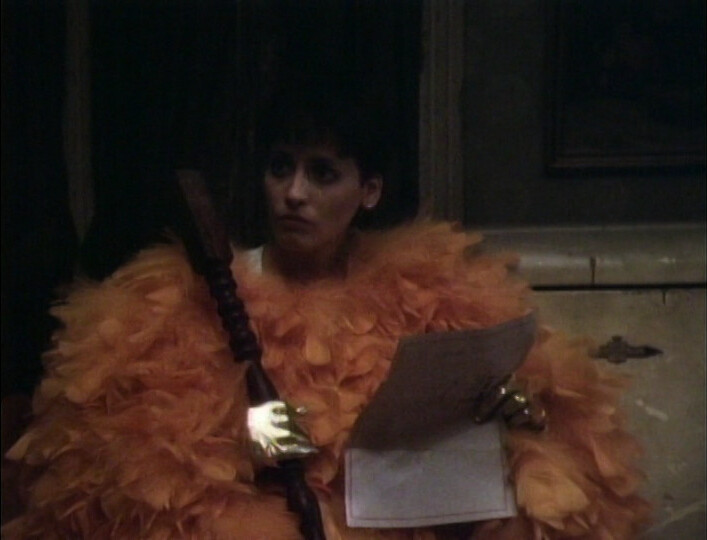 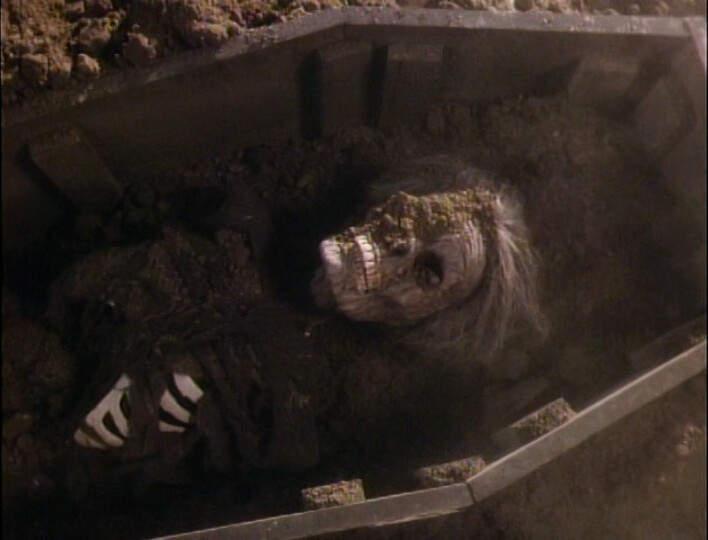 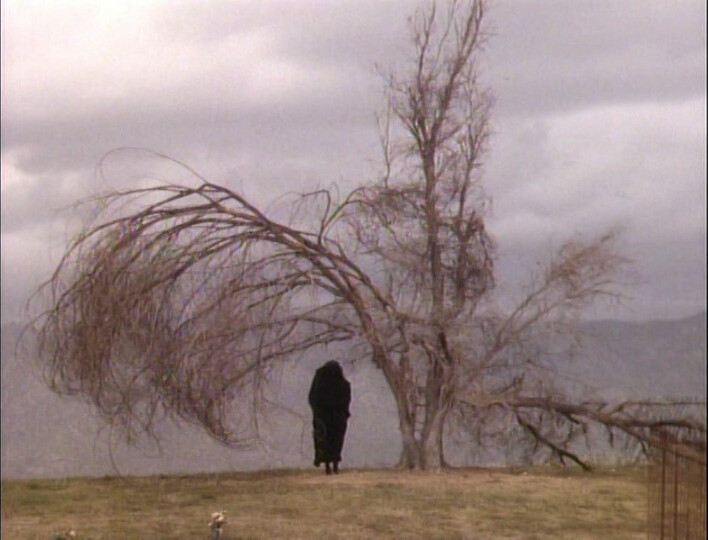 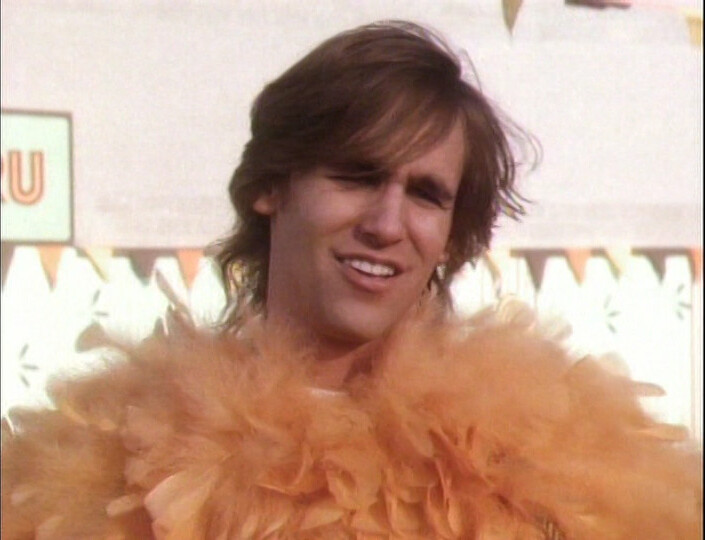 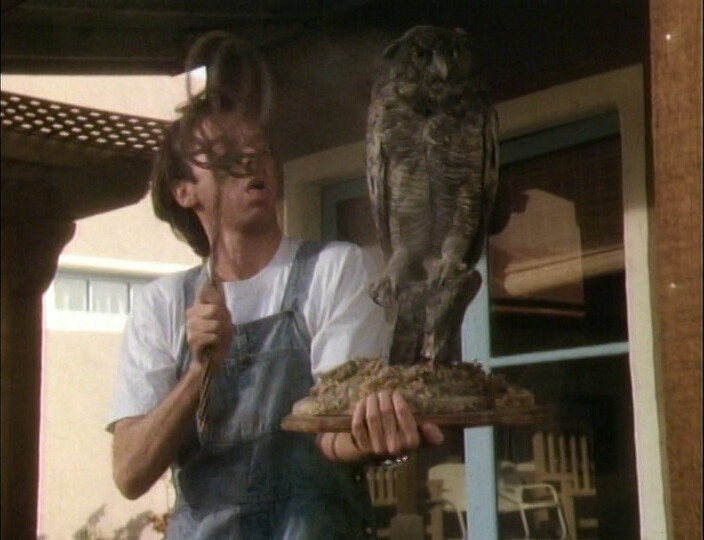 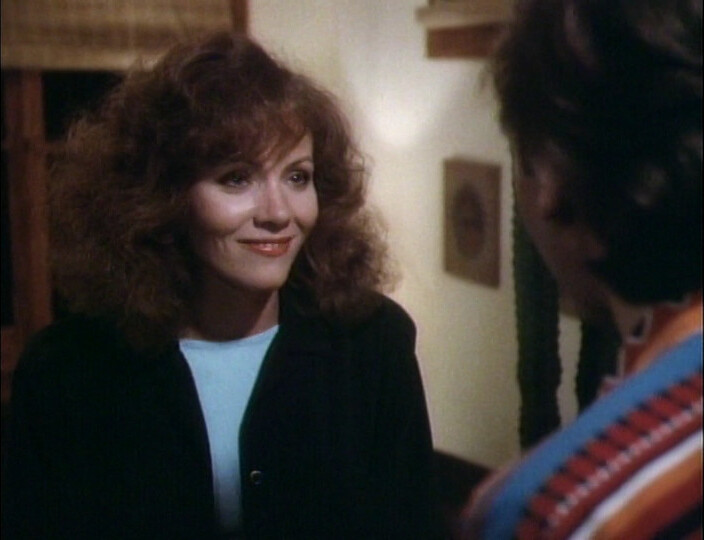 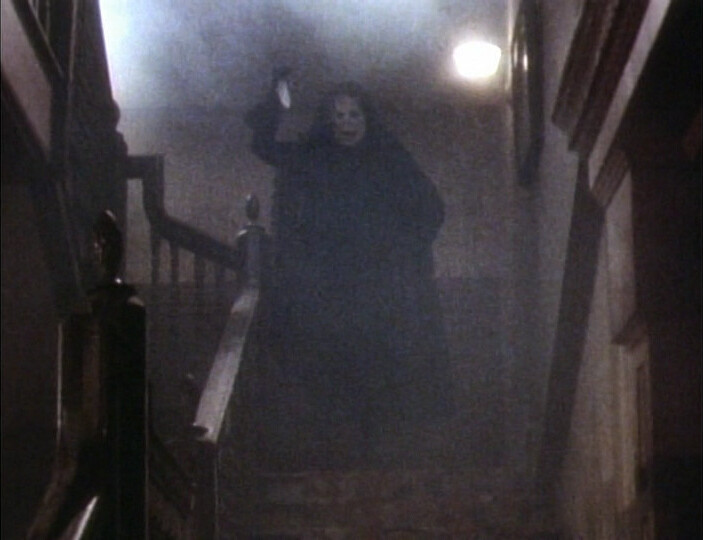 Oh, I forgot to watch this in when watching the other Psycho movies.

Hm… this is a made for TV movie? 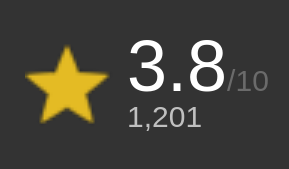 This is a pretty odd movie: It’s a comedy (I think?), but the gags would seem stale to a three-year-old, and the rest is kinda creepy.

It’s a strange approach to the Manic Pixie Dream Girl trope: This one is really needy, but she does goad the protagonist into doing things, so I guess it’s not that odd.

Actually, I don’t hate this. It’s a cheerily inept, unassuming little movie. All the performances are bad, but they’re not really trying to be good, either, so that makes it better. The set design is rather impressive for a movie with this kind of budget, but sometimes it’s more obvious that it’s all plywood and Styrofoam (and scale models) than at other times.

I mean… how can you not like that shot of the guy putting up er spackle up there? That’s the level of proficiency this movie is aiming for.

I feel like this could be a cult classic if only people had seen it, but it’s apparently never gotten wide distribution? (It was included as an unannounced extra on the Psycho box set.)

OK, now I changed my mind again. This is pretty excruciating. 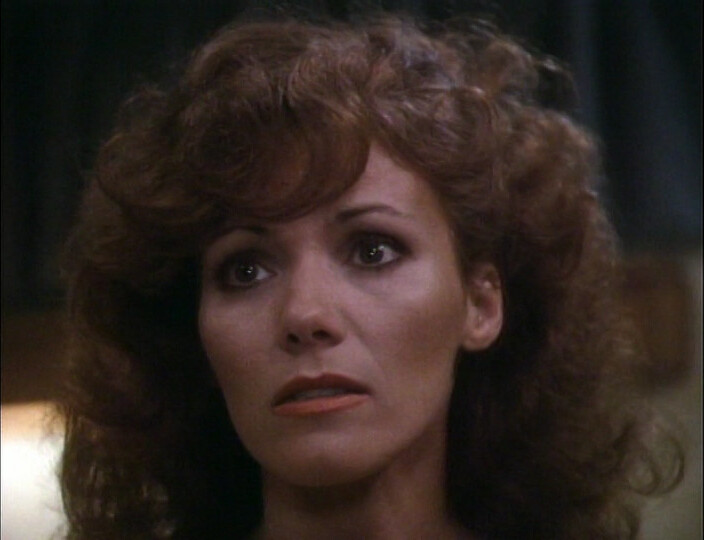 OH MY GOD WHAT A HAG.

(Yes, that’s the actual line from that scene.)

I liked the ending.

It’s a very confusing movie, but it’s got all the ingredients for a successful, silly riff on Psycho? And I’m totally up for that. But it flubs it seriously in the last third of the movie: It makes sense, plot-wise, but it’s just so boring.

And the twist ending was always obvious, even if I appreciate both the sentiment and the actual reveal.

So… Don’t watch this, probably? But it has its charms, if you’re willing to look for them.