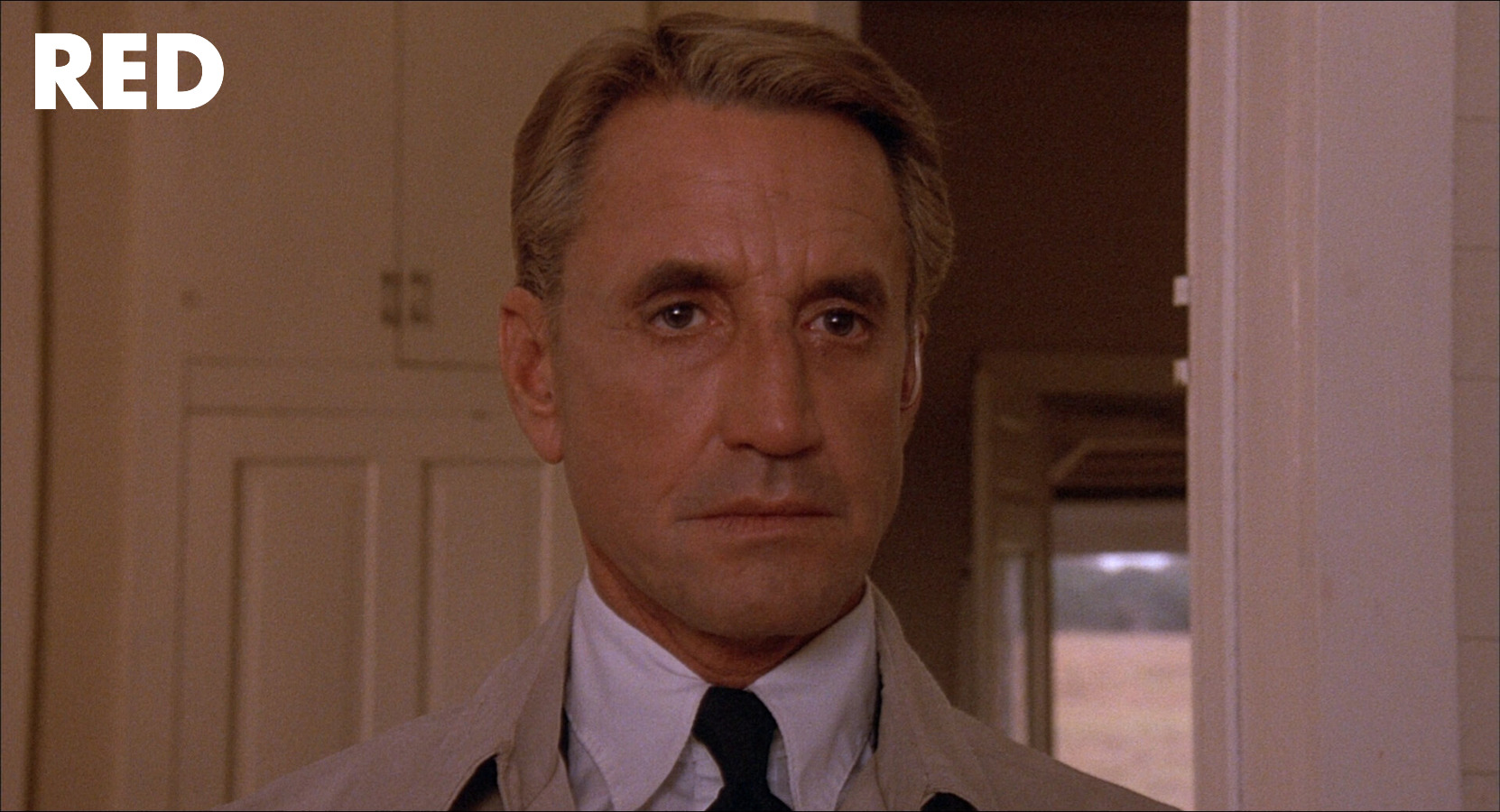 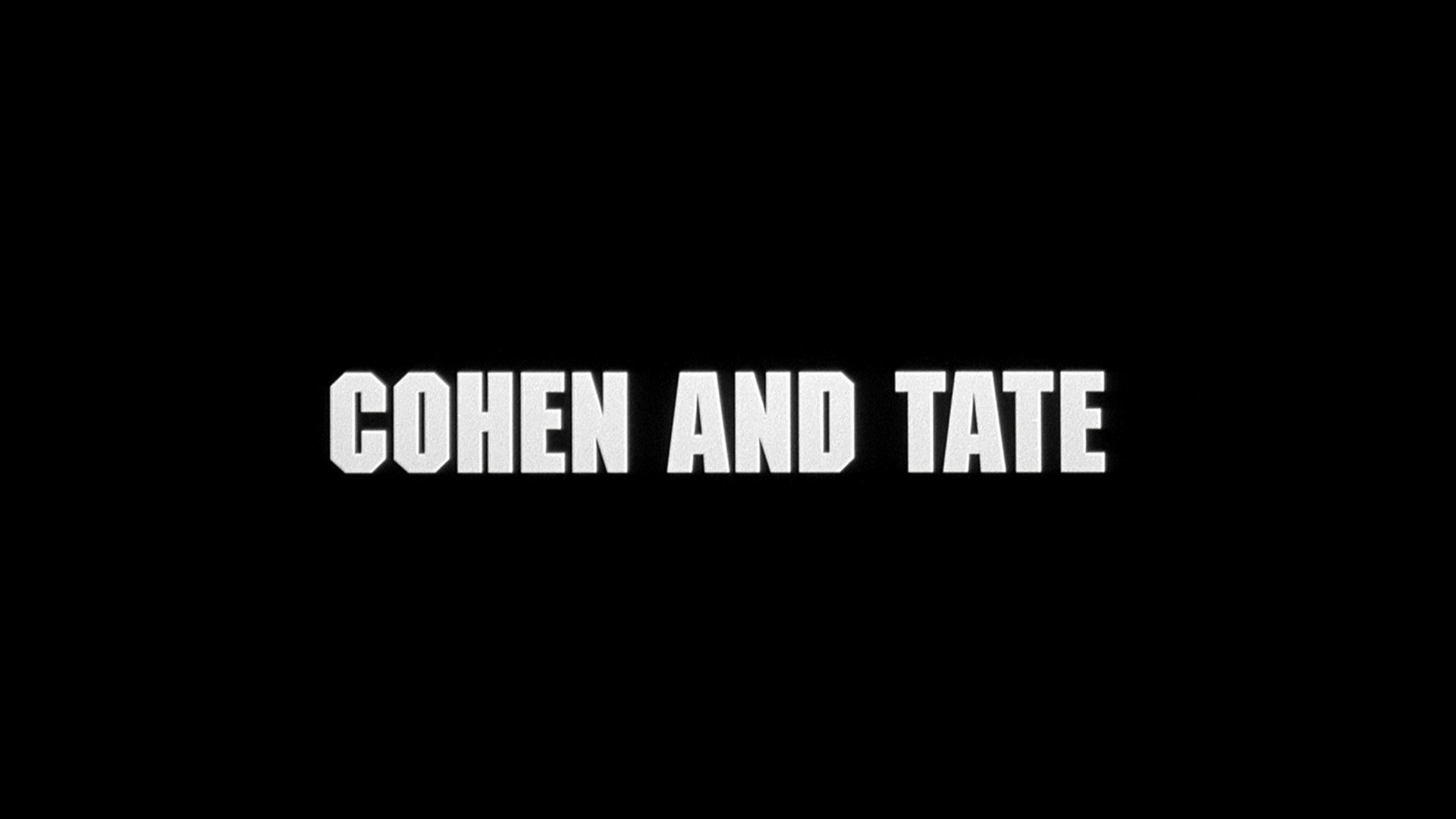 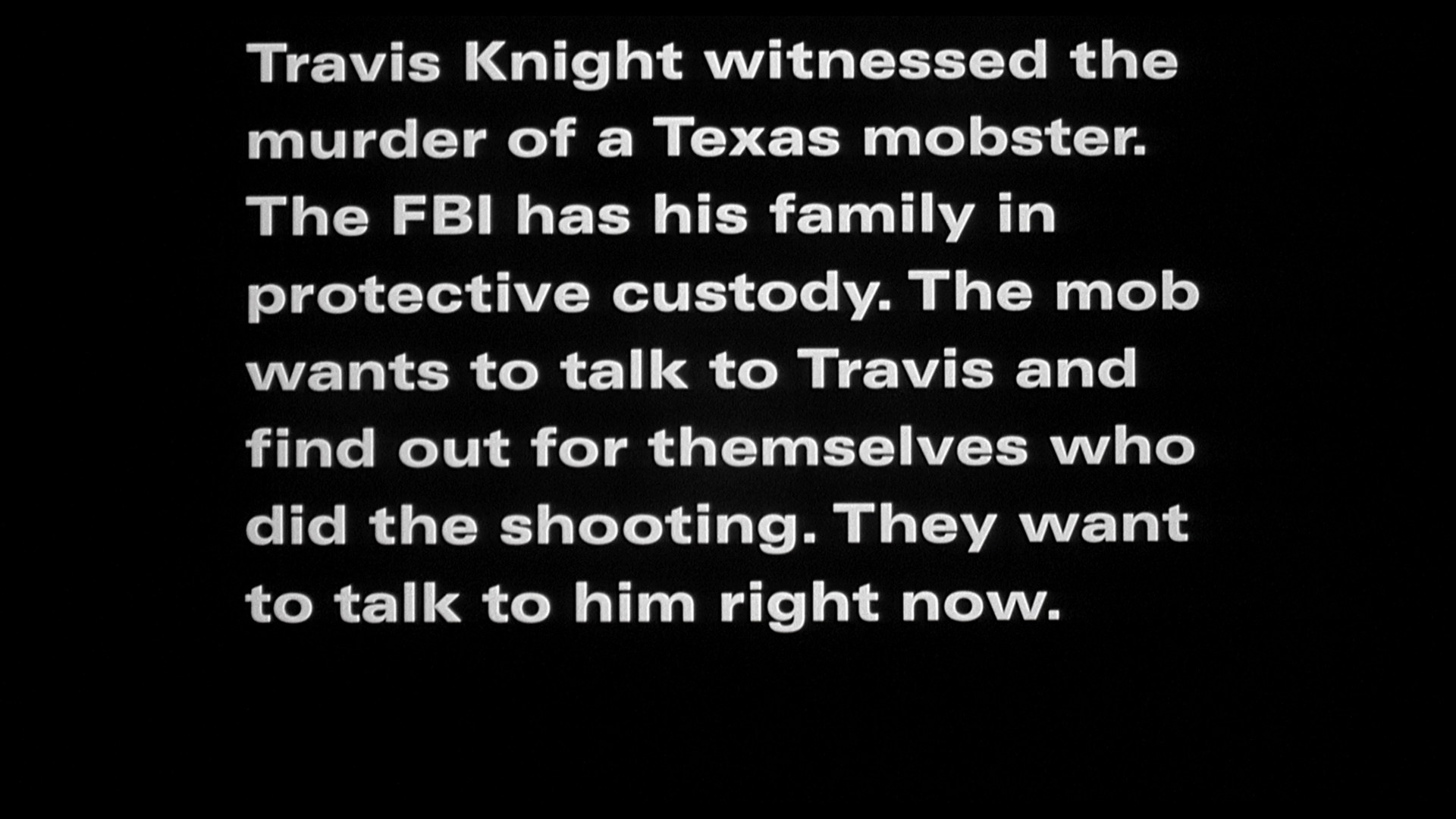 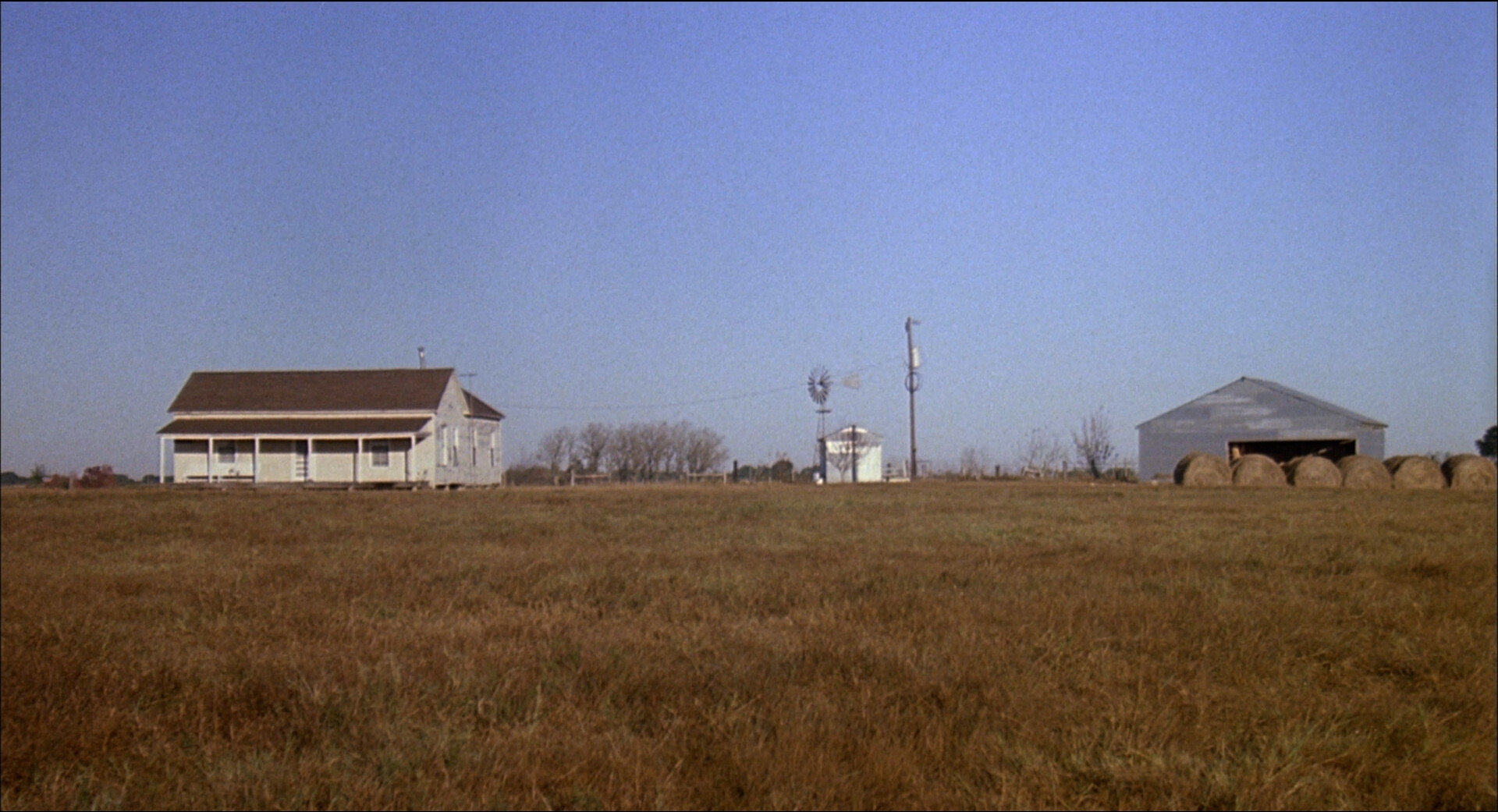 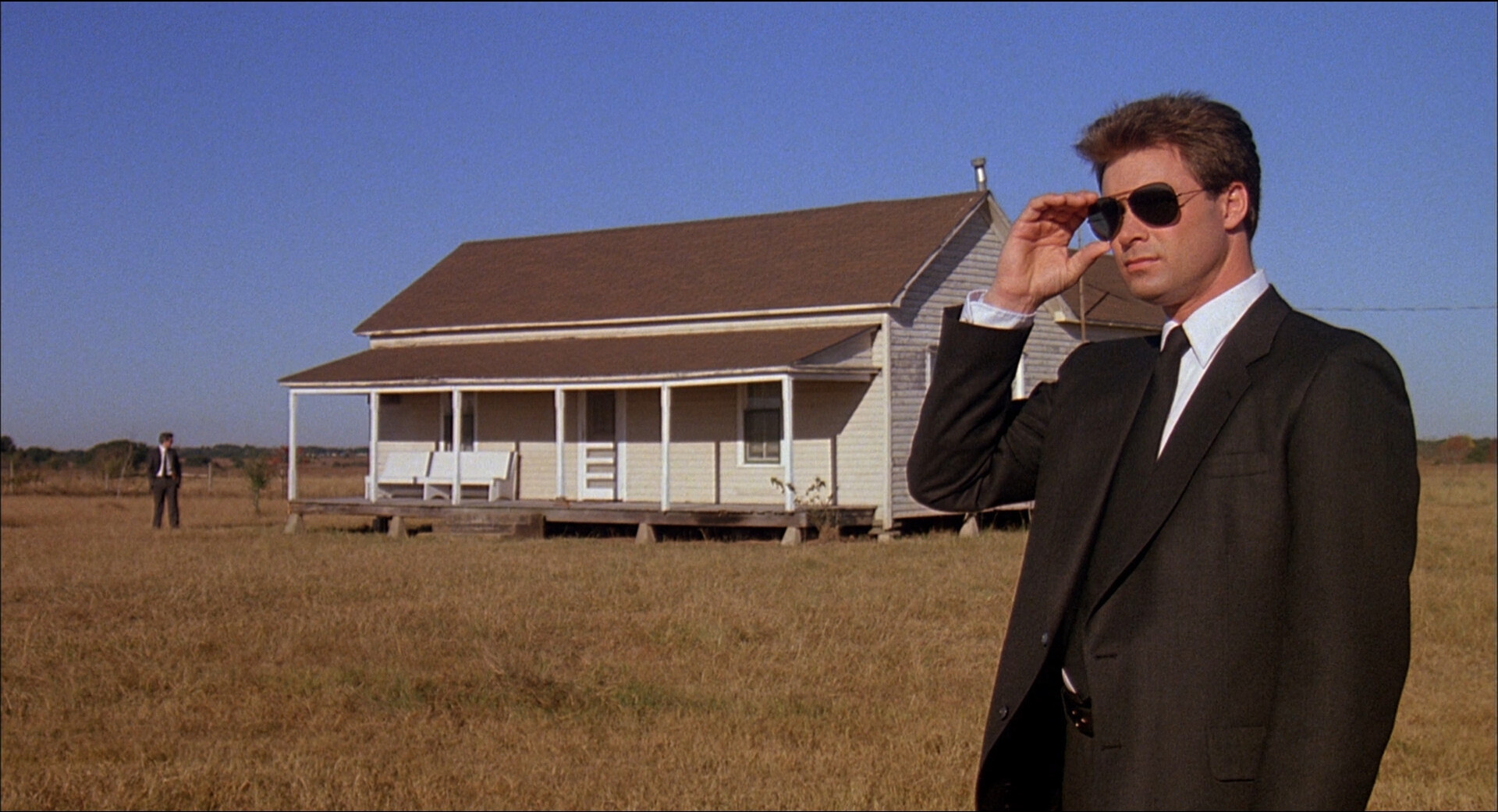 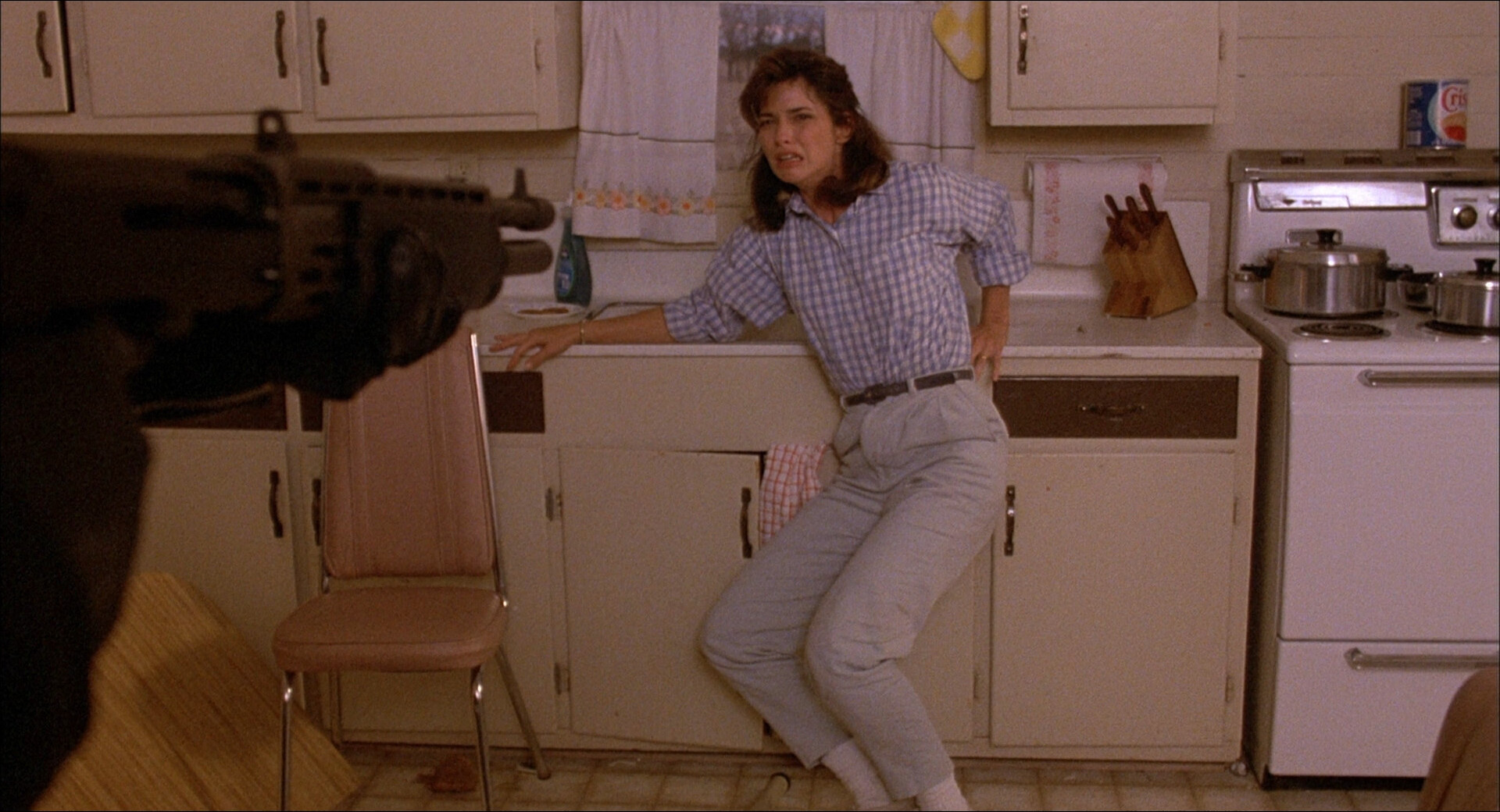 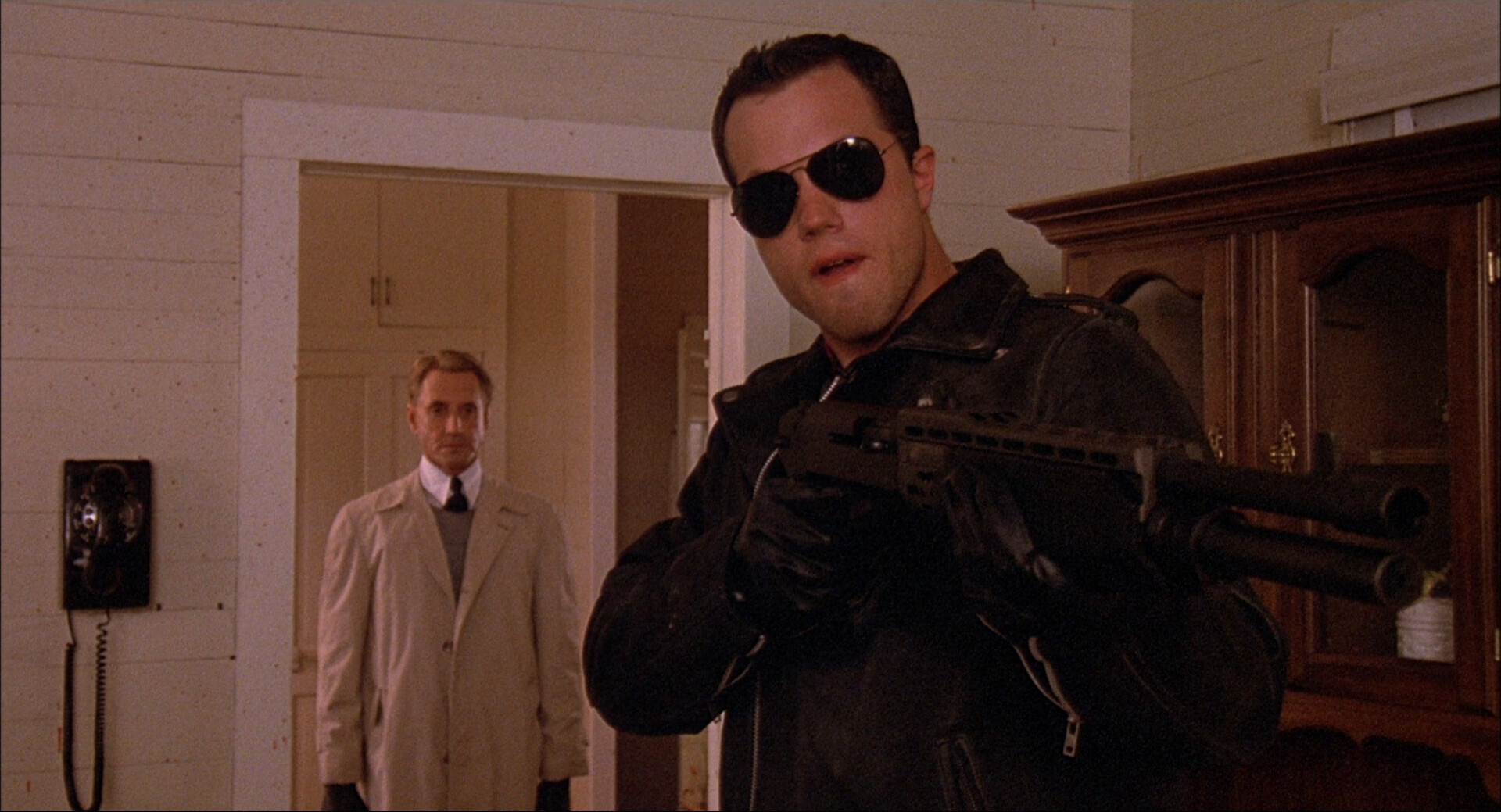 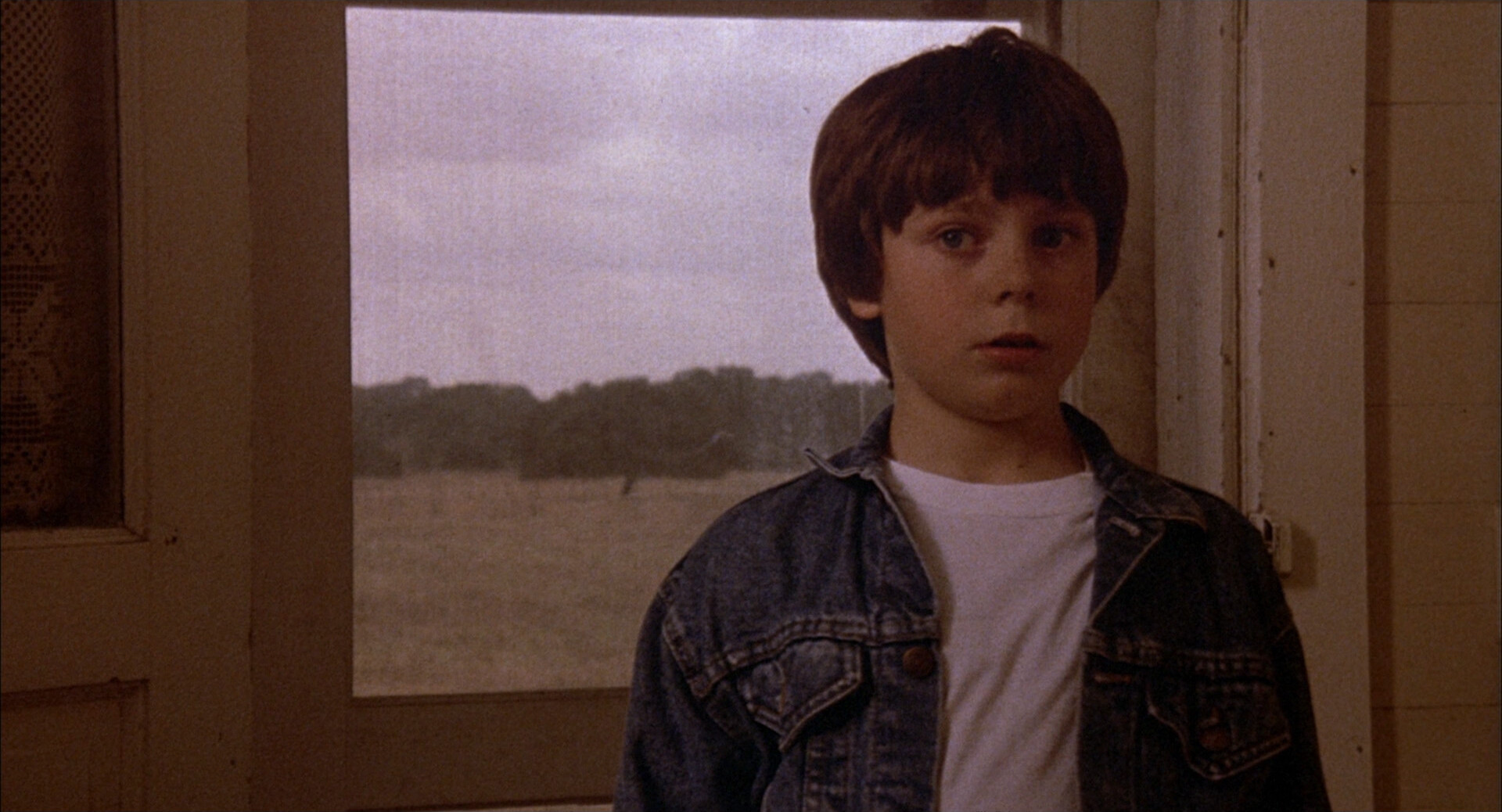 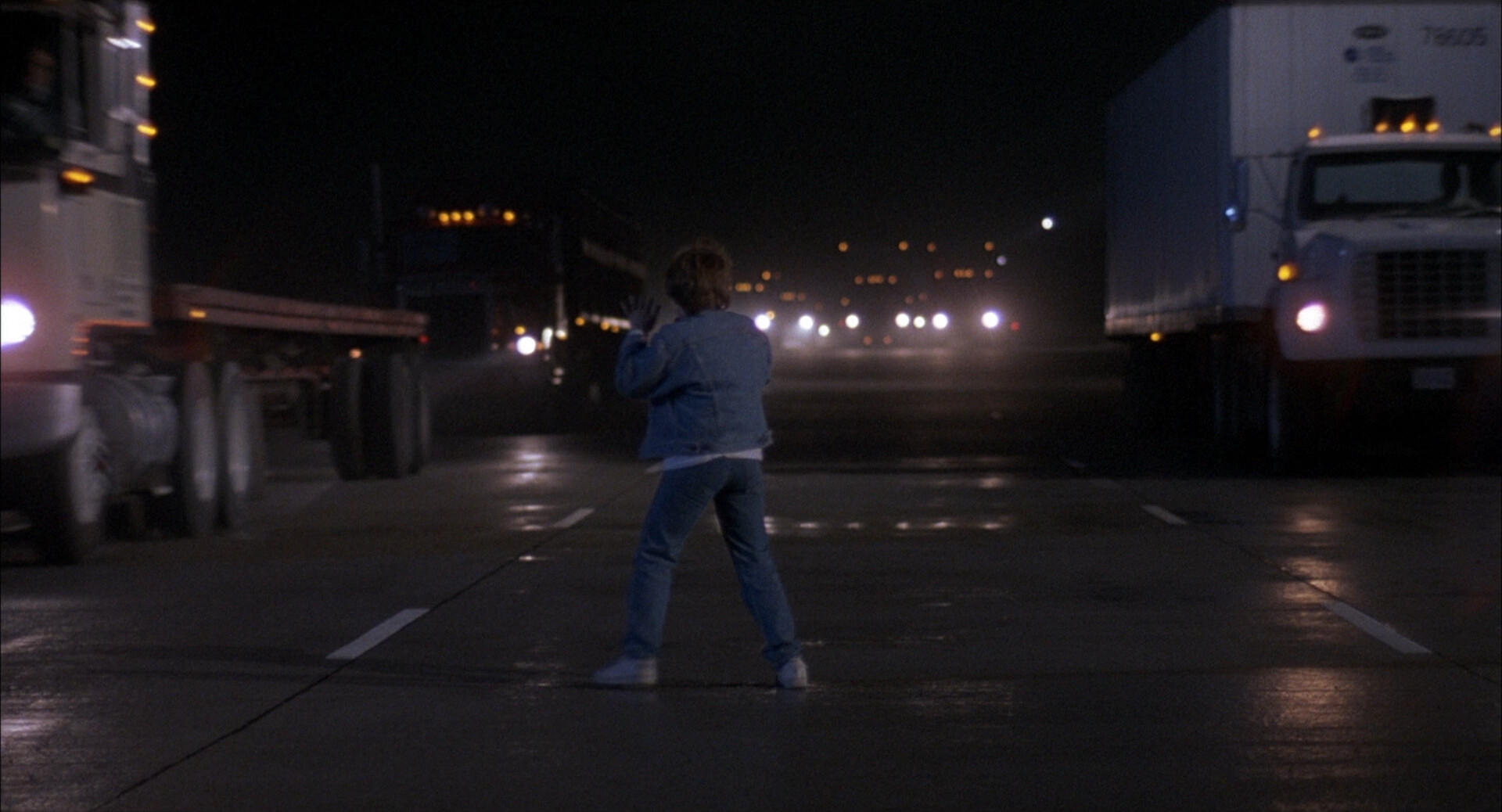 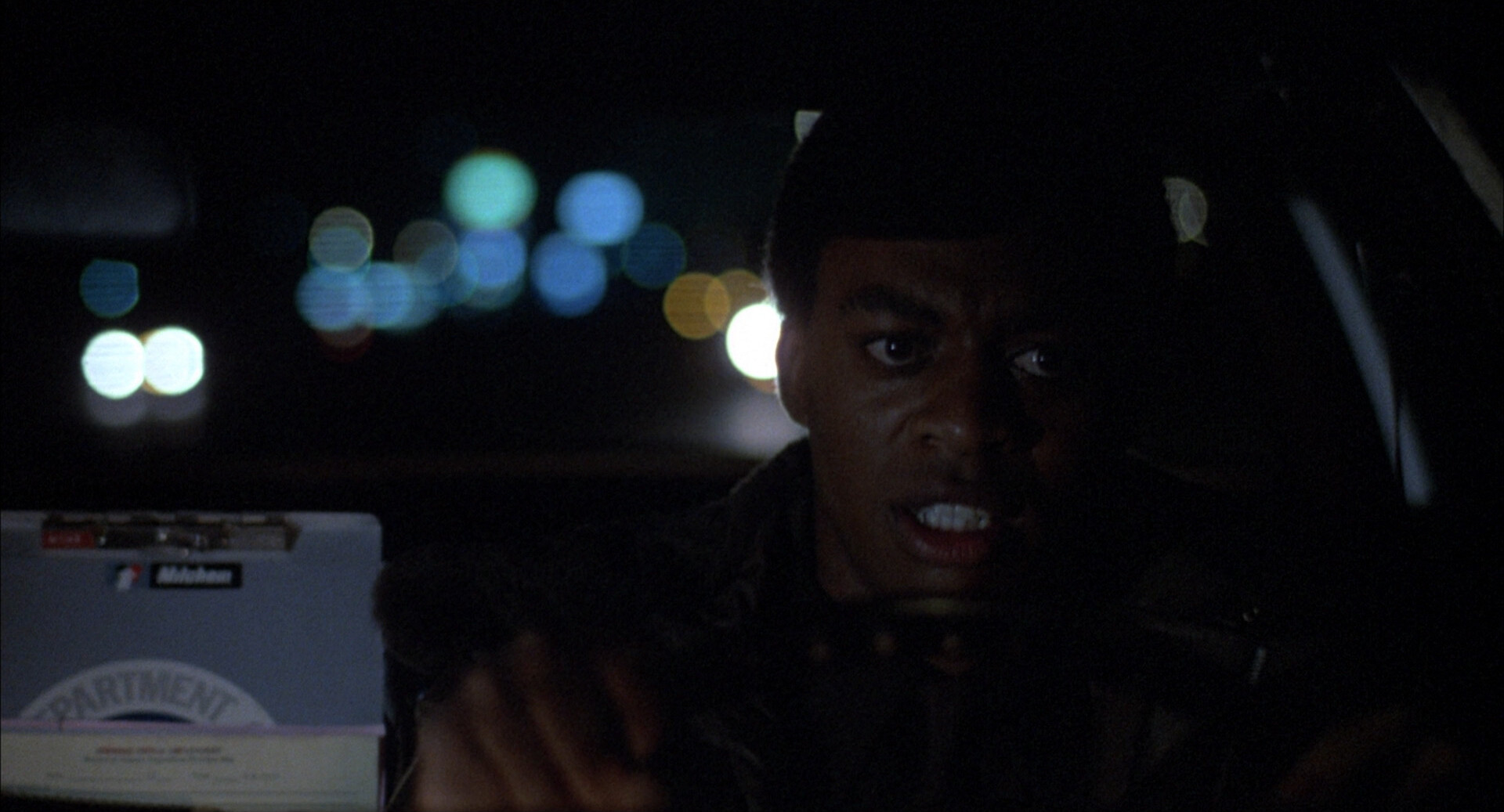 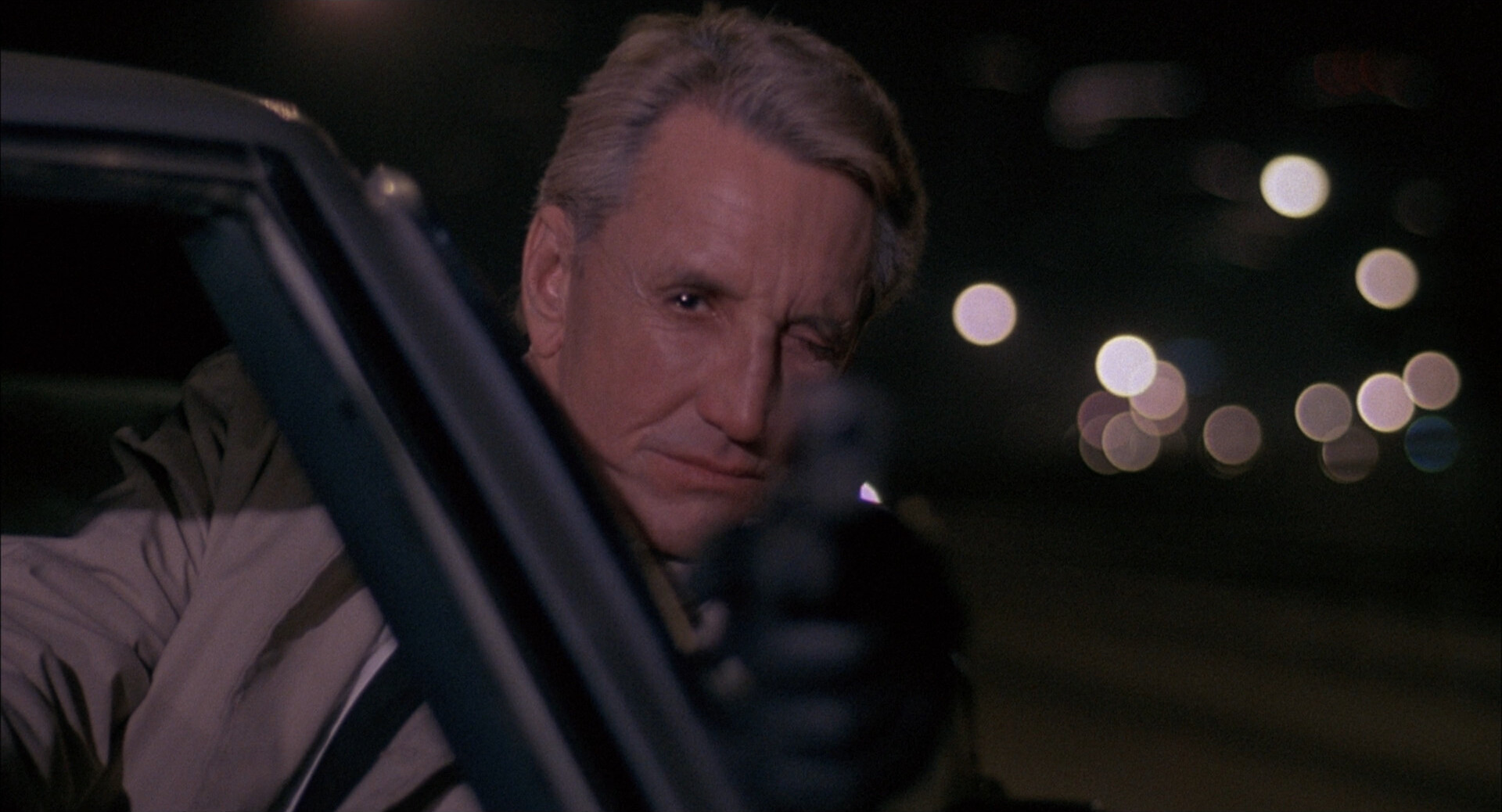 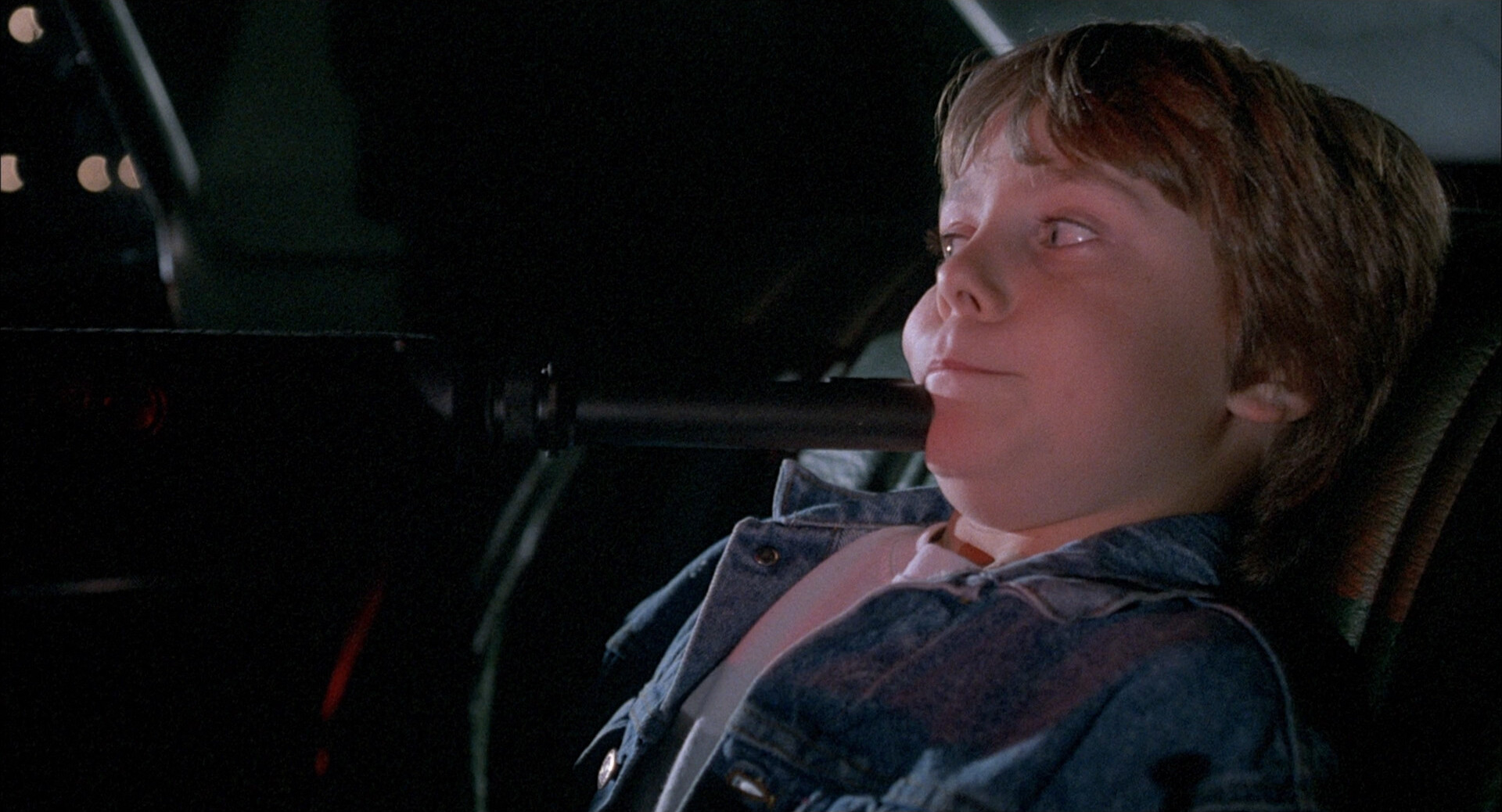 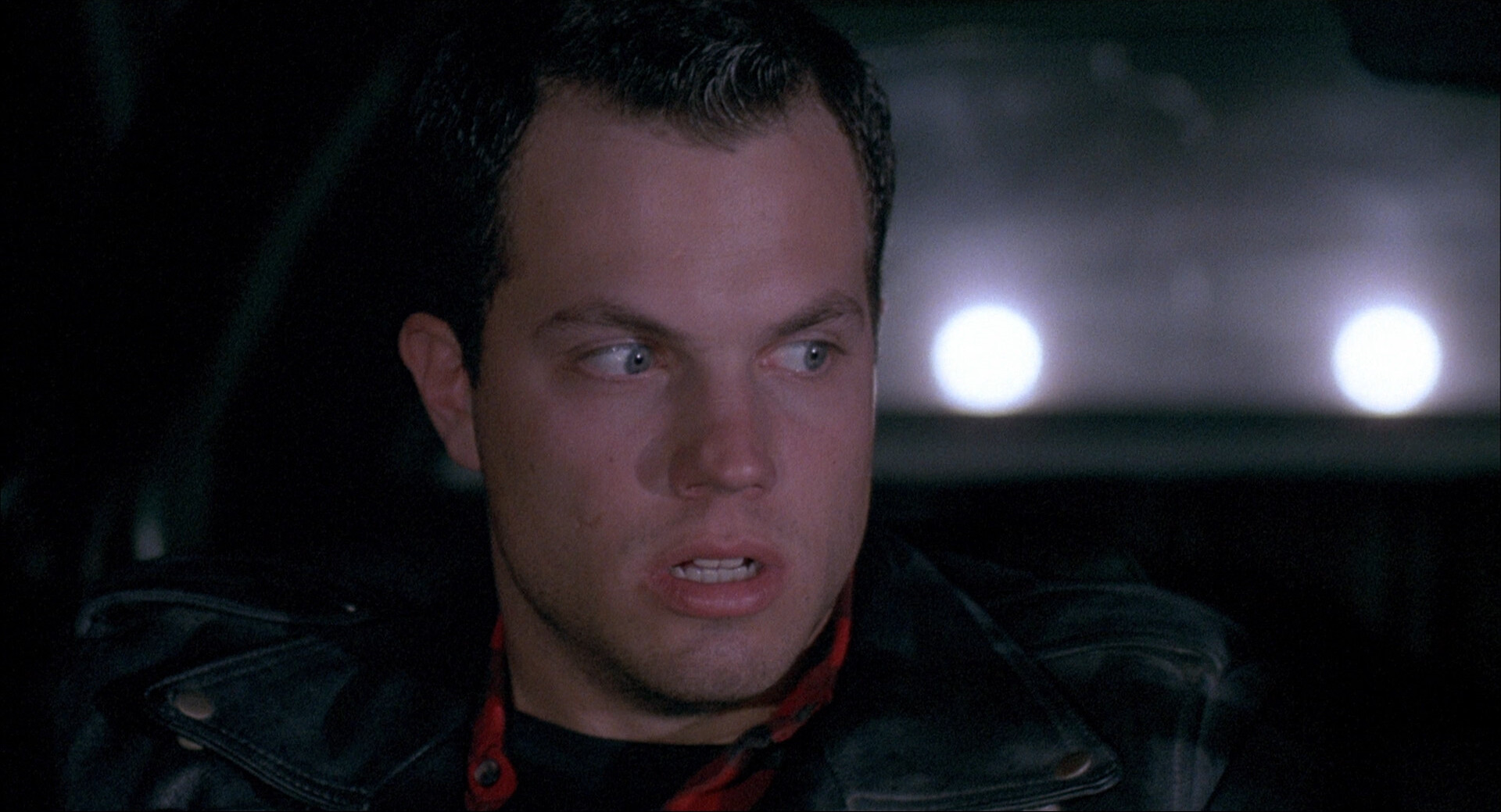 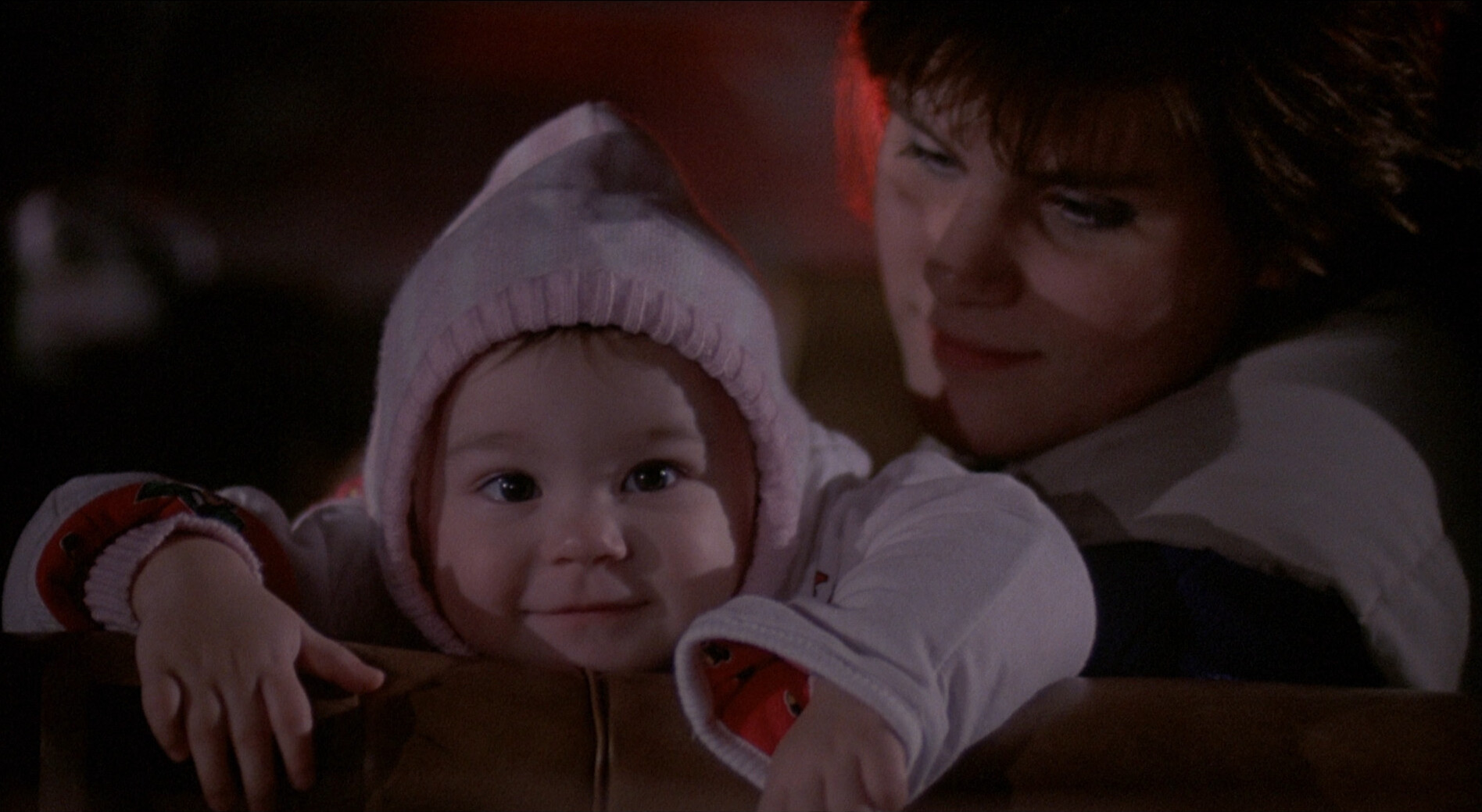 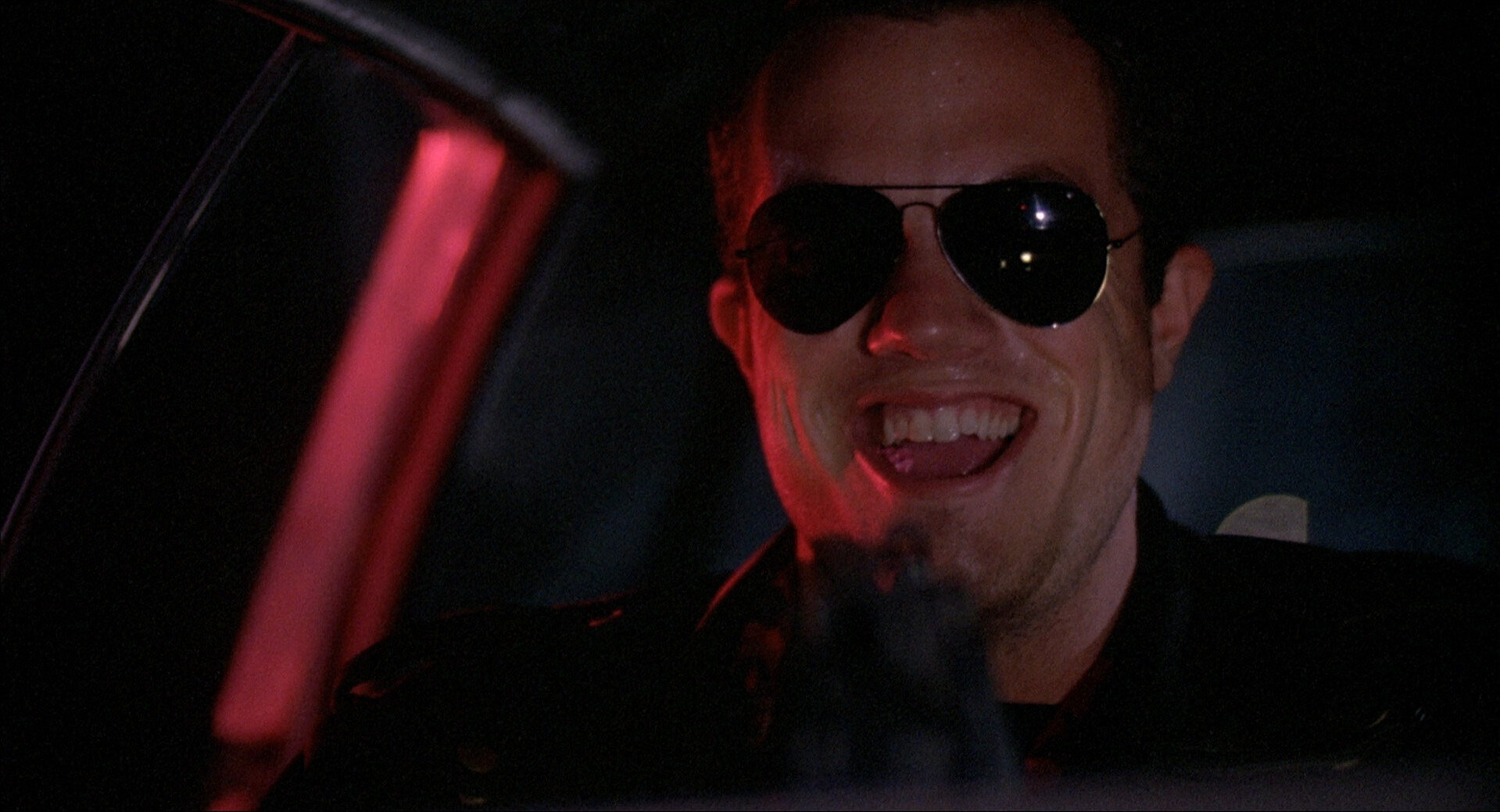 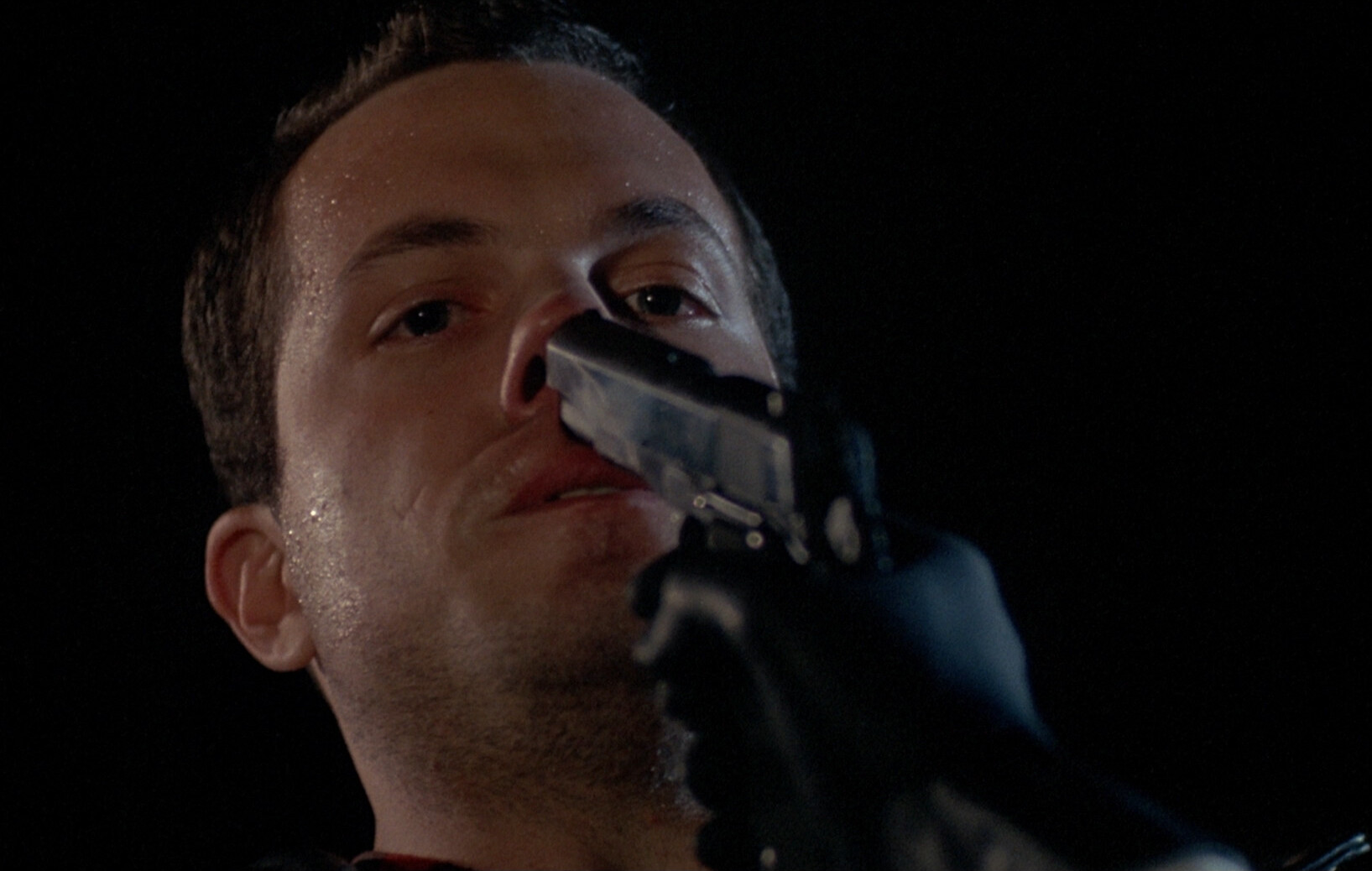 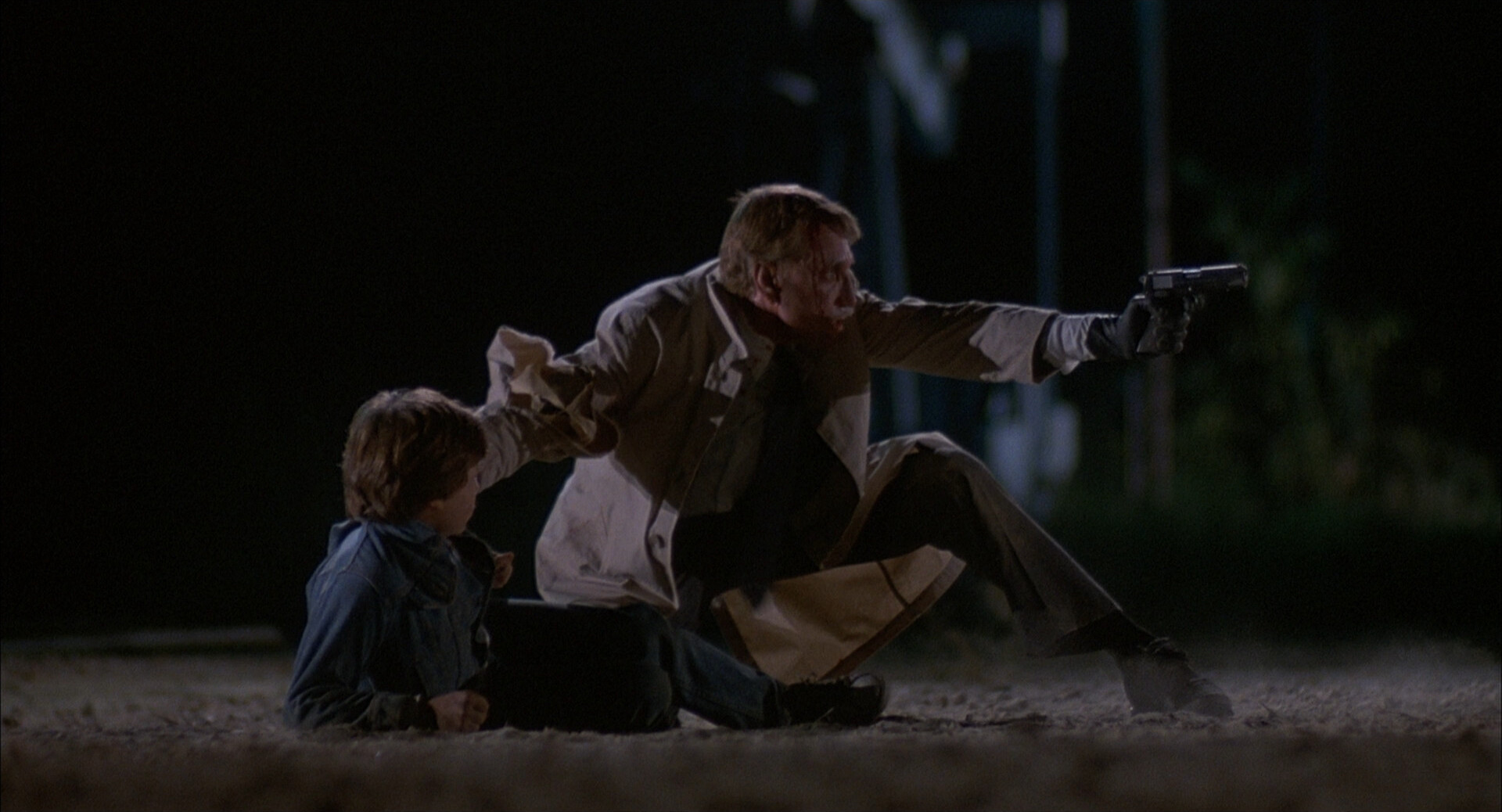 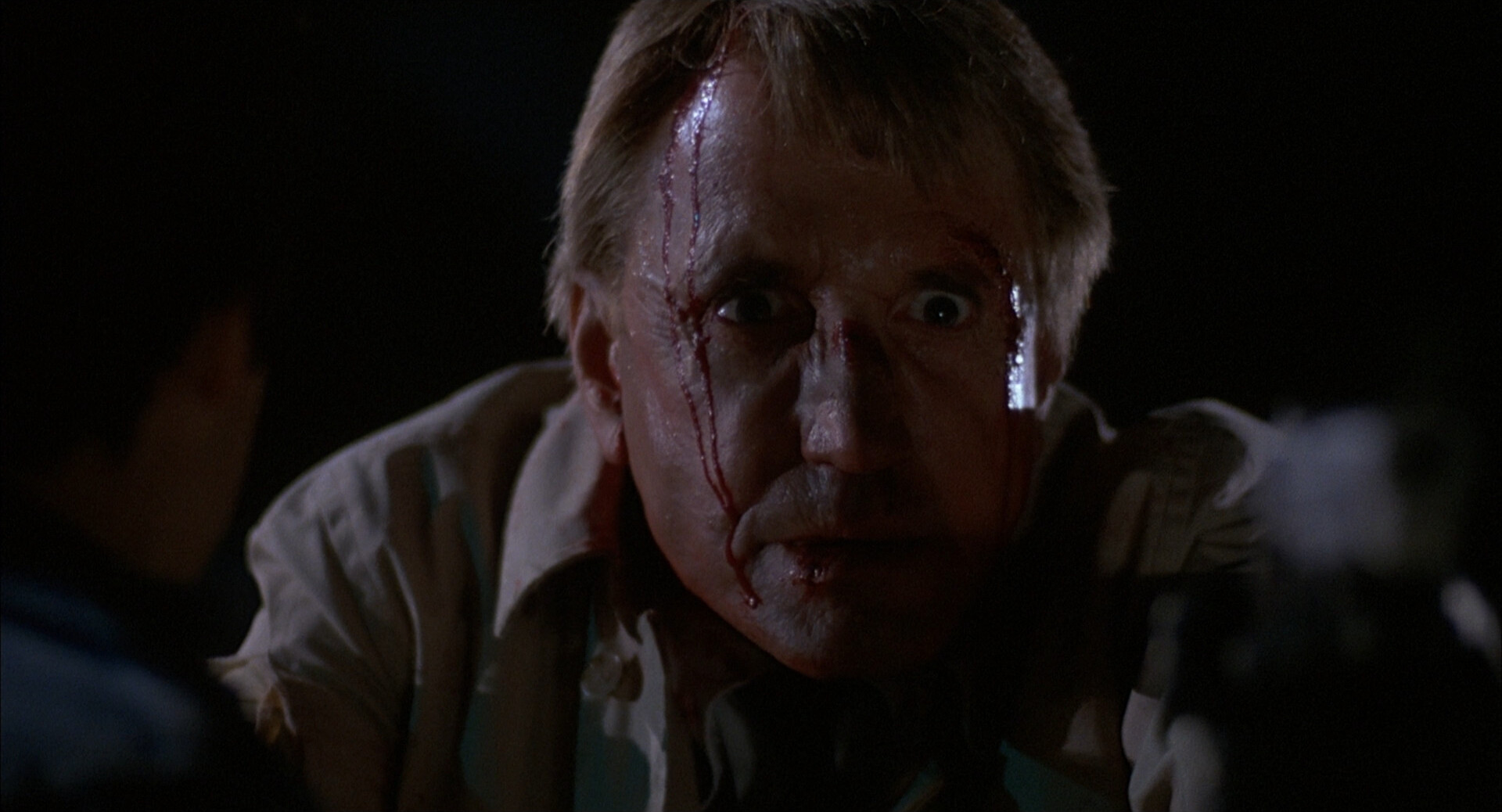 So this is Red’s first movie as a director. After the success of Kathryn Bigelow’s Near Dark (which he co-wrote), it’s no wonder he landed a directing gig. So what’s going on here, then?

HOW DOES RED COME UP WITH THESE THINGS!!!

The main problem here is that this movie is just kinda boring.

The kid playing the er kid is awful, but Adam Baldwin is convincingly psycho (perhaps that’s just his real personality?) and Scheider is a pro. Together they’re… just kinda middling?

So the Home Alone bits (where the kid schemes and stuff) liven things up a bit, but it’s still a slog. It’s just 90 minutes, but it feels so much longer. The scene where they kill the family, for instance, is padded out with what feels like minutes of the woman pleading (and she’s the only female character? so that’s really weird), and the repetetive structure of the film, where nothing so much progresses as it just … goes on and on.

Oh, I’m watching the “making of”, and there was originally even more pleading when they killed the single female character.