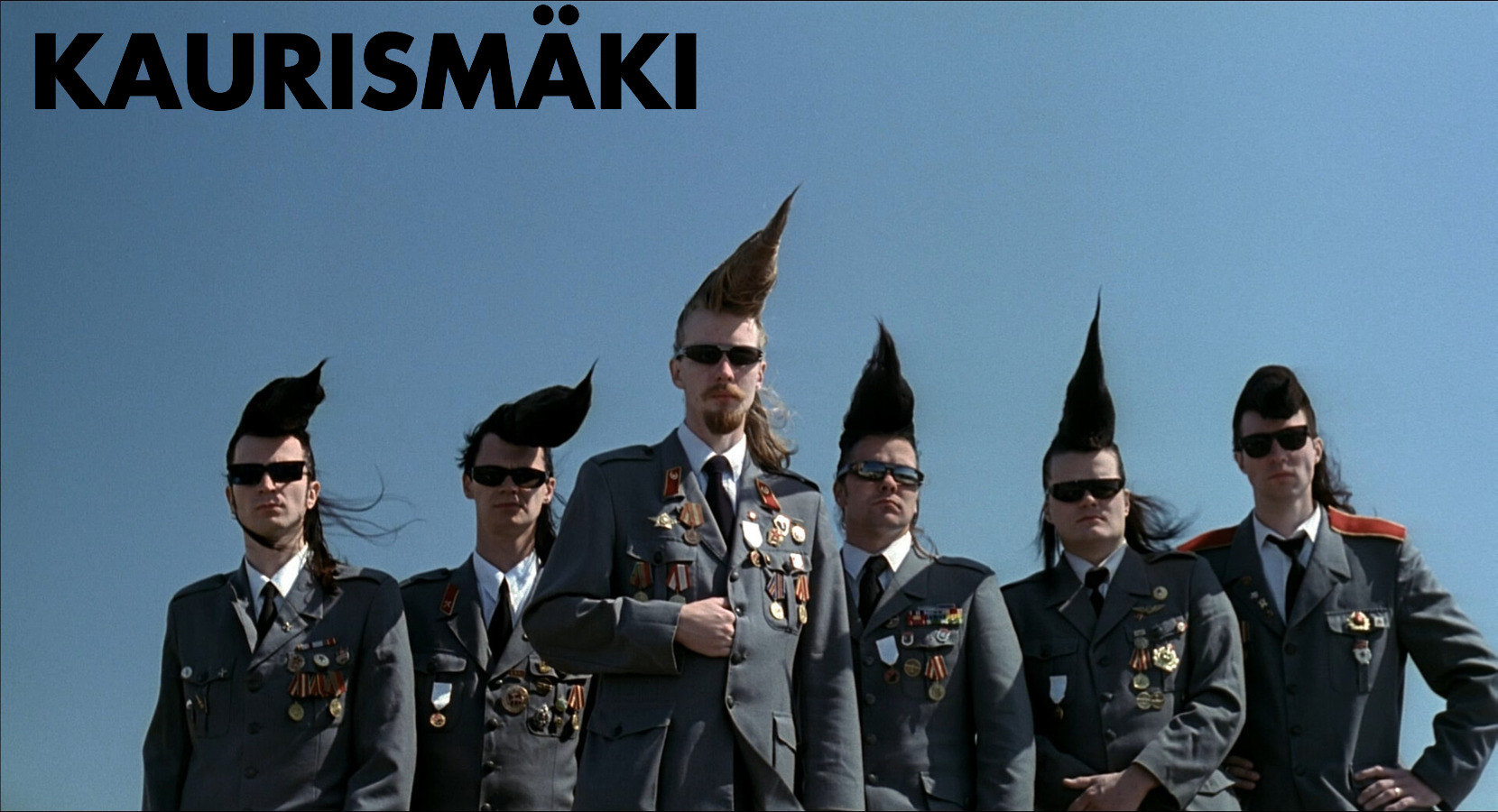 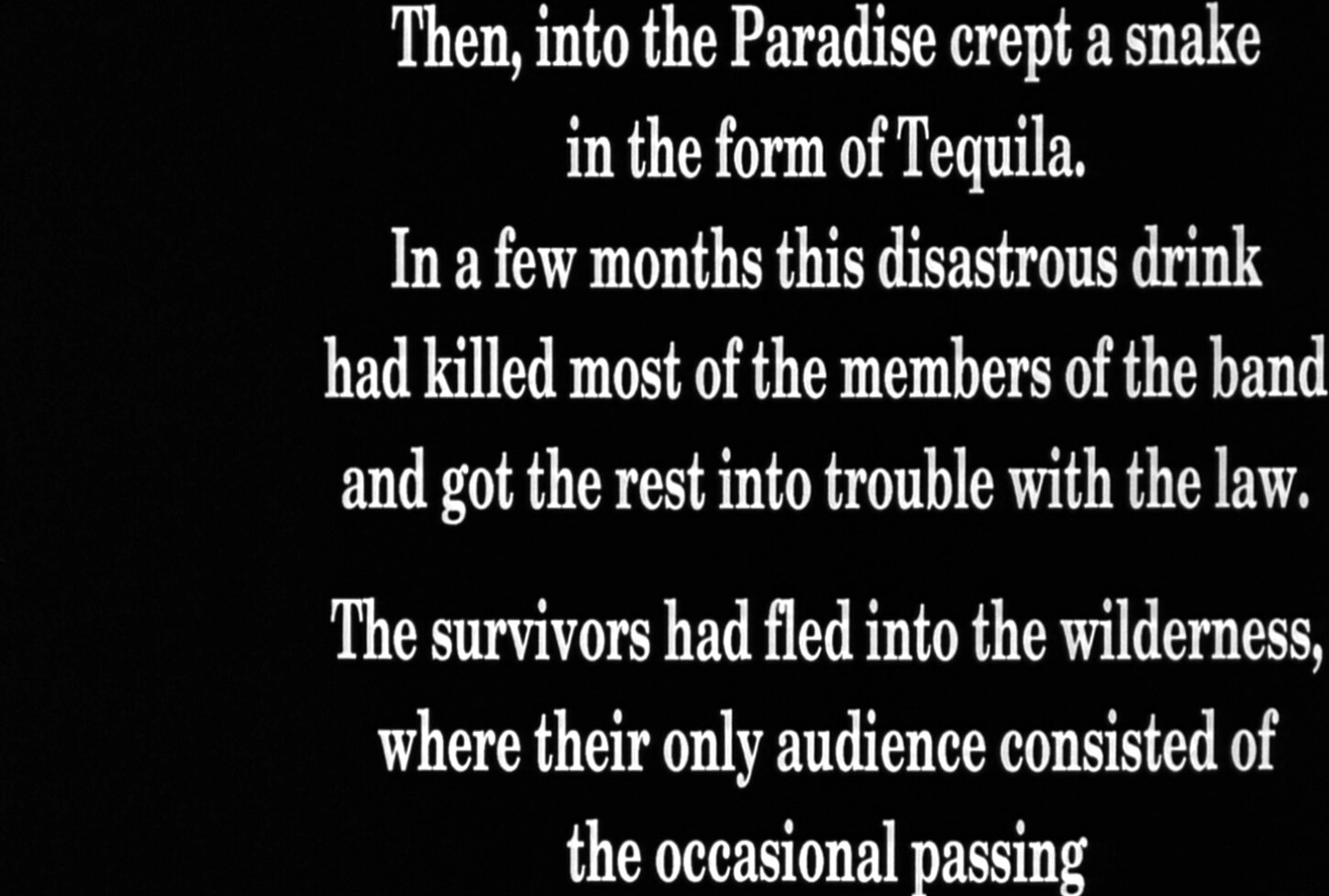 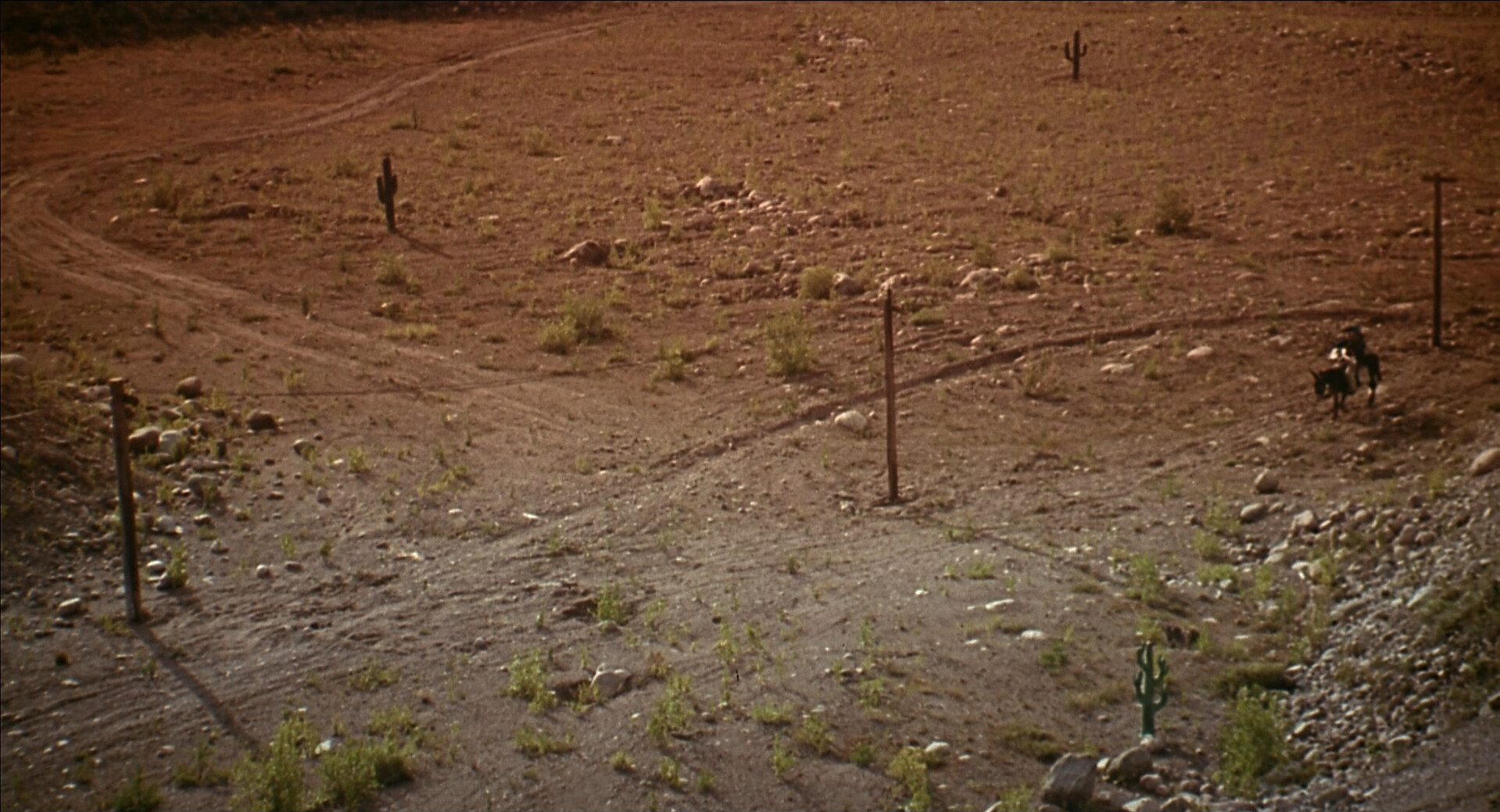 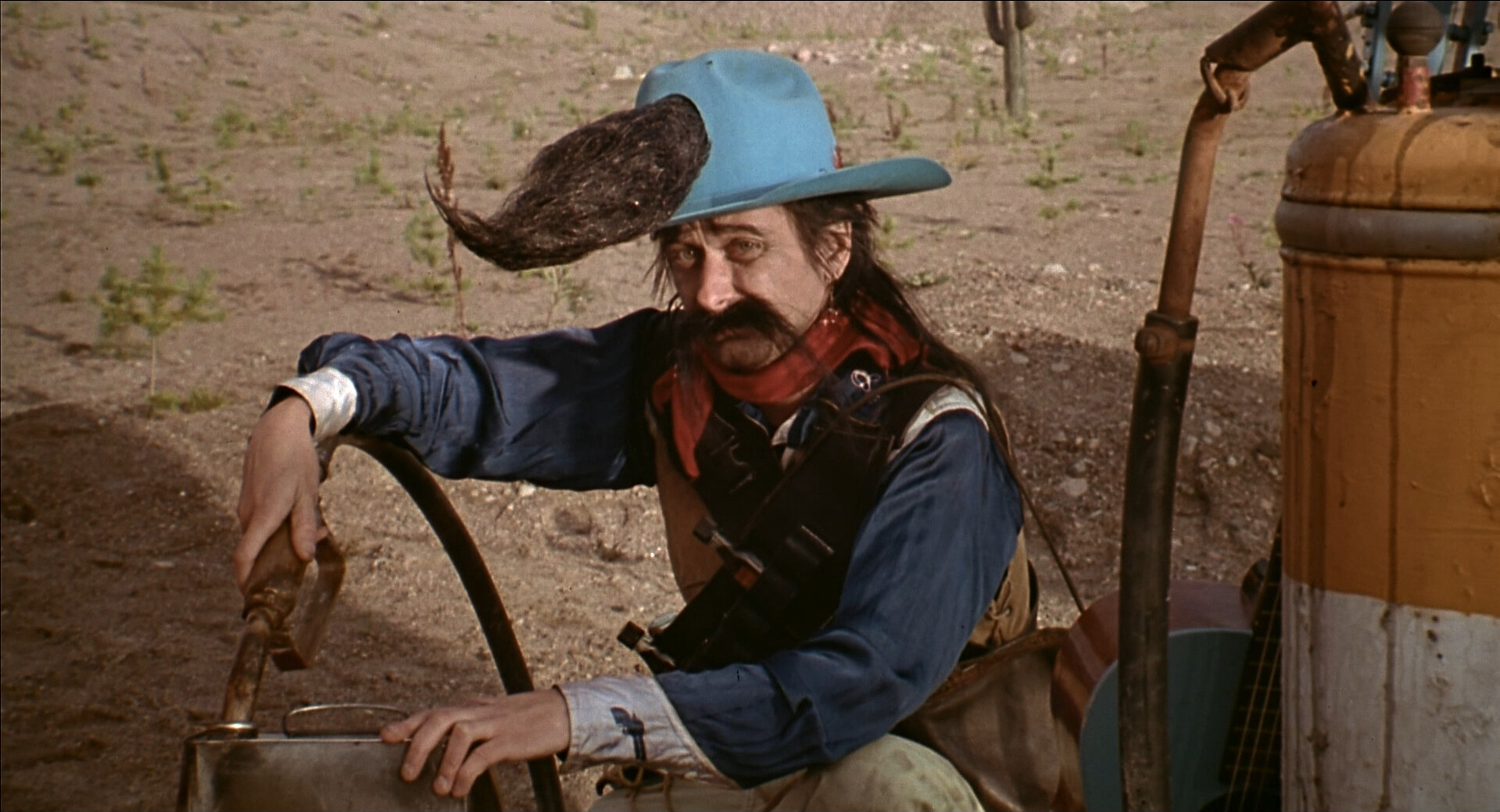 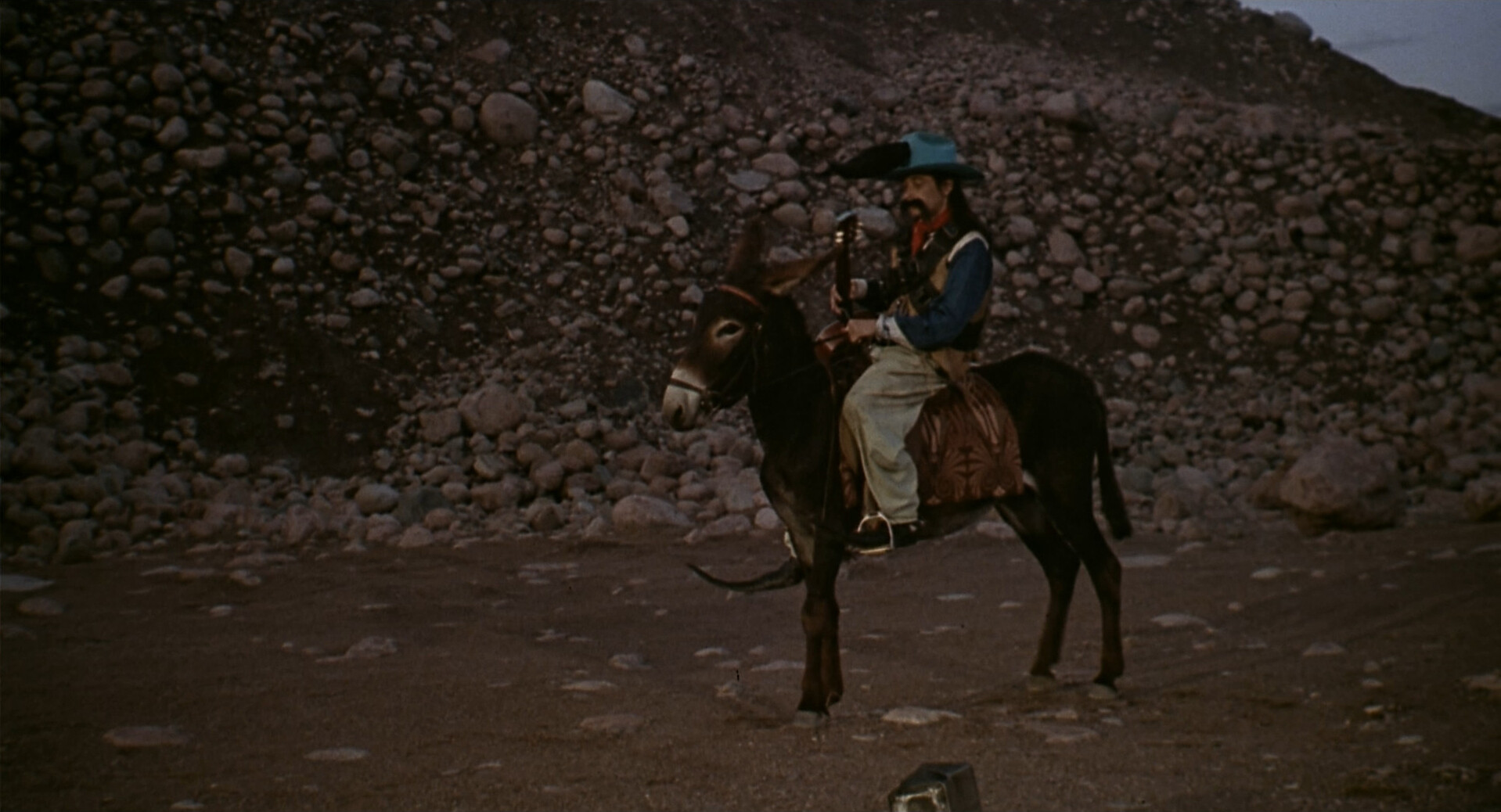 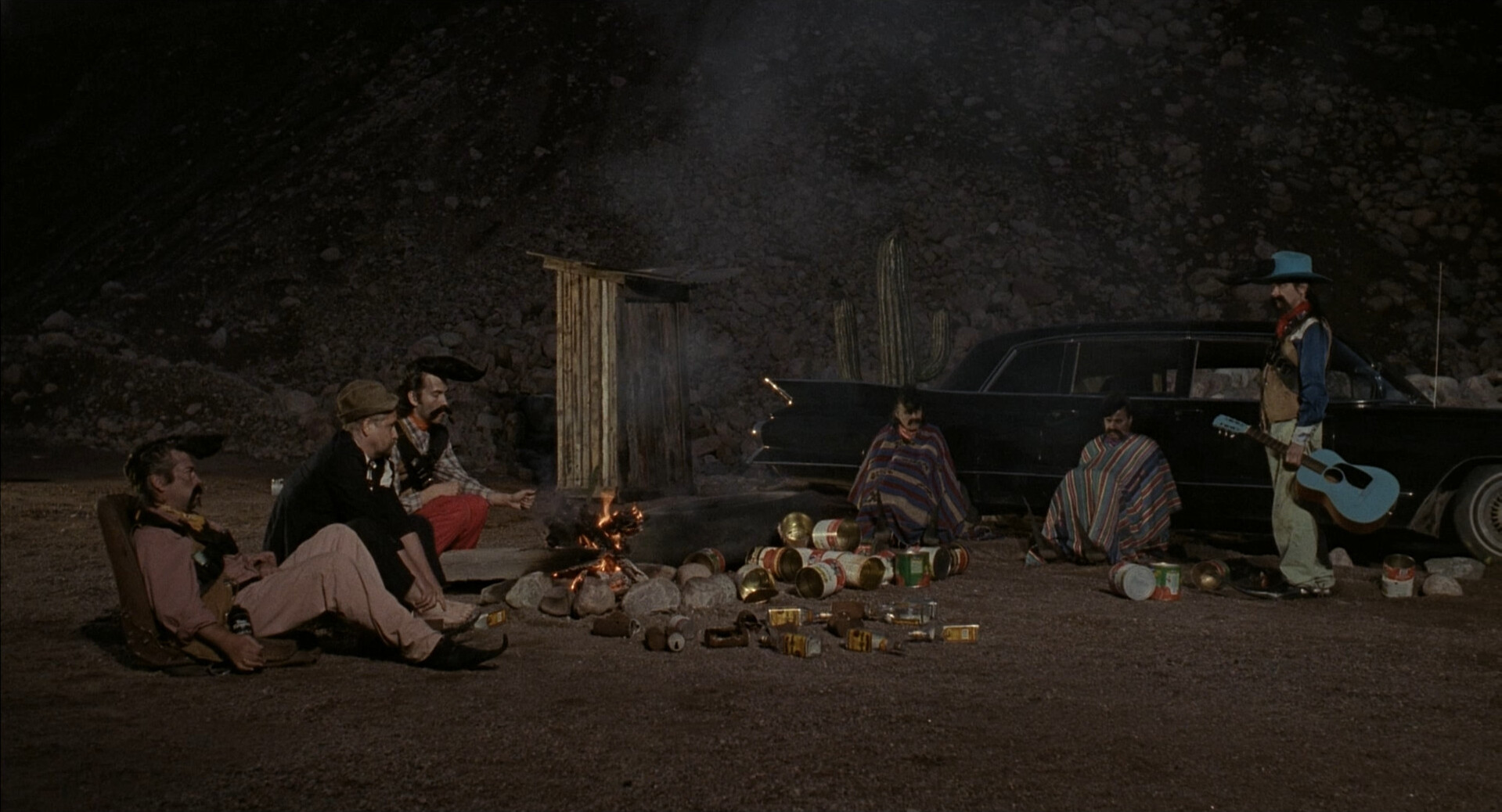 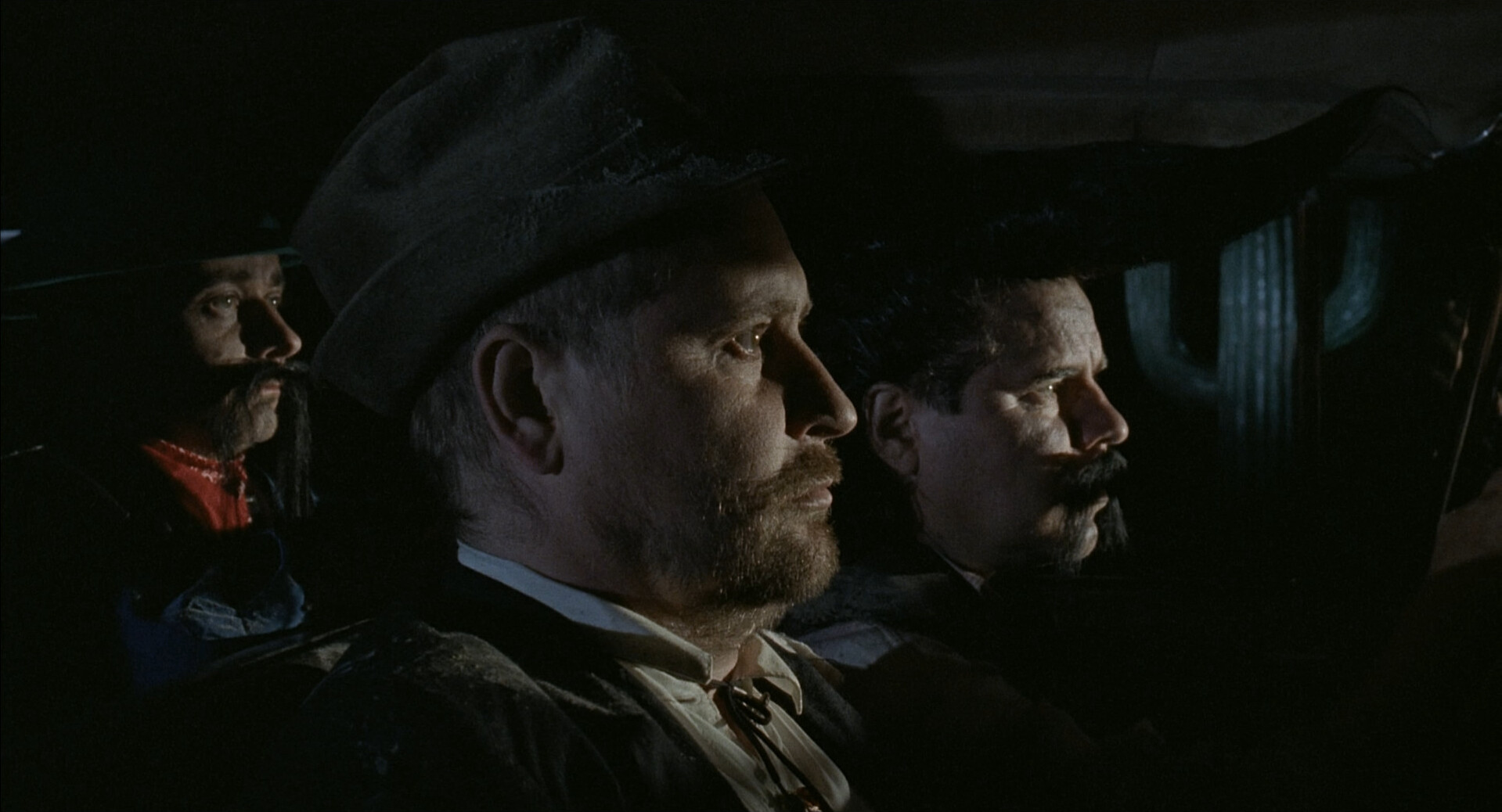 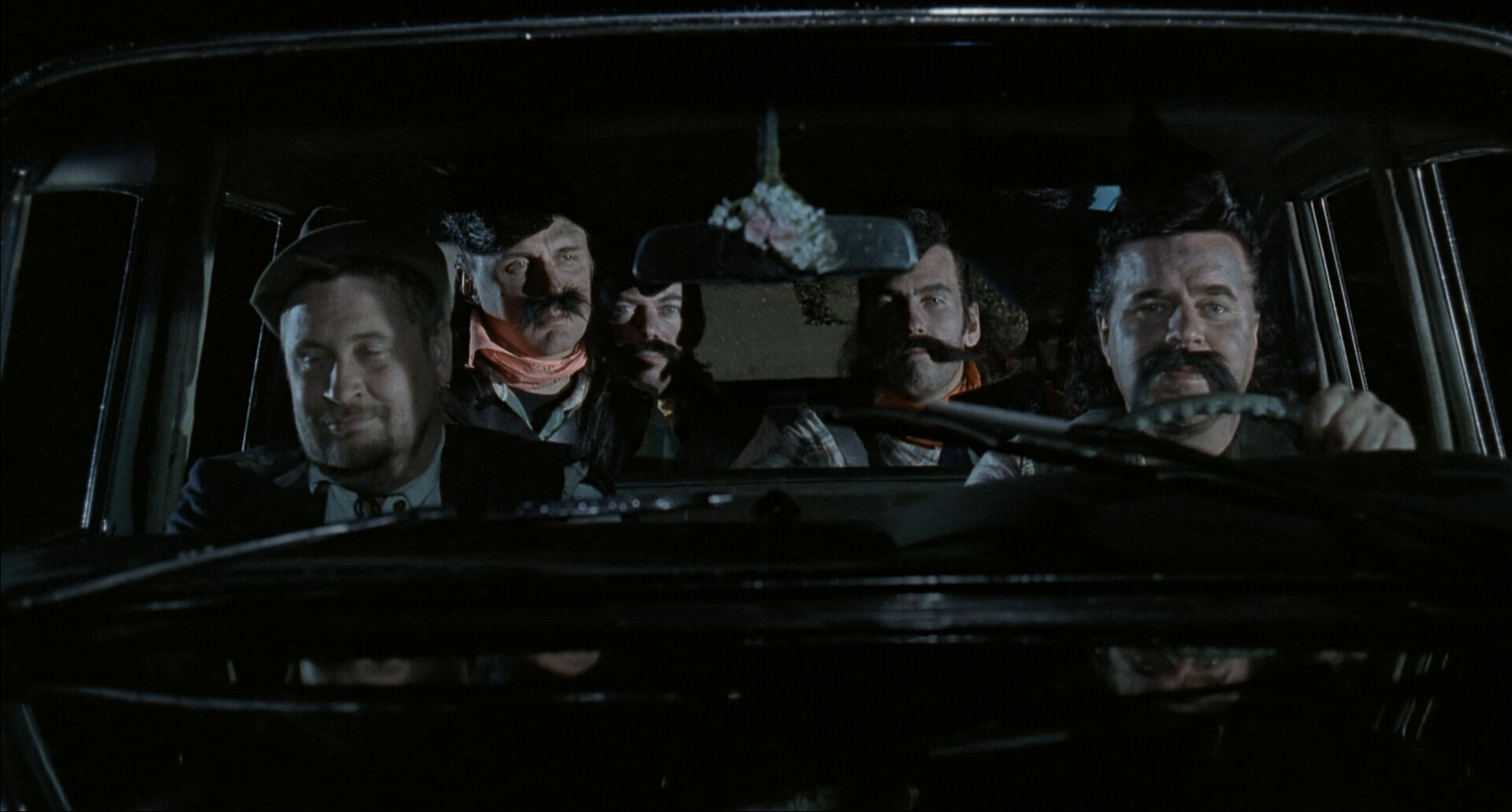 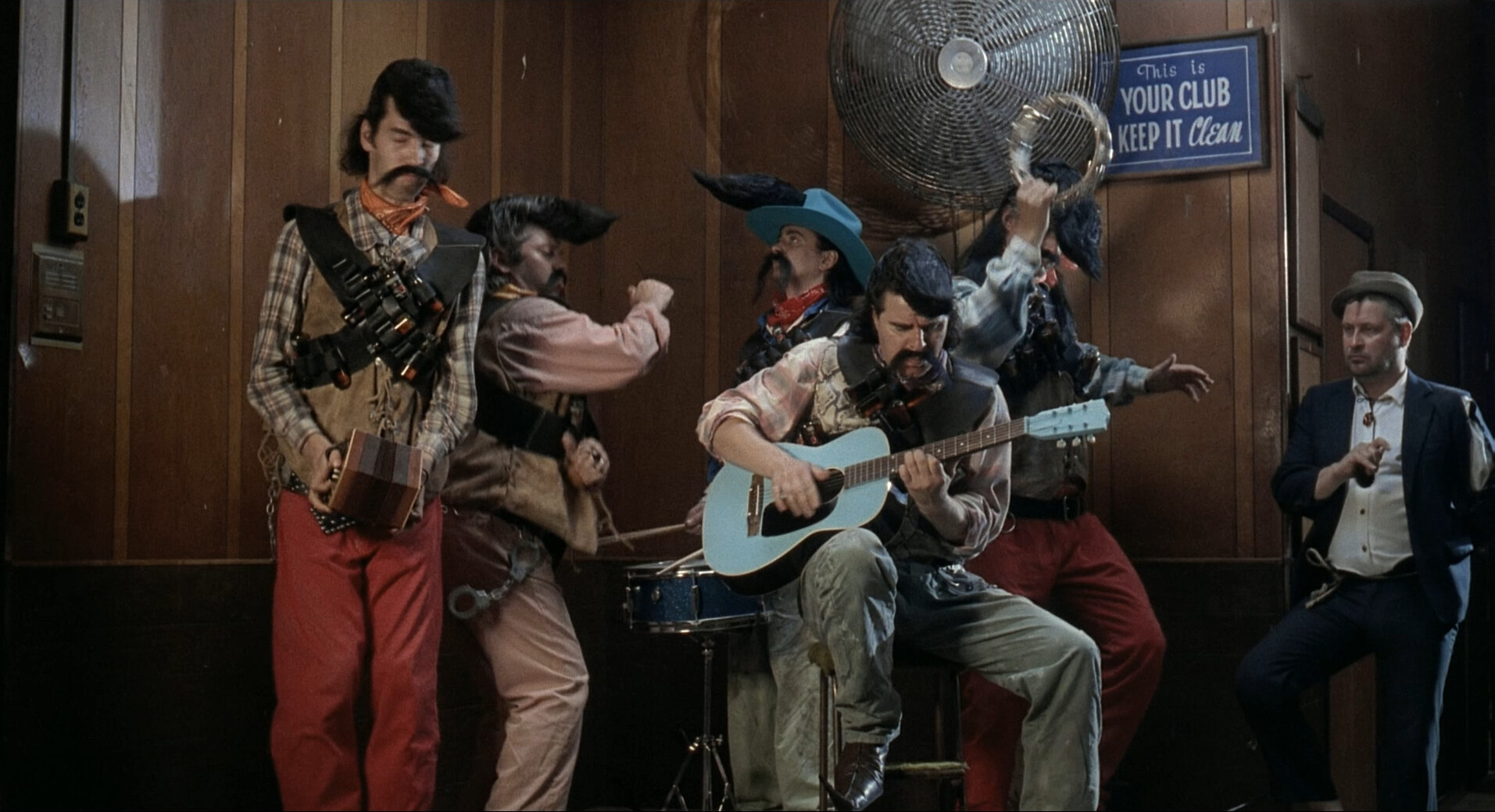 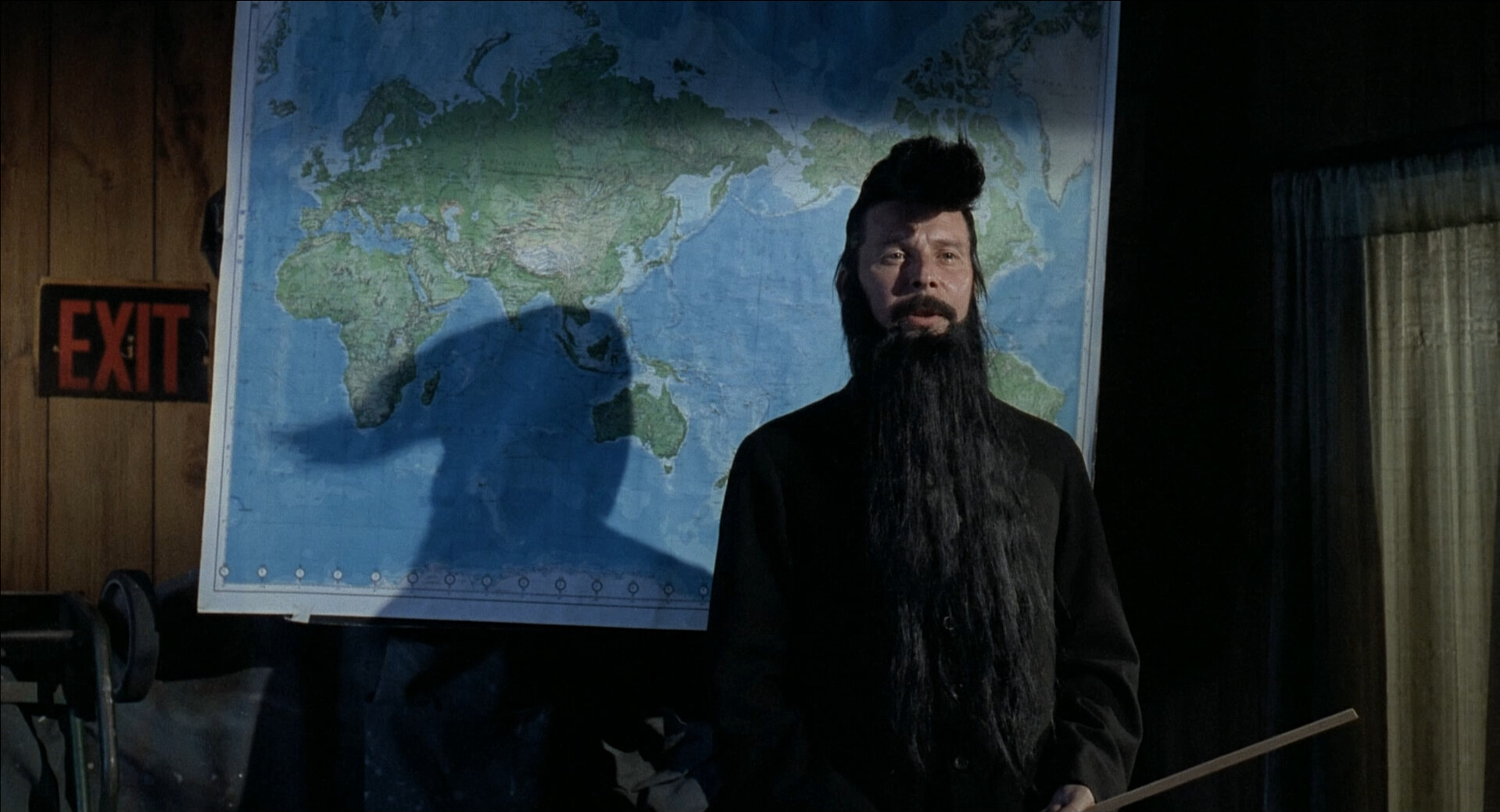 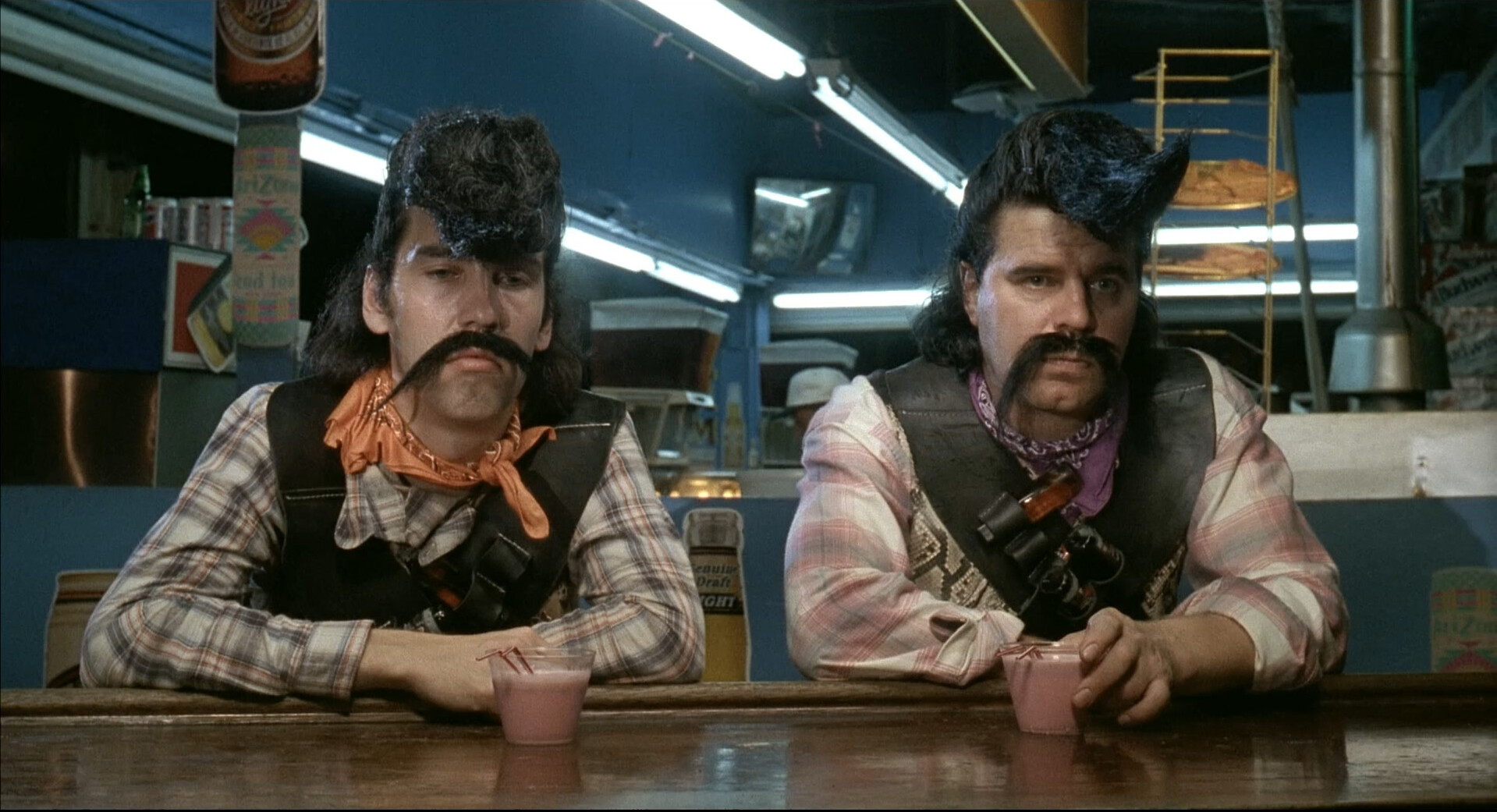 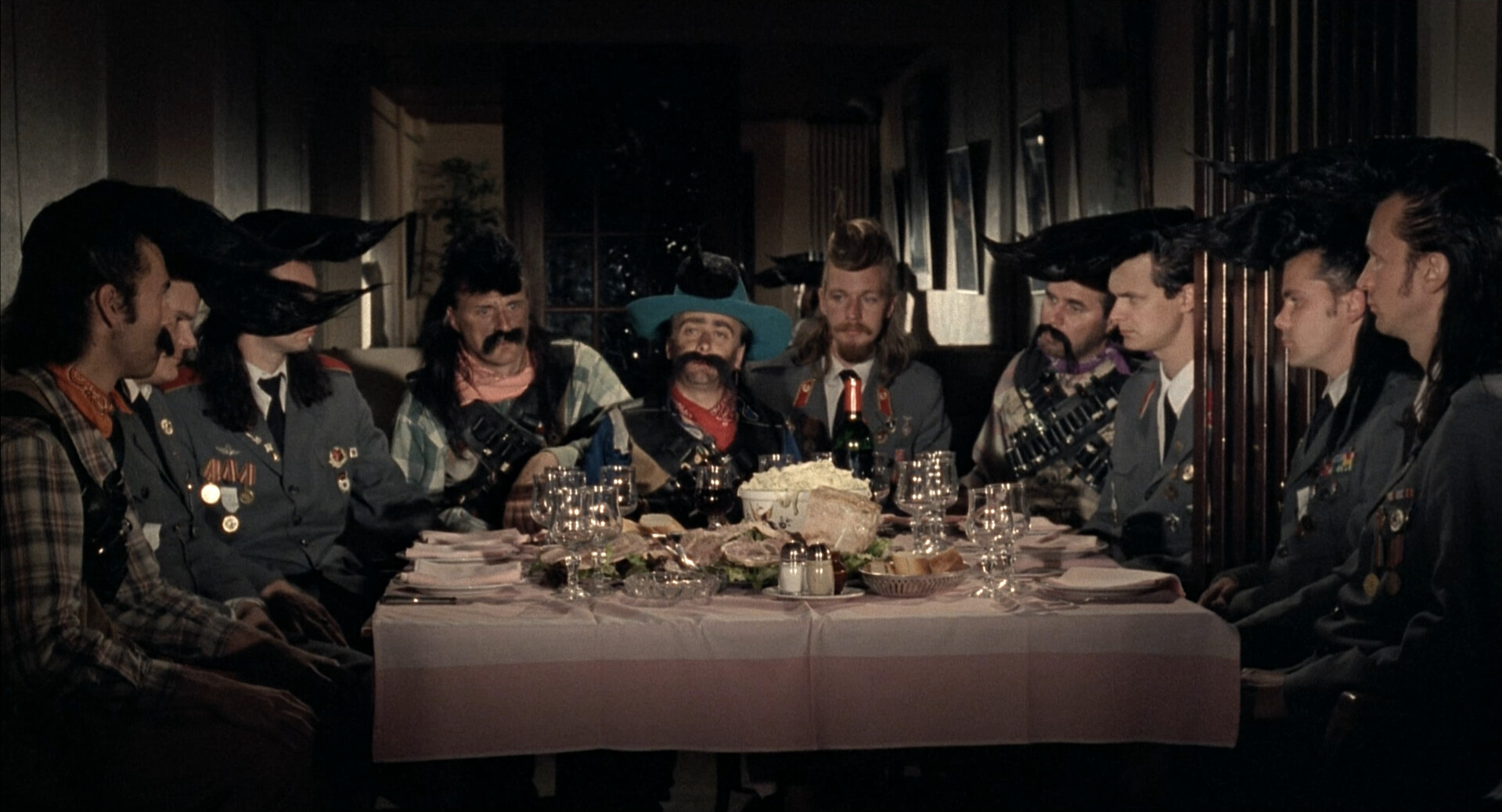 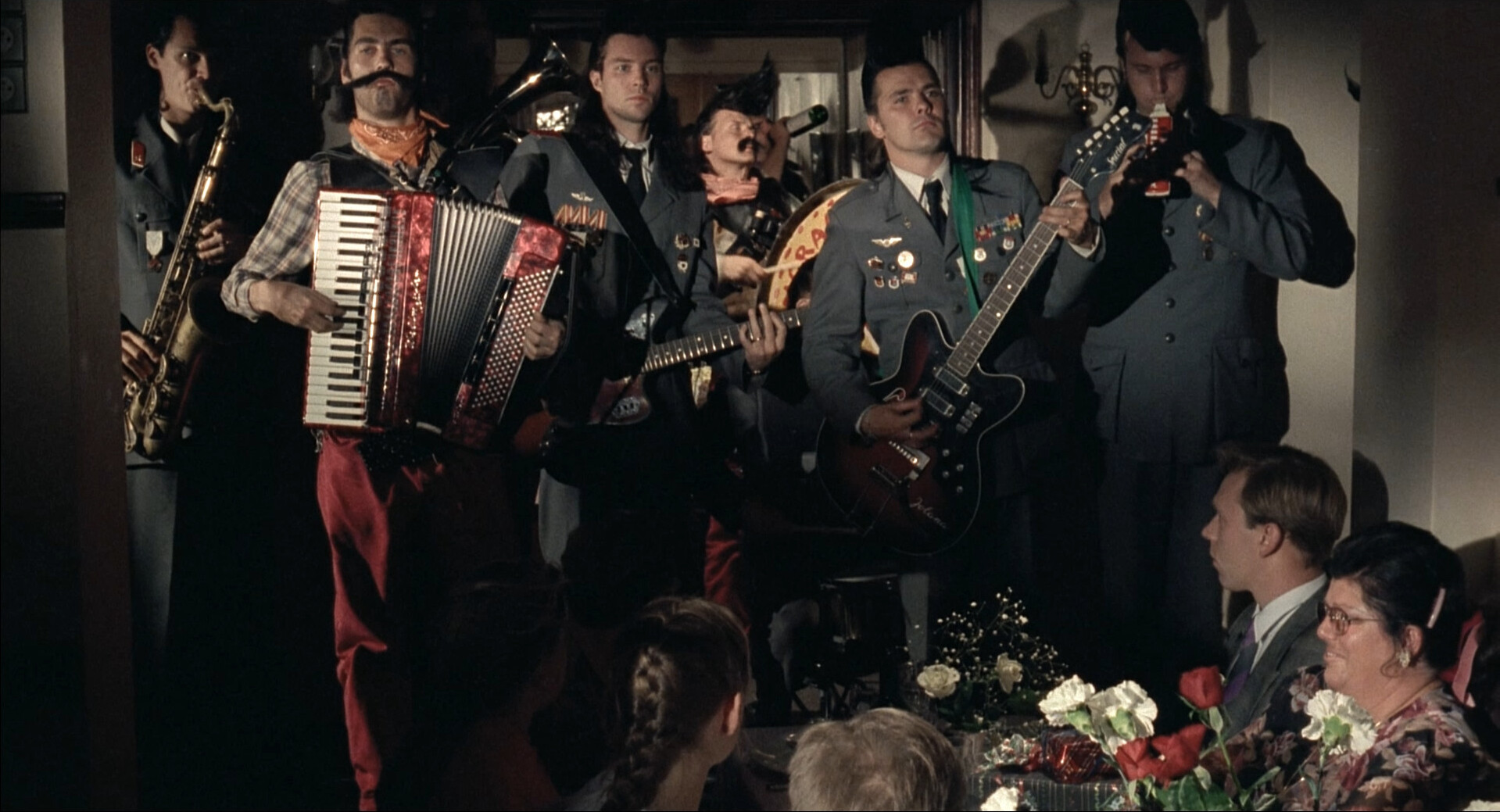 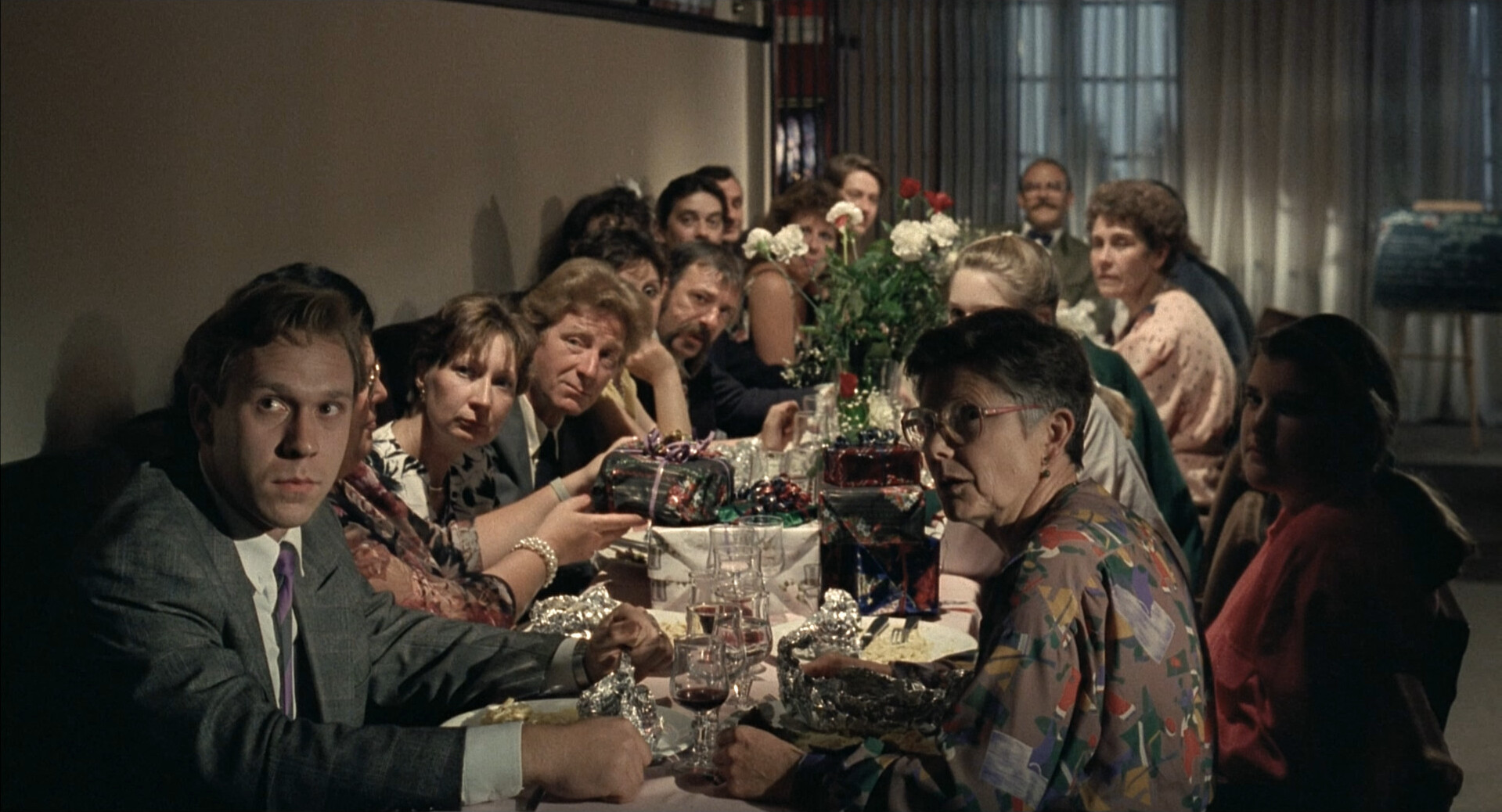 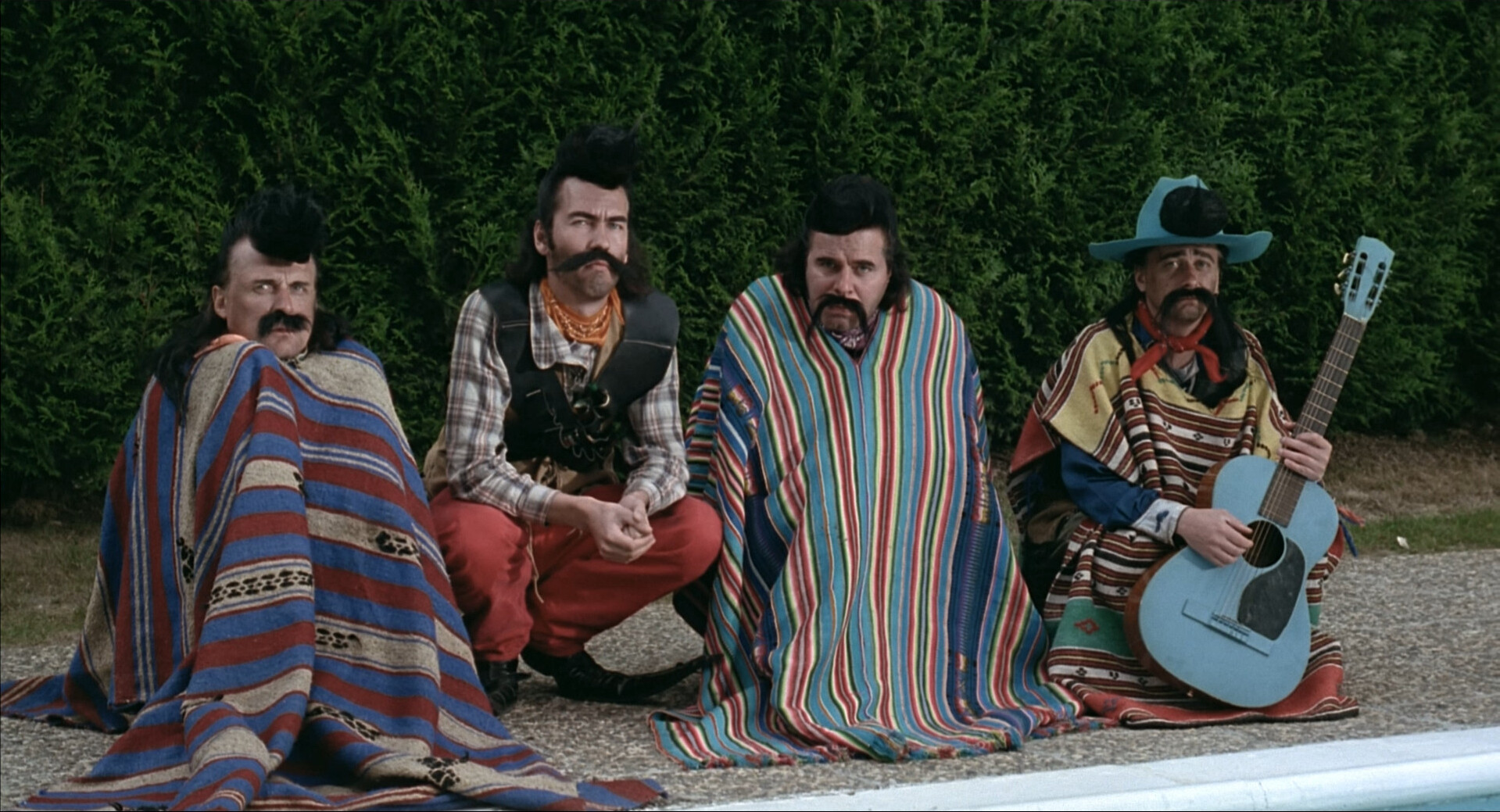 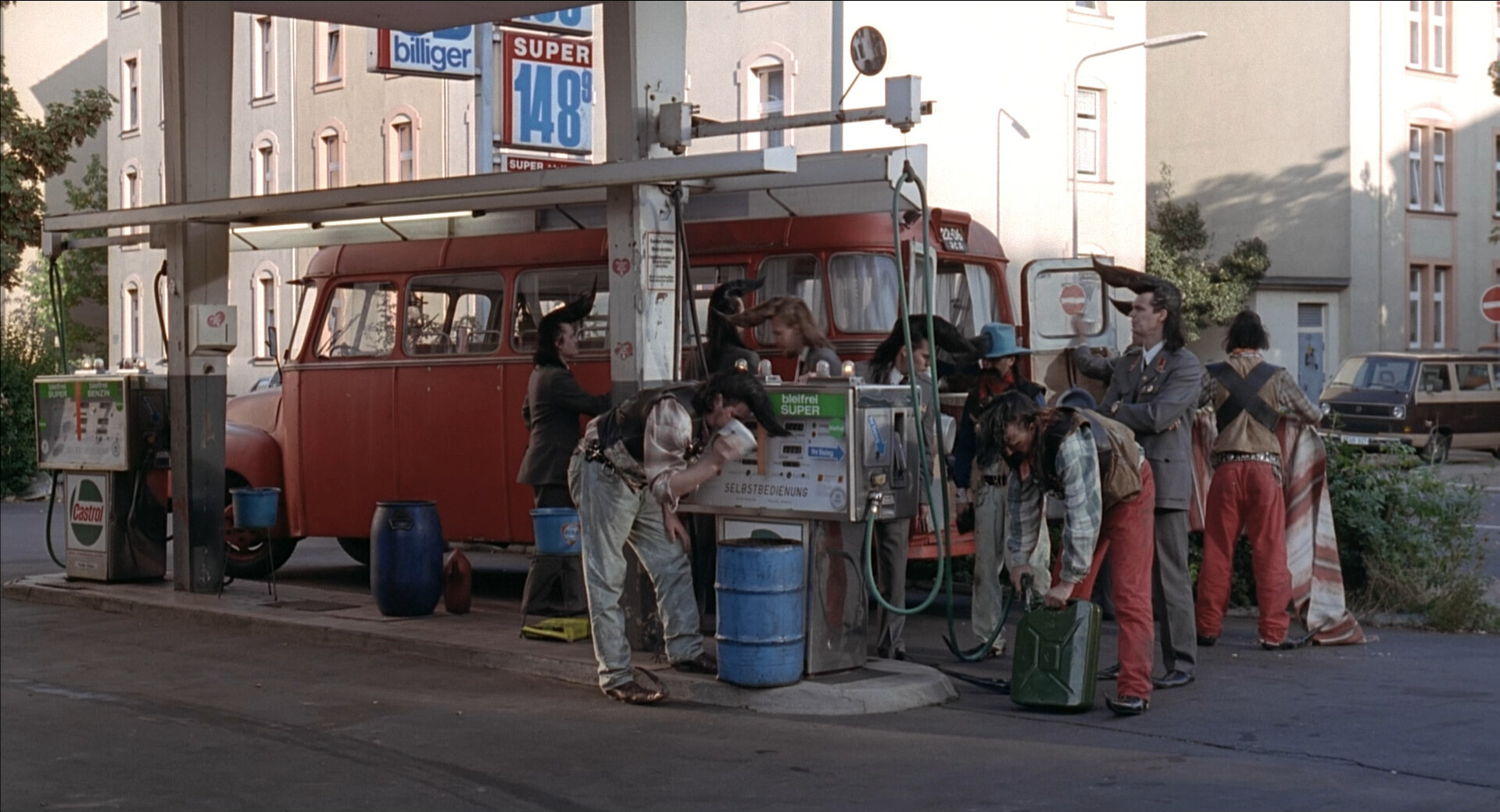 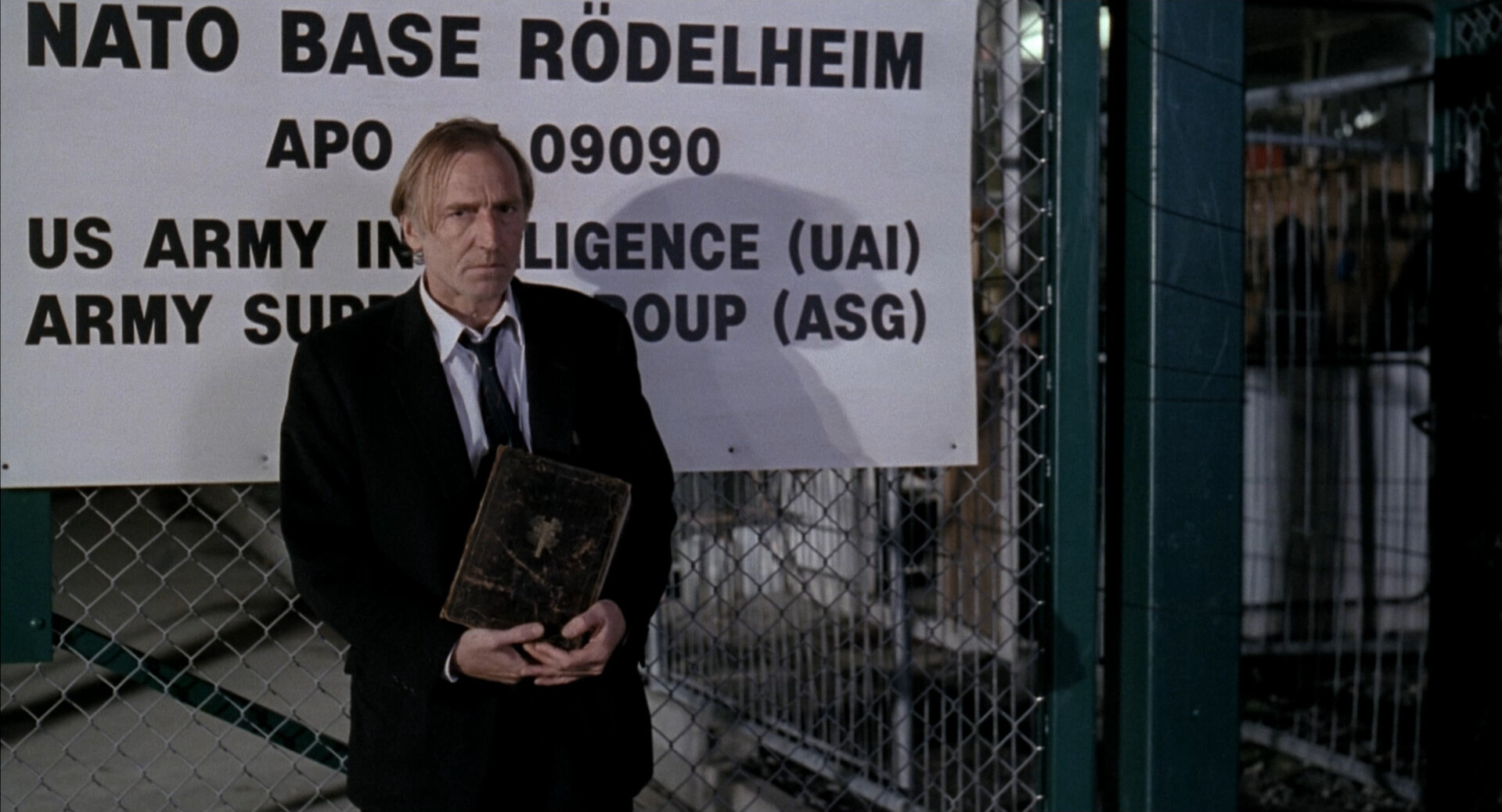 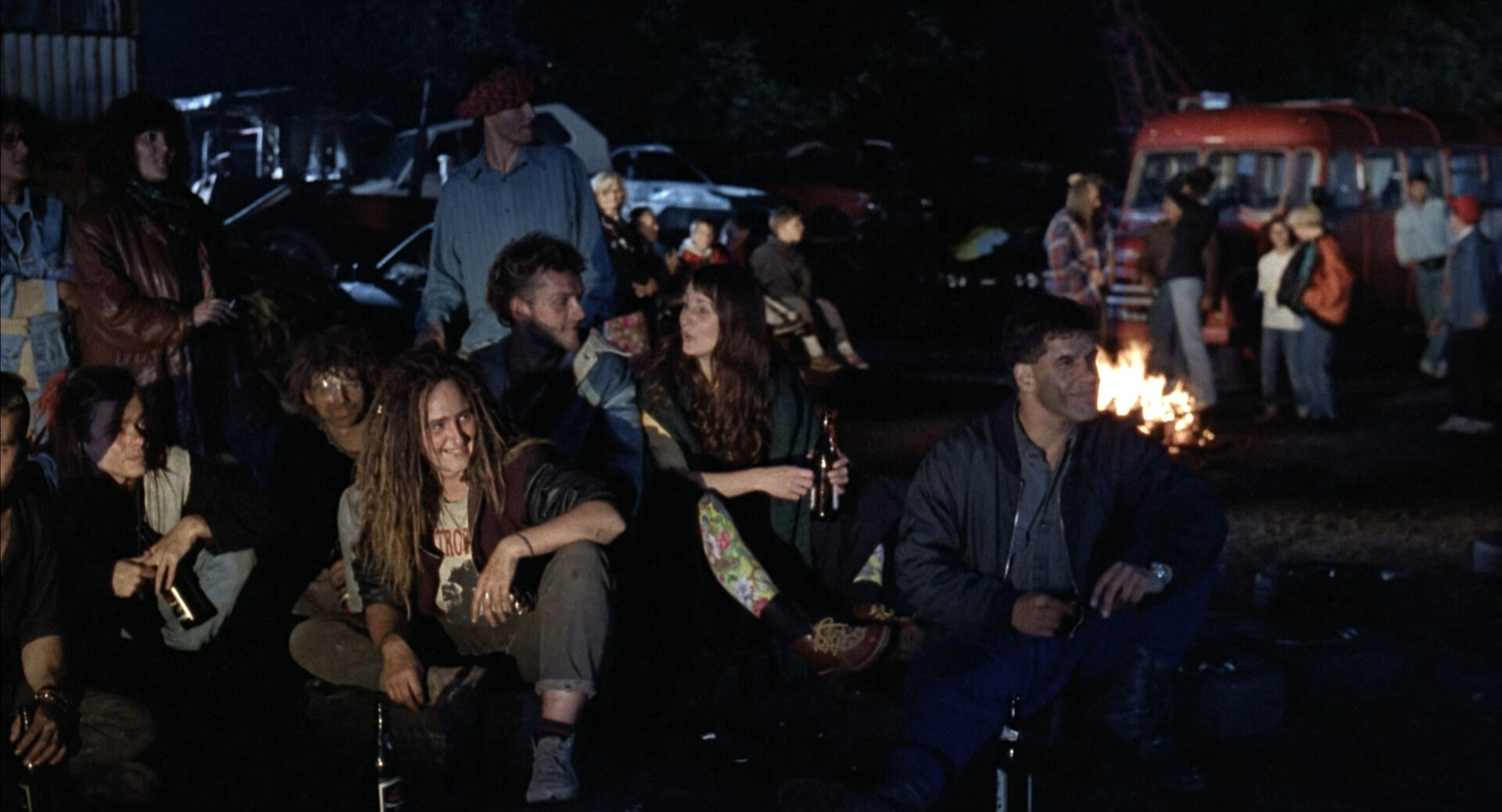 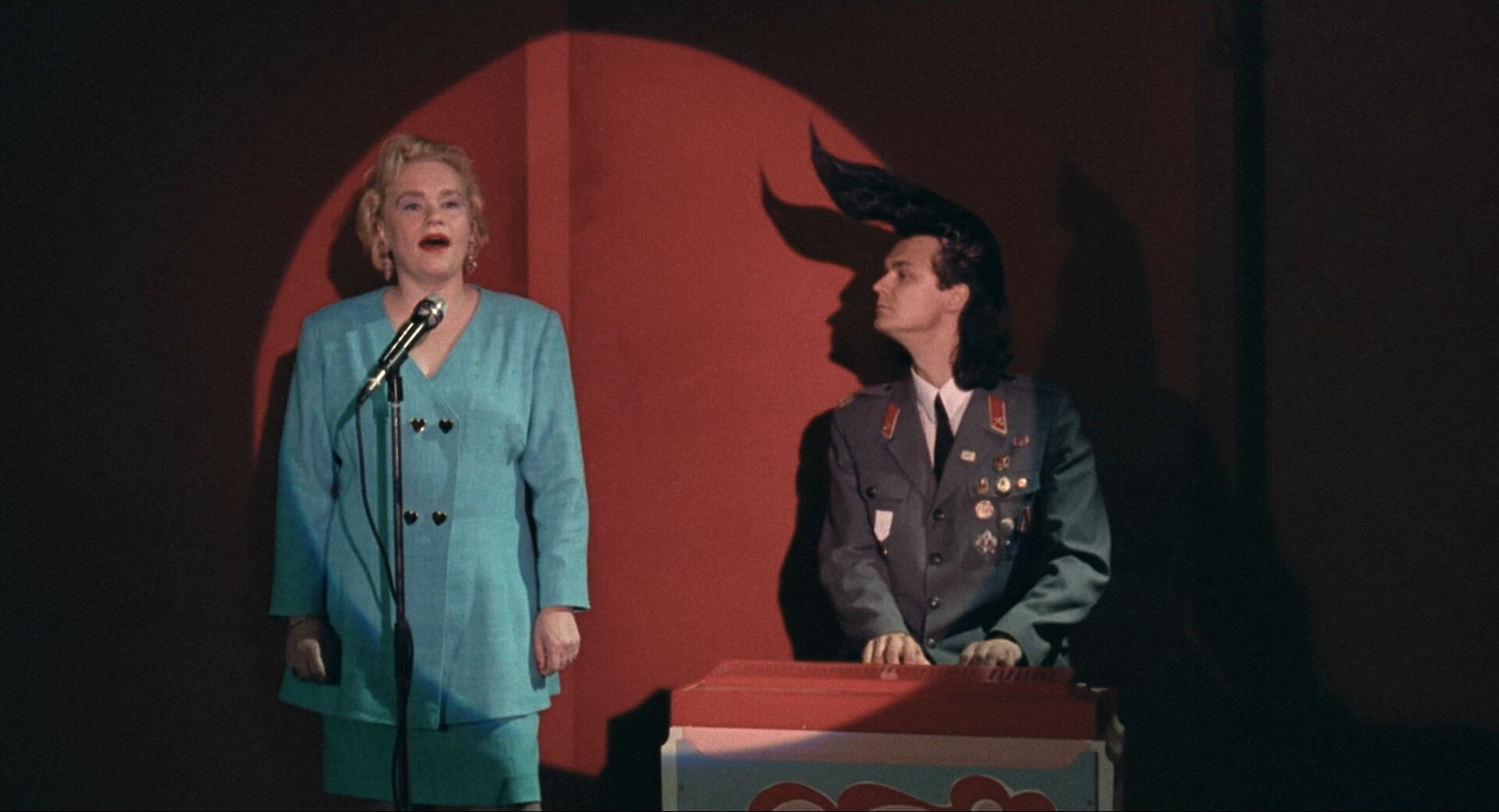 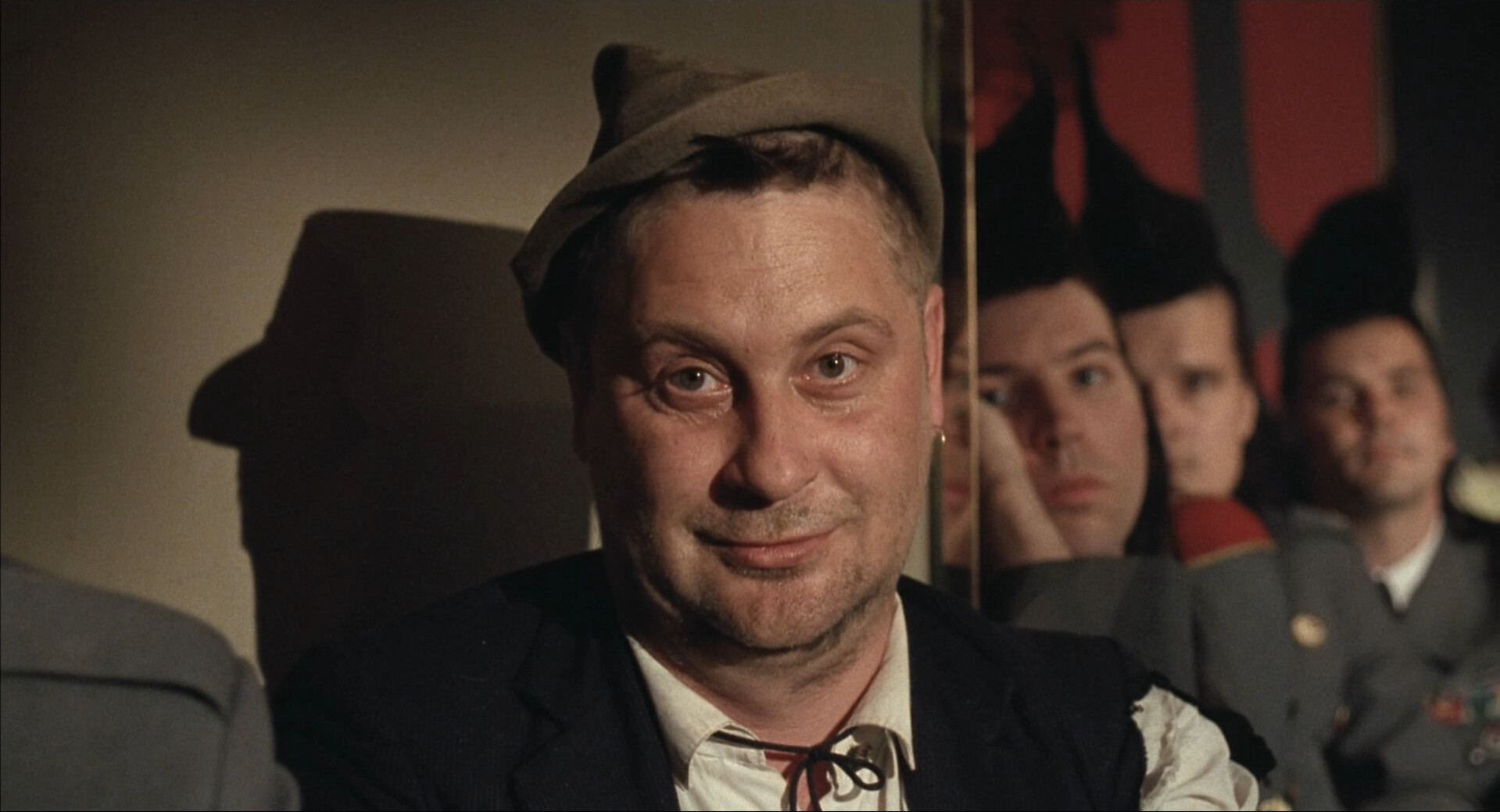 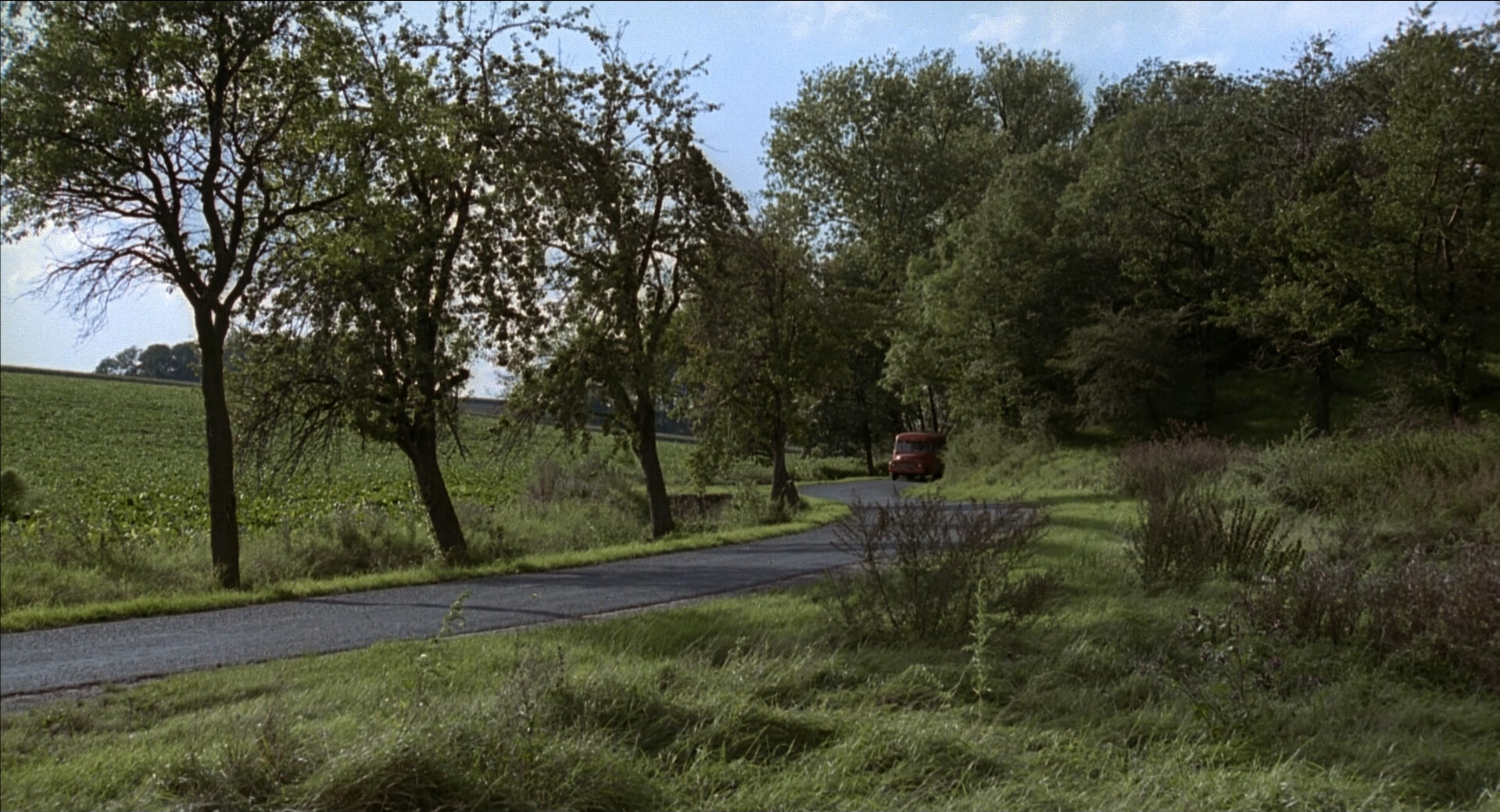 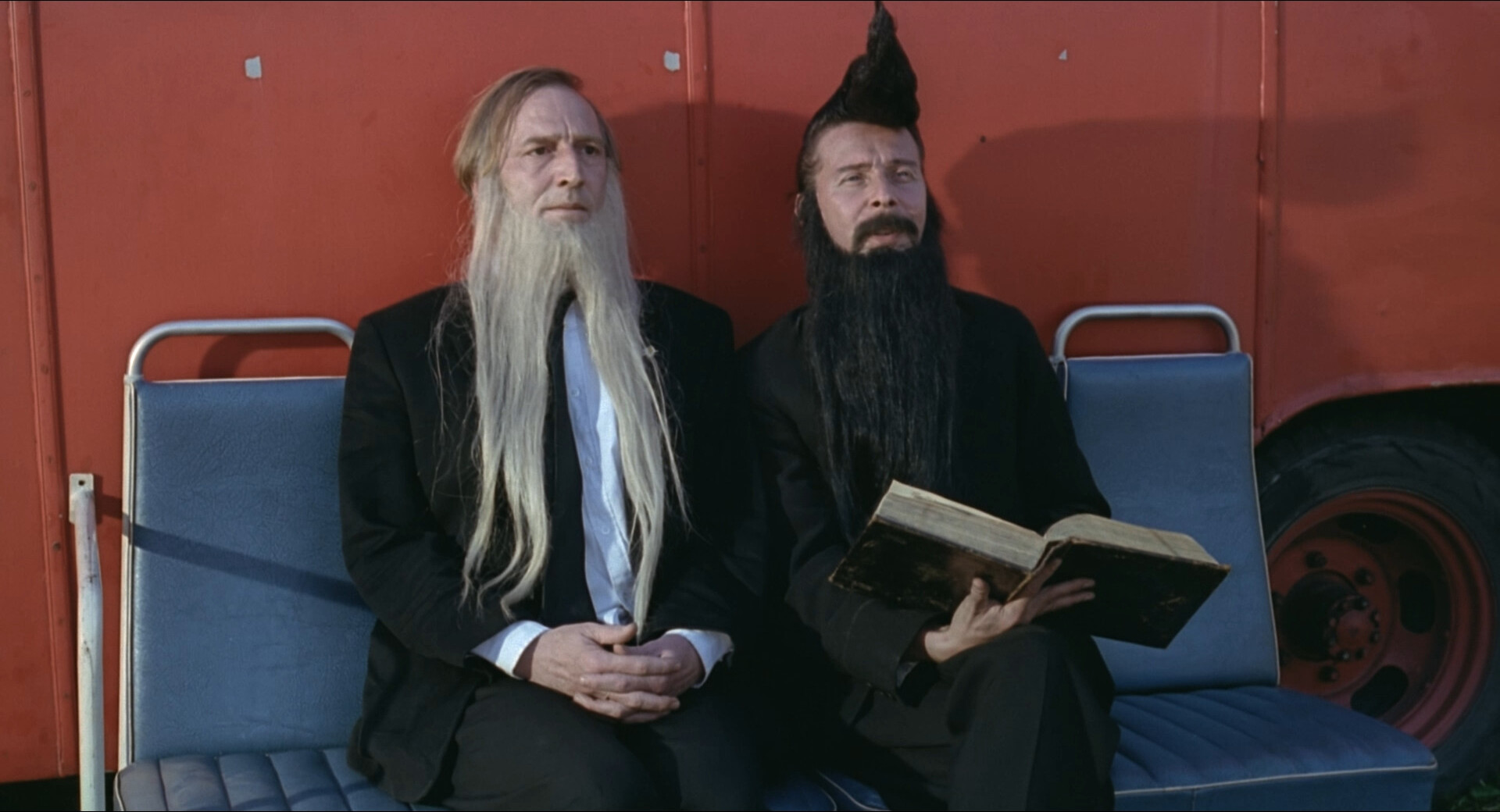 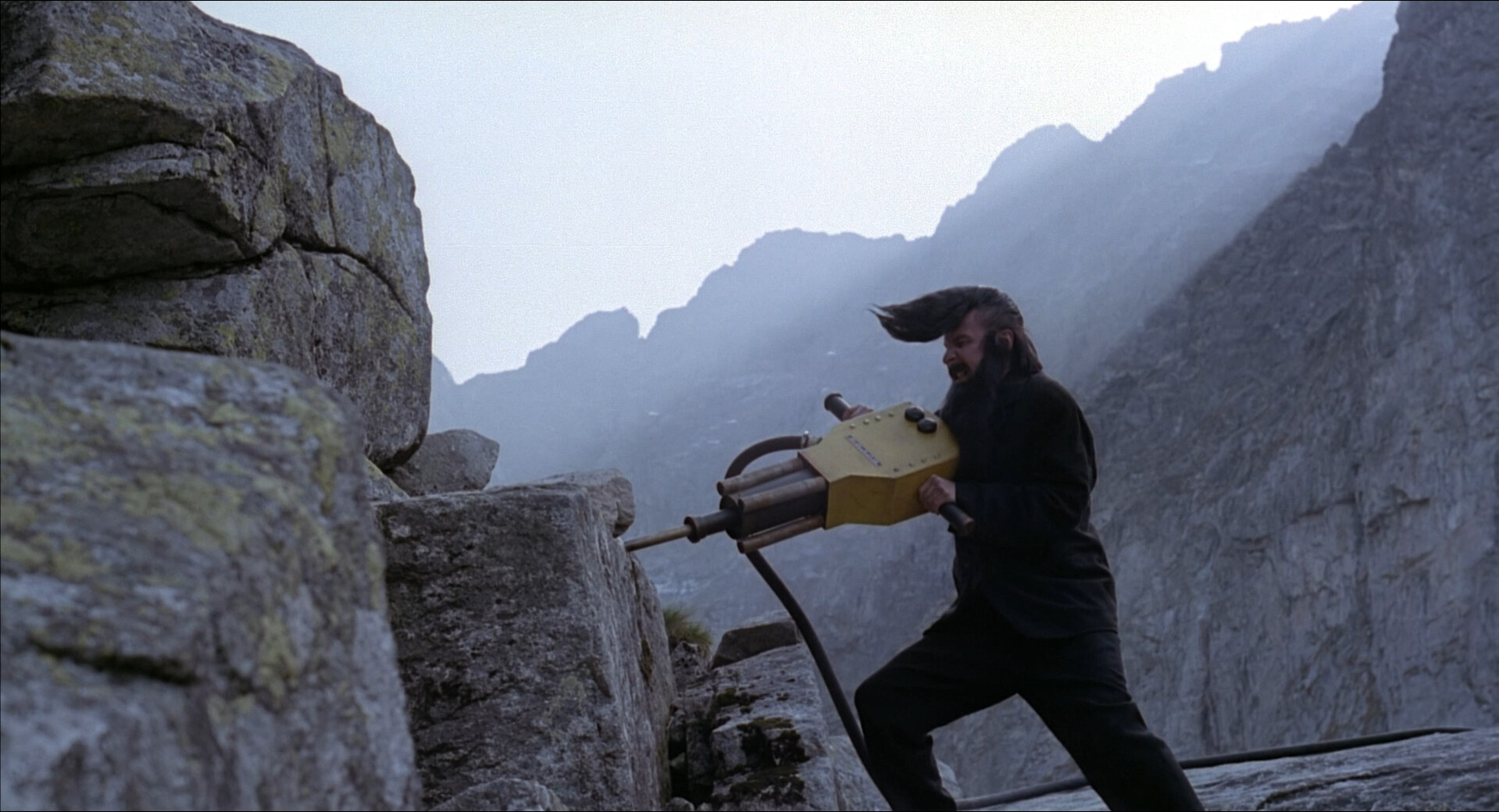 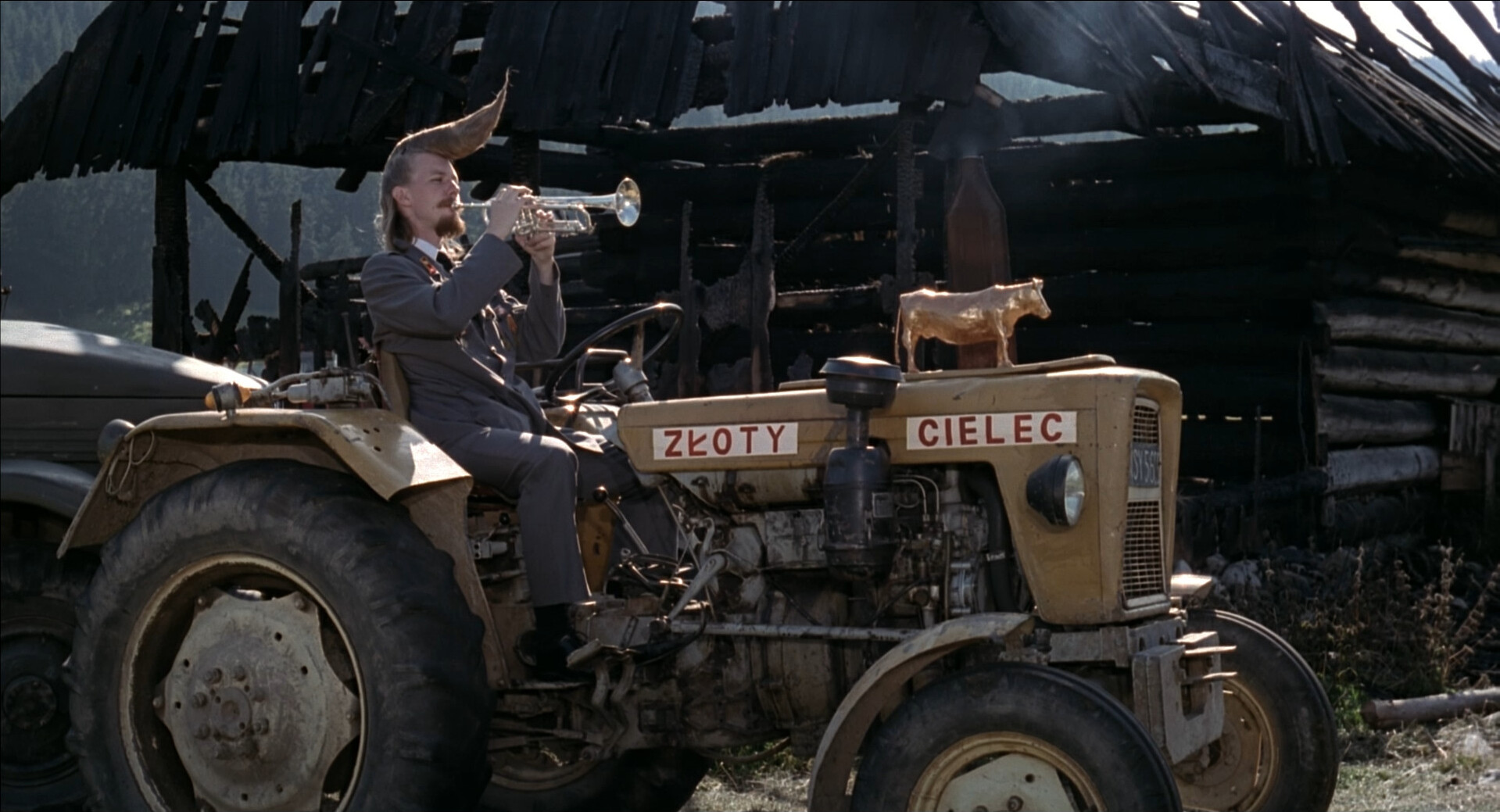 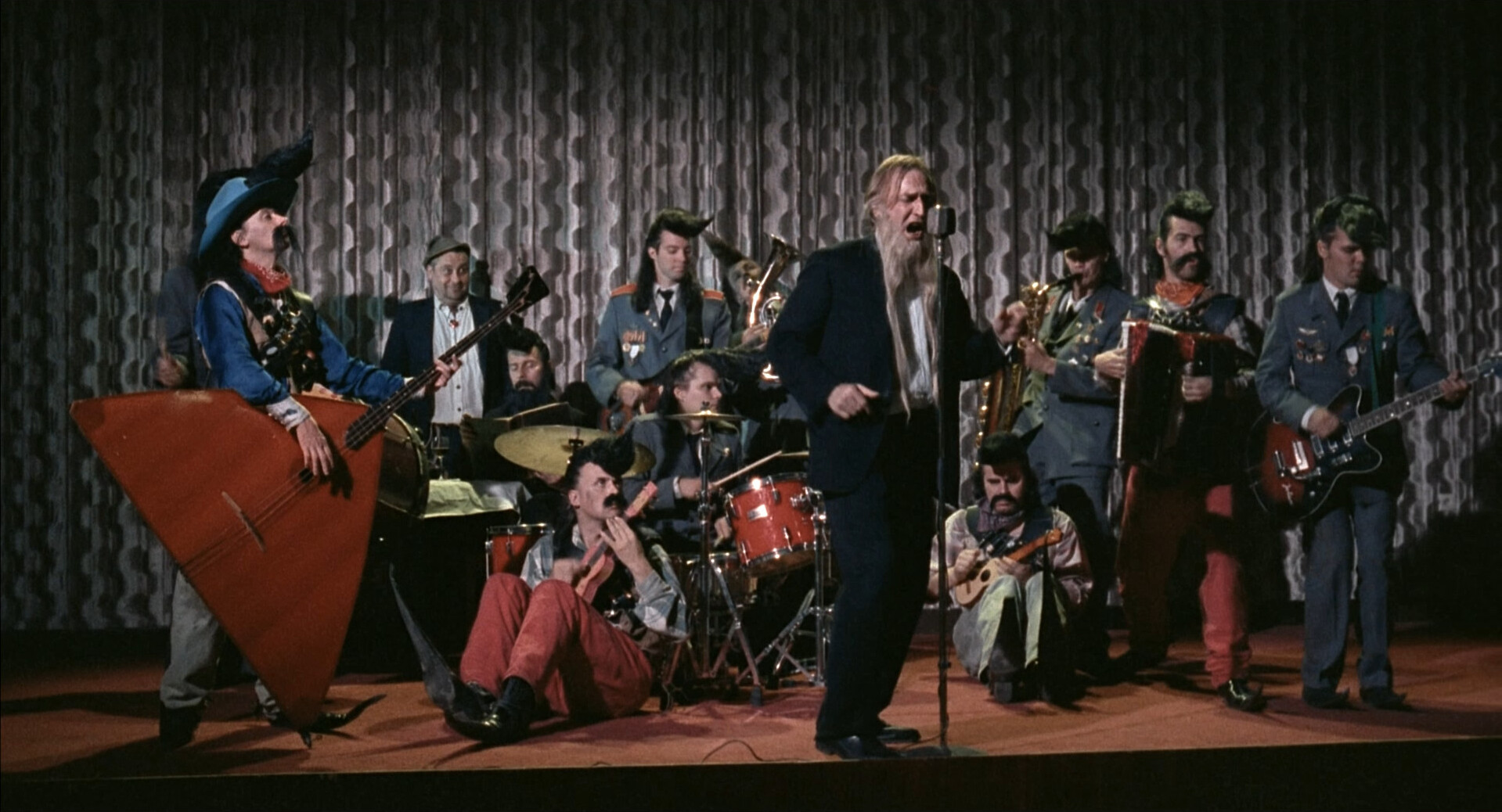 OK, whatever problems the first Leningrad Cowboys had, it had spirit. This feels like it’s over even before it begins — like it’s apologising for existing… which perhaps it is? It’s a followup movie to Kaurismäki’s hugely successful movie, and… he’s a bit embarrassed by that or something?

Instead of being stupidly inspired, it’s just… stupid?

I have to admit, I just kinda lost interest here, and started shopping Eclipse box sets from the Criterion web site. (I got box 2-10, except the one that was sold out. Box 1 was “Early Bergman”, which I’ve already seen.)

OK, concentrate on this movie now!!!

No, this just doesn’t work. Everybody involved tries hard to make something happen on the screen, but it just doesn’t gel.

The Moses/Marxist stuff is funny, of course, but it’s not enough.