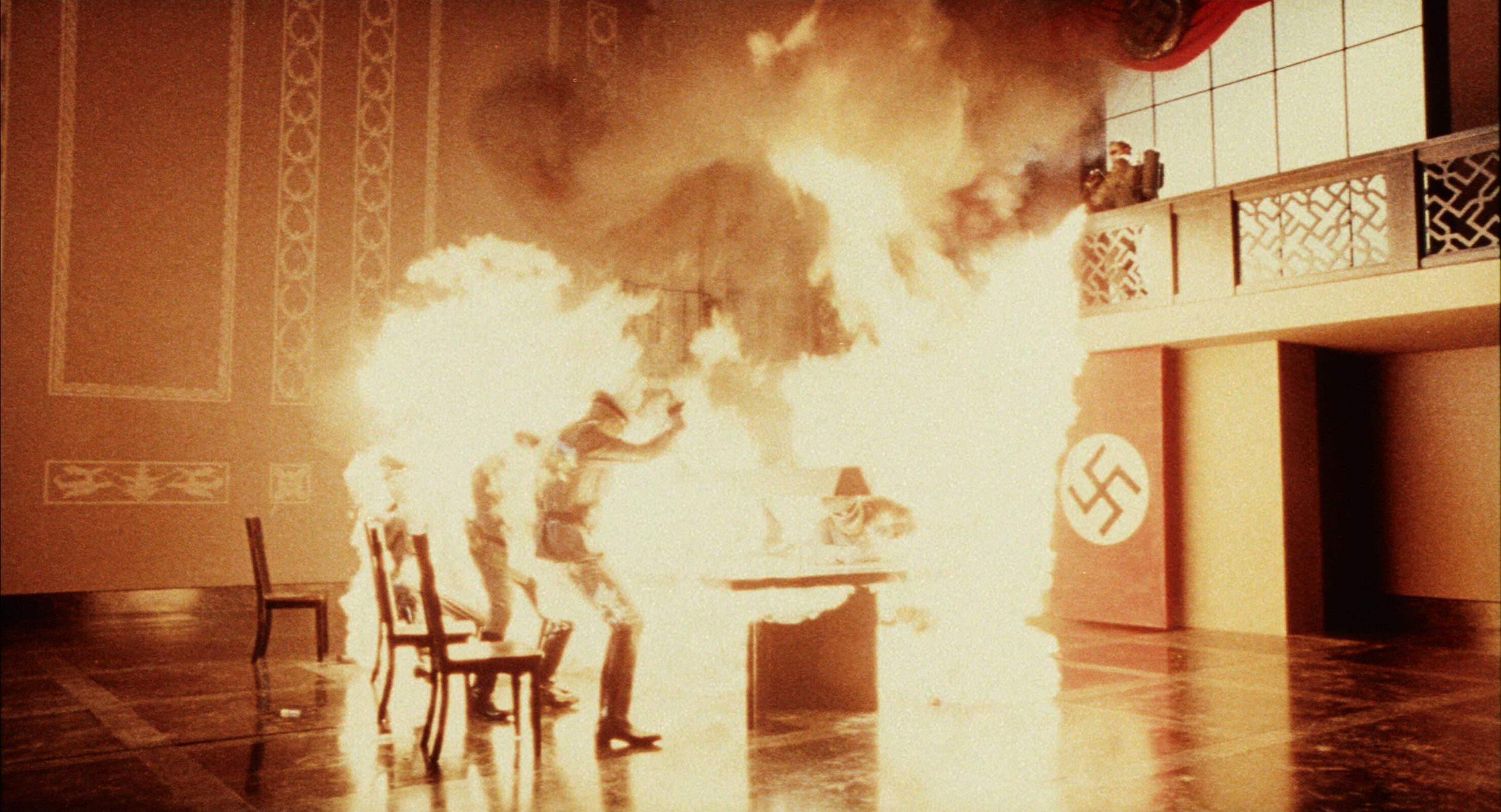 But like everybody else, I like those standard Tarantino scenes, so it’s a lot of fun. Let’s see if this coheres into an actual movie, because sometimes these collections of Tarantino scenes don’t.

Is this about Charles Manson?

Well, Tarantino snuck that up on us…

How disappointing! How dull.

It’s such a sophomoric attempt at audience manipulation.

Then there’s the scene with the western star, who’s… playing in what looks like the most bizarre TV pilot ever. What’s up with that?

It’s not like anything here is boring, but I’m deeply annoyed with the movie.

OK, this may be the greatest movie ever.

OK, that’s not true, but I really didn’t realise that this was a Tarantino fantasia like Inglorious Basterds — not how the world was, but how it was supposed to be. It’s like the anti-Manson movie: Tarantino ridicules, skewers and deflates his whole thing, which is the opposite tack taken by, well, everybody else.

I’ve never cheered anybody getting chewed up by a dog as I did in this movie.

Tarantino made it all work, in the best movie he’s made.

I probably would have enjoyed it more if I’d known how it was going to turn out, though. Which is a very strange thing.

So here it is: In this movie, Sharon Tate survives.