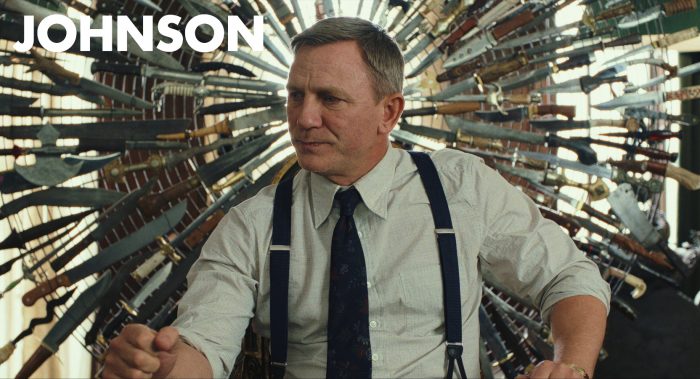 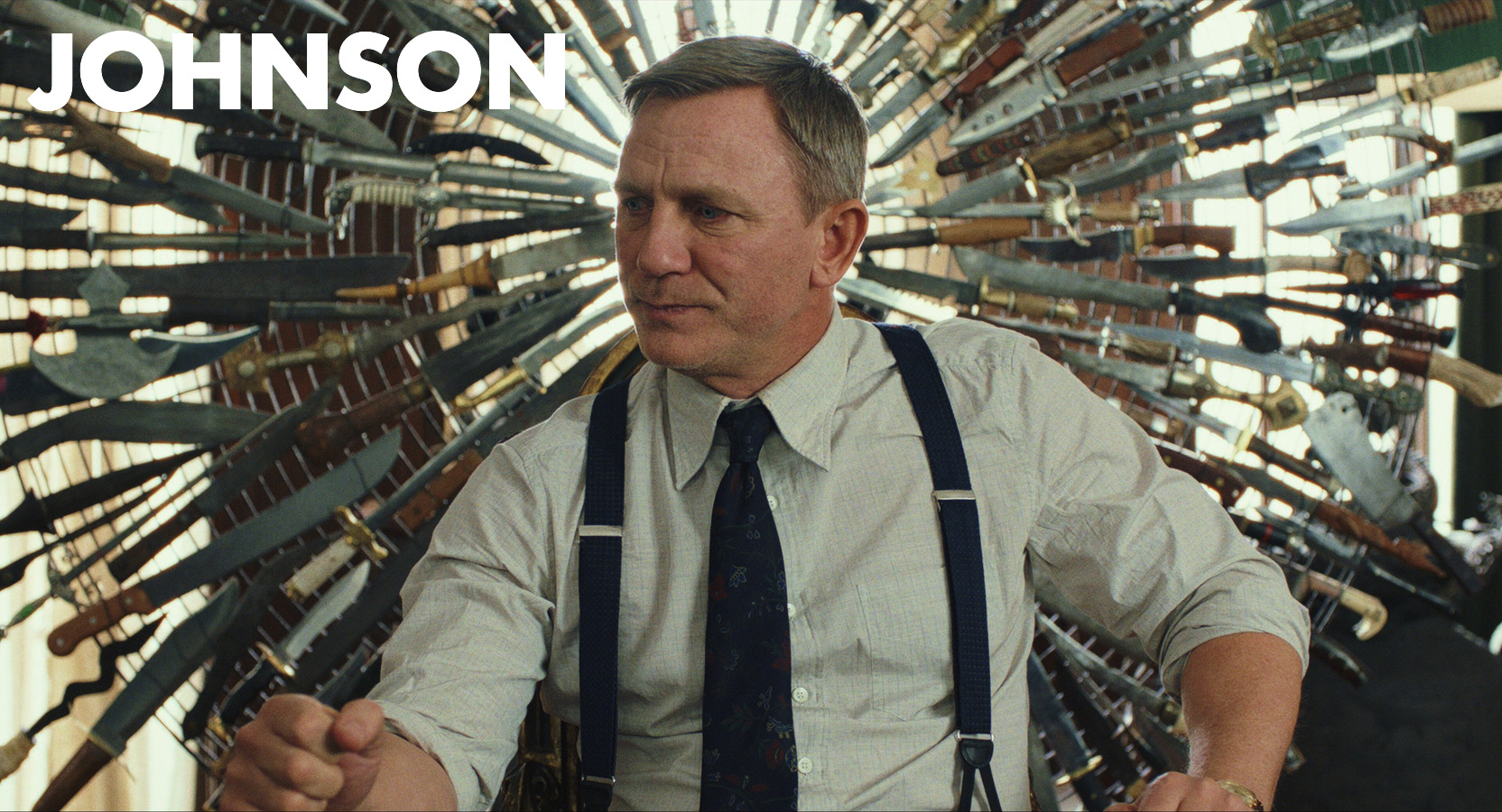 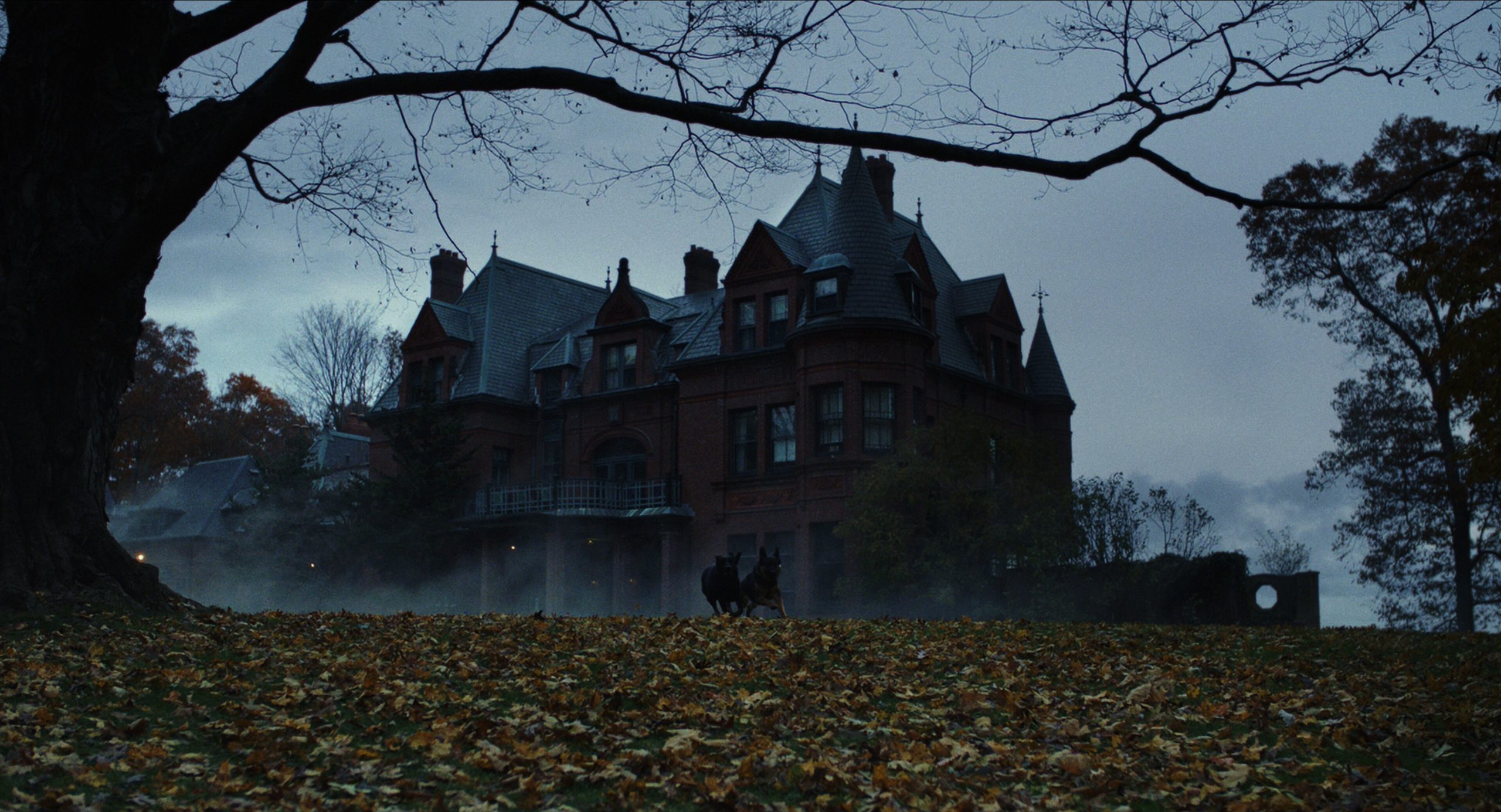 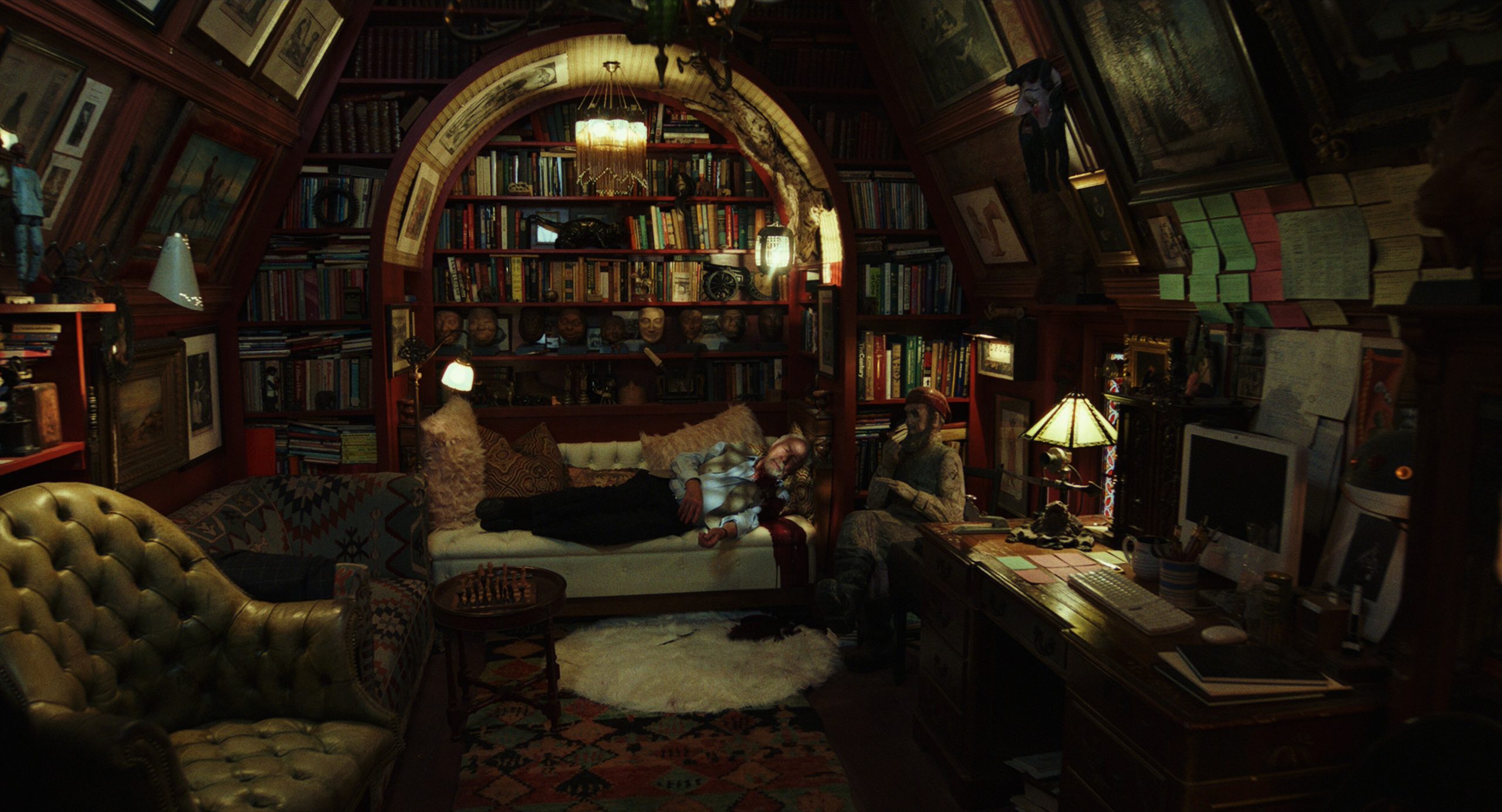 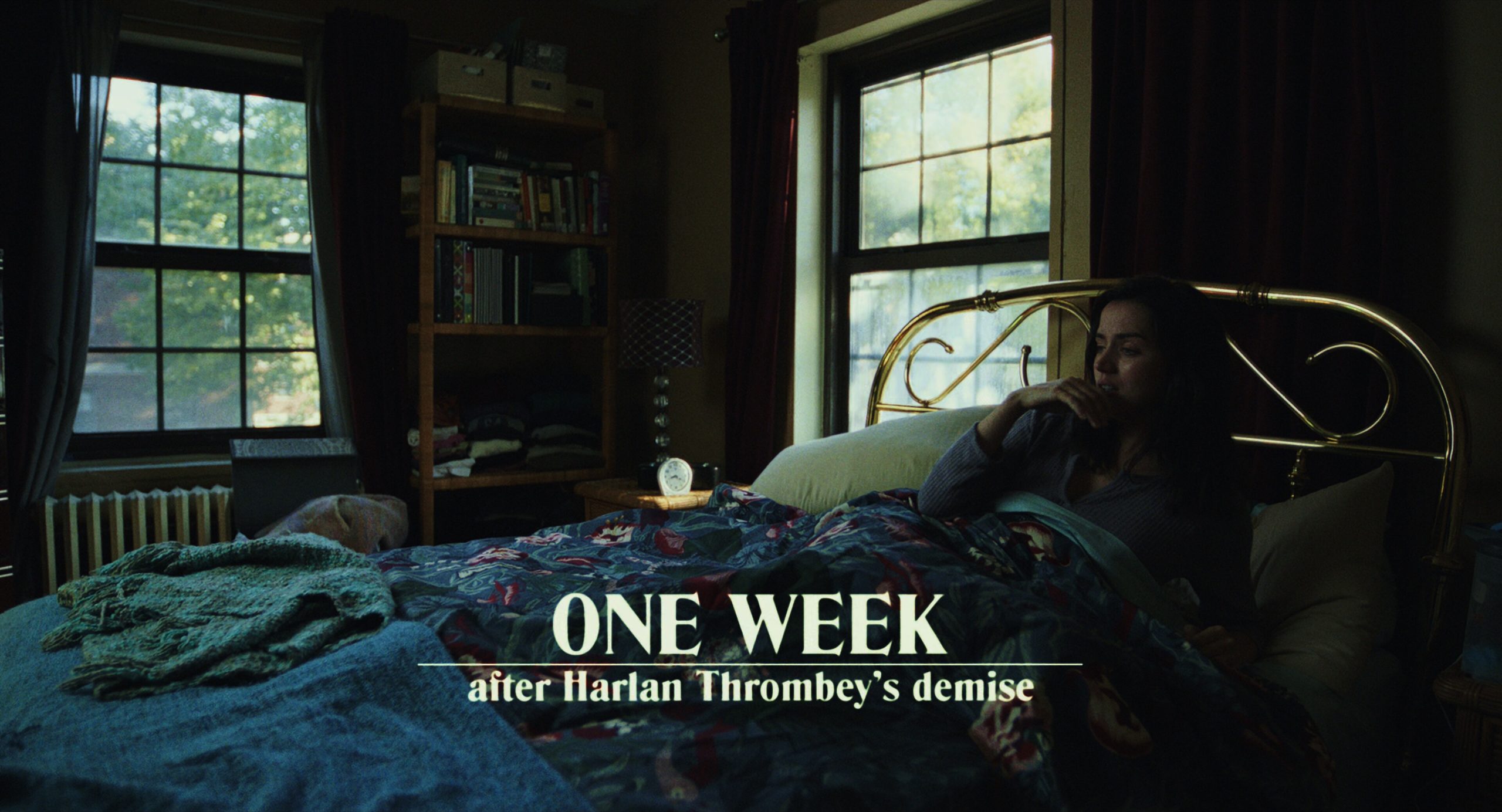 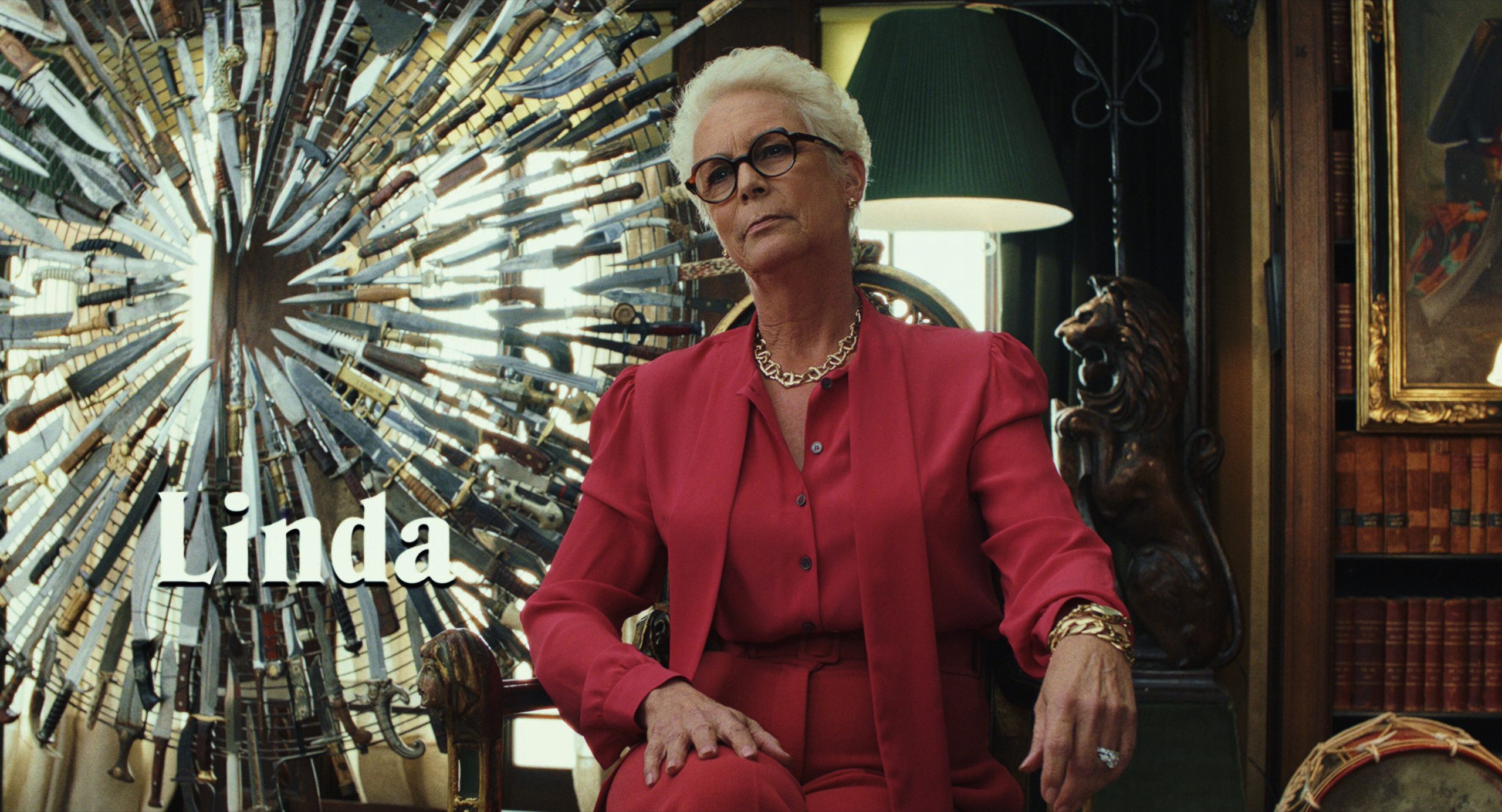 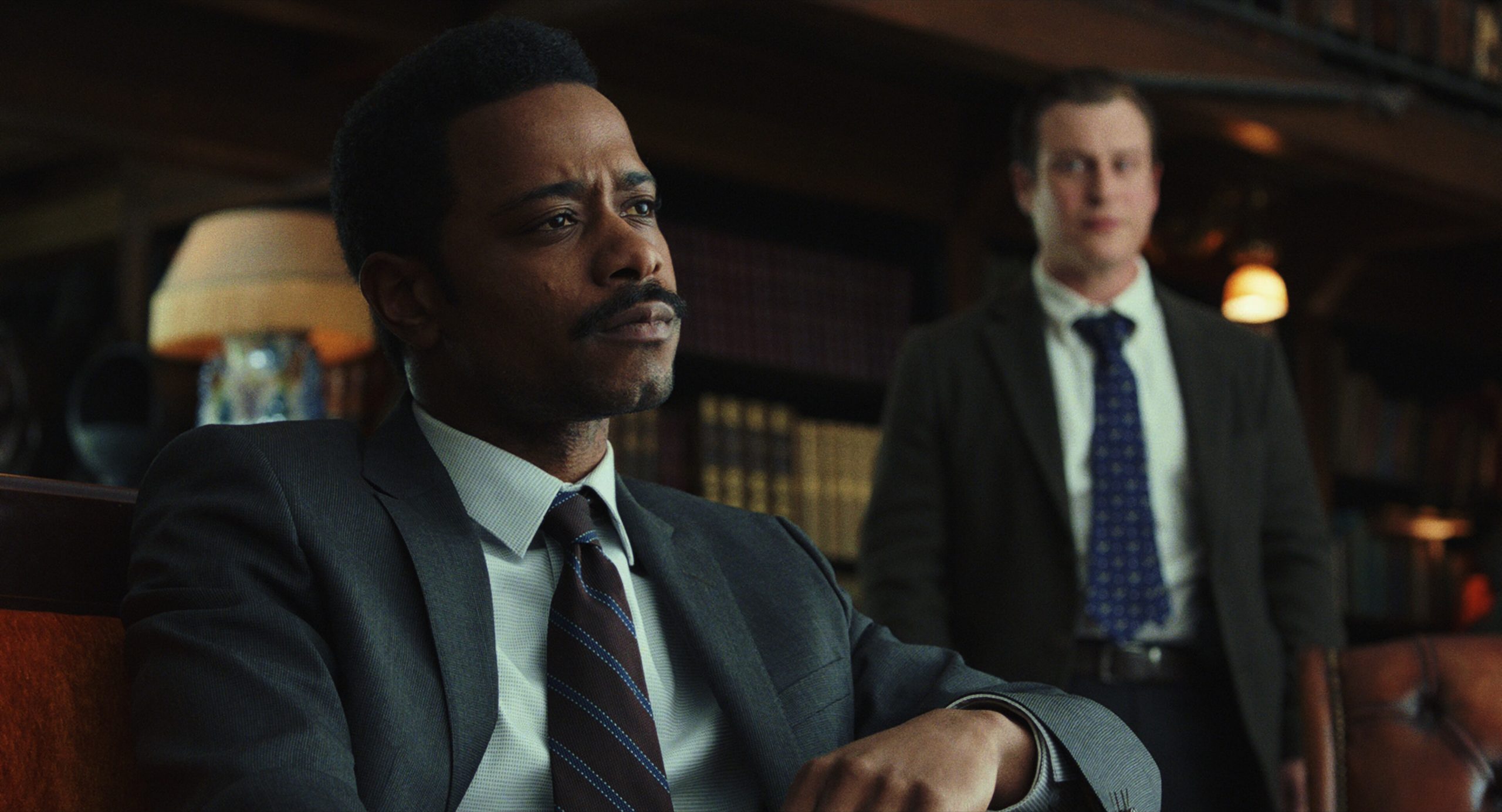 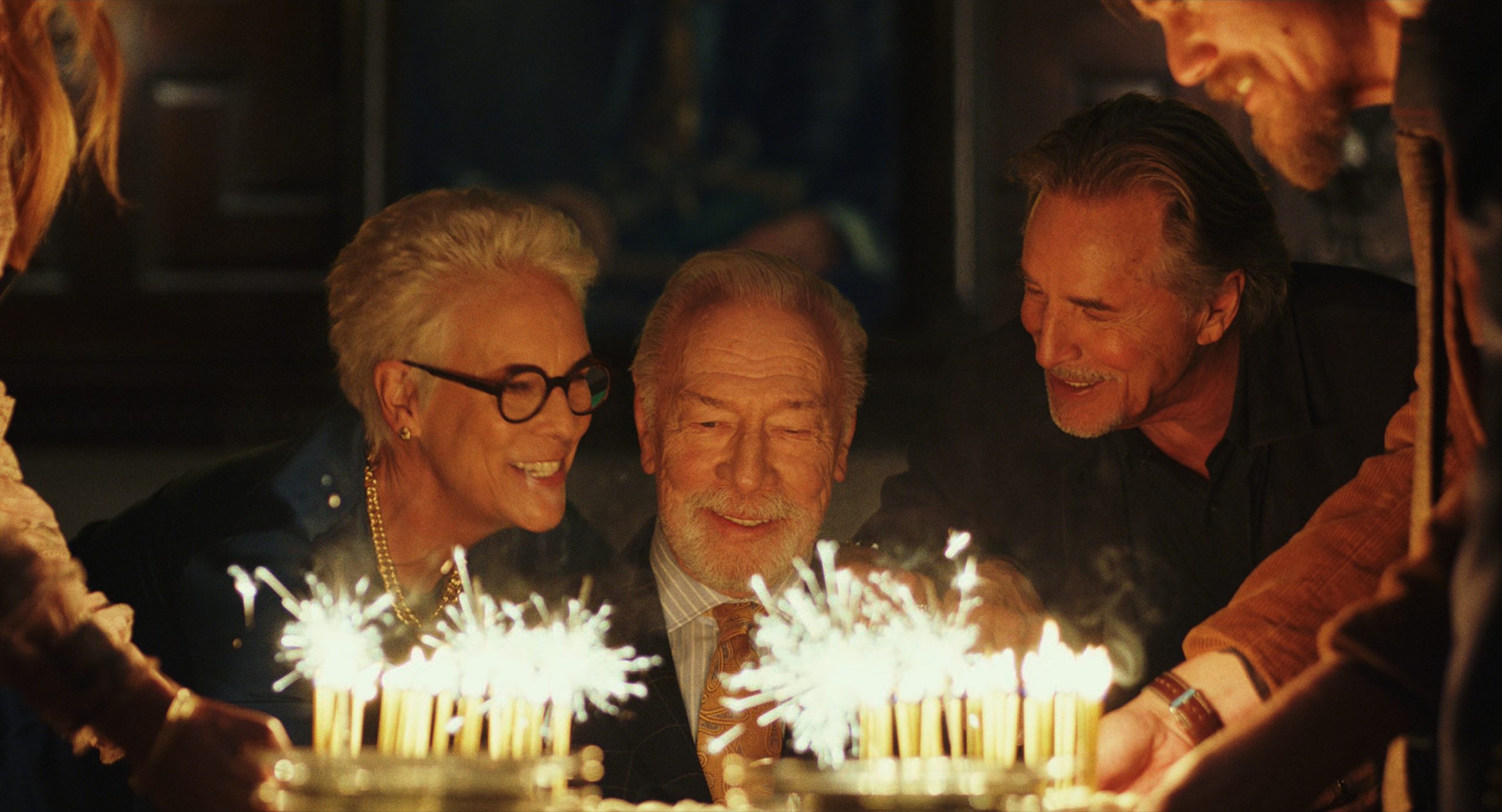 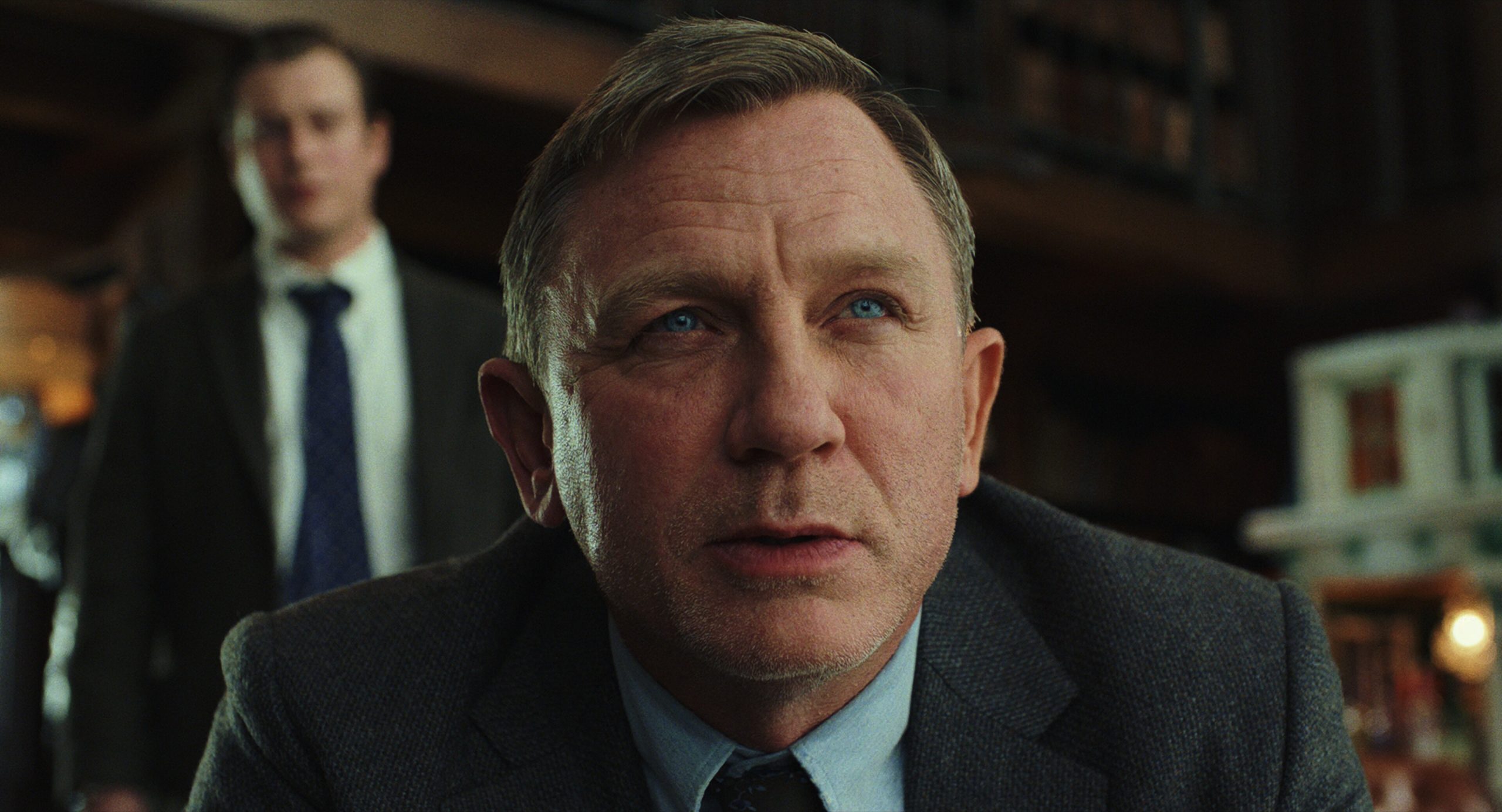 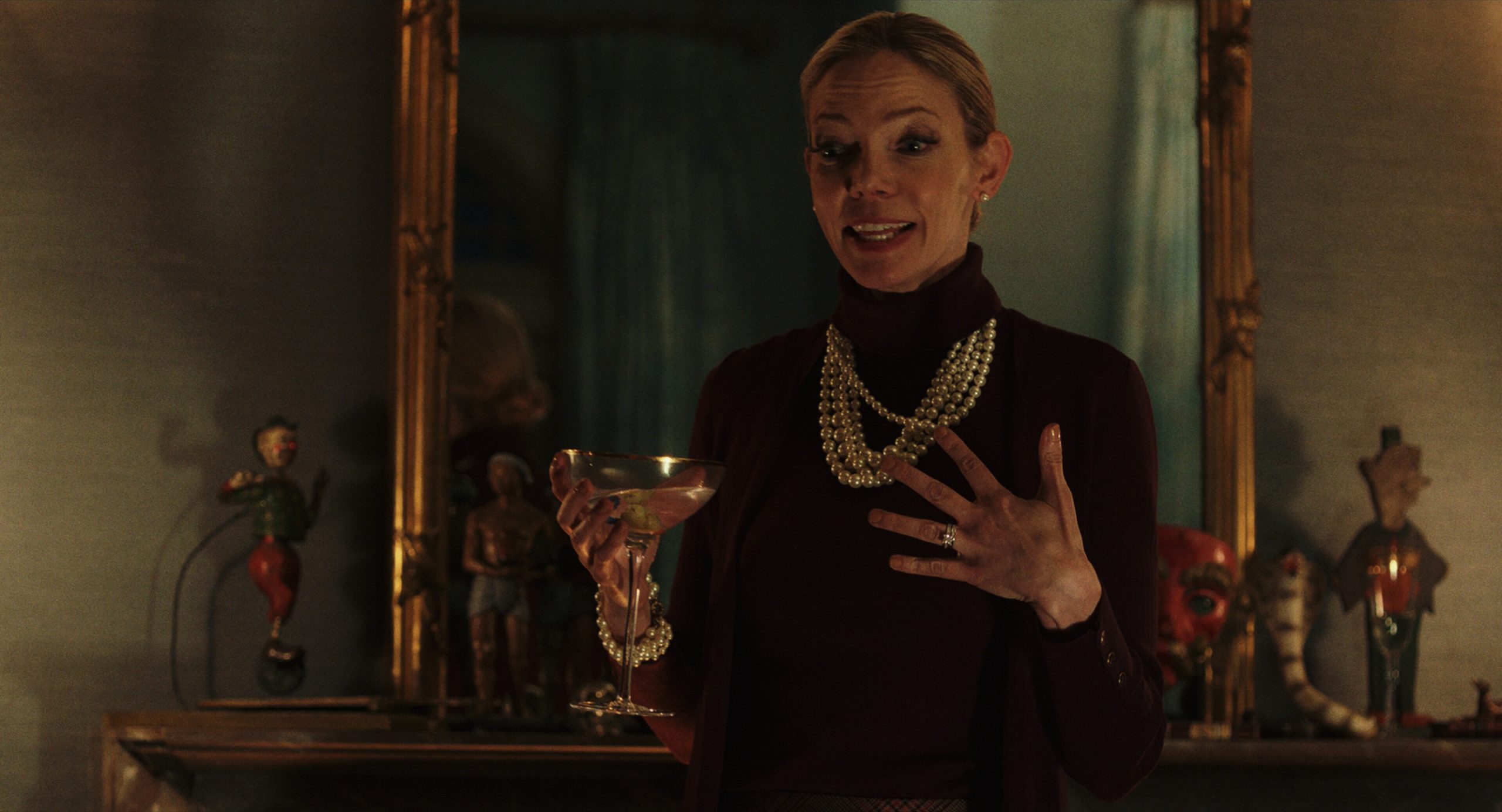 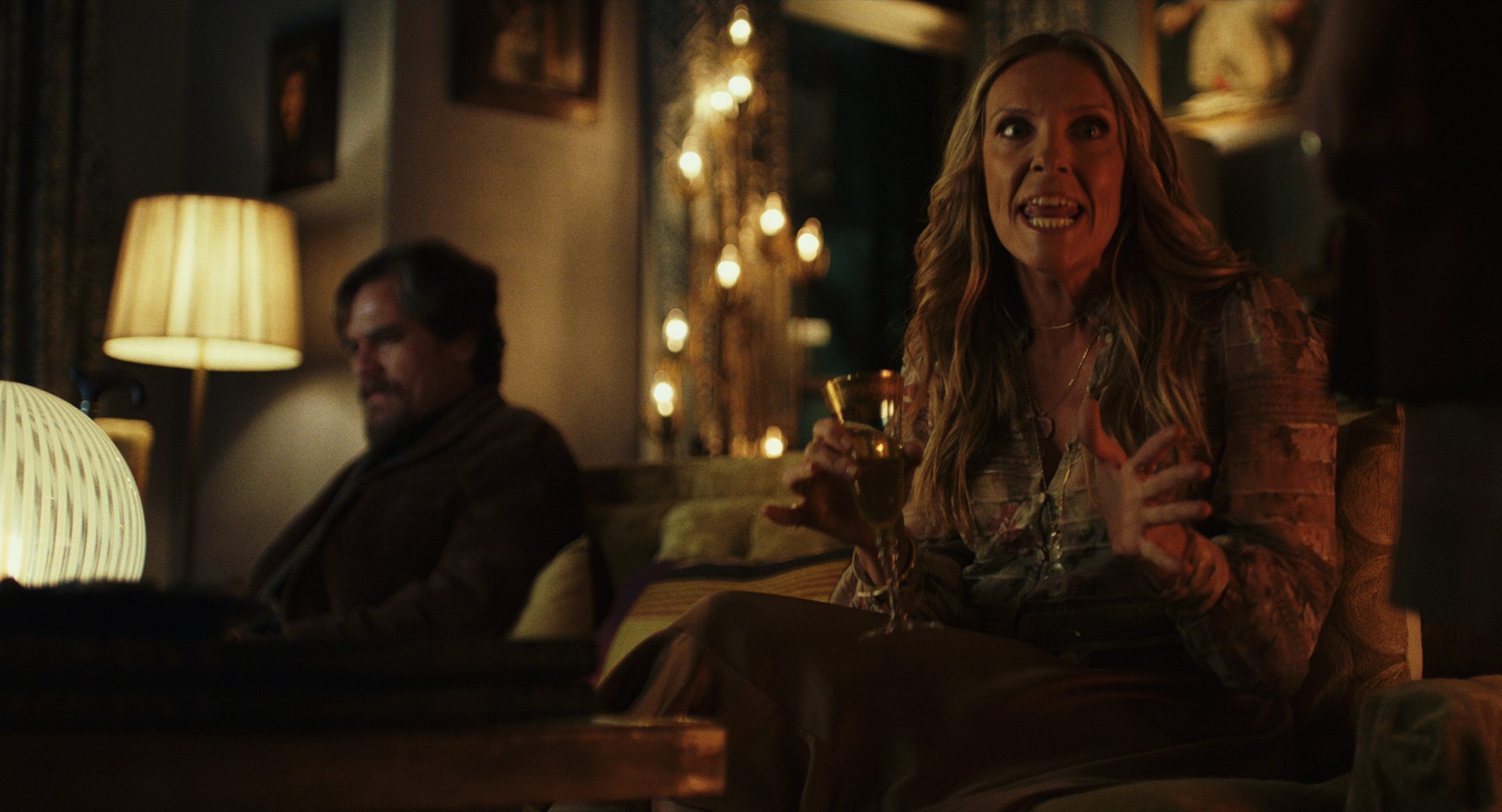 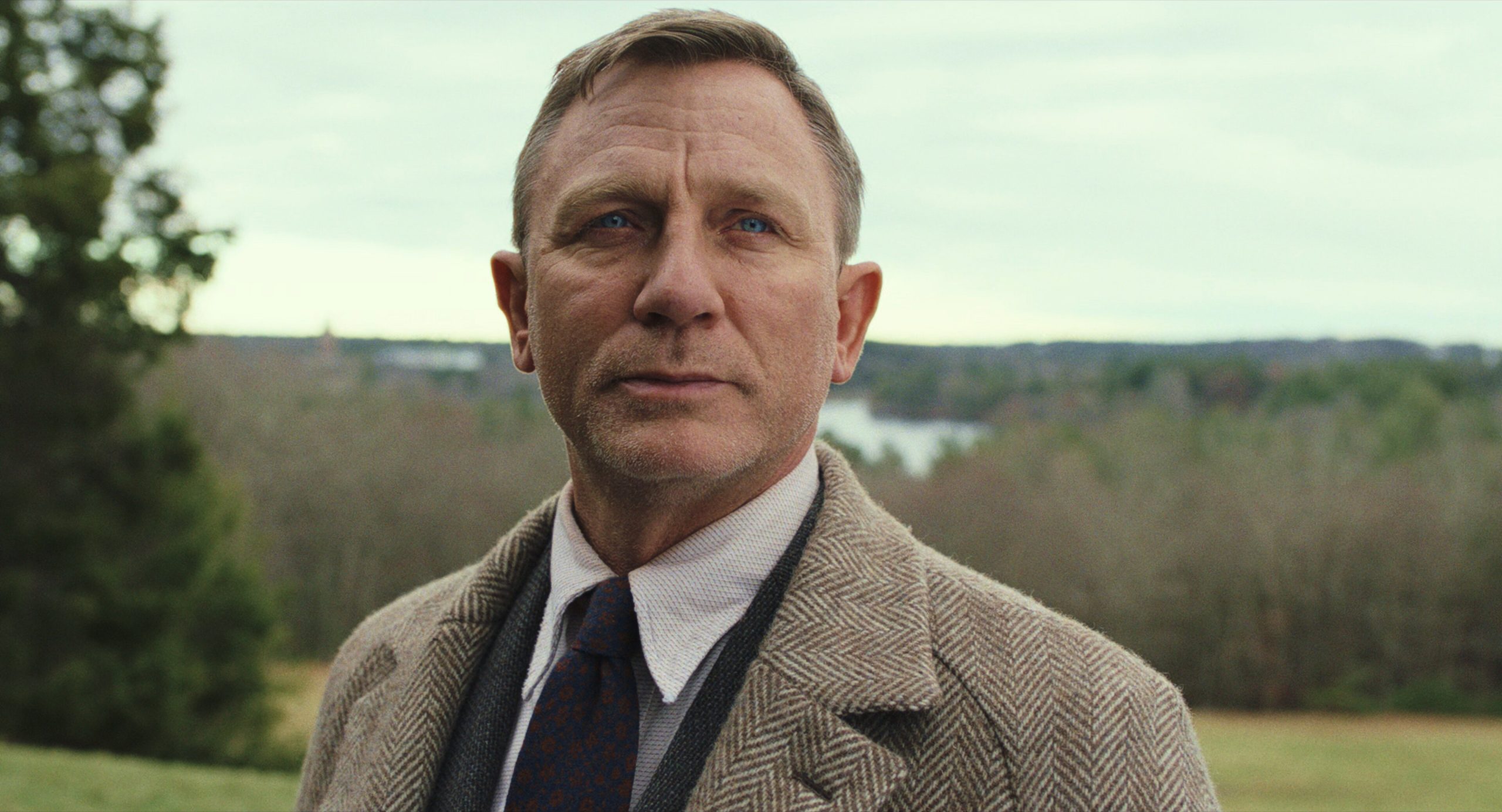 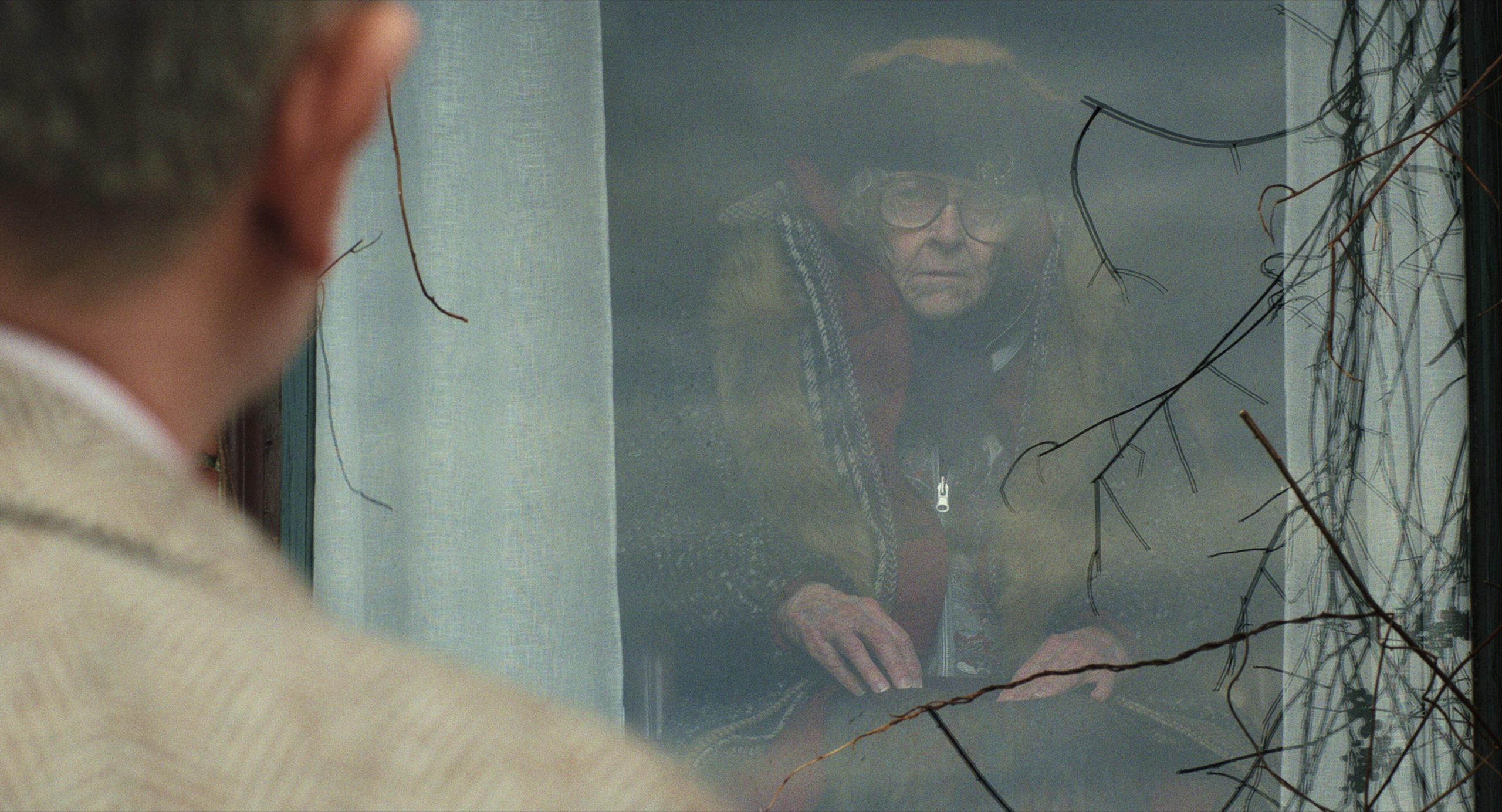 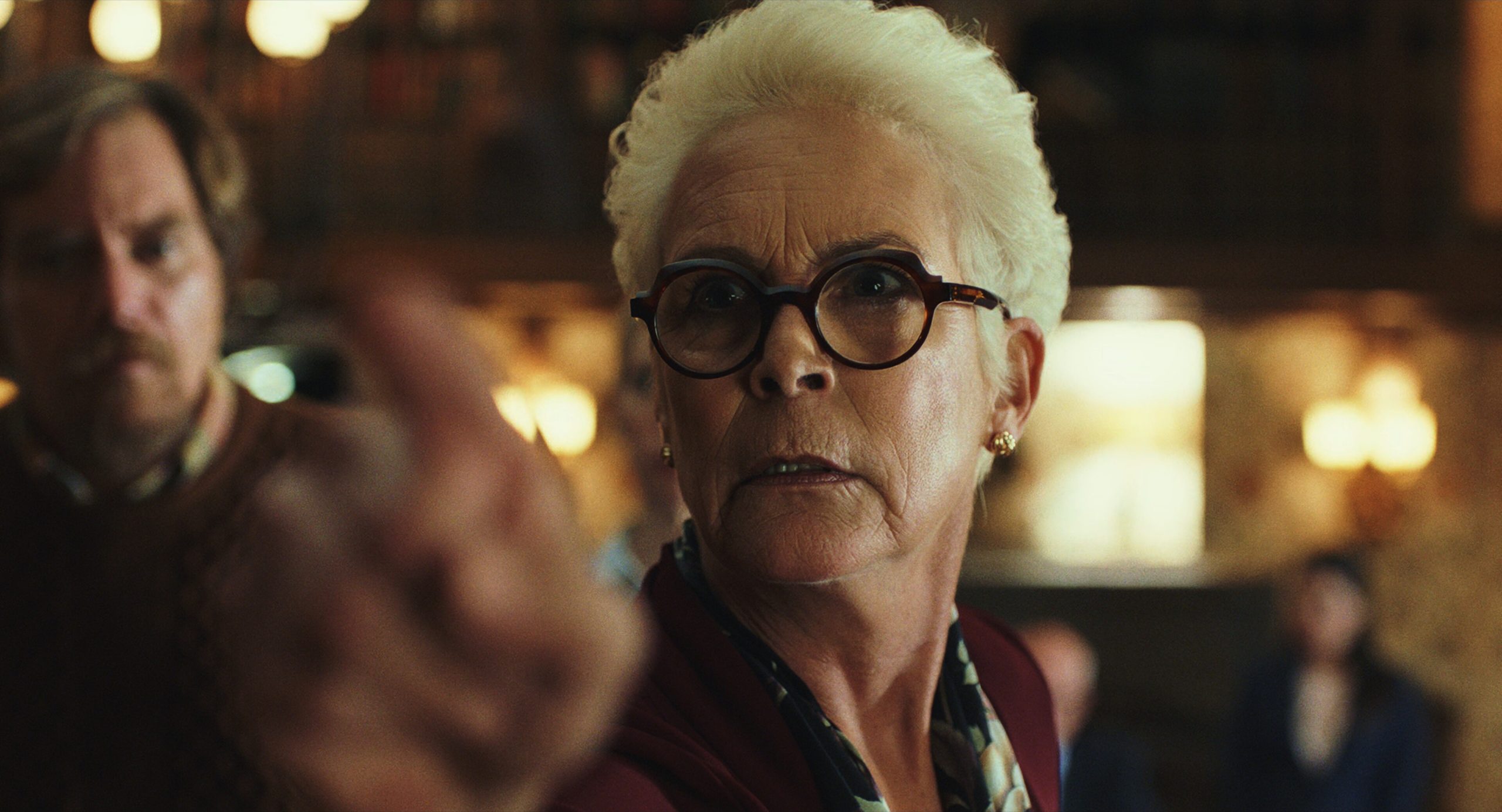 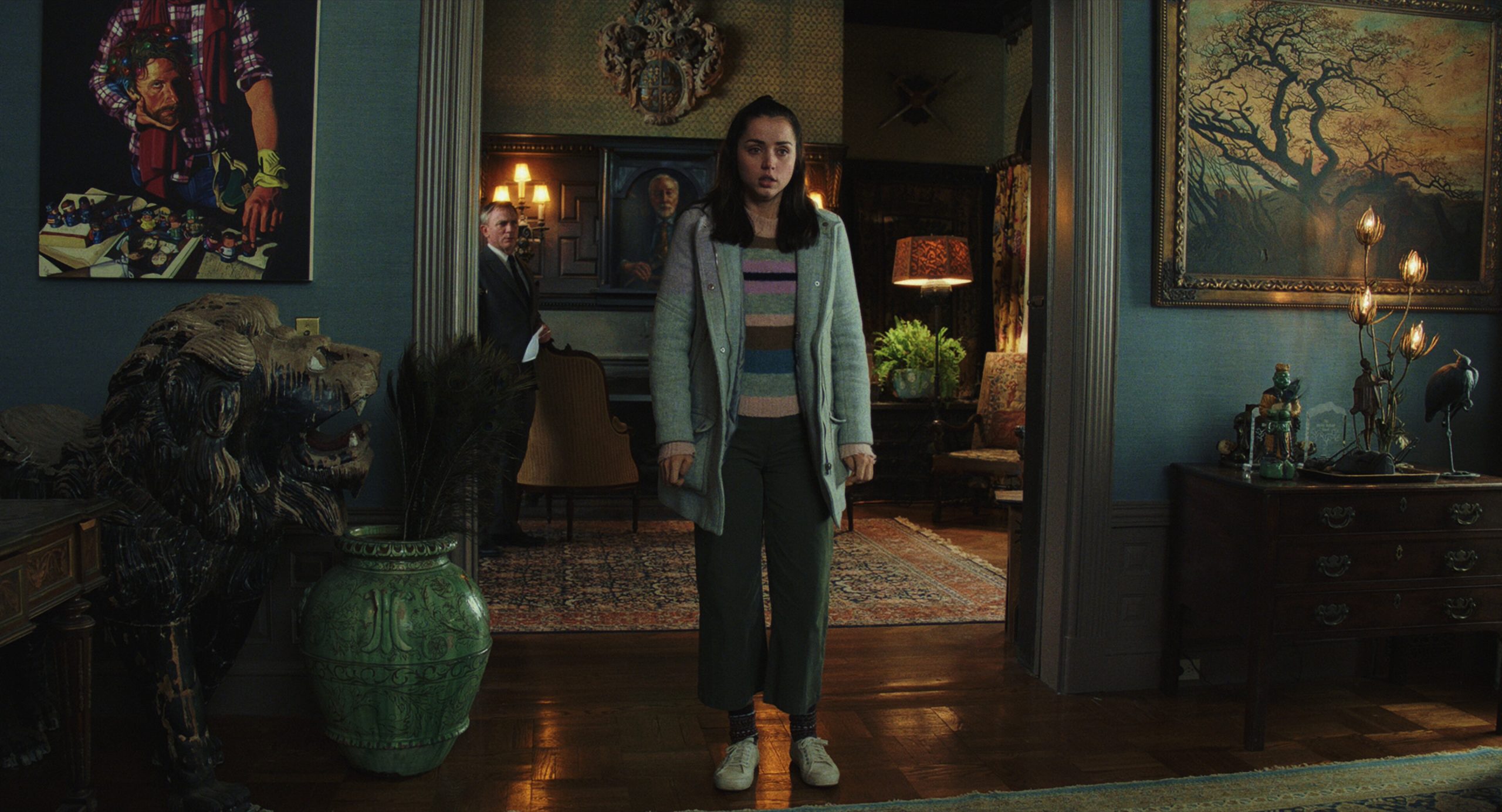 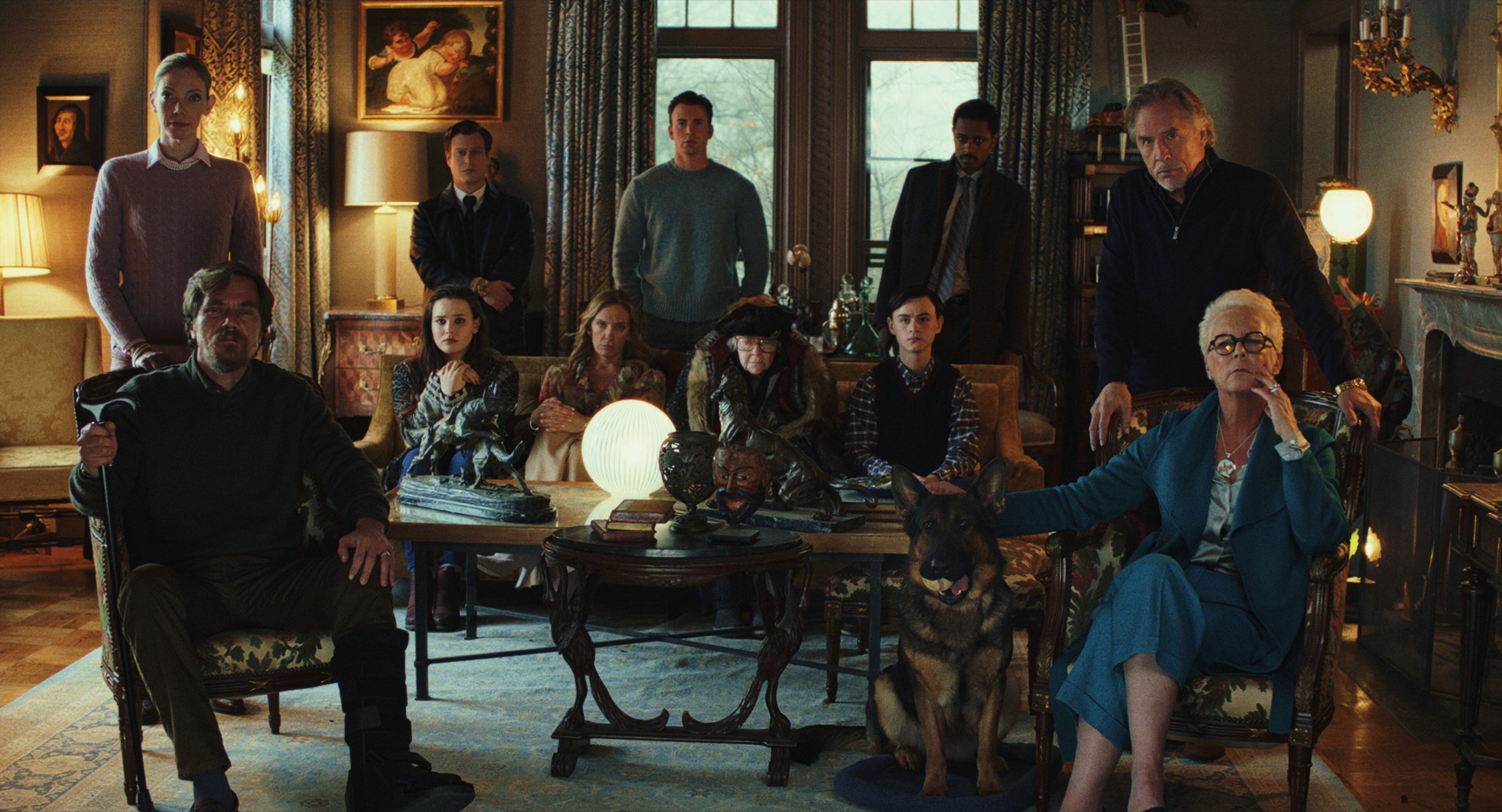 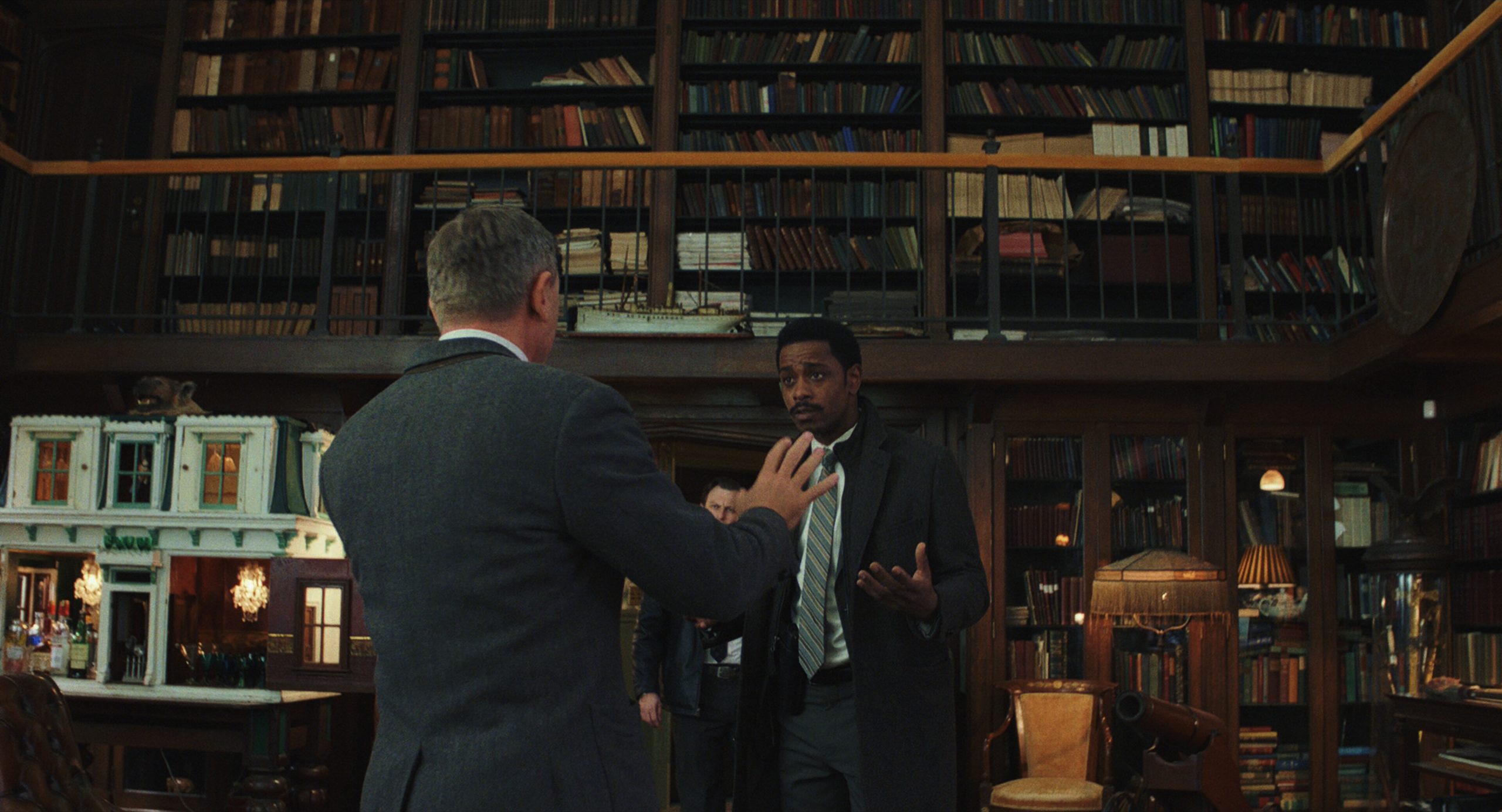 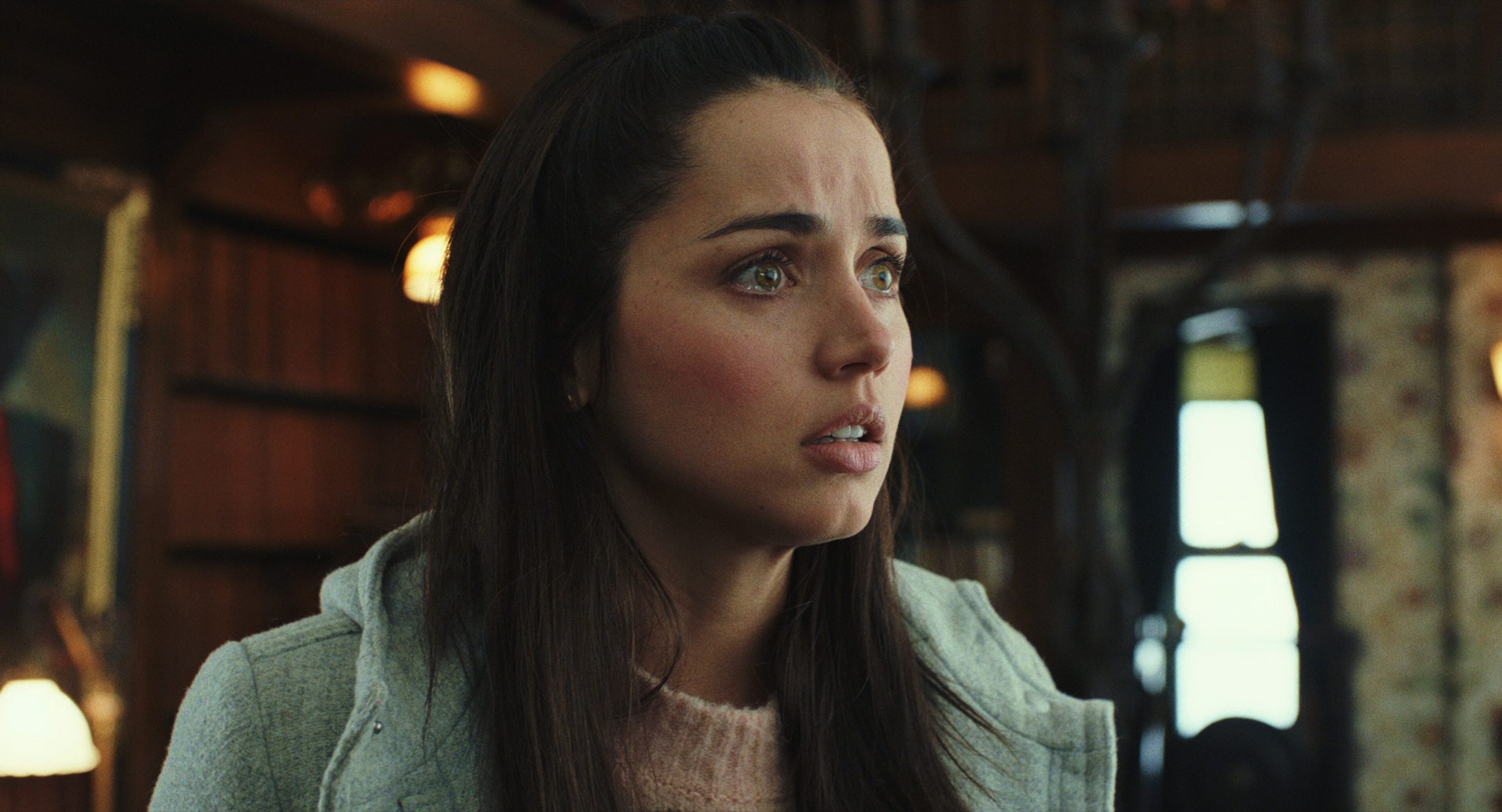 I do my best to know absolutely nothing about movies I’m going to see, but this is a bluray I bought because I did know something about it: It’s supposed to be a pastiche of classic British crime movies (and novels)? I love that stuff. I’m always up for some Marpling.

Oh! It’s by the director of that Star Trek movie? Hm… Well… OK… Oh, and Looper.

Eep. It’s two hours and ten minutes long? That’s not very British Mystery — the fun of those movies much in how they zip along breathlessly.

This is very 2019: It’s got alt-right Nazis (that’s a pleonasm) and no shots that last longer than two seconds and a vague timeline (we skip back to scenes in the past all the time) and it’s all so ironic because everybody’s telling the cops (and the necessary-for-the-genre private dick) something other than what we’re seeing in the flashbacks.

So… instead of a British mystery, it feels like a… Columbo episode that’s been edited in 2019.

It makes everything feels very slow and dumb, but with hyper-active editing to distract us.

But I’m enjoying the performances. The set design is overwhelming — every shot has so many details. Everything turns into mush, even on this 4K versions.

I’m waiting for a twist I’m pretty sure is coming (I mean, it’s obvious what it’s going to be, isn’t it?), and that is kinda annoying. Because this seems like a movie where a twist is coming.

Otherwise, I’m pretty much really bored by the entire thing. Occasionally, there’s a bit in a scene that’s funny: I mean, I laughed out loud at a couple of the bits, but it feels like it’s hours when it’s just … tedious. Perhaps if this had been forty minutes shorter, it would have been a fun movie?

There’s bits I like: Some of the shots are almost striking, and the performances are fun.

How disappointing. The twist was what I thought it was going to be. Well, some wrinkles were different, but basically the culprit and the reason why.