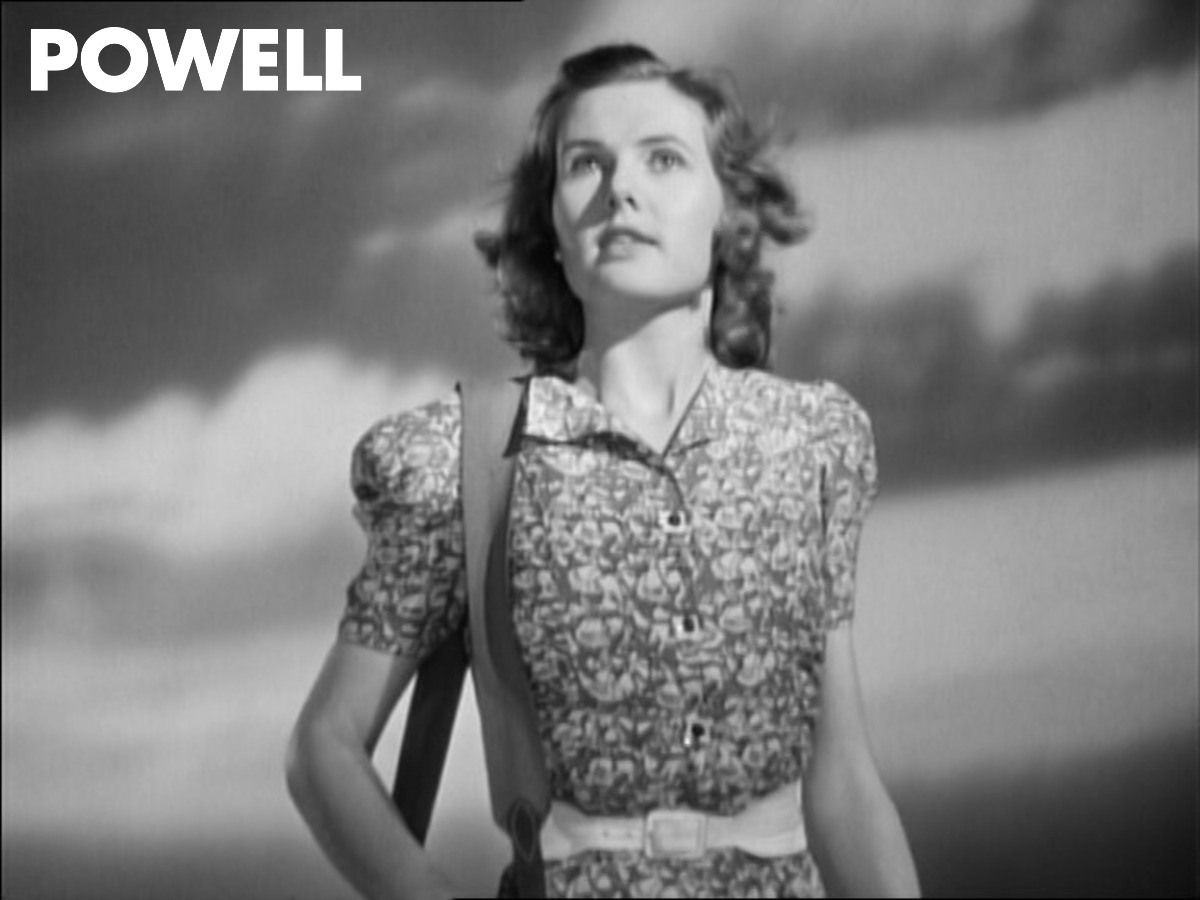 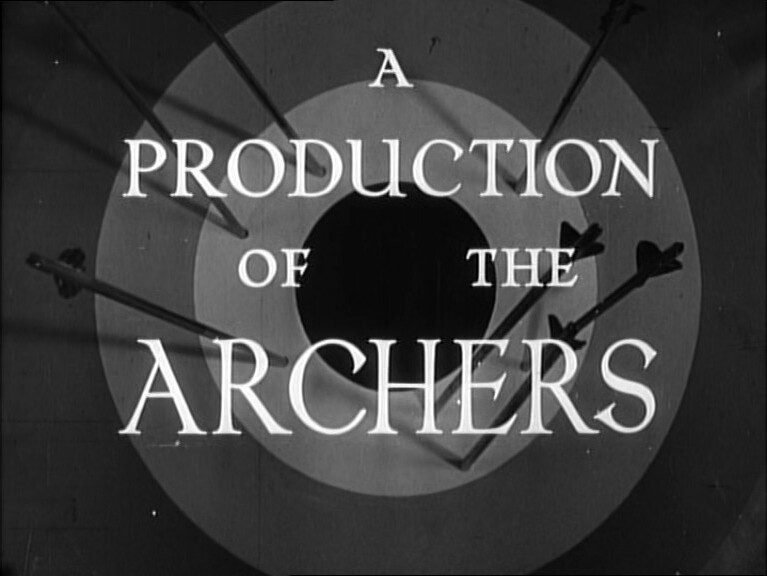 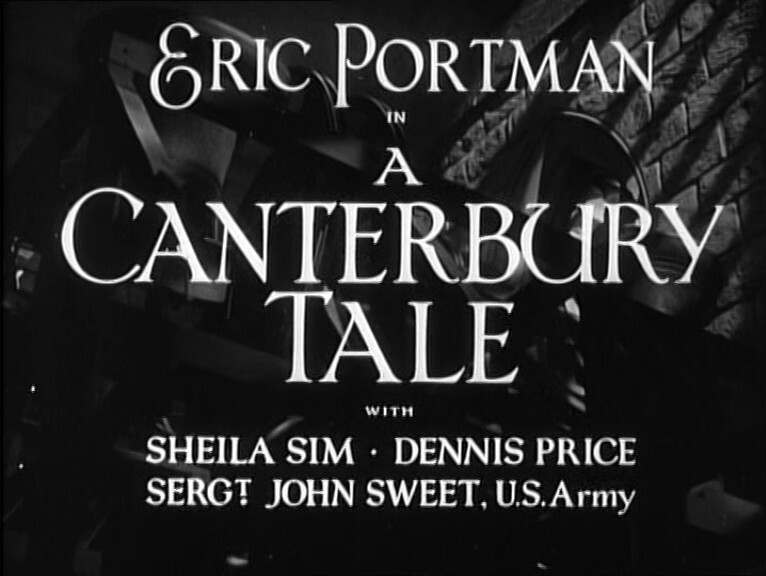 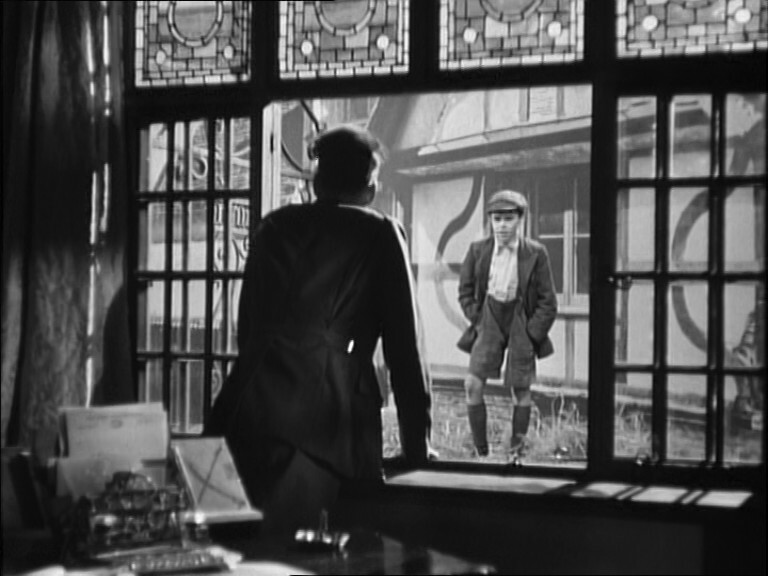 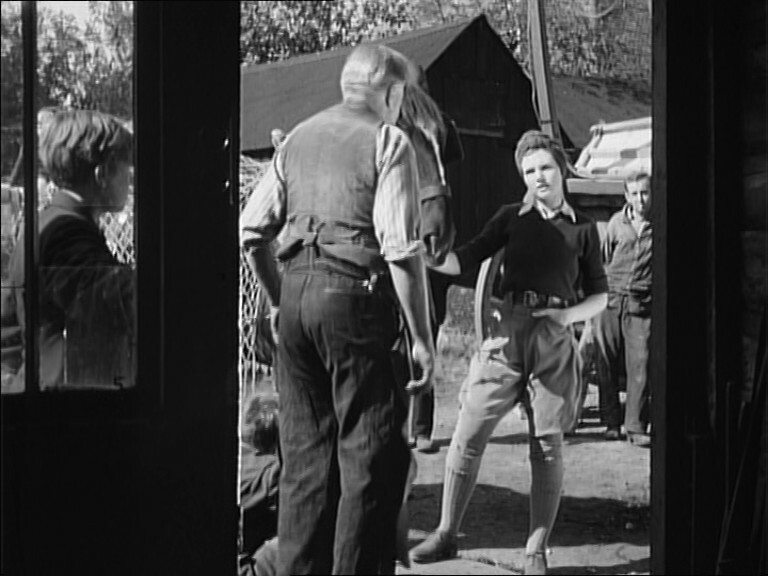 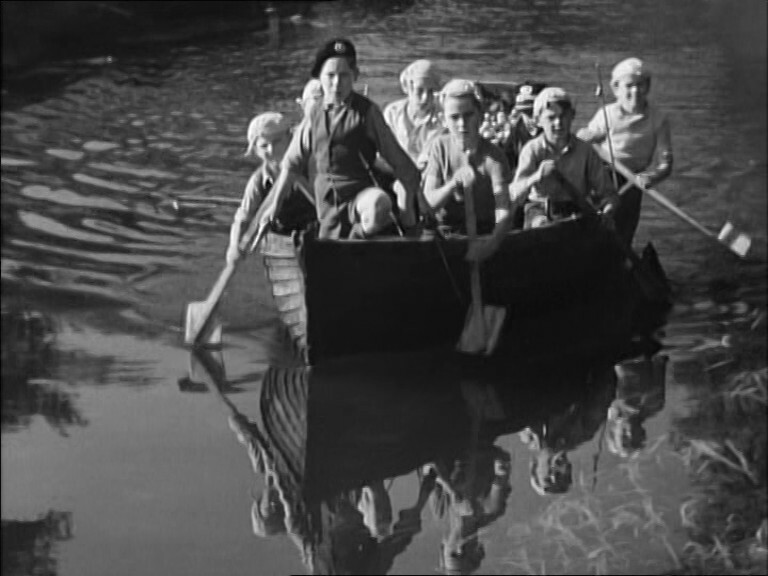 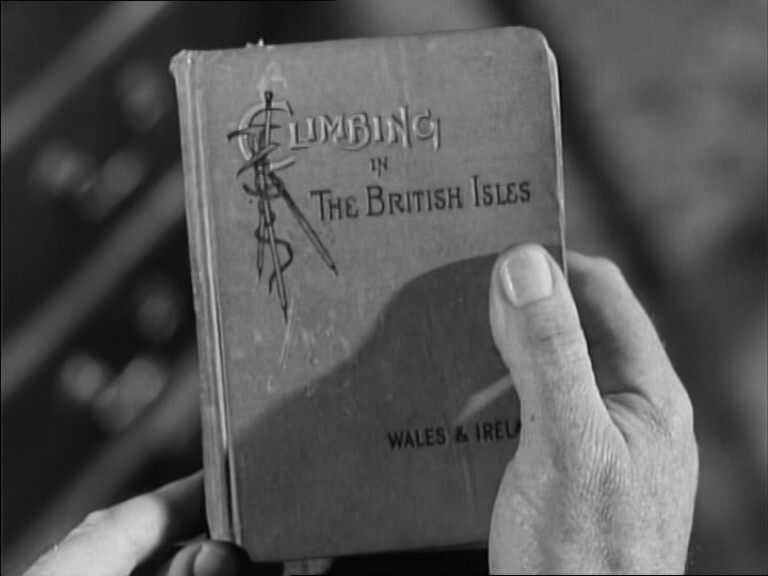 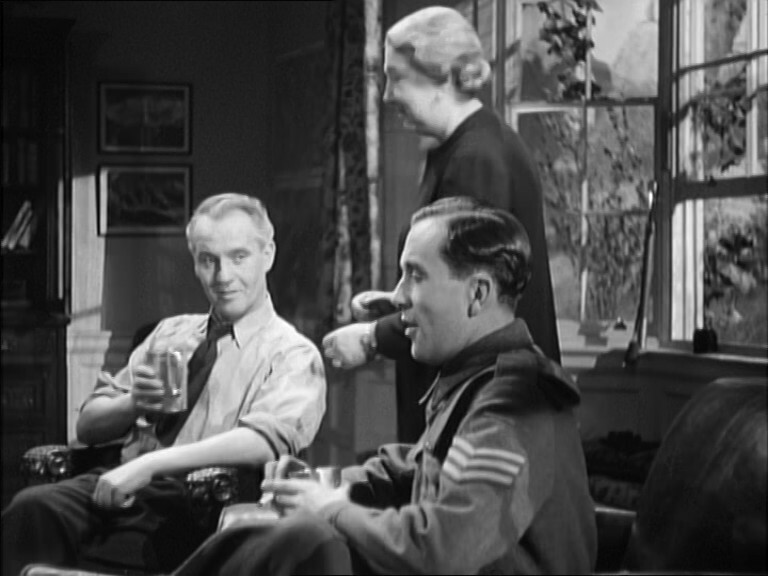 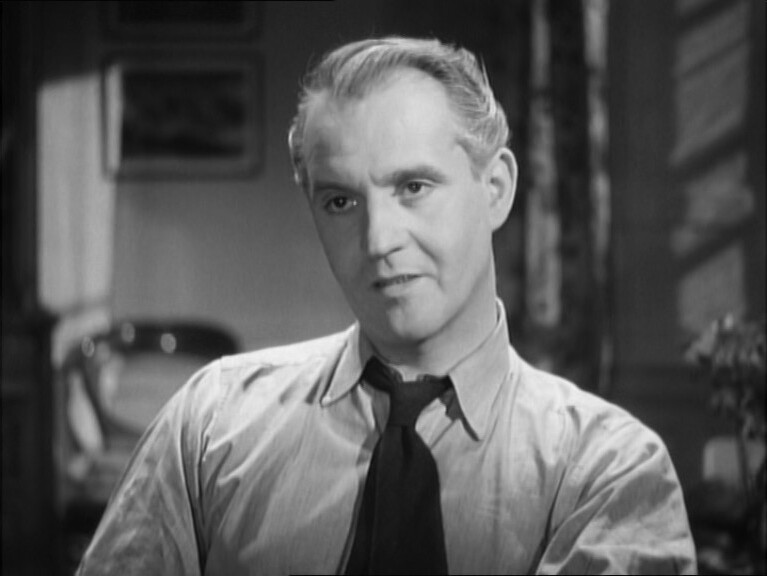 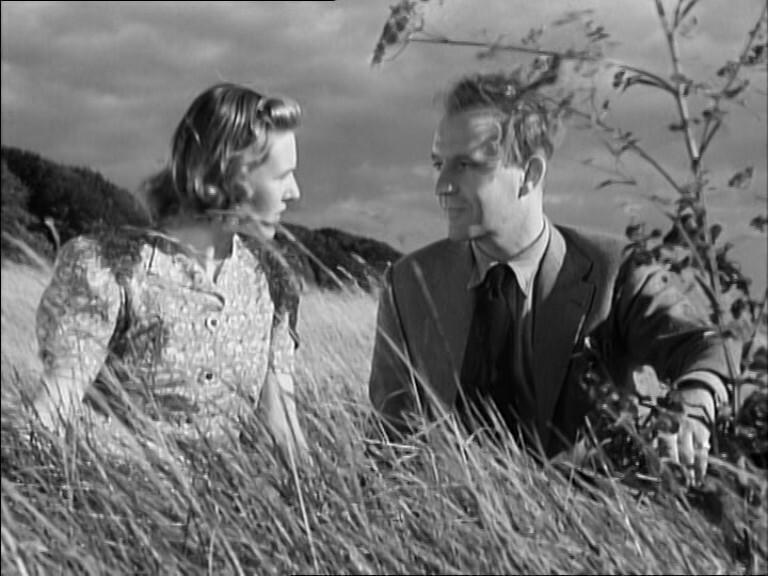 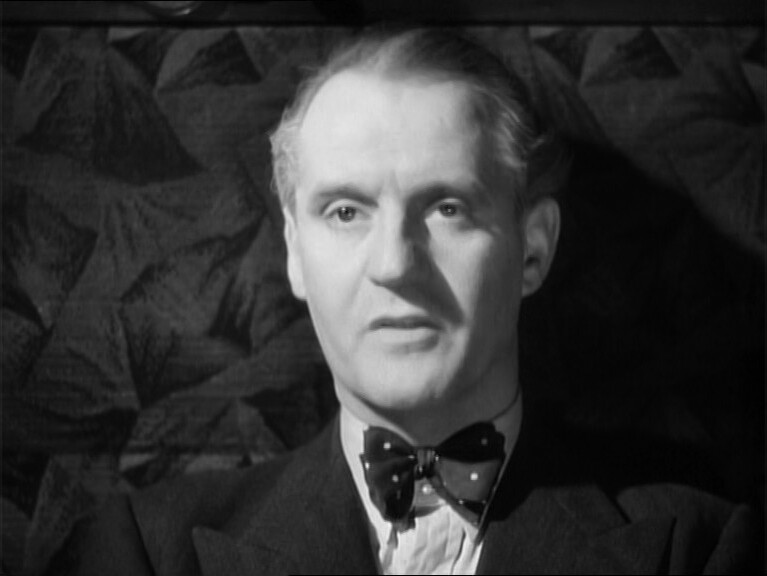 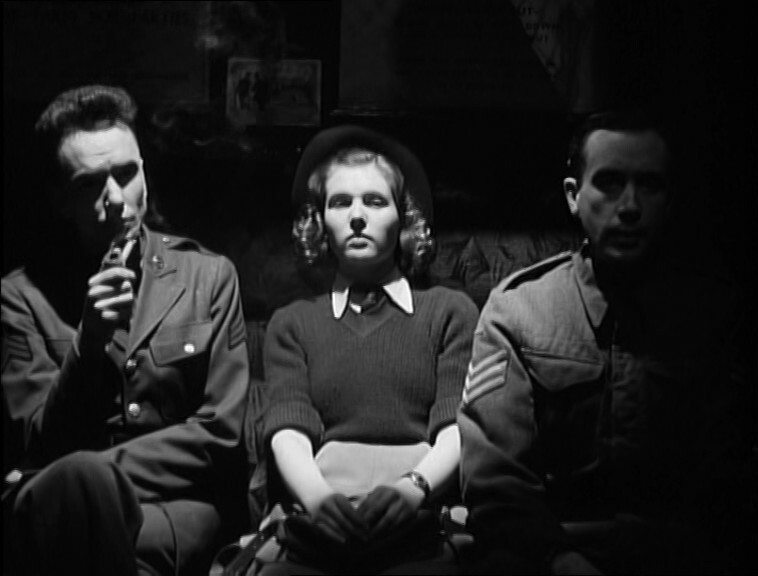 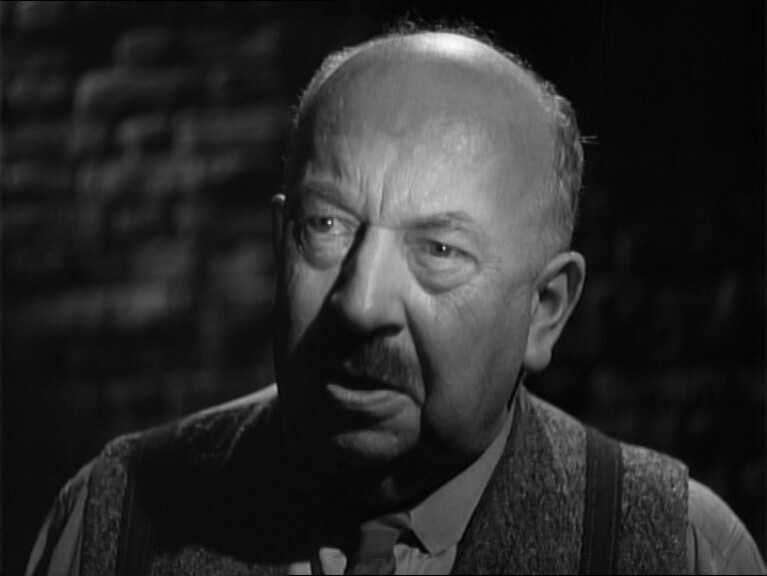 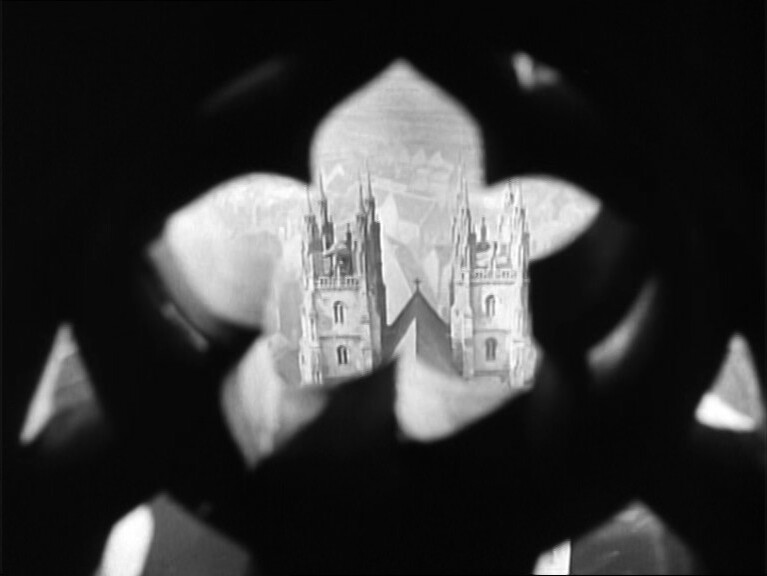 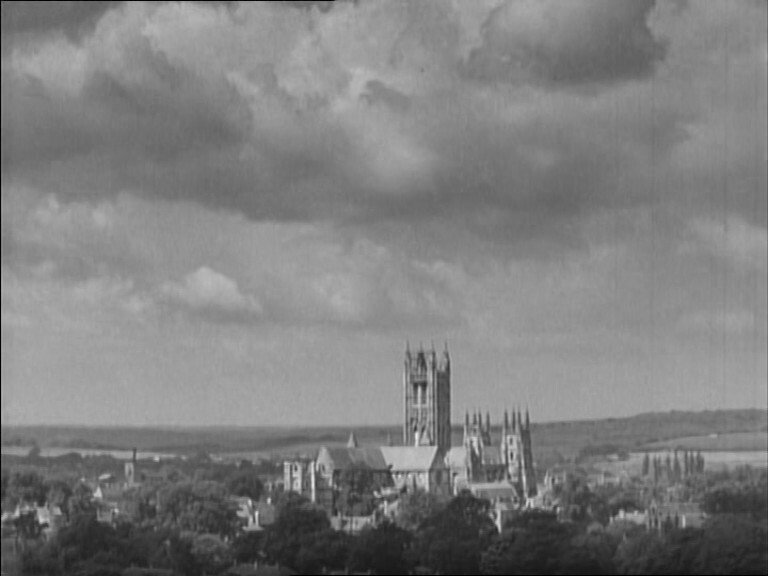 I’m struggling with this movie: It’s the sound that’s the problem. It’s not just that it’s crackly and stuff, but often I can’t quite make out what they’re saying. If I pump up the volume so that I can hear what the American is saying, all the En-Un-Cia-Tion by the Brits blast my ear drums.

And it’s just a very odd movie — it starts out like one kind of a comedy, and then turns into a quite different type of comedy.

I’m finding it hard to concentrate. Perhaps I should find some pirated subtitles…

I couldn’t find any subtitles for this specific version, but I found a version for a version that’s a bit longer? A different frame rate? So now I can turn the volume down a bit and lessen the eardrum rupture…

This is a very difficult movie to screenshot. Most of the frame is usually out of focus… did they only have a single f1.4 lens or something? I mean, it’s a wartime cheapie movie to keep morale up, and there aren’t many… technical… qualities here.

The action (what there is) is pretty amusing, but the actors seem really… stiff? Yeah, stiff. Were all the good ones off killing Germans?

Although the film initially had very poor reviews in the UK press, and only small audiences, the film became a moderate success at the British box office in 1944.

The film was the first production of Powell and Pressburger not to be a major box office draw.

Makes sense. But then:

The film was fully restored by the British Film Institute in the late 1970s and the new print was hailed as a masterwork of British cinema.

I feel like there’s a [by whom?] missing there.

Well, the feeling of having an awl in my ear whenever a particularly British person was speaking kinda dimmed my appreciation for this, but it’s also just a very messy movie. I could possibly have appreciated that more… it’s apparently a movie that many people like, and I can sort of see why: It’s got a real nostalgic thing going on, and it’s showing real, actual scenes from a bombed-out Canterbury, so I assume that it has lots of sentimental significance for people. 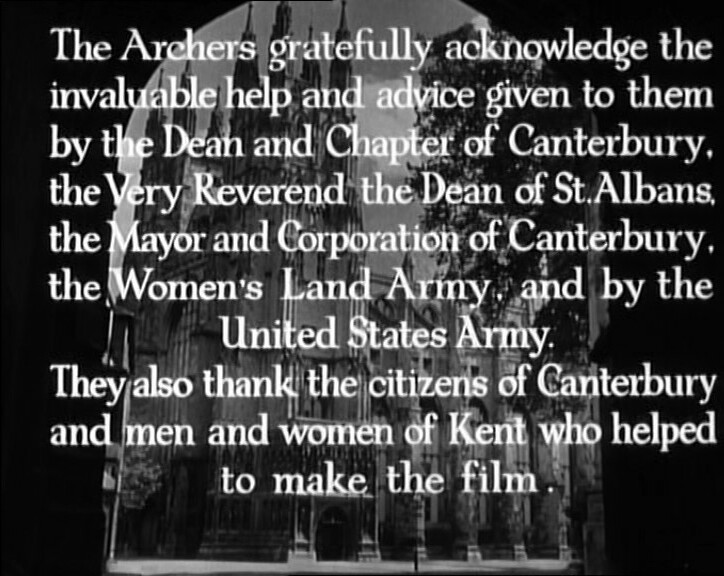 But I just couldn’t get into it: The auto-of-focus er “cinematography” and the er “actors” and the er “plot”…

Your mileage will vary.