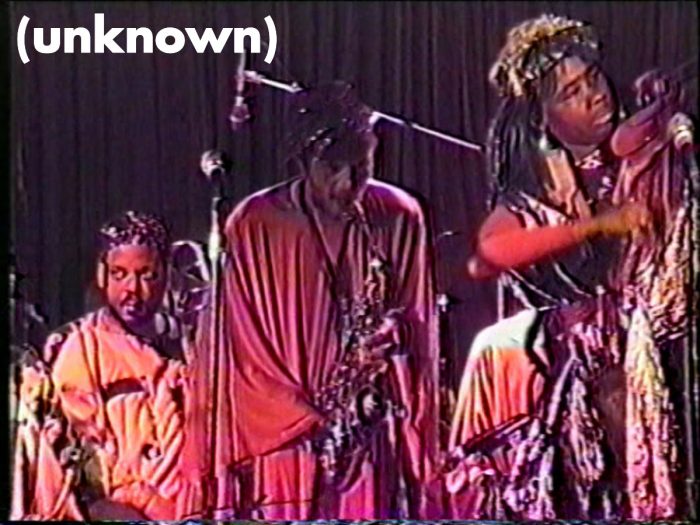 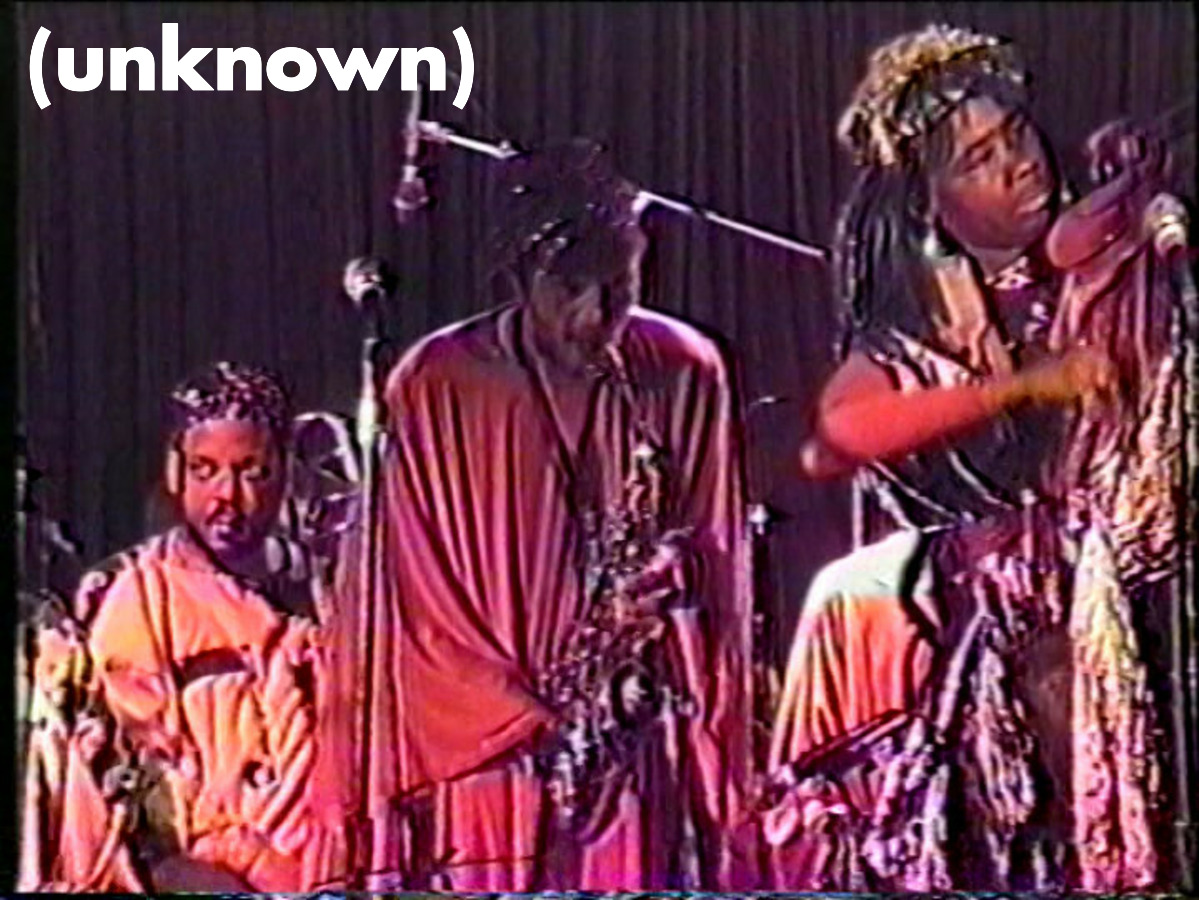 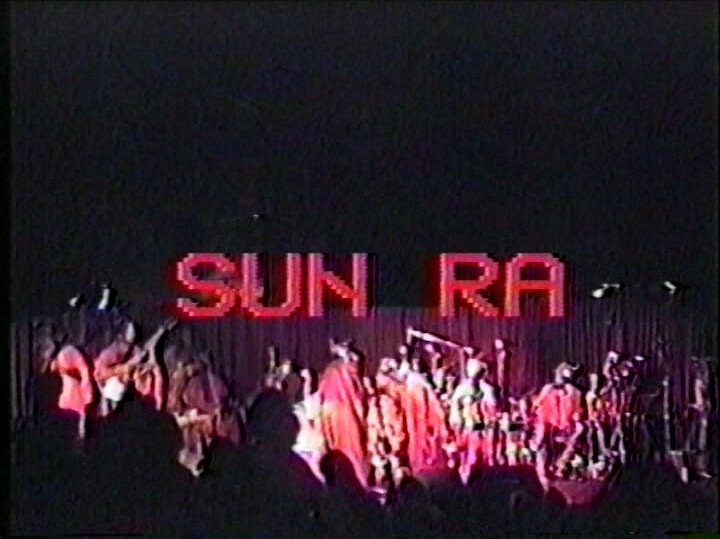 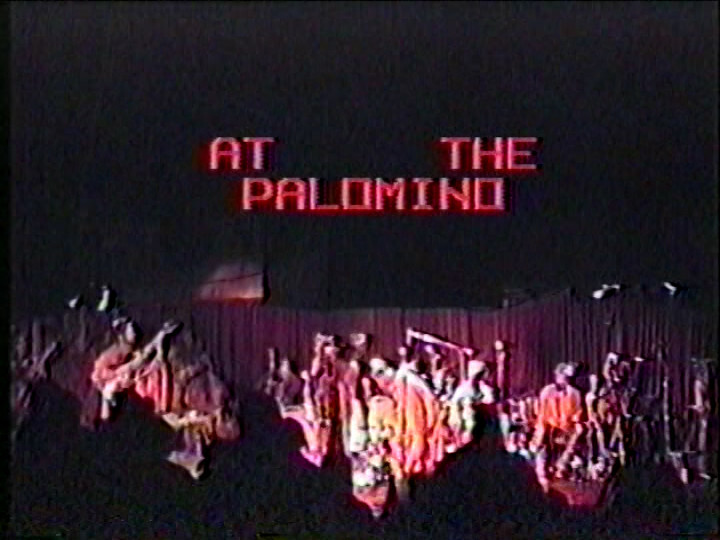 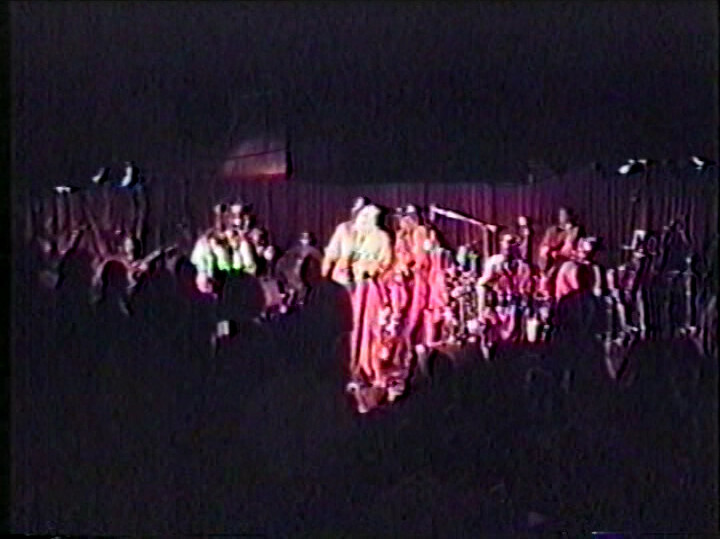 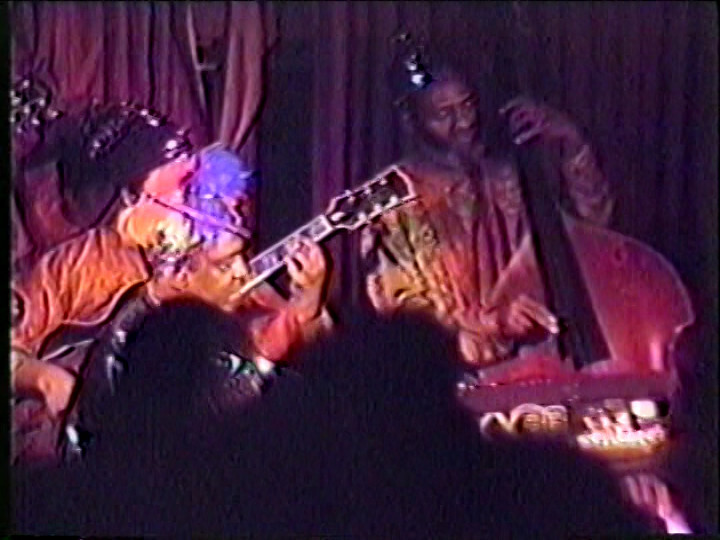 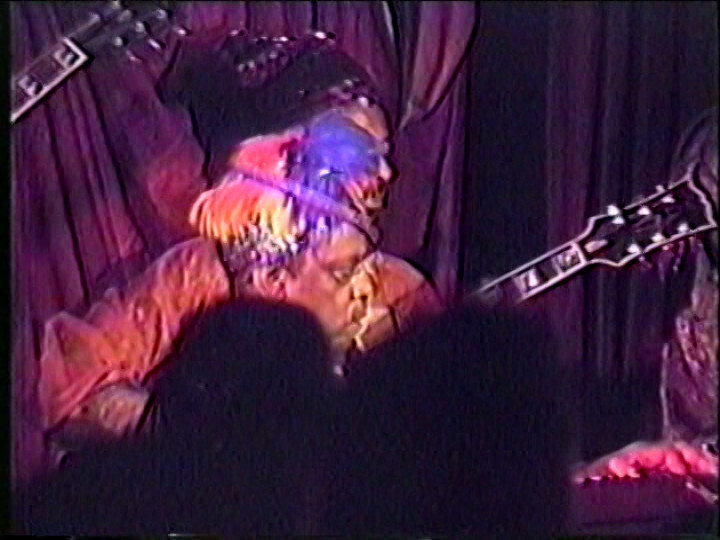 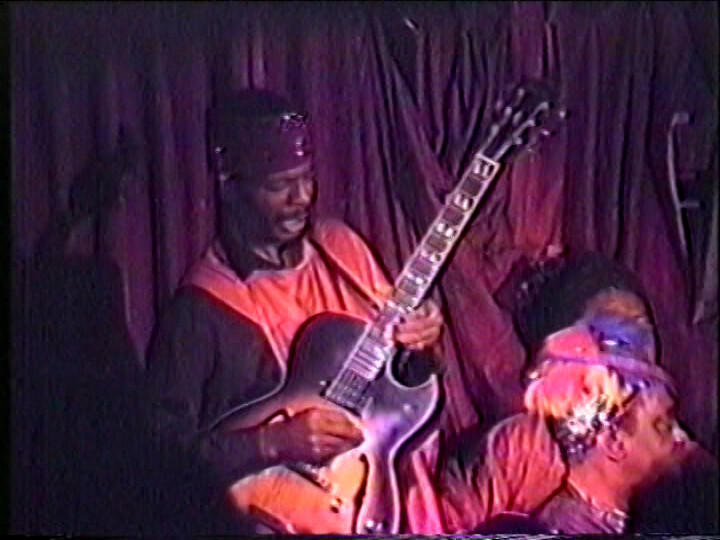 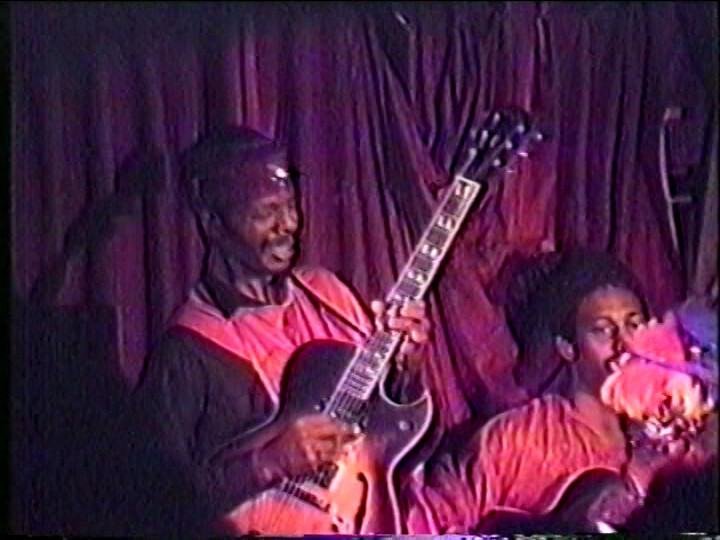 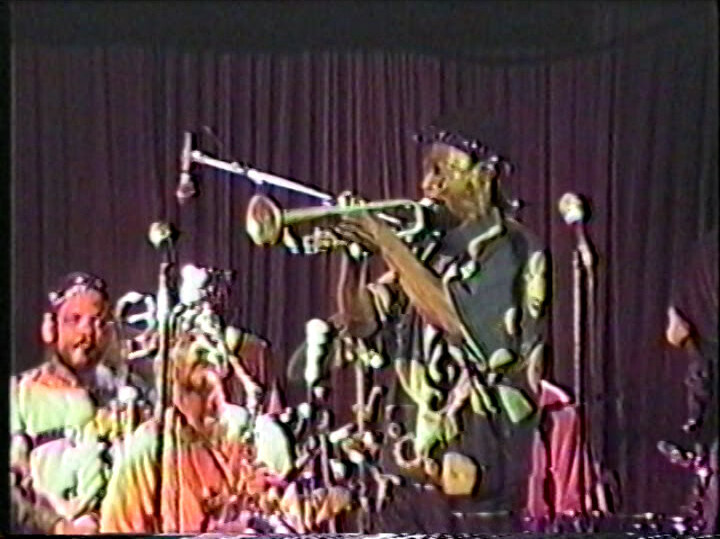 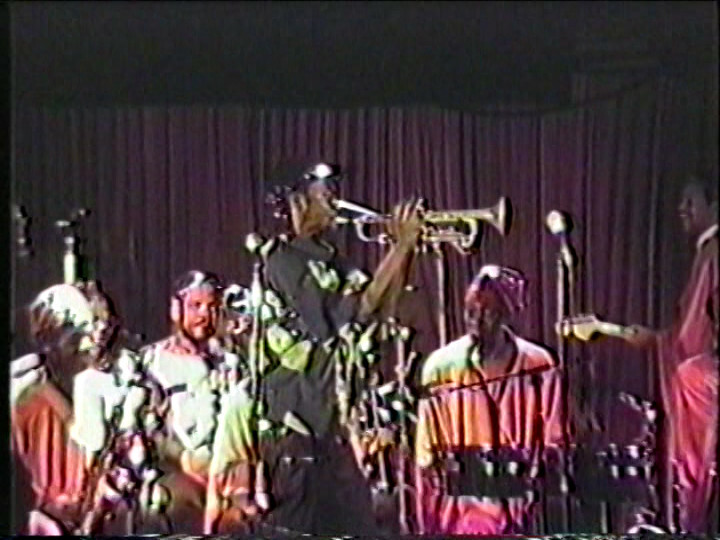 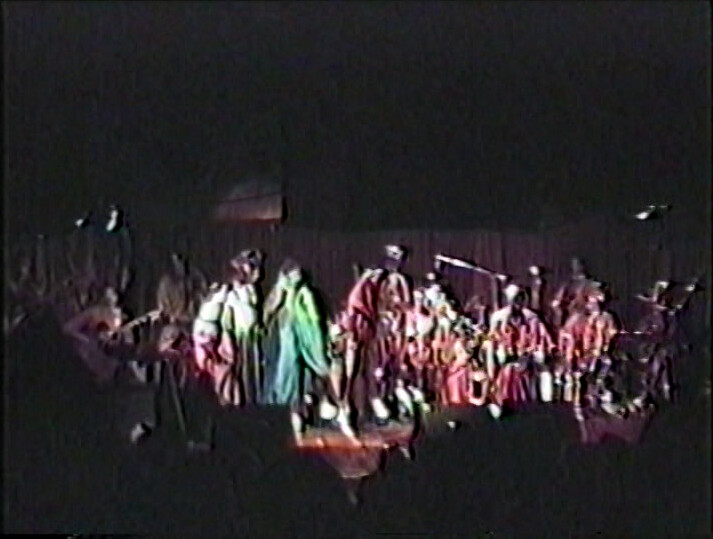 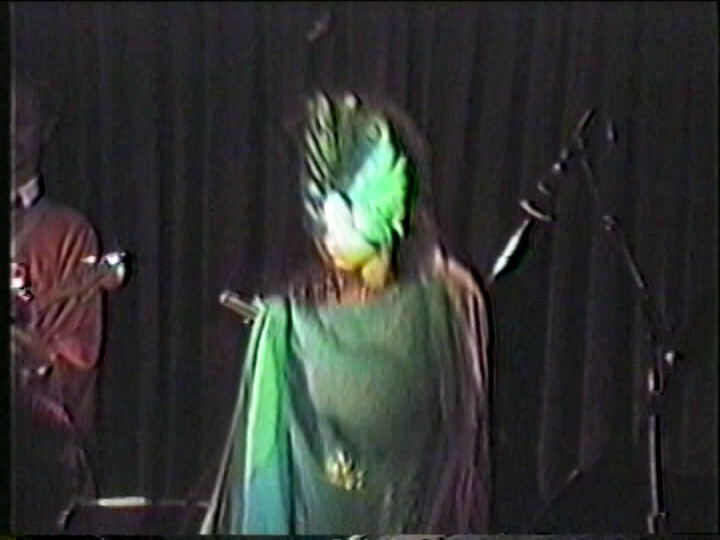 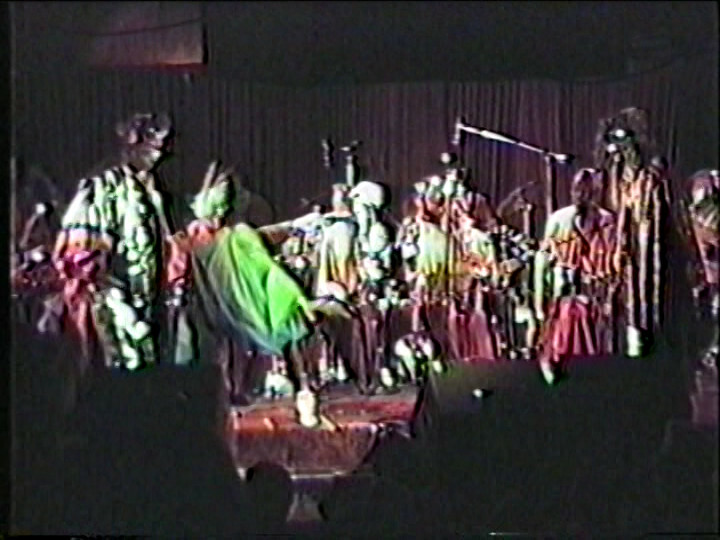 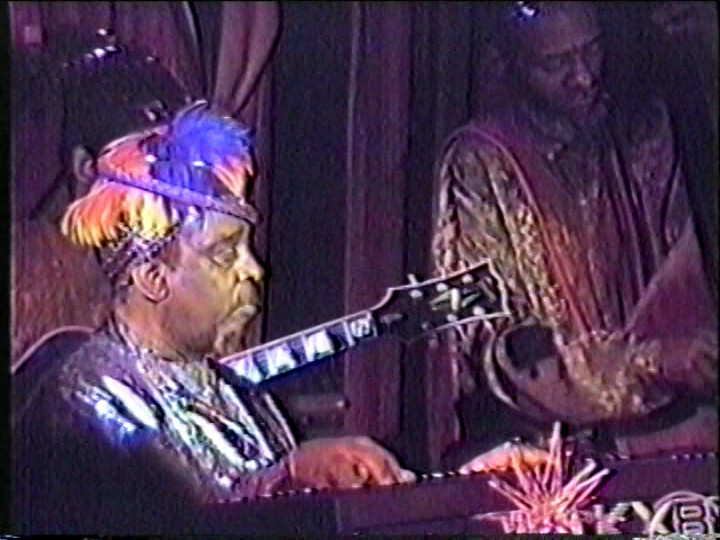 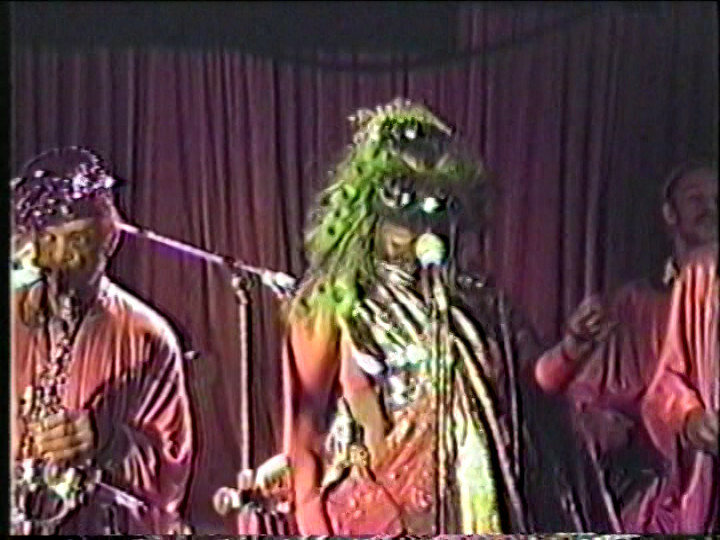 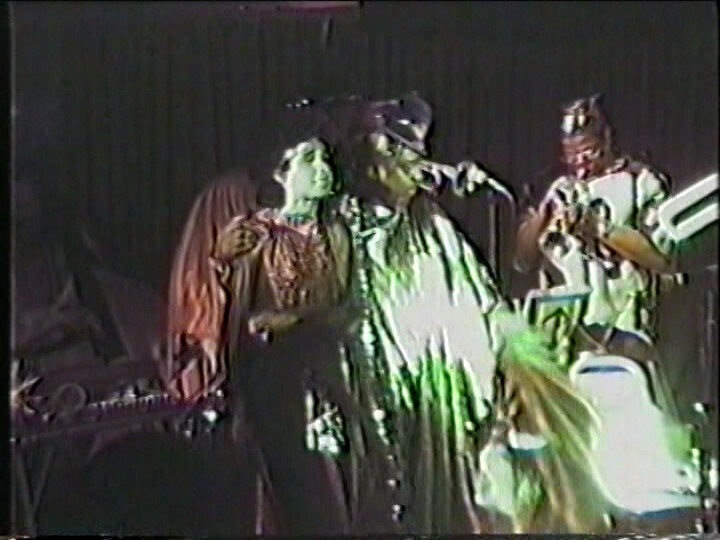 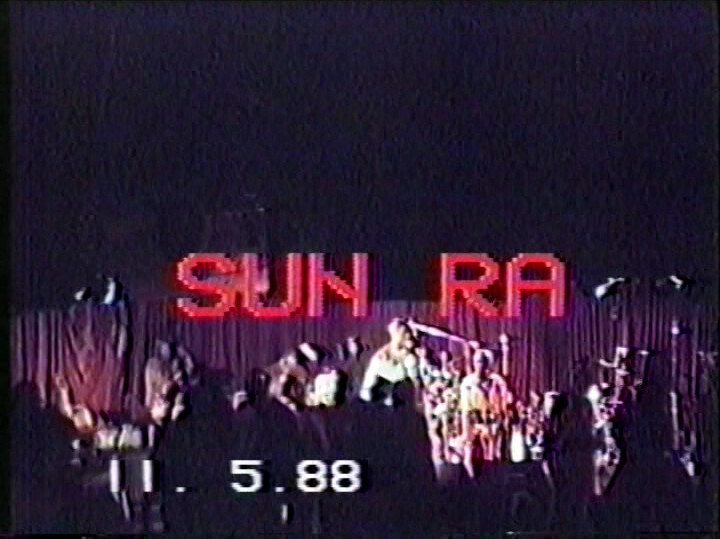 Oh, this is a concert DVD I bought er some years back. Is this from before he died? I’ve seen a bunch of Arkestra concerts, but I with Sun Ra…

Yes! There he is!

It looks like this DVD was sourced from a VHS tape… and it’s just filed with a single stationary VHS camera? Well, OK. The audio quality is fine, anyway; must be from a separate source.

Nope!!! There the sound went, and then came back… it’s all from a VHS.

I love this. Wish I had been there.

It has a lot more of the standards than I had expected. I thought they did more of the out-the cosmic stuff in the 80s, but there’s a bunch of bop and earlier jazzy things here. I like that stuff, too, but I’m surprised.

I’m just wondering… why is there just that one cool guy in front there dancing? WHY AREN”T THOSE OTHER FOOLS DANCING!!!

But it’s a tragedy that so few of his concerts were filmed in any proper way. I guess it’s a triple whammy of racism and homophobia and jazz.

I had meant to have this on while doing some email and stuff, but I’ve found it hard to move my eyes down from the big screen up there. 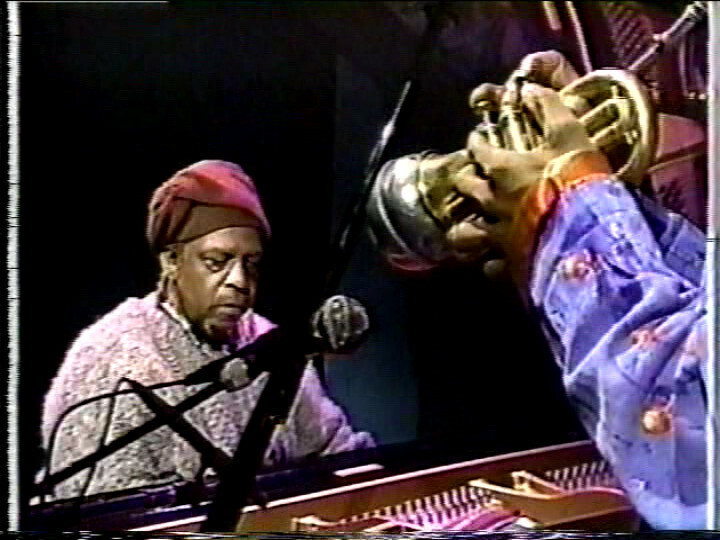 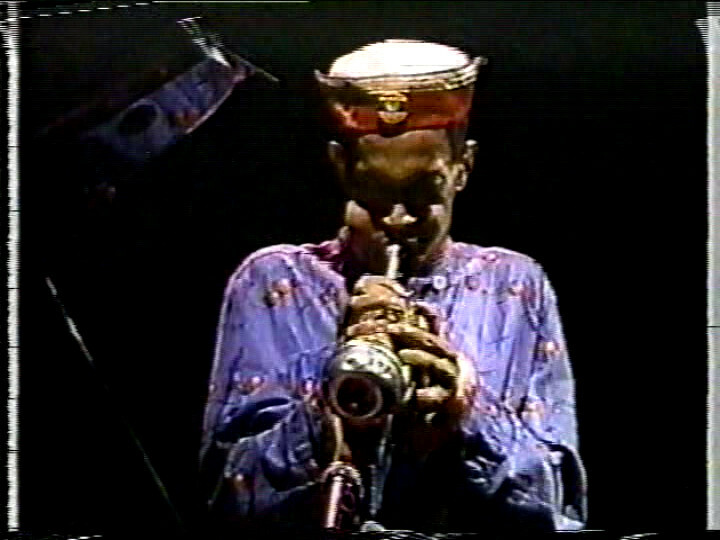 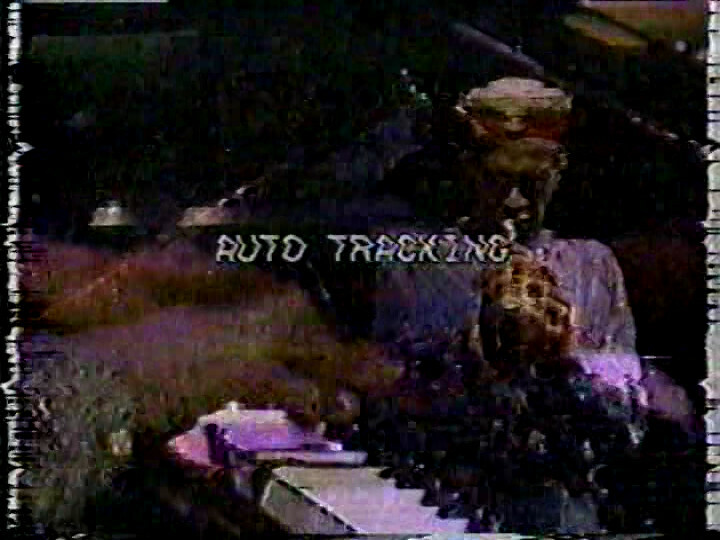