Oh deer. Another Justin Lin take of The Fast and the Furious. 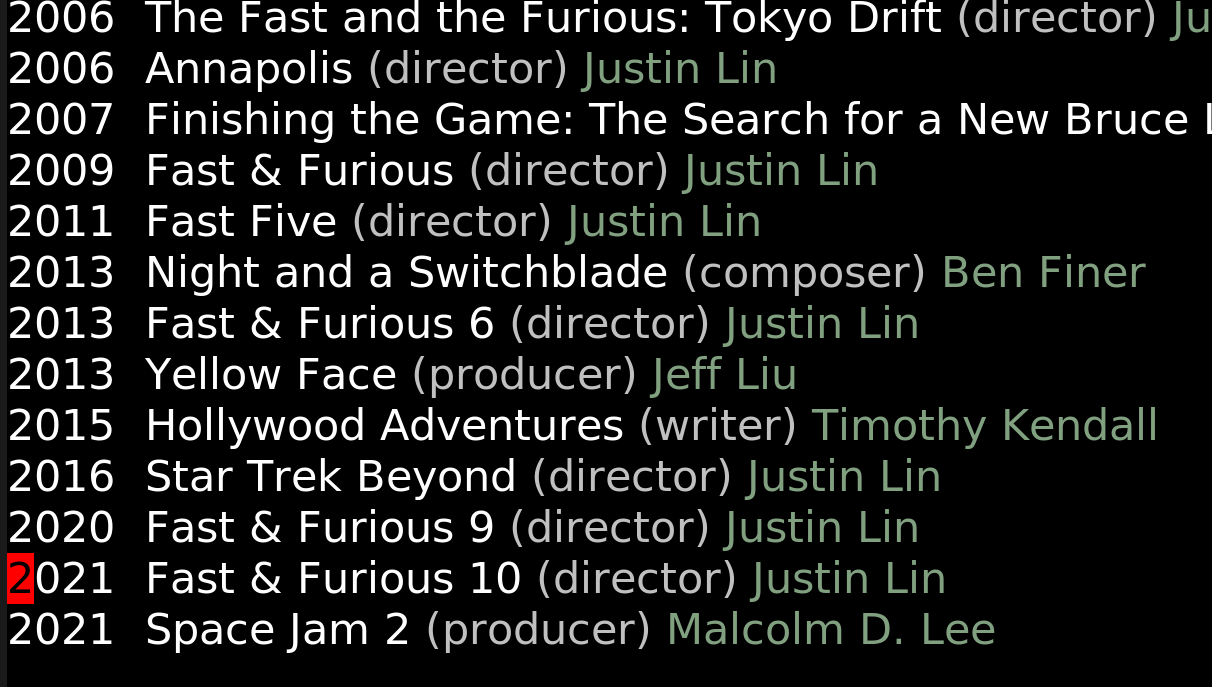 Oh fuuuuuck! Lin does them all from now on out, except number seven? Hollywood is so unadventurous — he’d delivered two F&F movies that (one of them vaguely) made money, so he gets to own the franchise?

OK, I guess that paid off here, with the studio taking in several hundred M…

Perhaps this’ll be a good one, then? 50% bigger budget than the last one.

Well, there was a fun action scene, but now it’s all… The Rock flirting with a cop in Brazil. I don’t know why, exactly.

My standard joke about character development in movies is “You’re not my father! You were never then when I grew up! *development achieved*” Guess what just happened here:

That’s a variation, at least…

But this F&F movie is the best since the first one. At least so far — it’s got a good heist thing going on, and all the gang’s together again…

[an hour or so passes]

This is such a good-natured movie! Finally they’ve got the chemistry back from the first movie after a streak of movies that were difficult to care about. This one also has got a lot more and more fun action than the previous movies, so it’s no wonder that it’d go on to gross 2x the previous movie and 4x the one before that. Lin is coming into his own, balancing out the scenes a lot better: You can actually tell what’s going on, even when there’s a lot of action.

This was what I imagined one of these movies would be like! It’s fun! It’s exciting! It’s got a heist plot!

I think this may be the best movie in the series, so far. (I.e., it’s perhaps better than the first one? And the three other ones are execrable, so…)