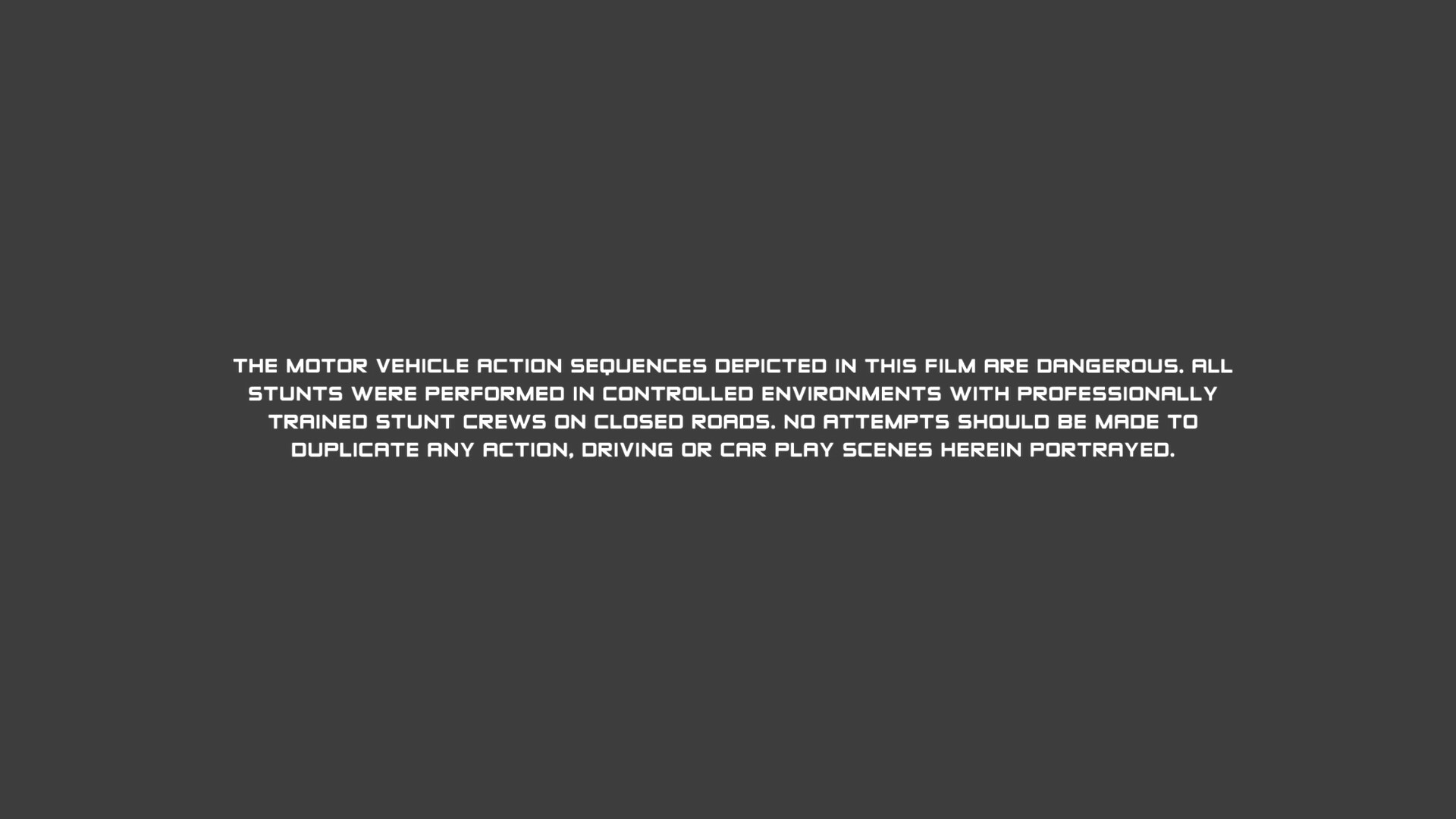 This movie starts off as a sci-fi thing: A grown man steps through freestanding security gates to get into… something…

… and there’s like other guys in funny costumes there too? His clothes seem to point to him being in his 40s, although he looks otherwise like he’s in his 30s. There are some strange towers in the background… are we in the year 2525? Are they going to the moon?

What kind of sci-fi is this!!?

No, he’s just a high school student, and the year is 2006. That’s him being in high school; in car shop. 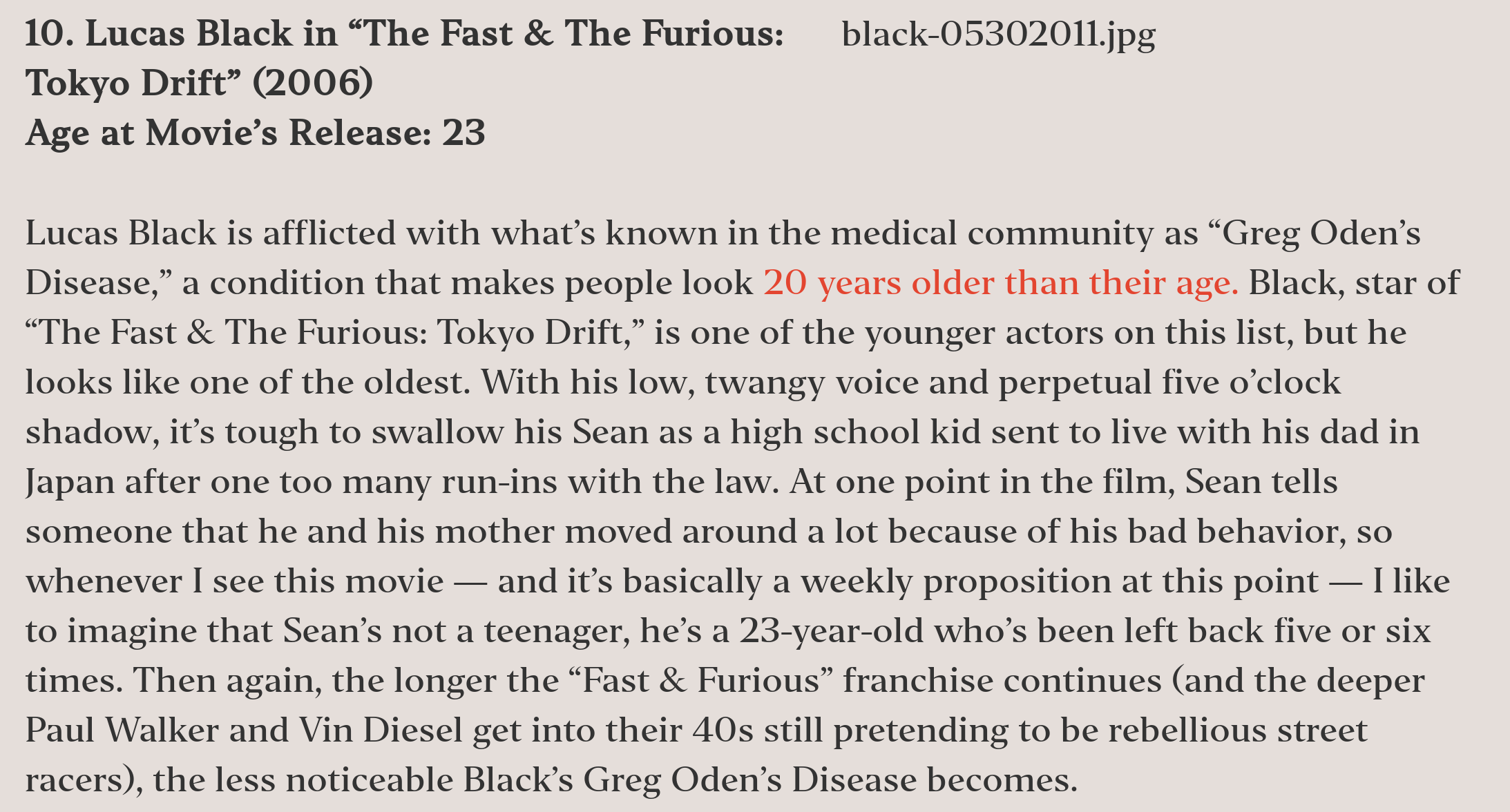 Him being left back five or six times makes the whole thing make a lot more sense.

Well, actually more minutes passed, because I took a break to tidy up the kitchen, but now I’m back.

So there’s no characters from the first two movies in here?

I now looked up his age, and he’s just 24 here, which makes me ashamed of calling him geriatric, but it’s too much work editing out that shit. SORRY!!!

OH MY GOD HE”S IN JAPAN AND THEY EAT WEIRD STUFF OH MY etc.

It’s kinda disturbing how the movie shifts from vibrant colours in some scenes to tightly colour-graded stuff (like in the car park) where everything is grey/teal.

It’s a better movie than the second one, but it’s a really really bad movie. 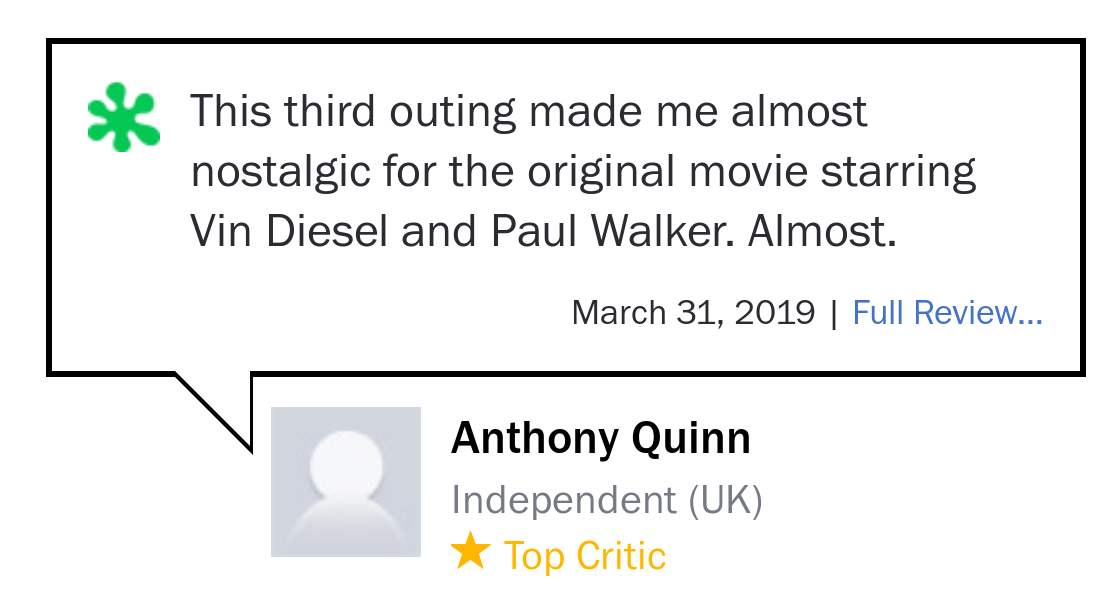 This is a really bad movie, but it’s not quite as bad as the second one, I think? They are both really tedious, so perhaps it’s a mistake to rank this over that one…

The tomatoes agree that it’s marginally better. Which makes me suspicious, but anyway.

I wanted to watch something easy and stupid, but now I’m starting to regret watching Fast & Furious.