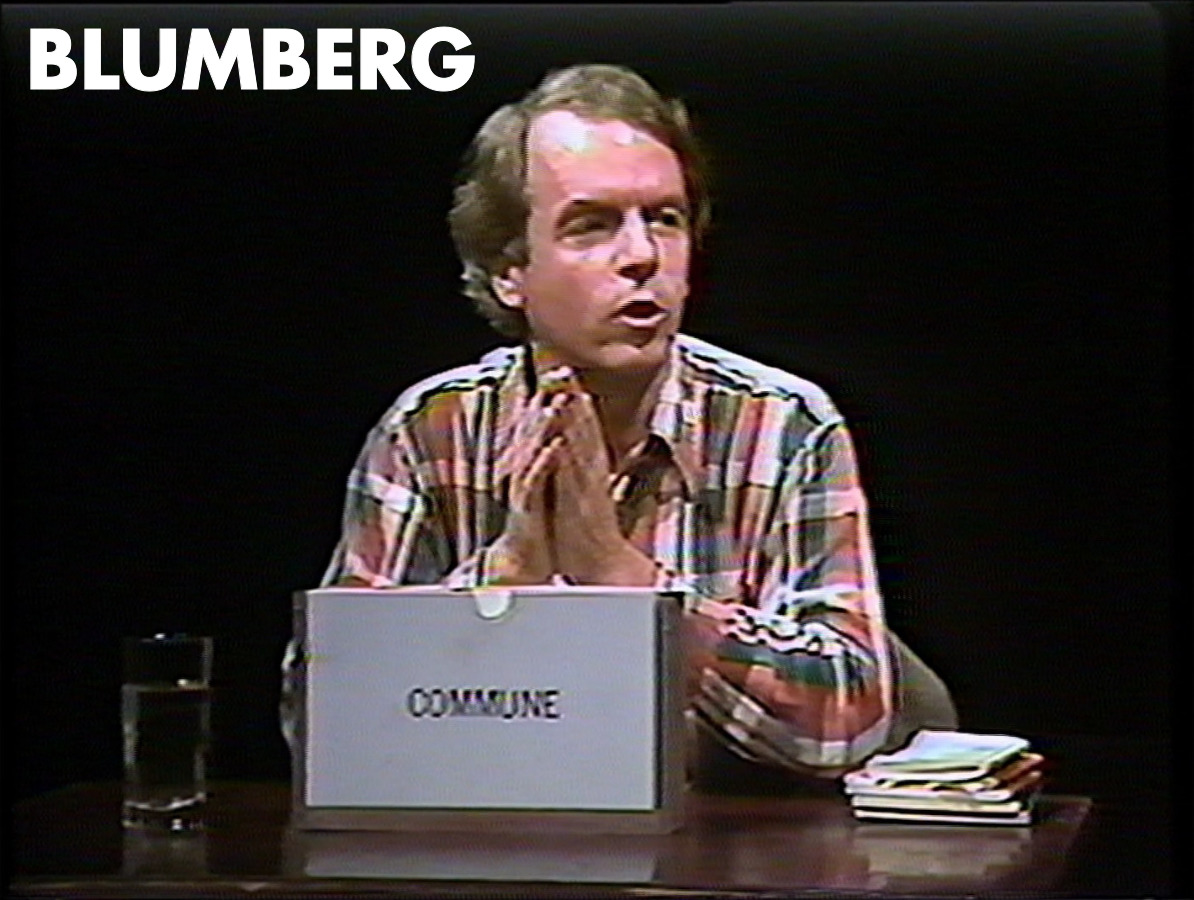 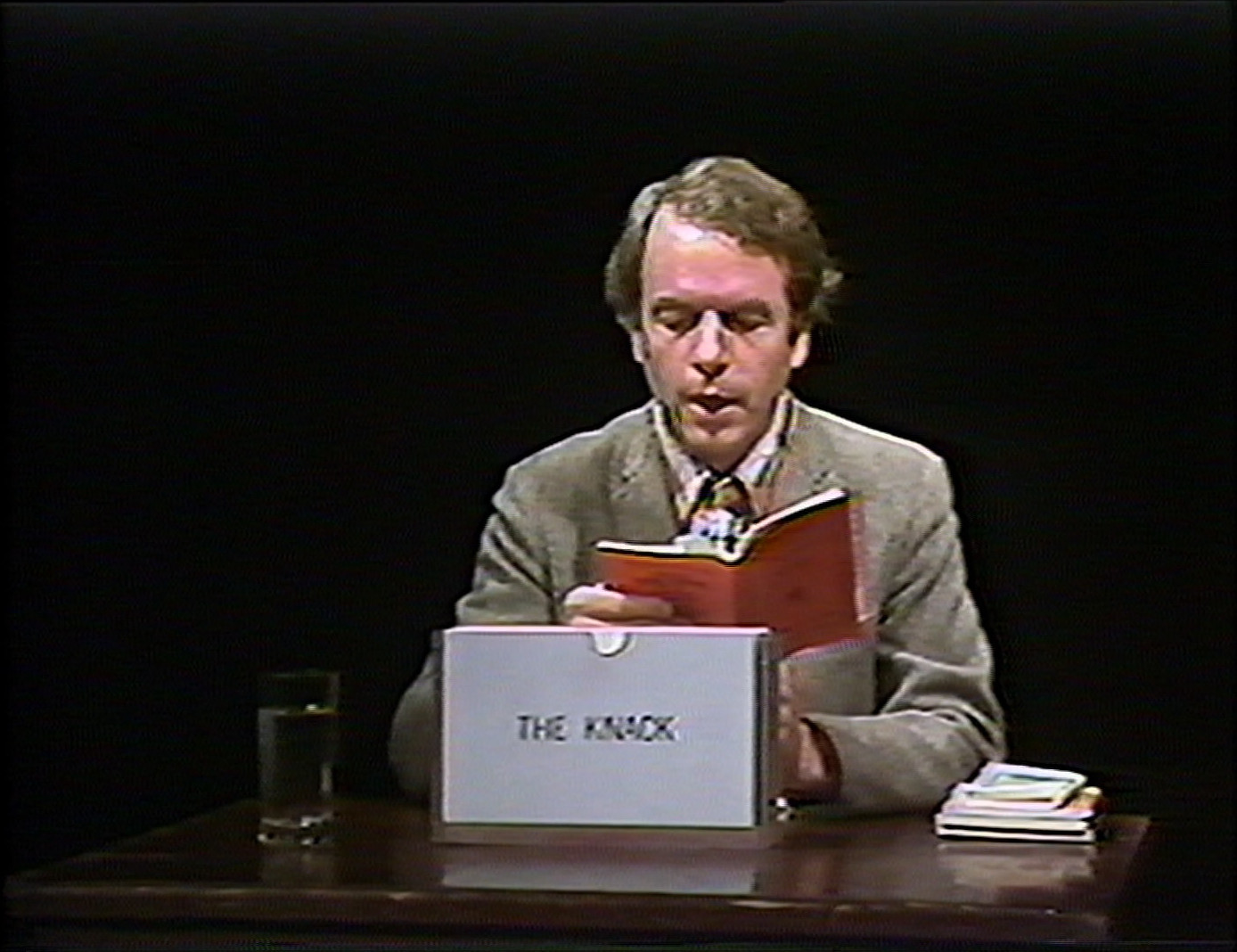 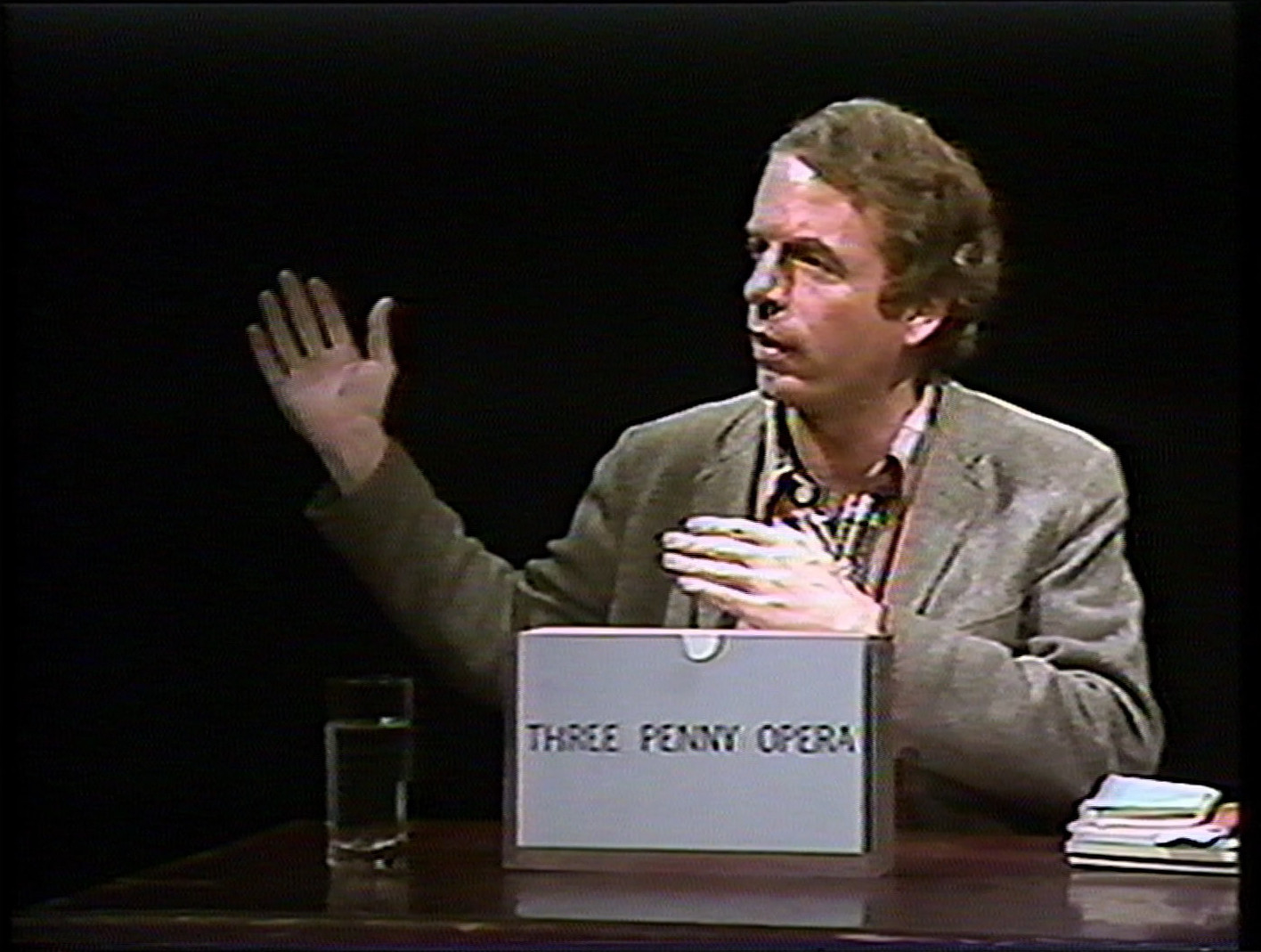 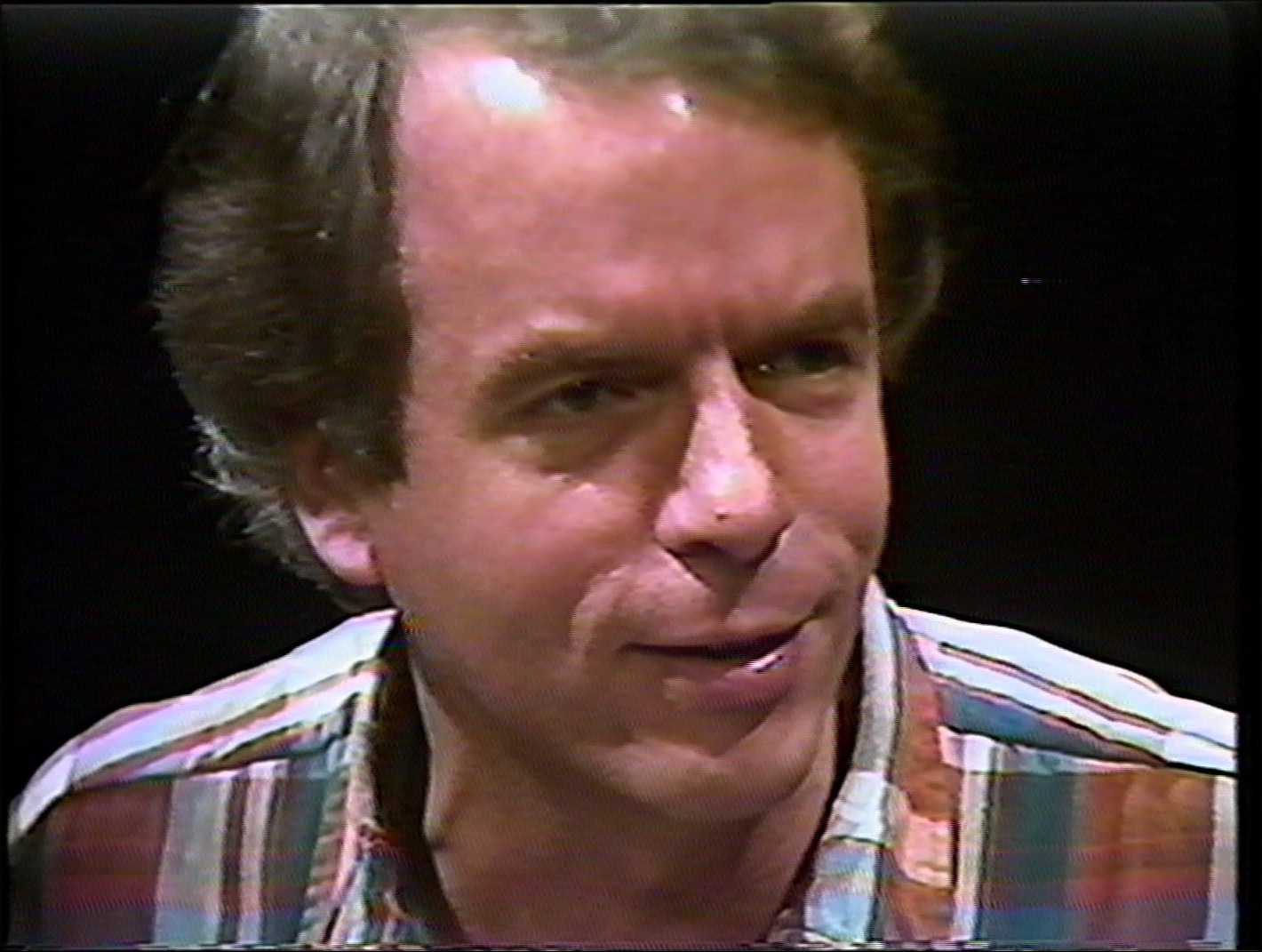 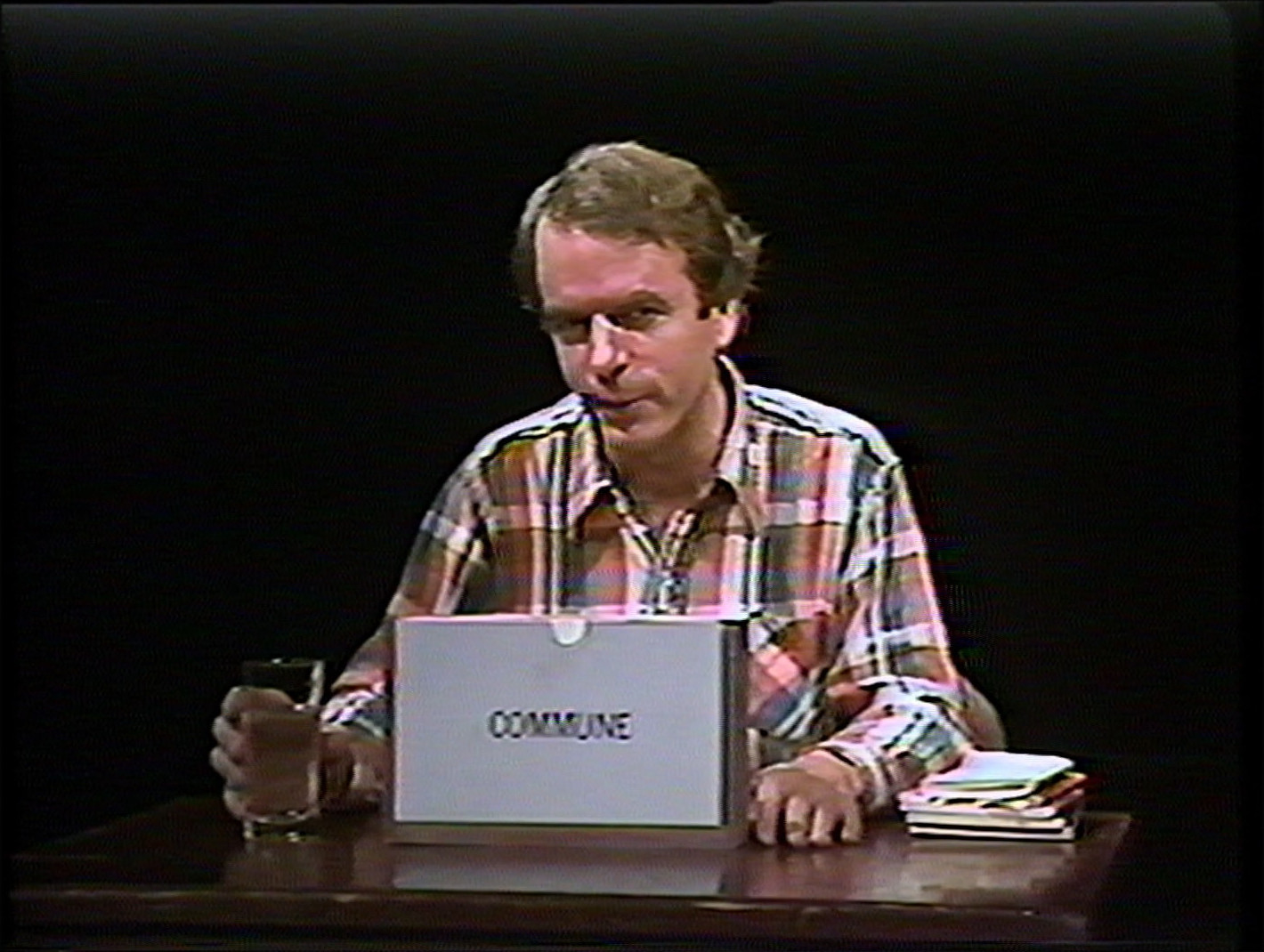 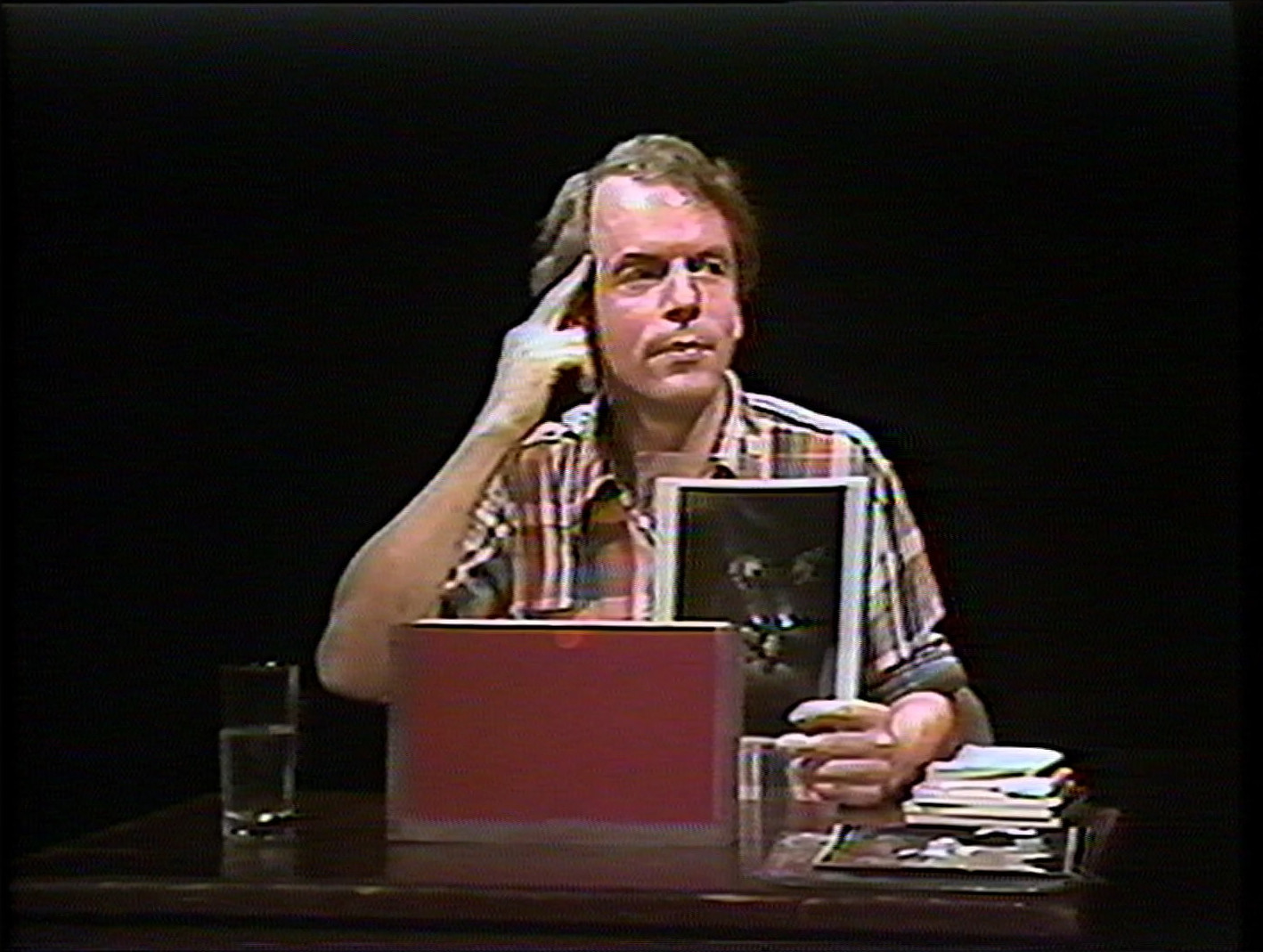 A Personal History of the American Theater. Skip Blumberg. 1985. ⚃

This was an extra on the Criterion bluray of Gray’s Anatomy.

It’s… Gray telling anecdotes about theatre performances he’d performed in, and the sequence is supposed to be random — he’s got a shuffled box of title cards that says what the order is.

But he’s also got a script he’s consulting so it’s not random? Theatre, man!

For some of the plays he just says what the title was (and where it was performed) and then he goes on to the next one. On others, like Commune, he talks for fifteen minutes about the thing (and what was going on while it was being done).

The audience is very… receptive. That is, they laugh a lot, even when what he’s saying isn’t very funny. I mean, after basically every line, somebody laughs, which is just weird.

Or perhaps they were all really stoned? I guess that’s not unlikely.

Somehow… it all sort of came together in the last twenty minutes. It’s weird. I’m not sure what he did, exactly.