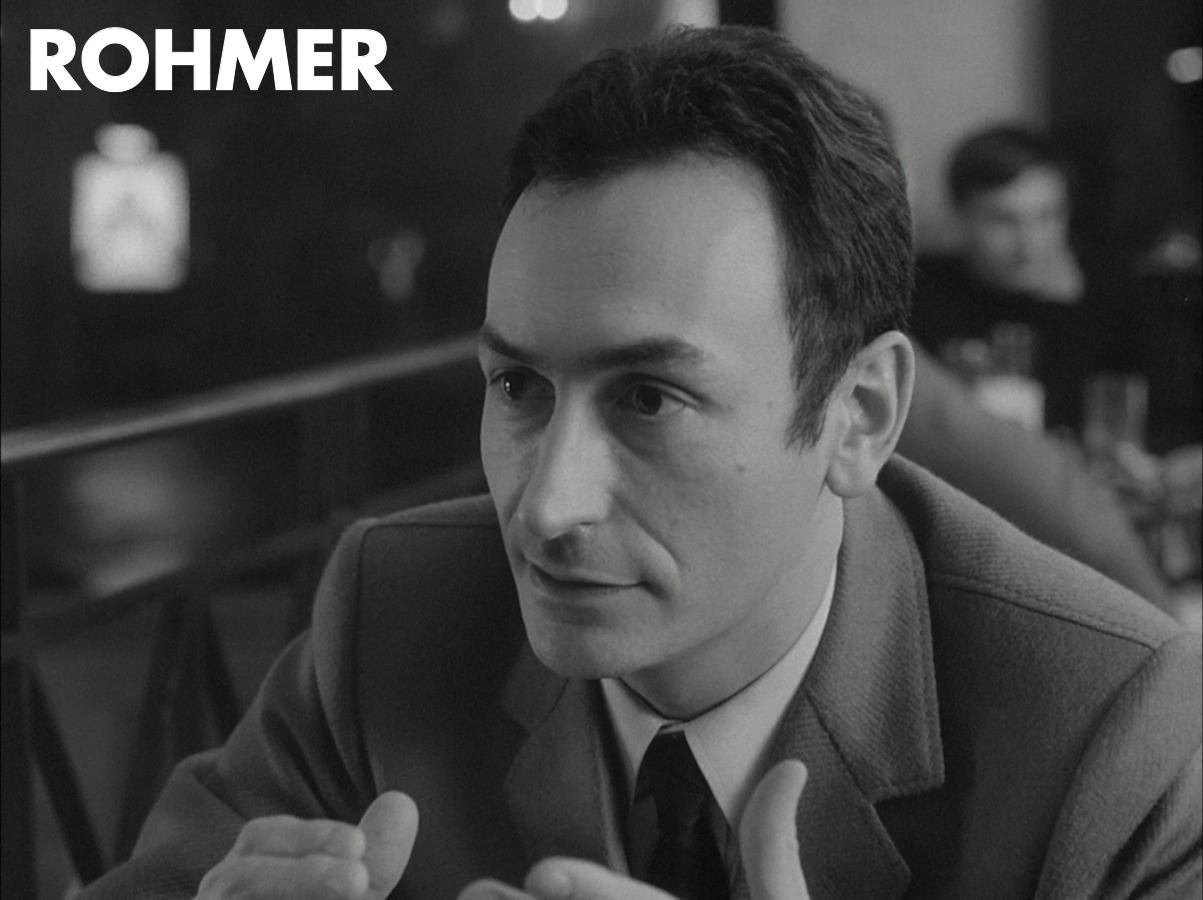 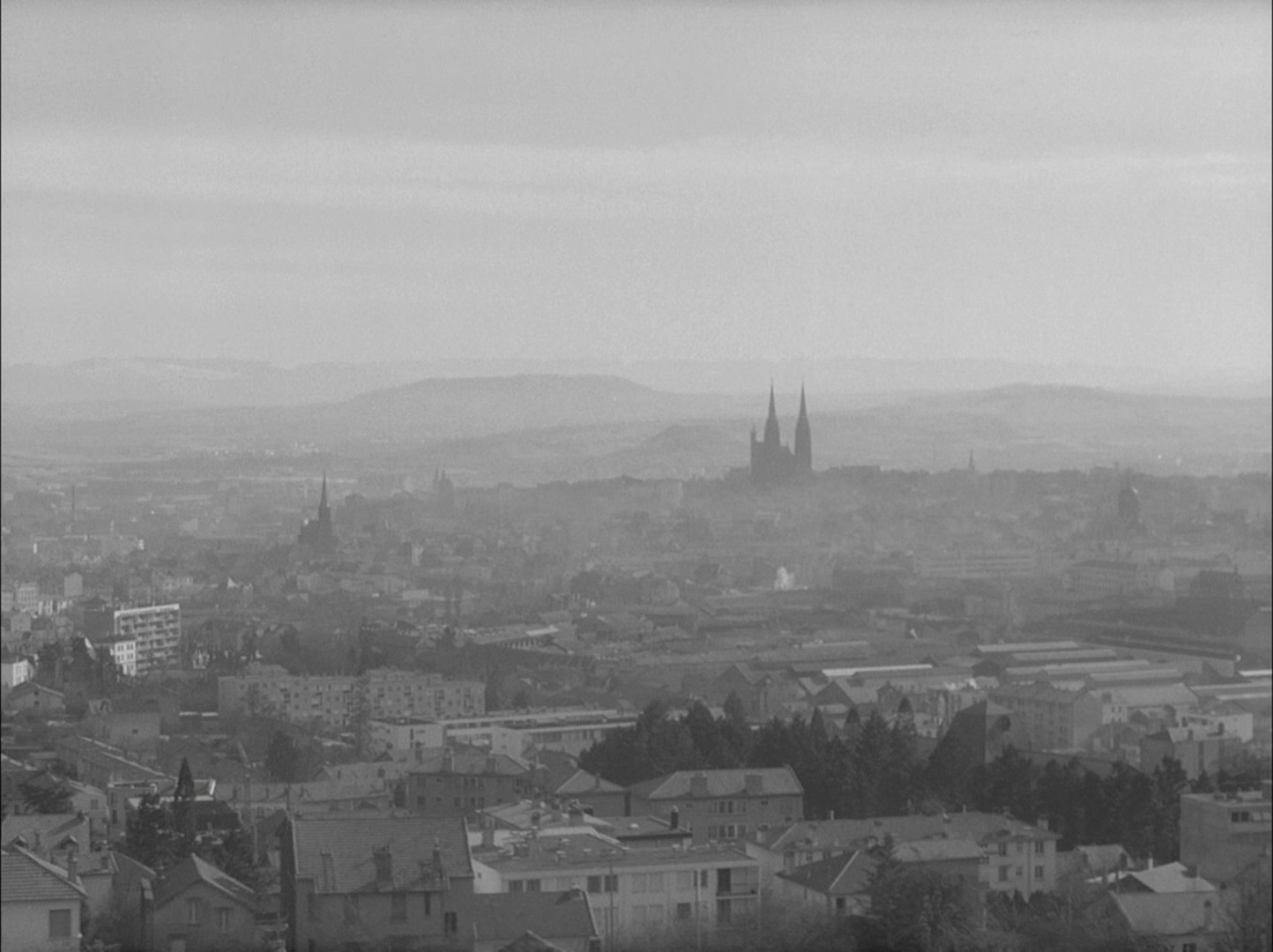 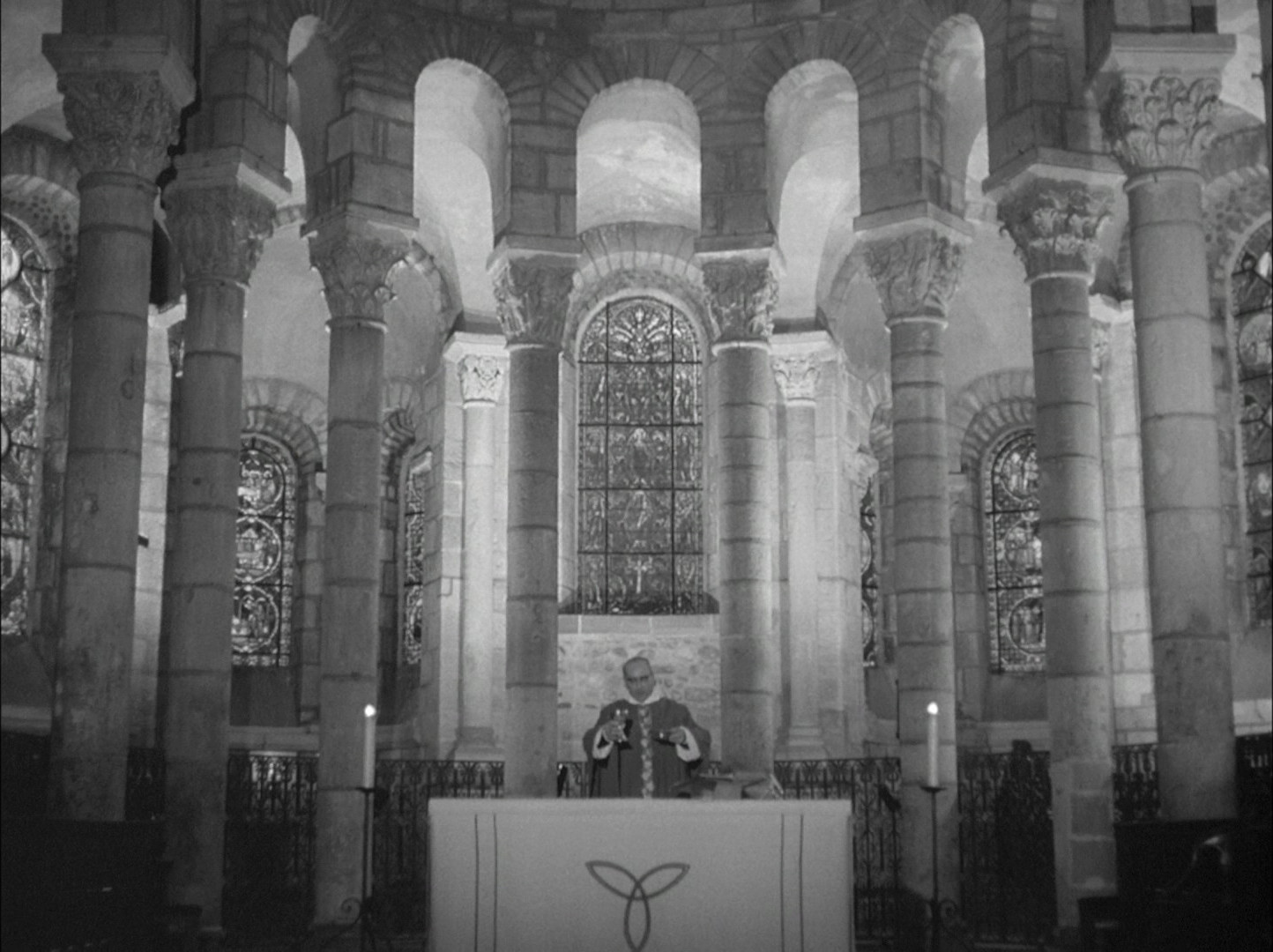 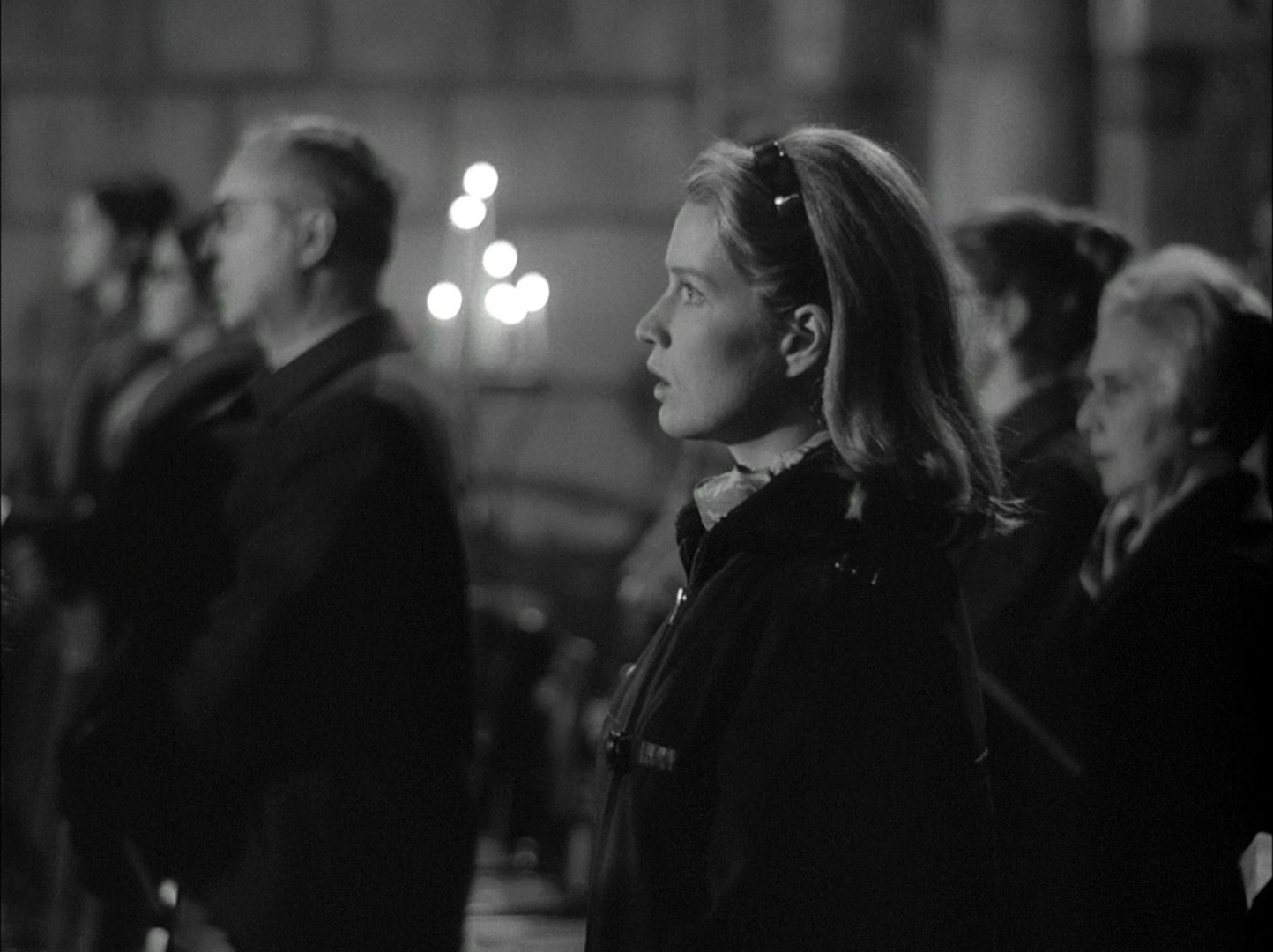 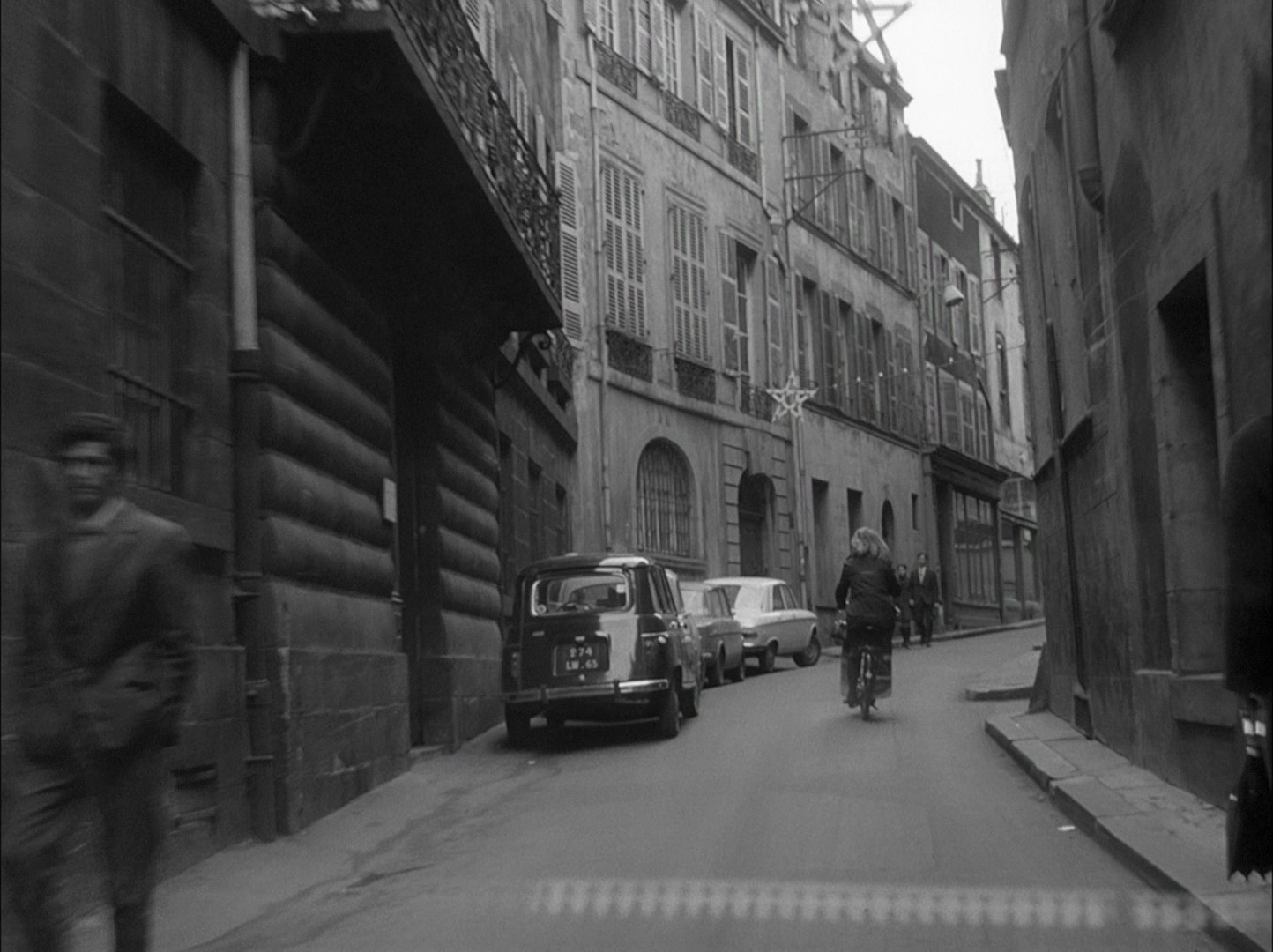 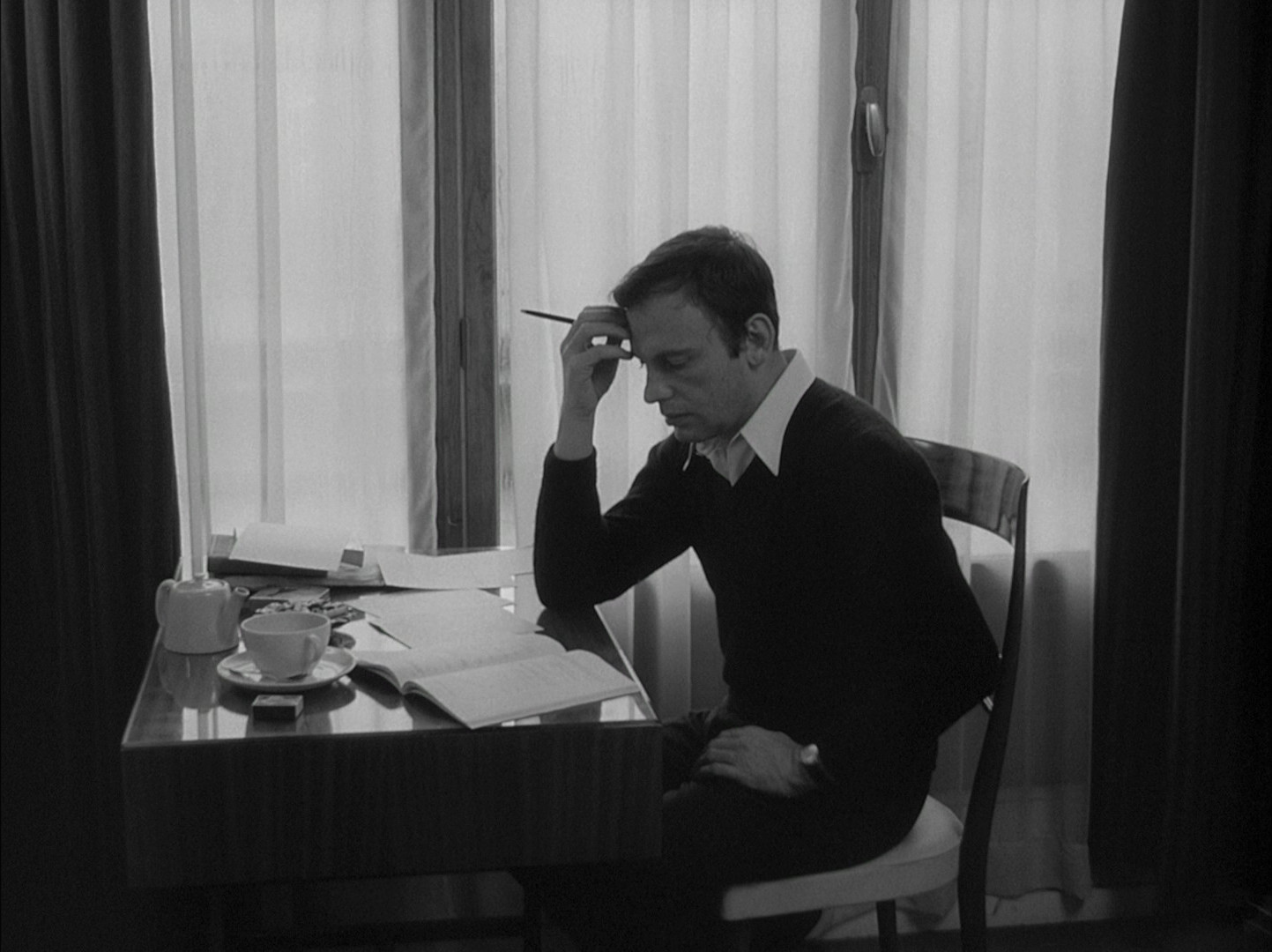 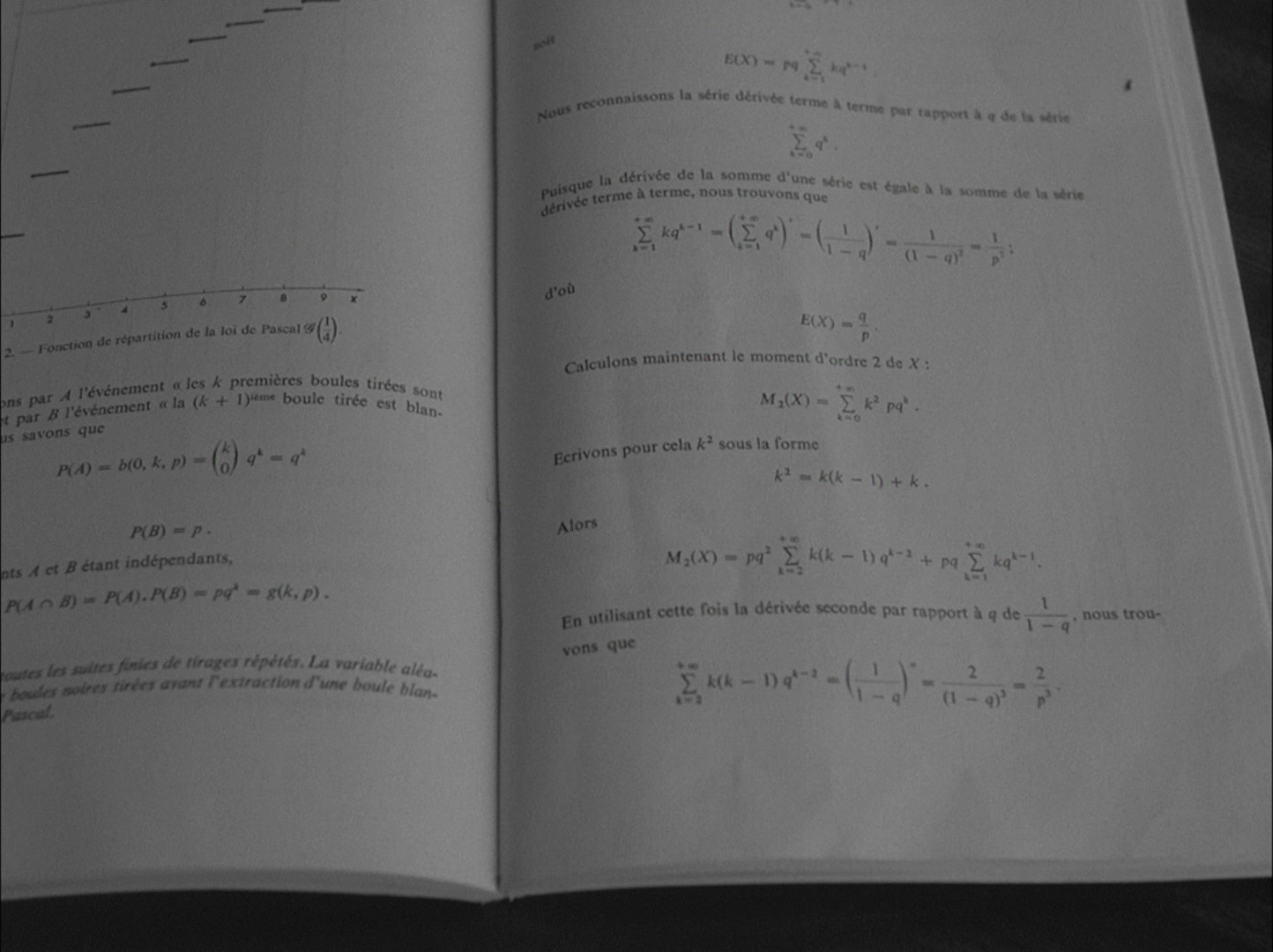 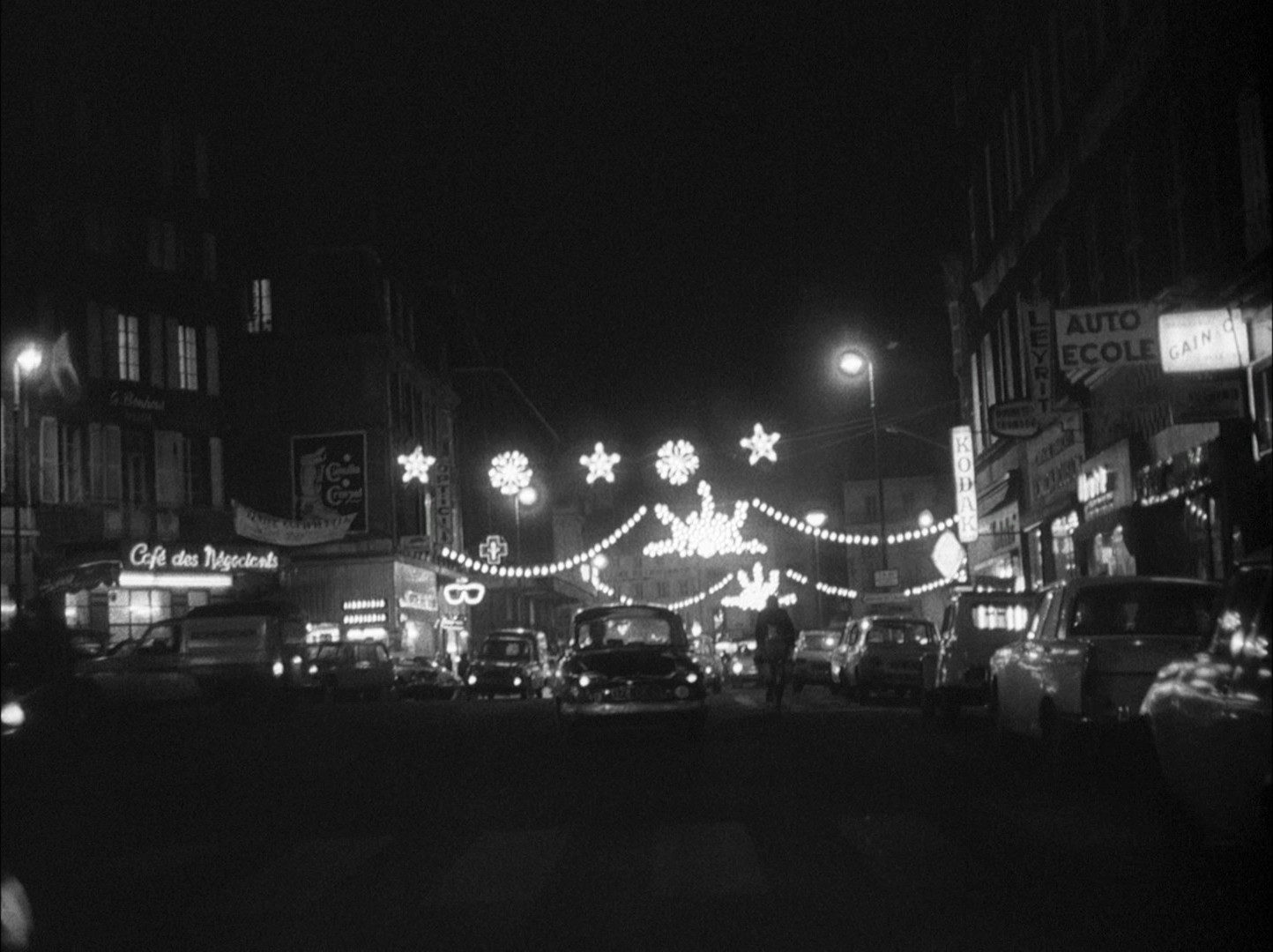 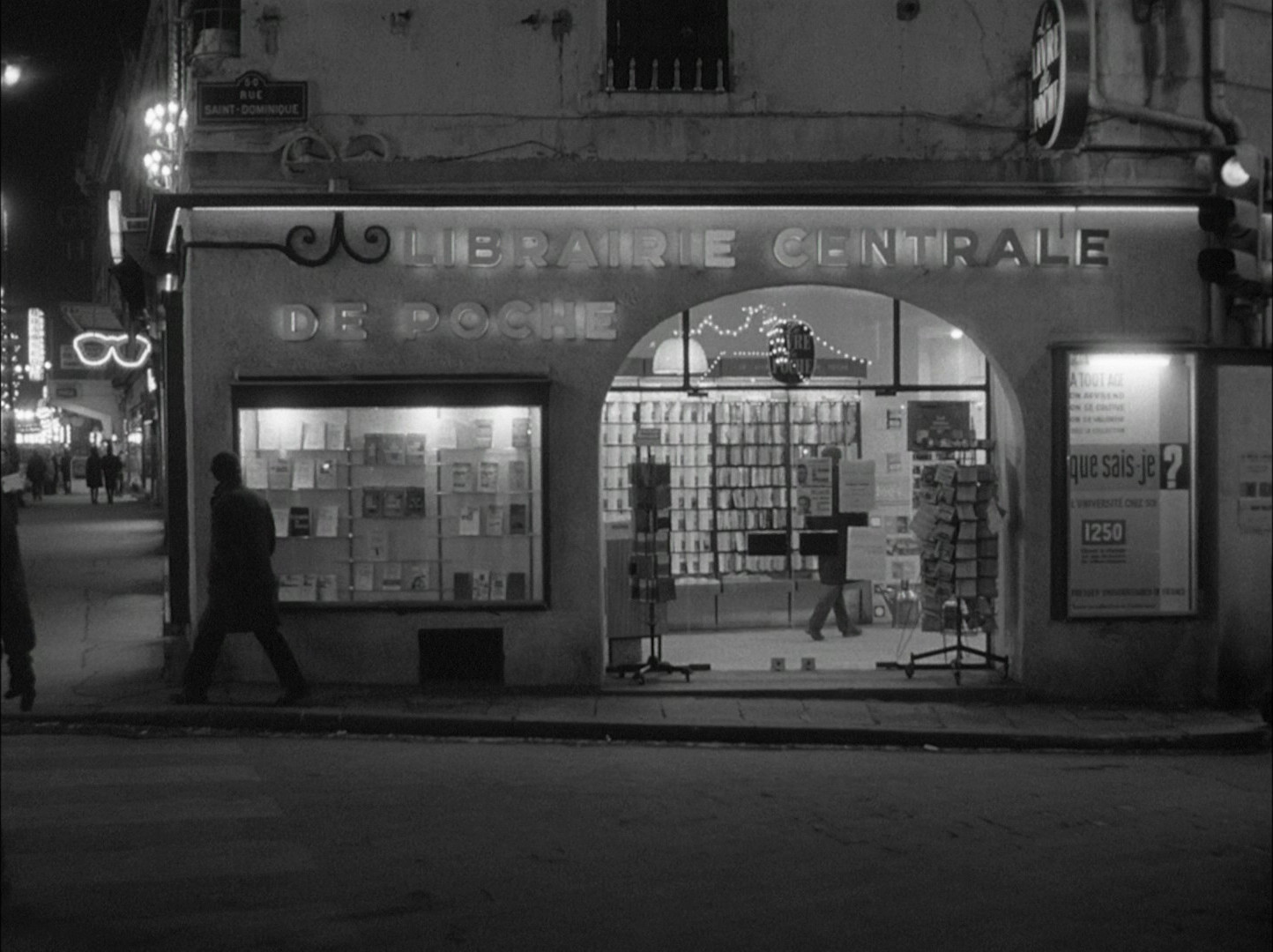 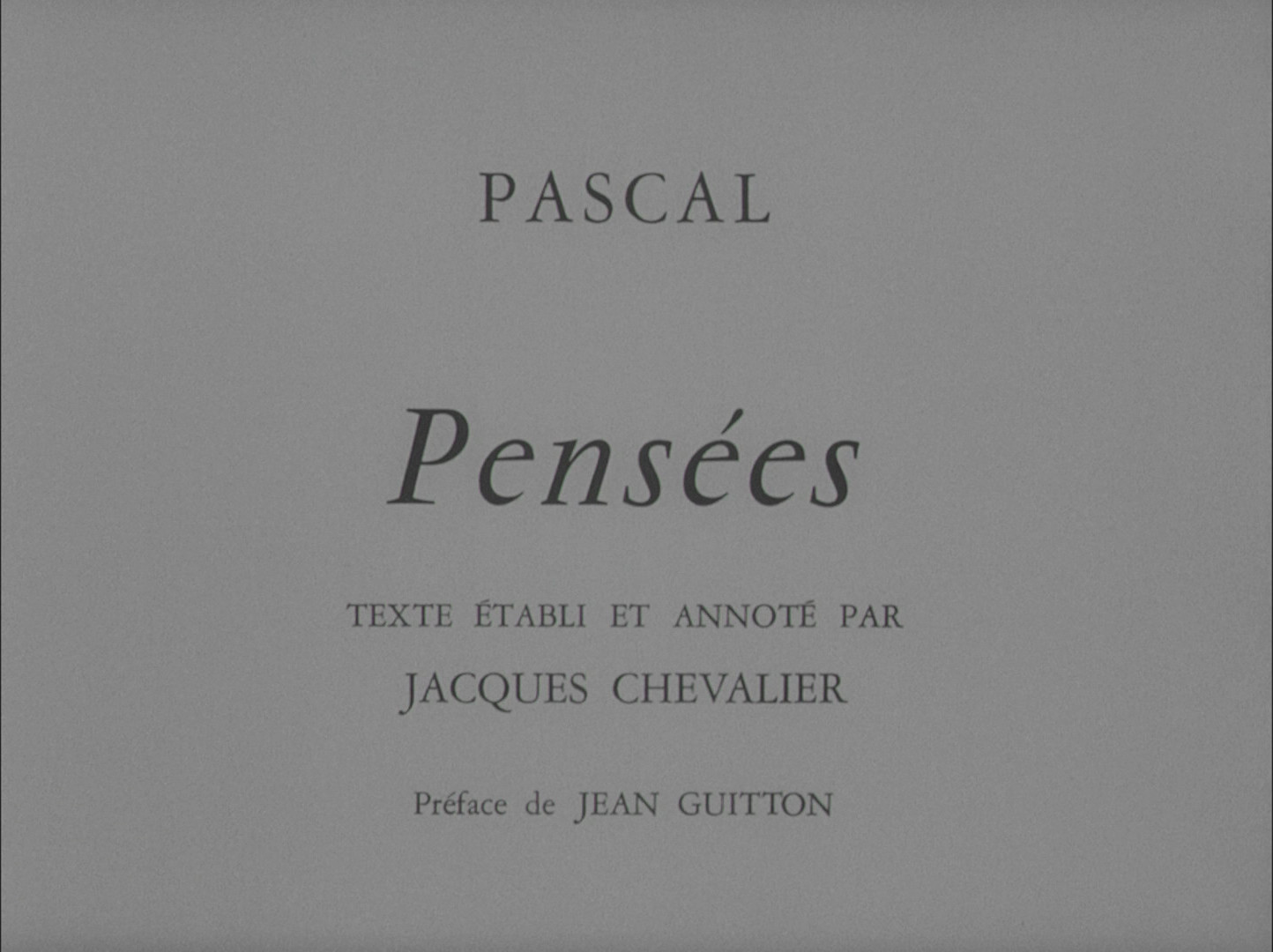 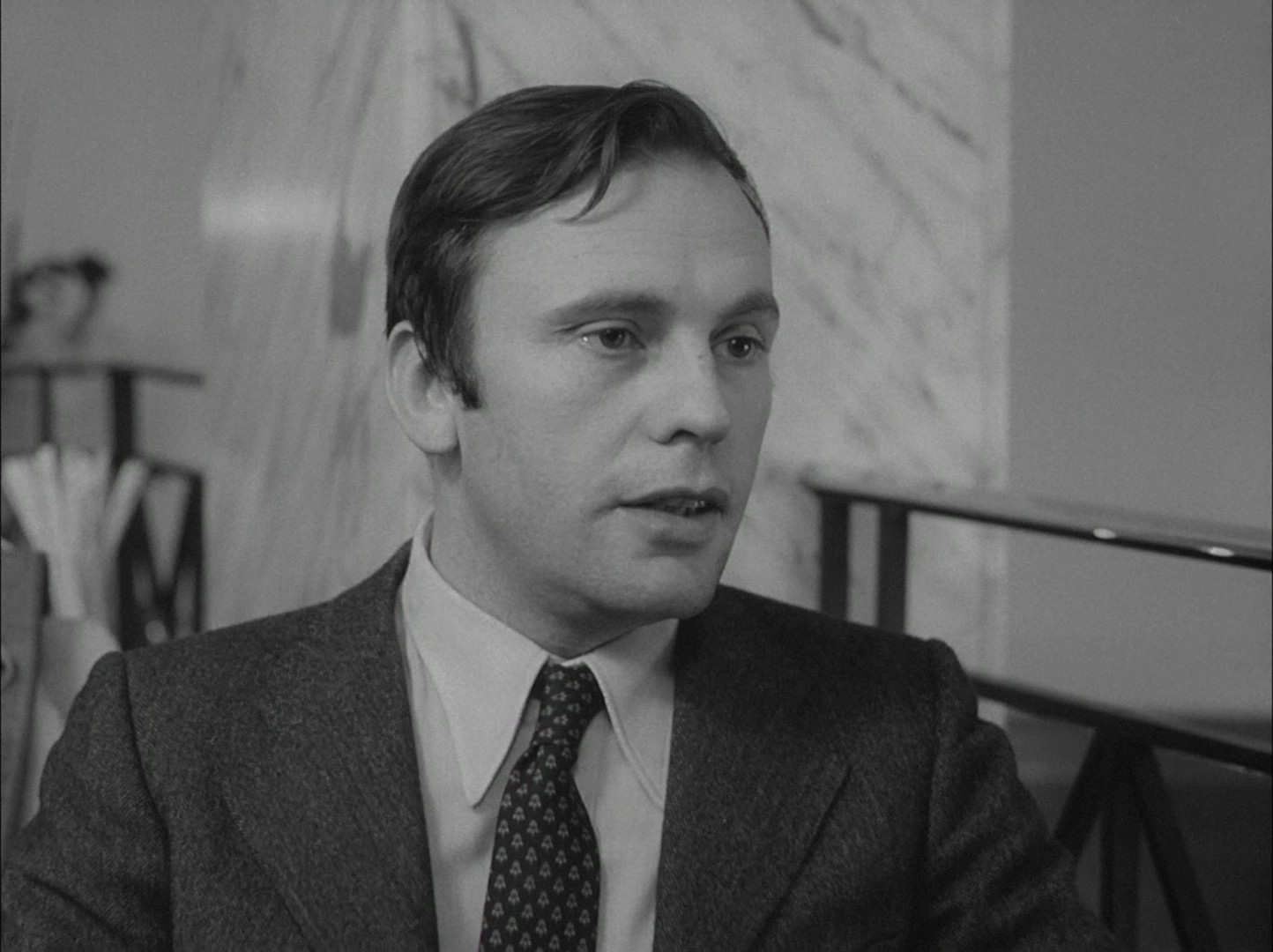 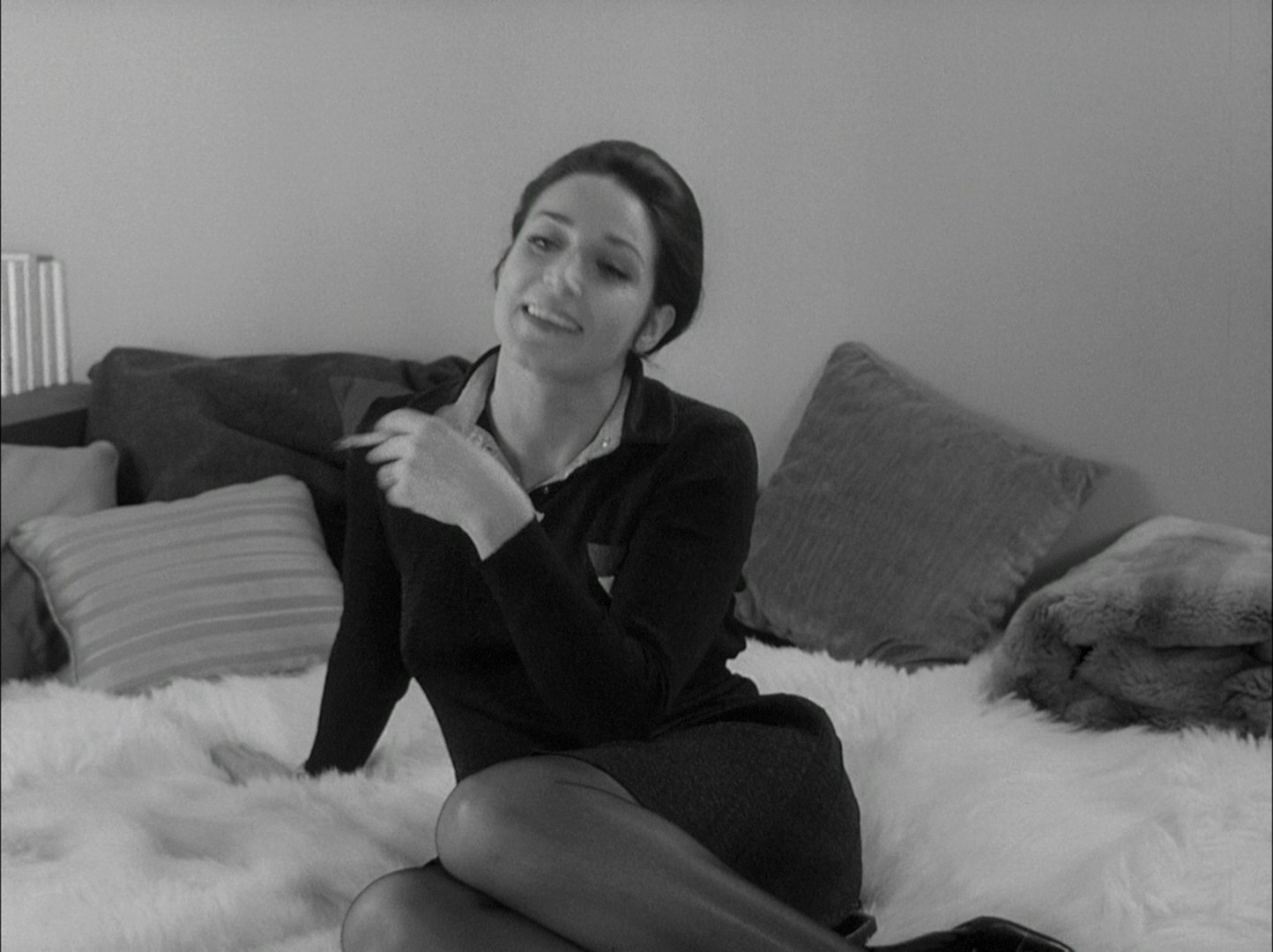 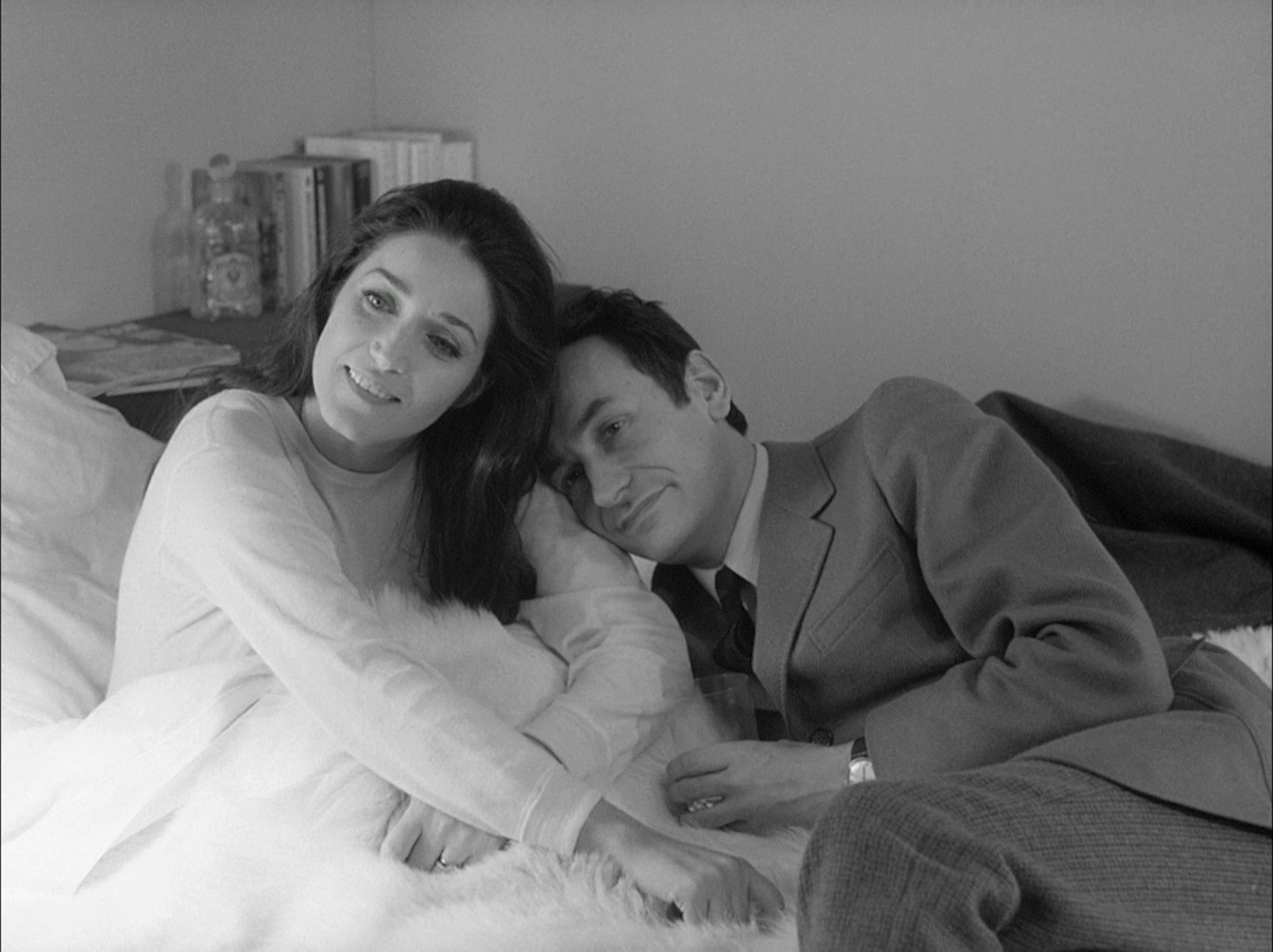 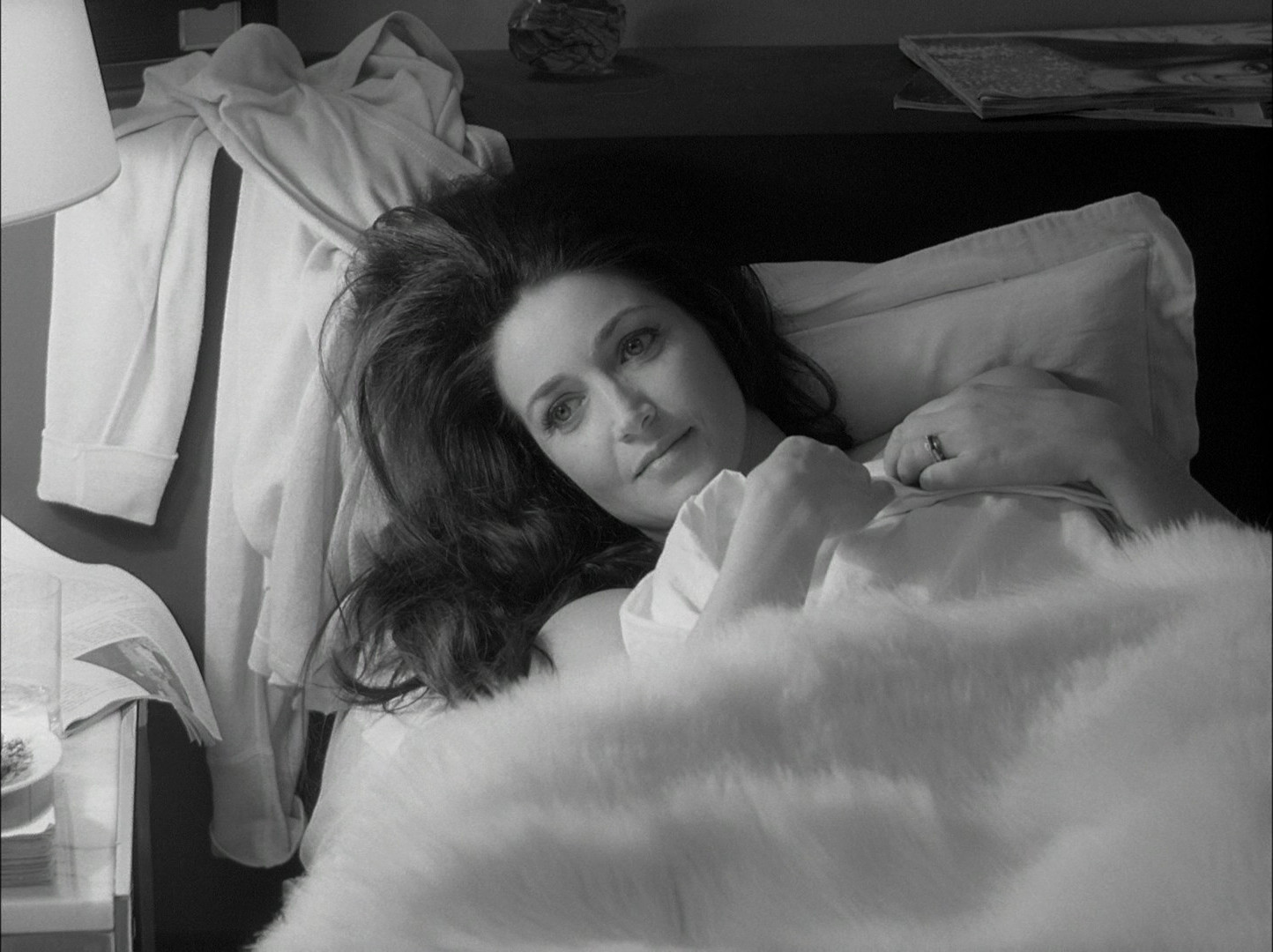 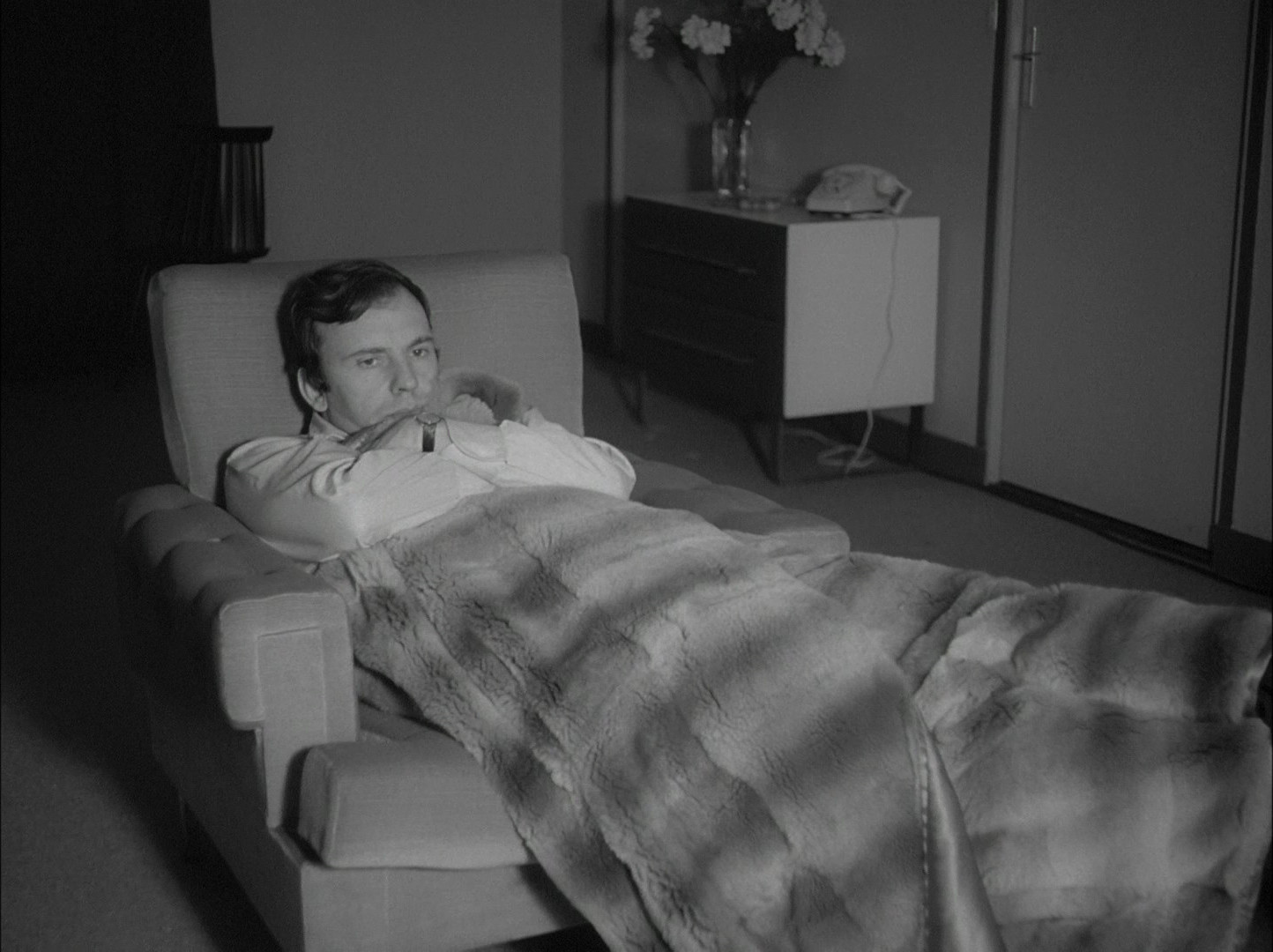 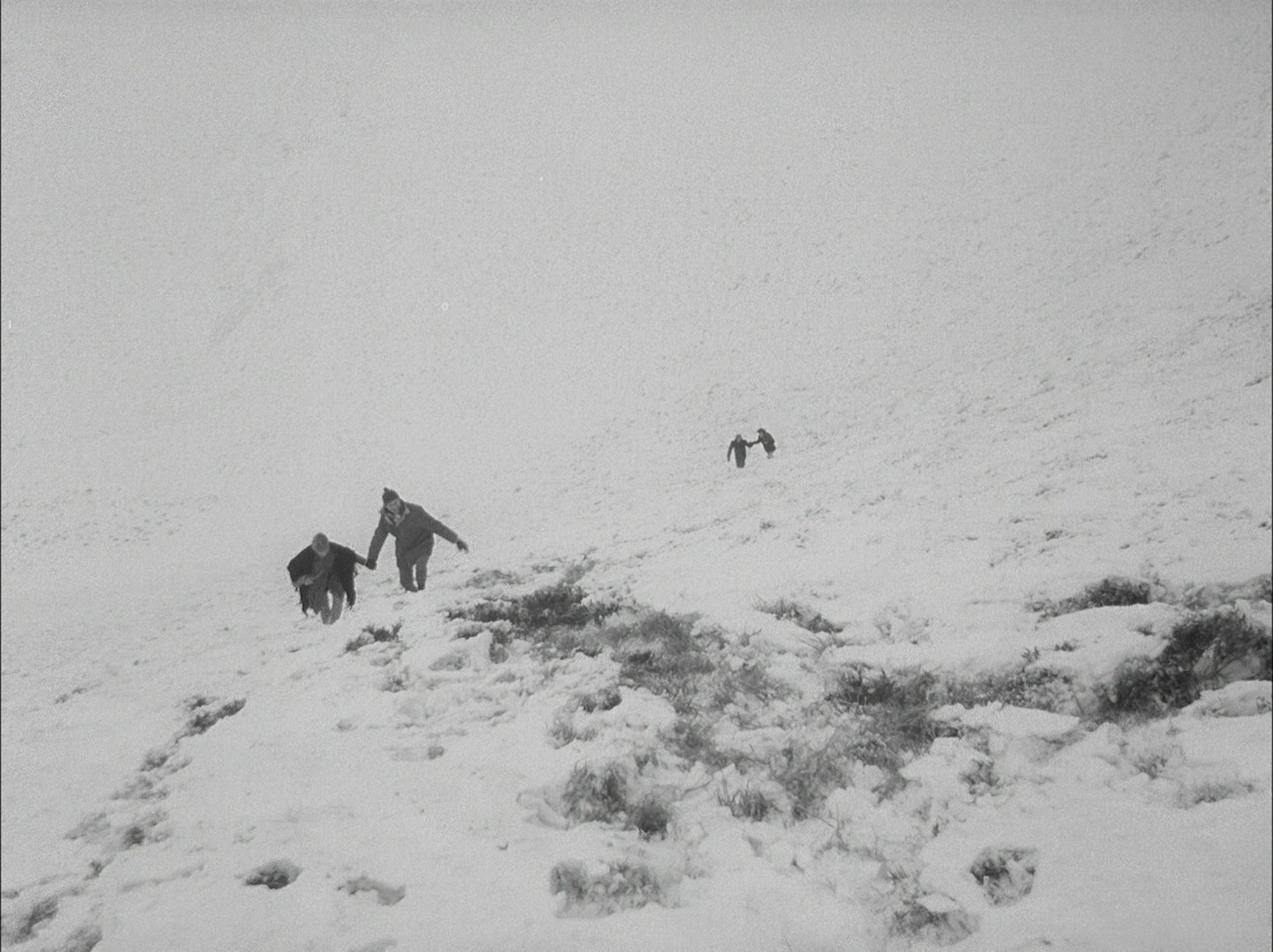 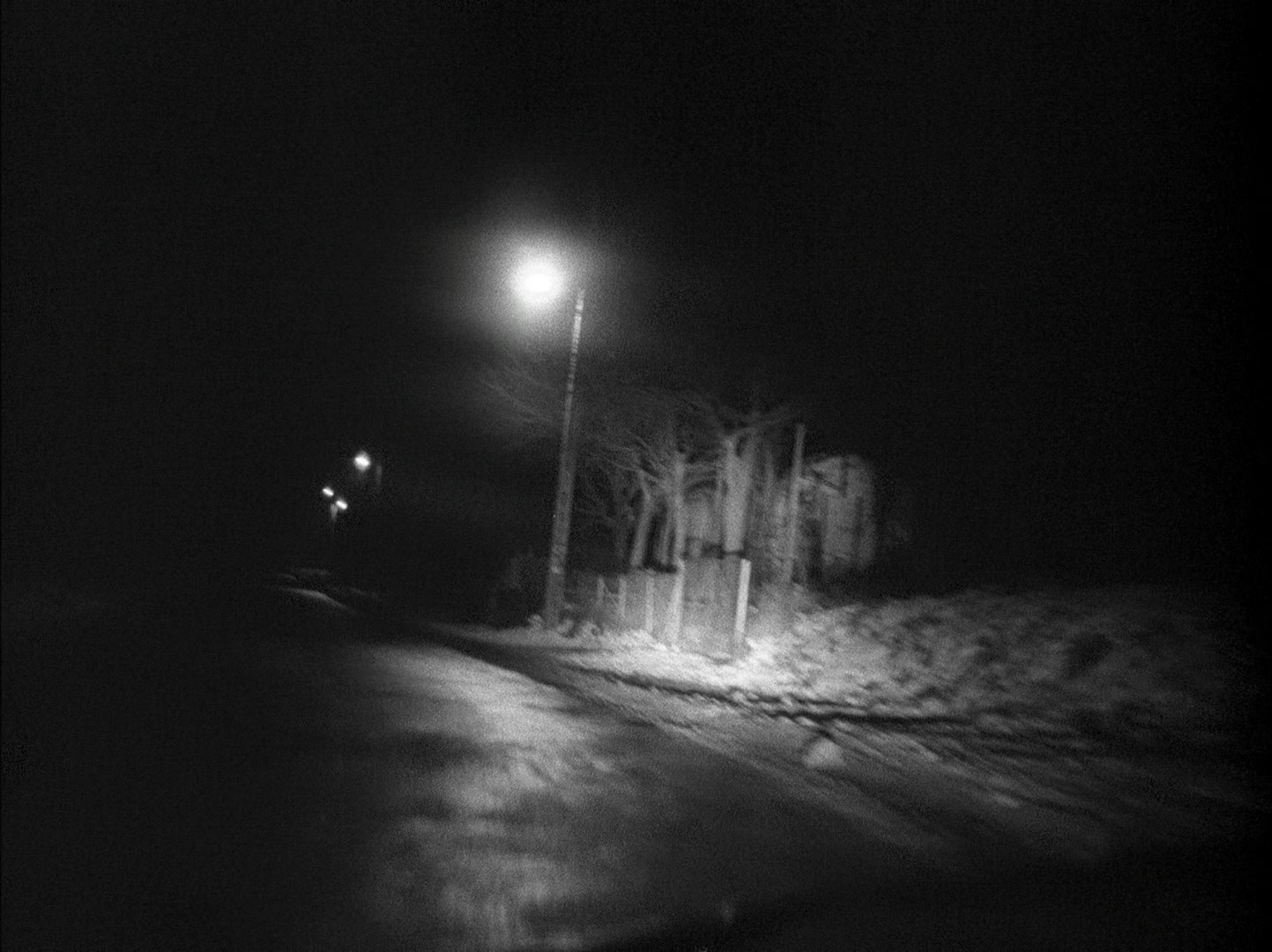 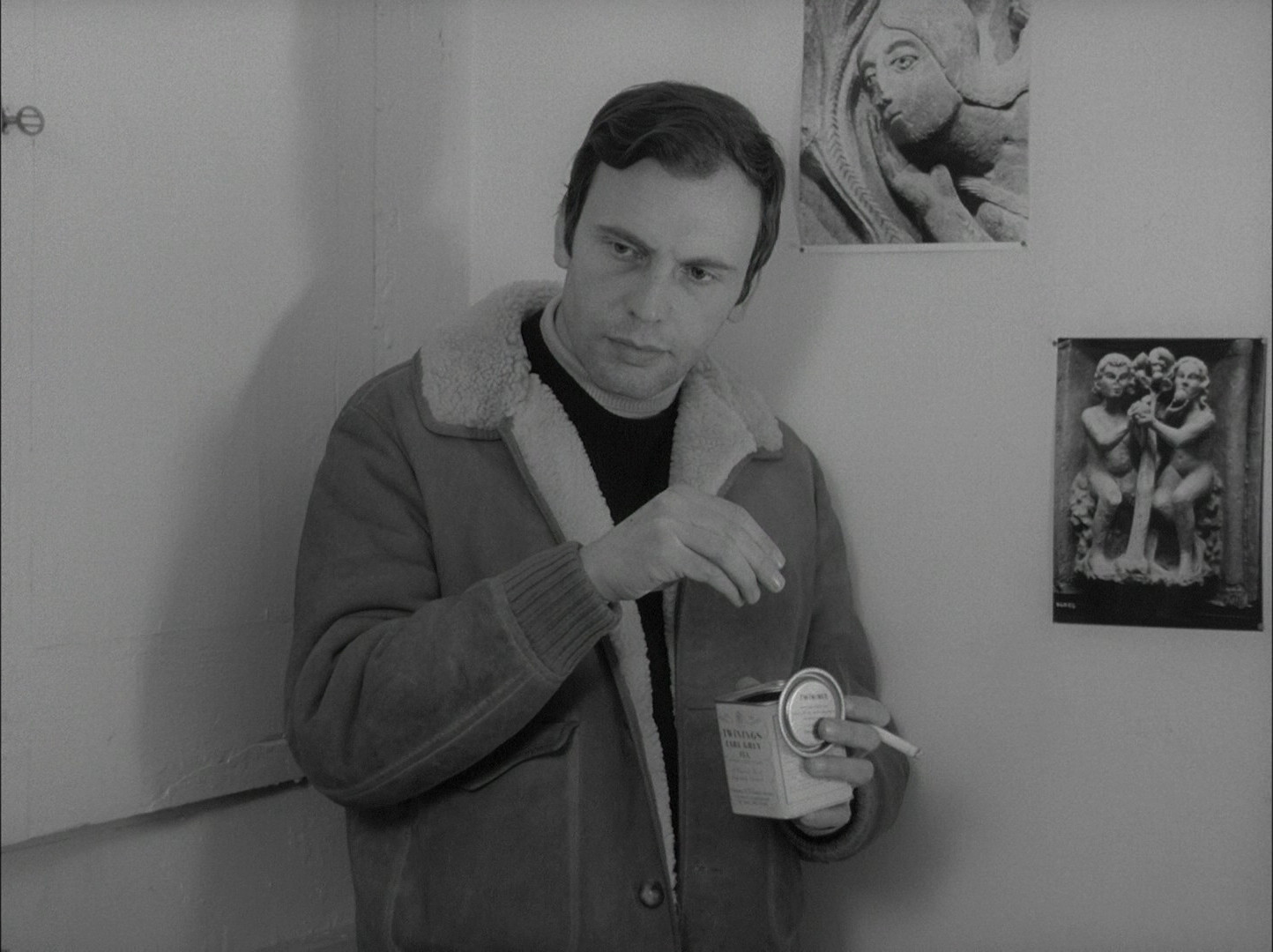 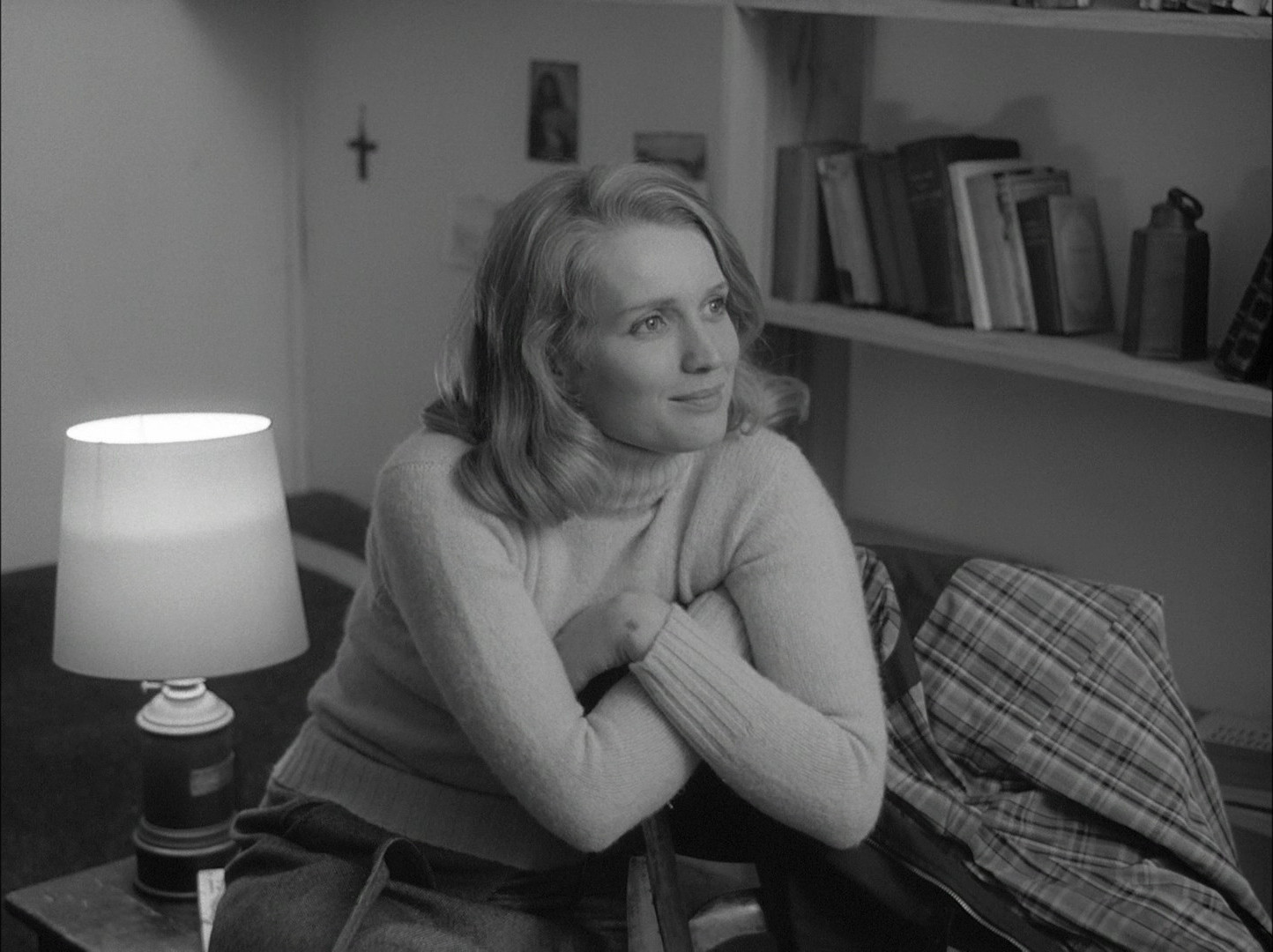 I learned something shocking about Rohmer the other day: He’s a Christian! I really didn’t get that vibe from his movies at all, but of course, I’ve mostly seen his 80s and 90s stuff.

This movie has a much more scripted feeling than I’m used to from Rohmer. The dialogue zips and zings in a quite unnatural way. (I don’t mean that as a criticism.) But as usual, it looks really nice: Some of the shots are downright beautiful. And also as usual, the movie is almost all people talking to each other about like stuff and things.

It’s a fascinating movie, but it has one huge problem: The guy who plays the main character. Which is… Jean-Louis Trintignant. OK, he’s hot shit (he played Georges in Amour), but he just seemed dead here. Or not interested.

OK, now I changed my mind. He has a kind of understated awkwardness that’s interesting. 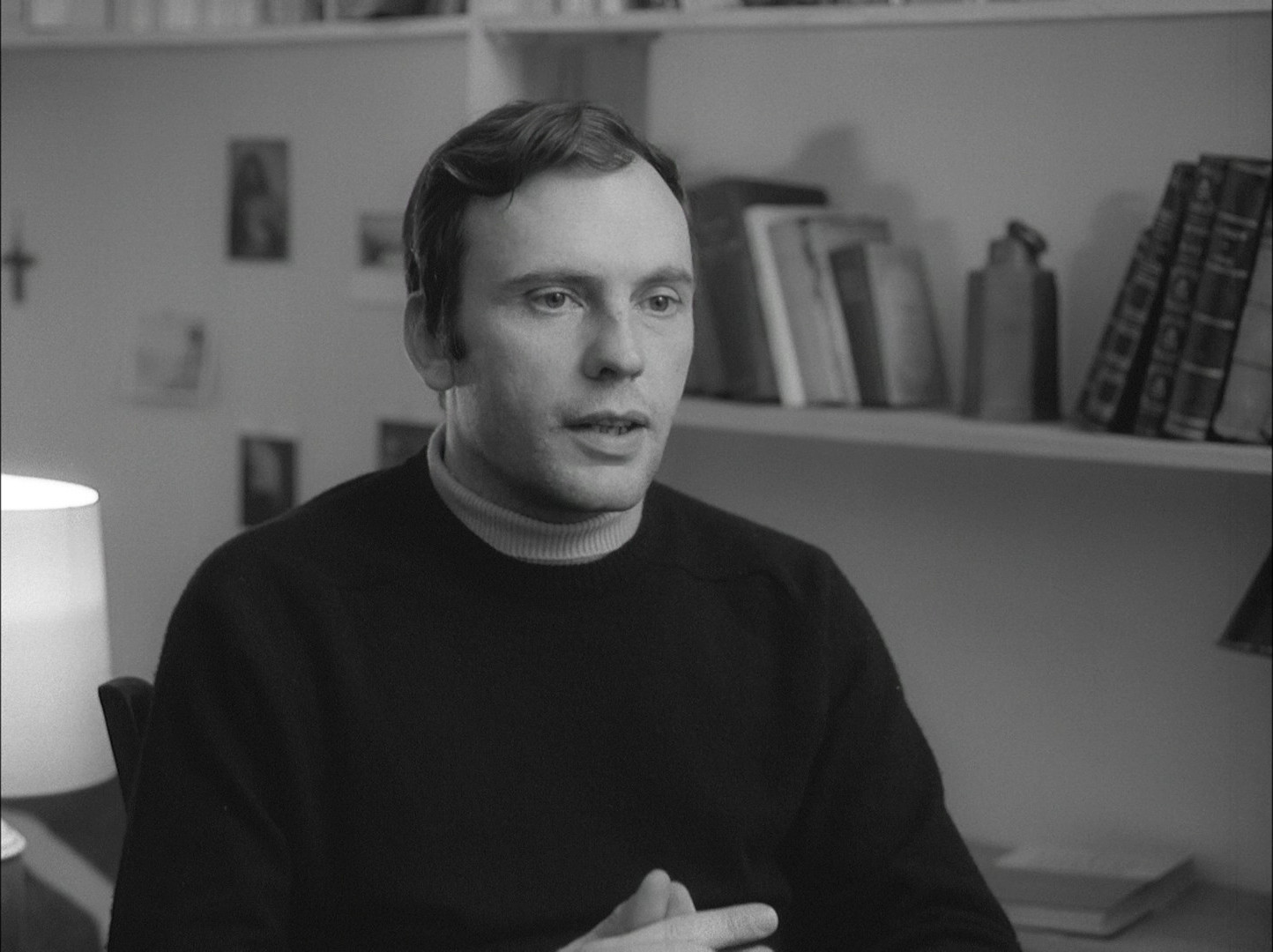 Perhaps this looks is a bit too on the nose? With the white collar and the black shirt? I mean, the movie’s about Catholic philosophy or something.

It’s a very clockwork movie. I mean, it doesn’t have much of a plot, and the subtext is made explicit in the main character being interested in somehow computing the likelihood of things happening to people. And then everything dovetails all too nicely into one neat bundle. But it was signalled so early on that when it happened (in the very final scene of the movie) I was more “finally!” then “whoooa!”

I mean, it’s all so neatly tied up that it feels a bit like cheating.

If this is the sort of movie Rohmer made early in his career, then I totally understand his dialling back the plot elements in his later movies.