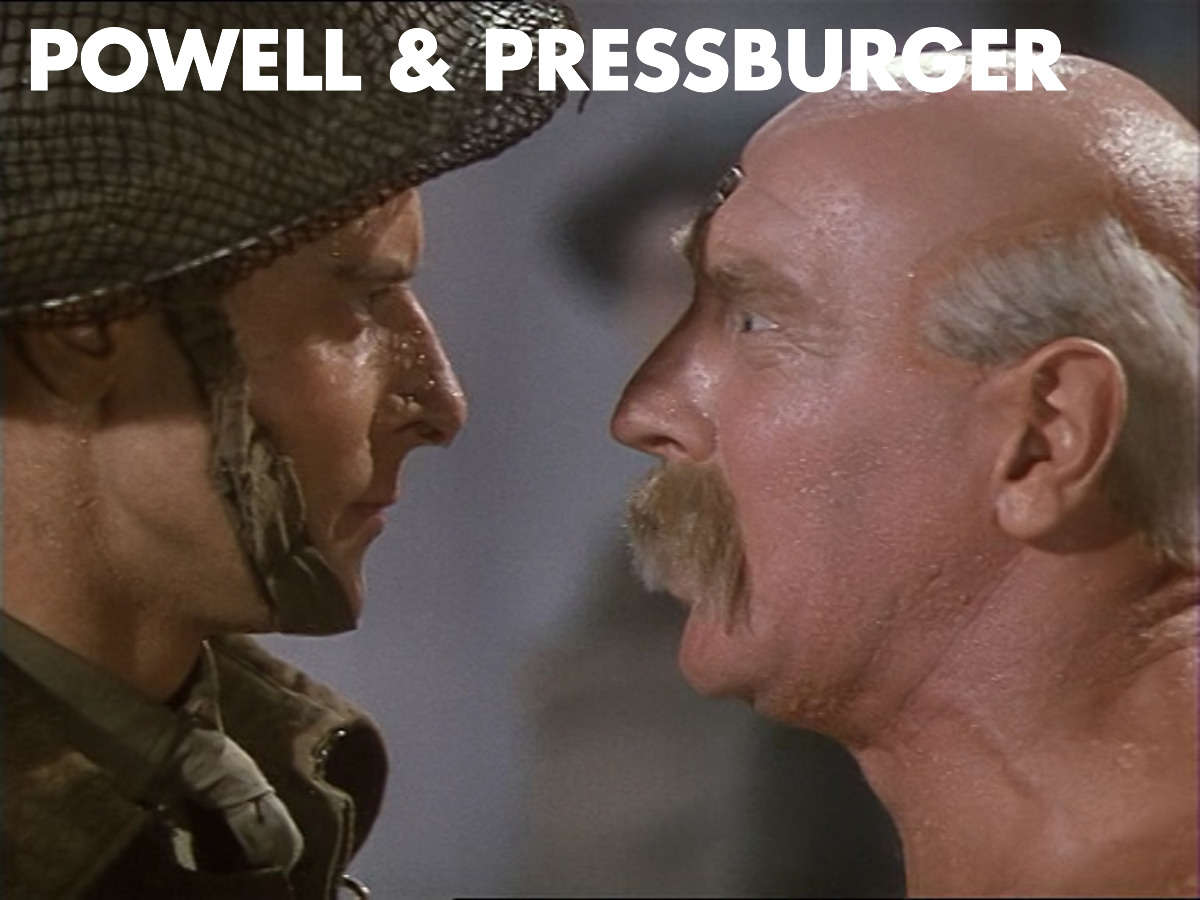 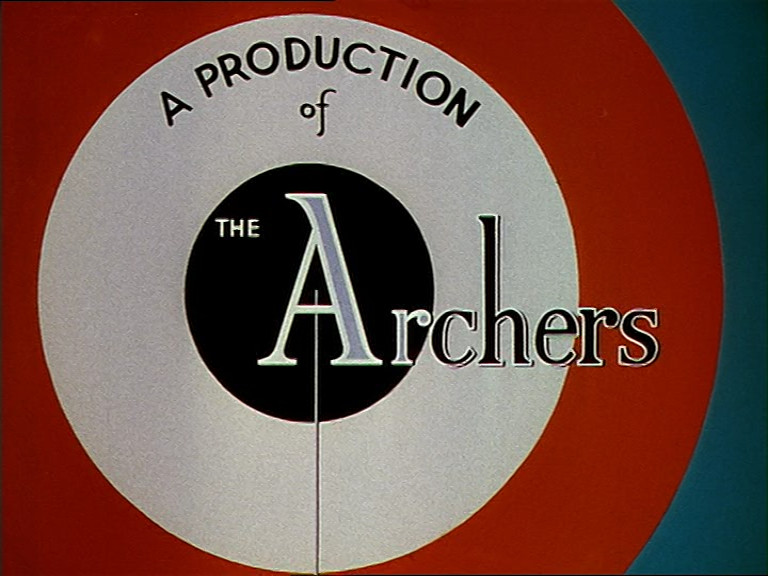 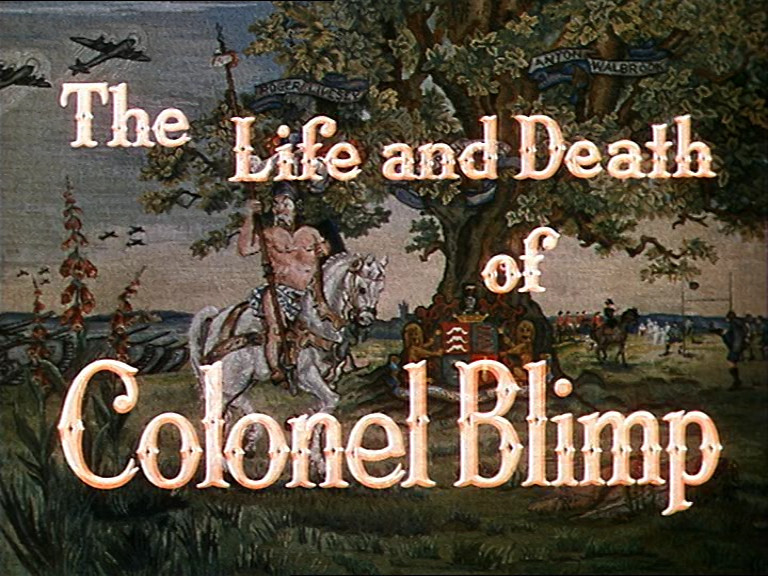 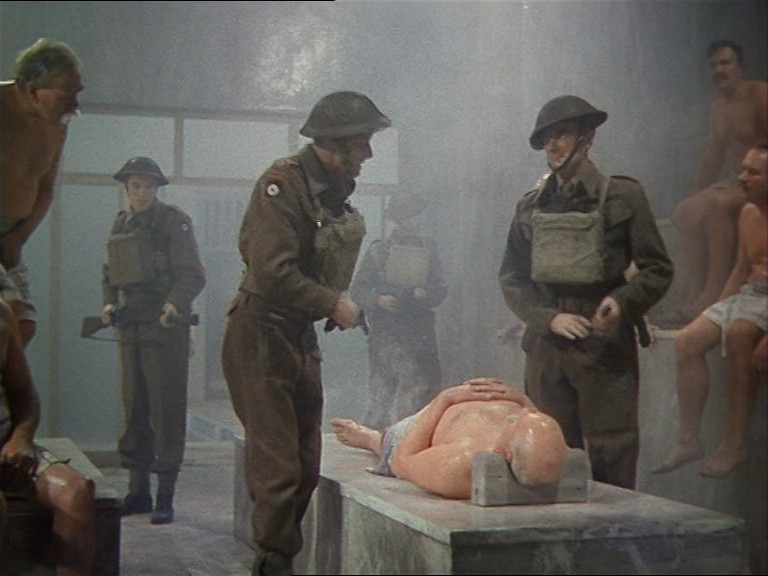 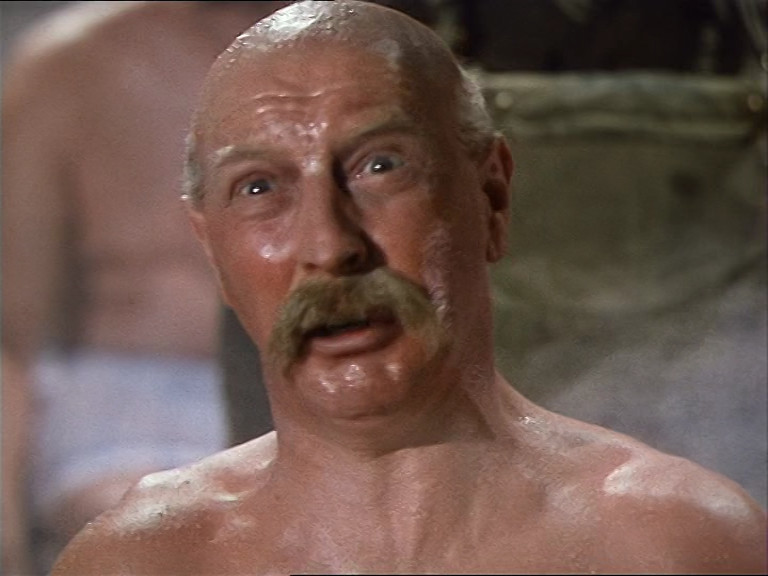 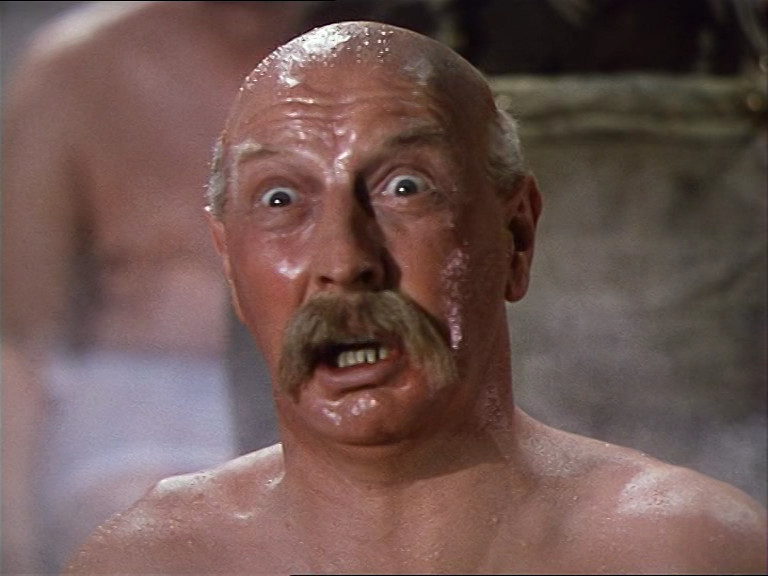 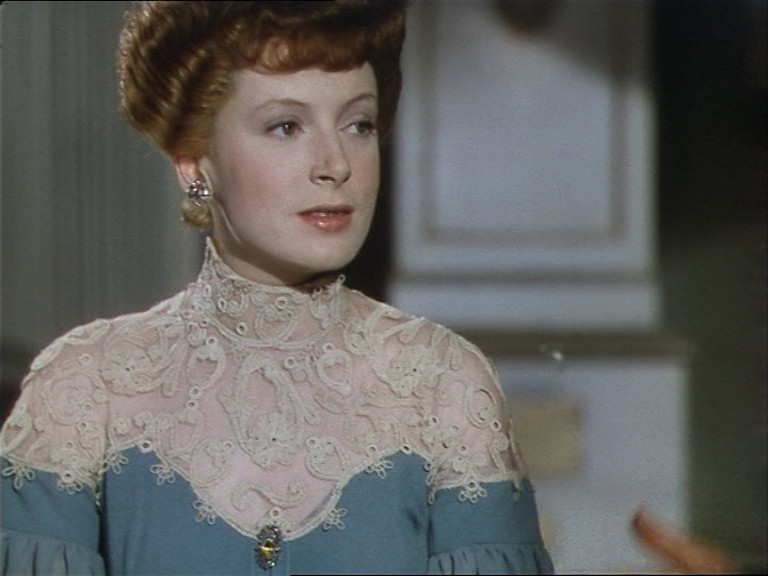 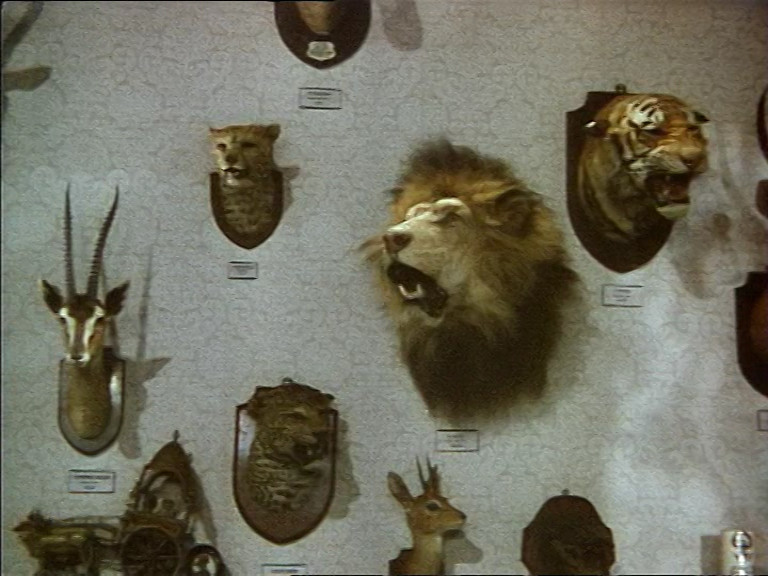 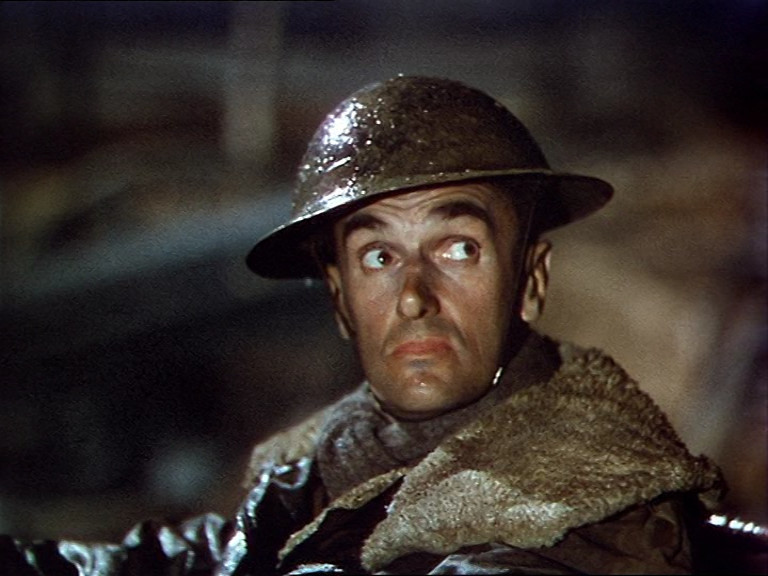 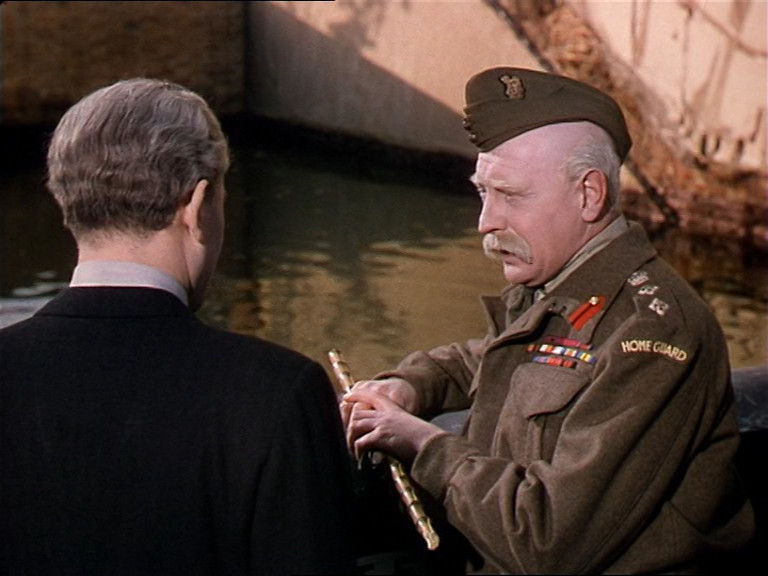 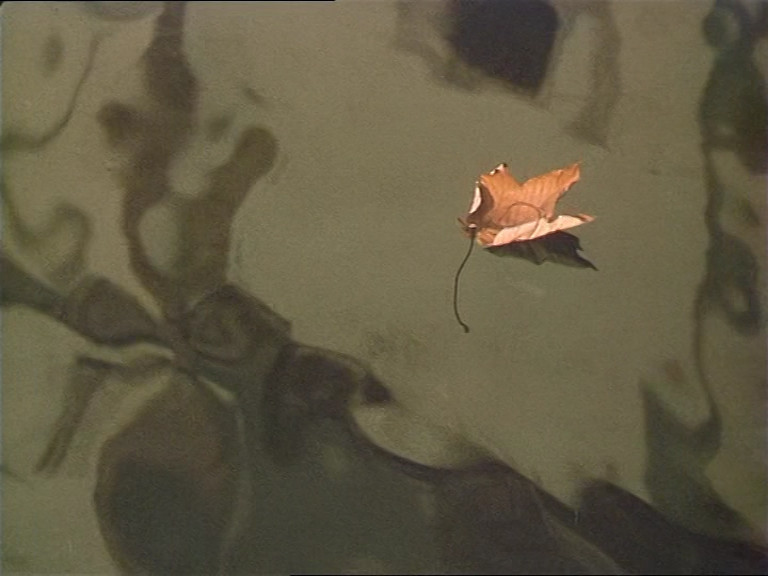 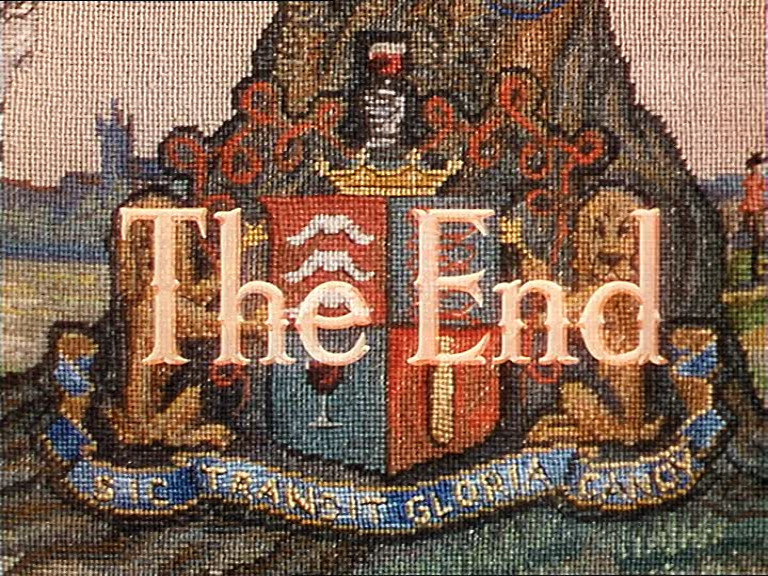 The Life and Times of Colonel Blimp. Michael Powell. 1943.

So the question being posited here is, I guess: How do you make a lighthearted farce while simultaneously making a propaganda piece about the army? The solution is pretty ingenious: Make the framing story be about a contemporary army exercise, and have the main section of the movie be about the generals’ antics in previous wars.

I want to like this. It plays into all myths about Britishness: Everybody acts as if they are Jungian archetypes. It tries so hard to be amiable and silly, poking fun at everything it depicts. But it doesn’t work for me. Everything moves so slowly. The repartee is ponderous instead of zipping.

I understand what it’s made to do, and it’s quite likely that this is just the thing to keep the British spirits up in 1943, which also explains the length of the thing: A proper night out.

Hmmm… Oh! The gummint didn’t like the movie, because there are some sympathetic German characters in it. And:

The film provoked an extremist pamphlet, The Shame and Disgrace of Colonel Blimp, by “right-wing sociologists E. W. and M. M. Robson”, members of the obscure Sidneyan Society, which proclaimed it “A highly elaborate, flashy, flabby and costly film, the most disgraceful production that has ever emanated from a British film studio.”

Wow. Well, that makes me like it more. Hm… and the last half, which is barely funny at all, is really good. And when we get back to the framing story, that’s suddenly brilliant.