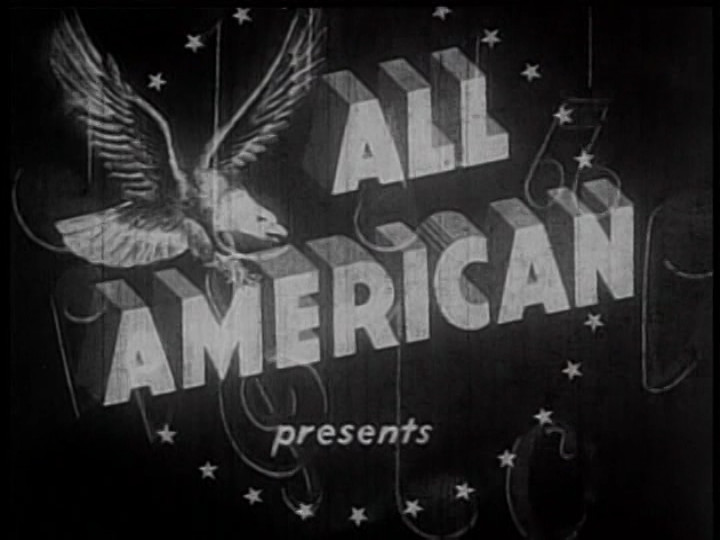 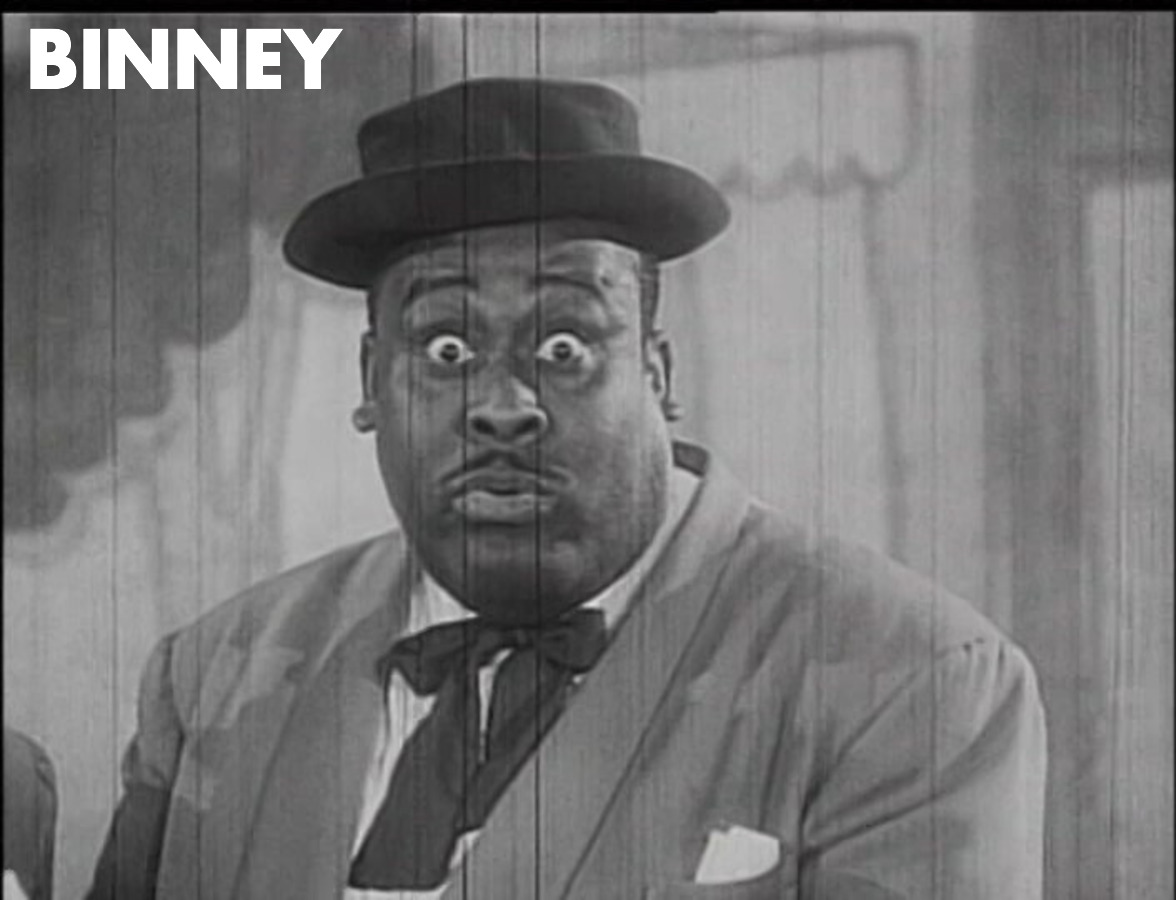 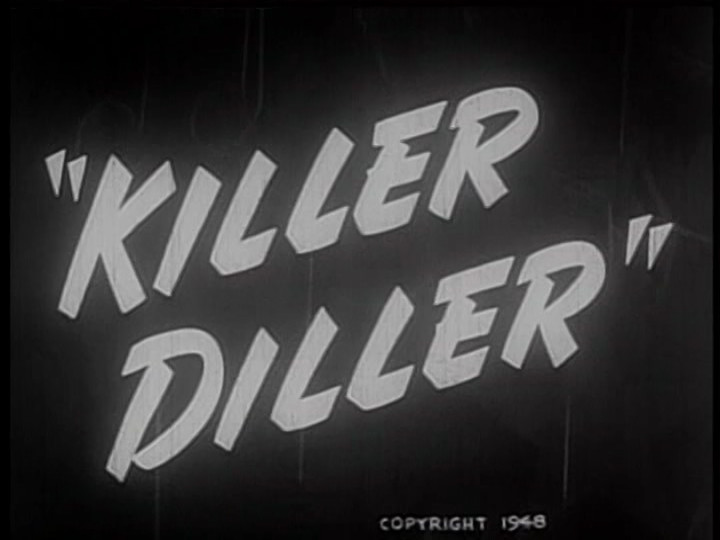 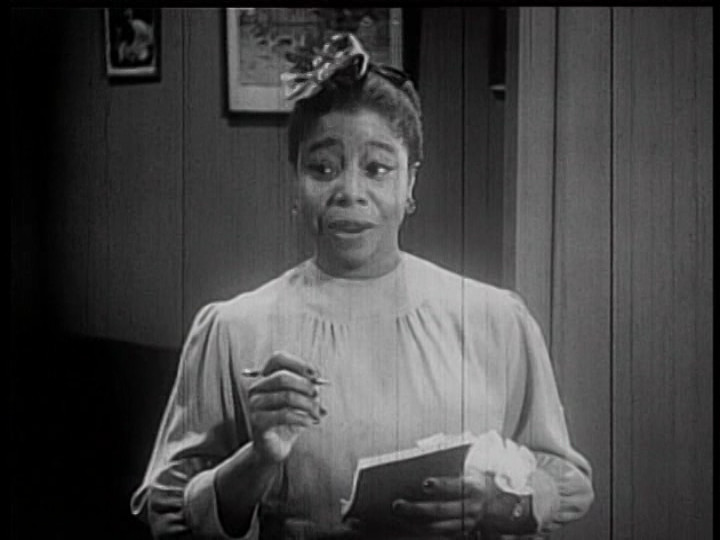 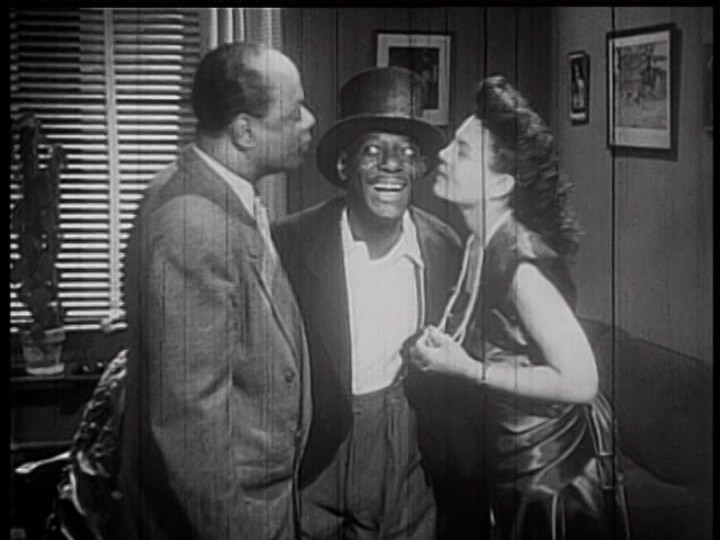 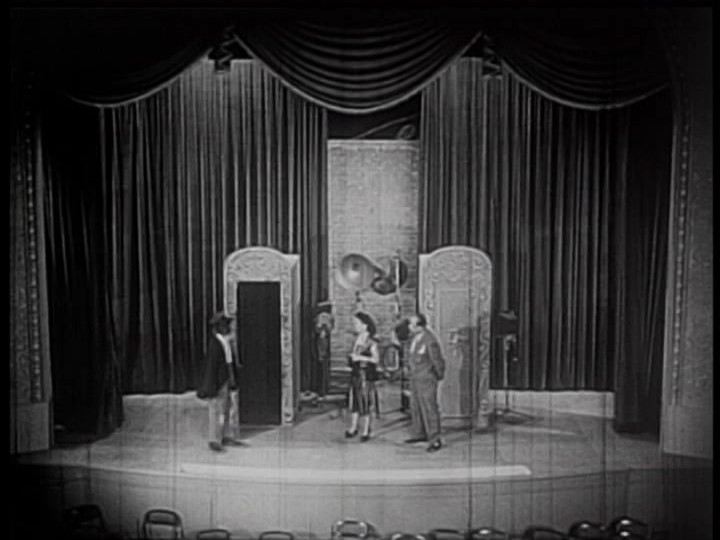 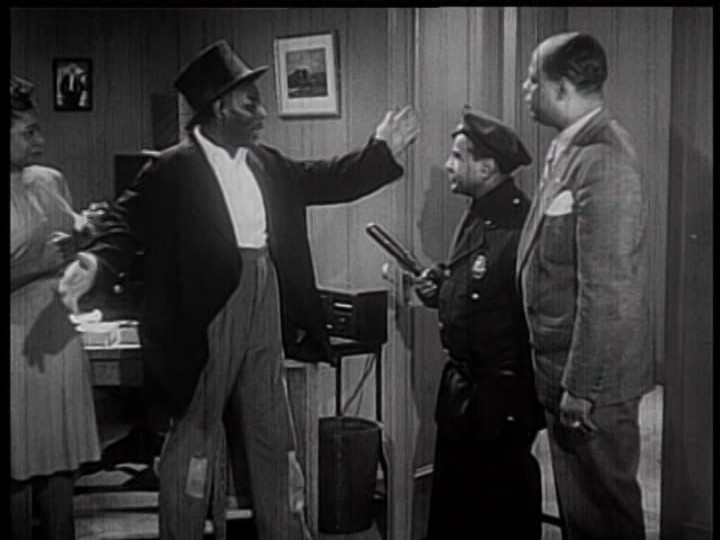 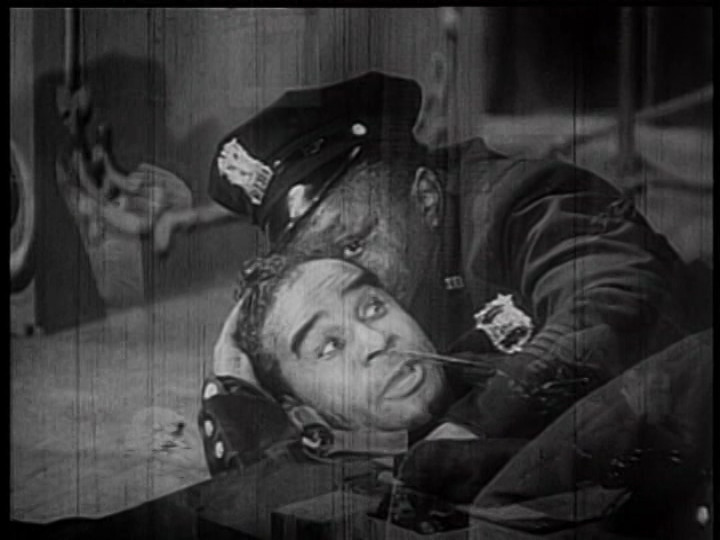 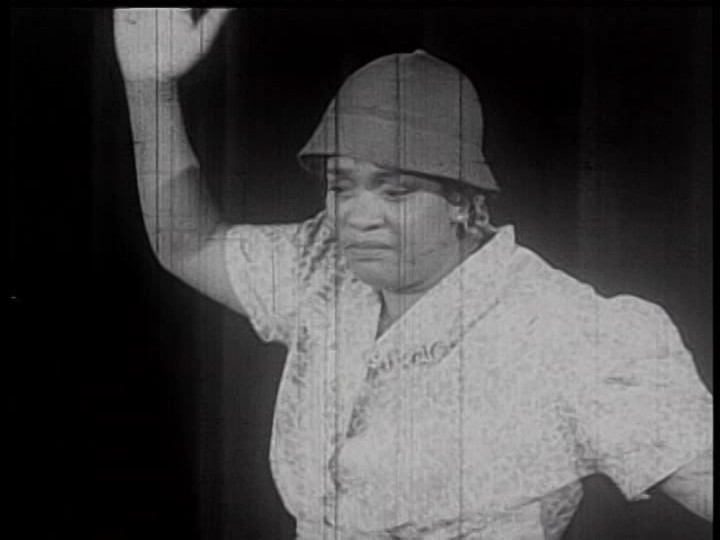 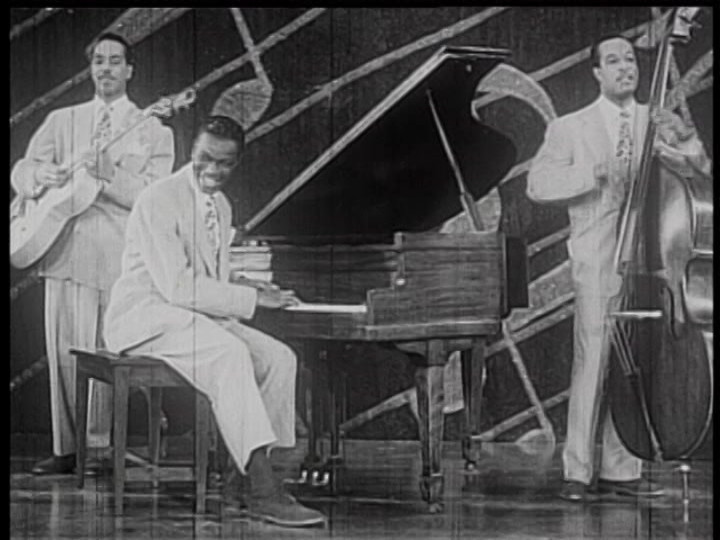 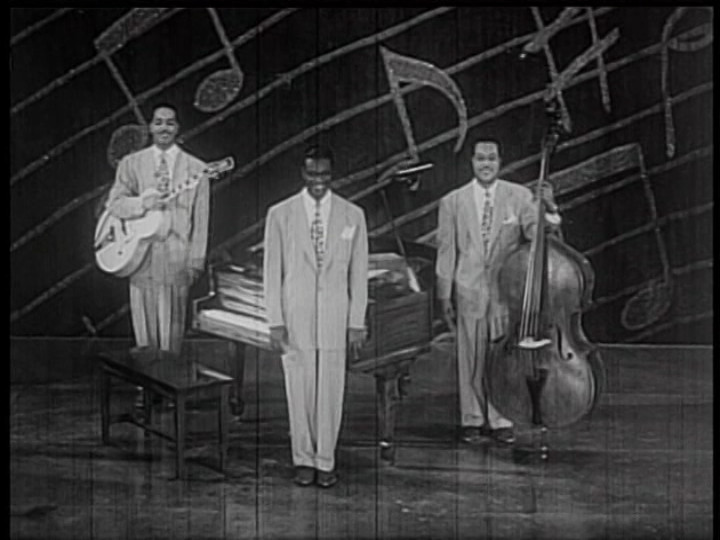 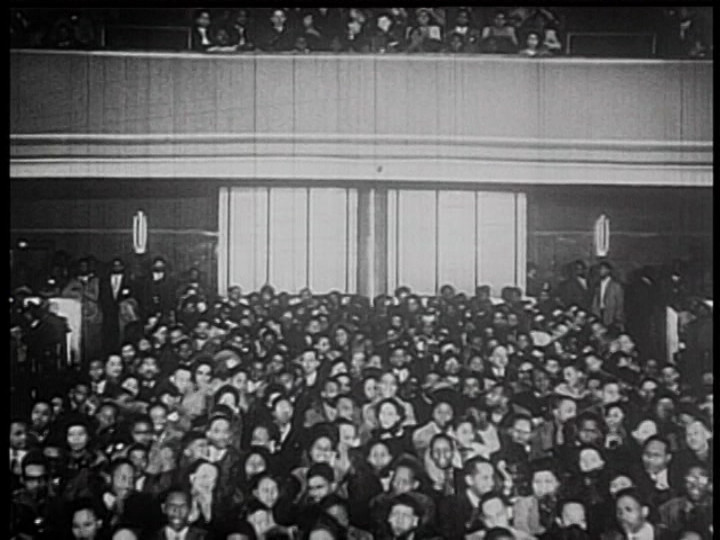 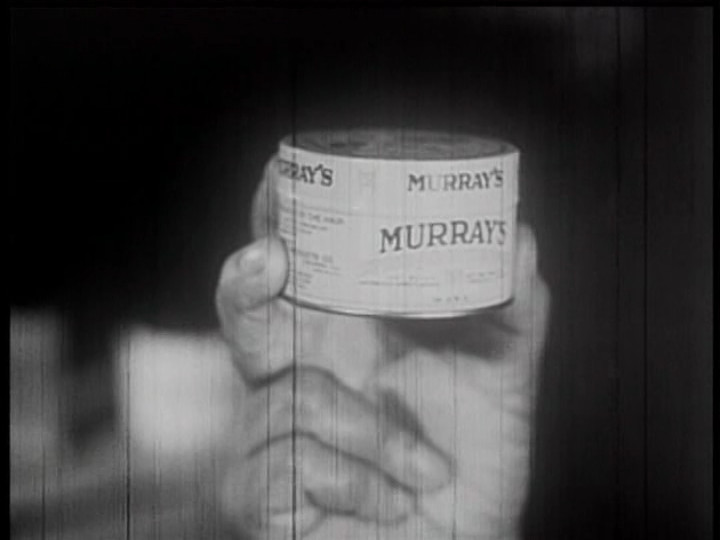 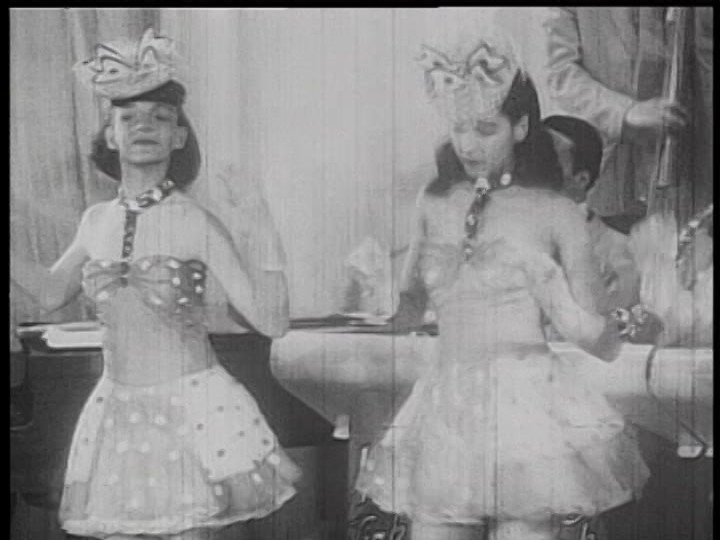 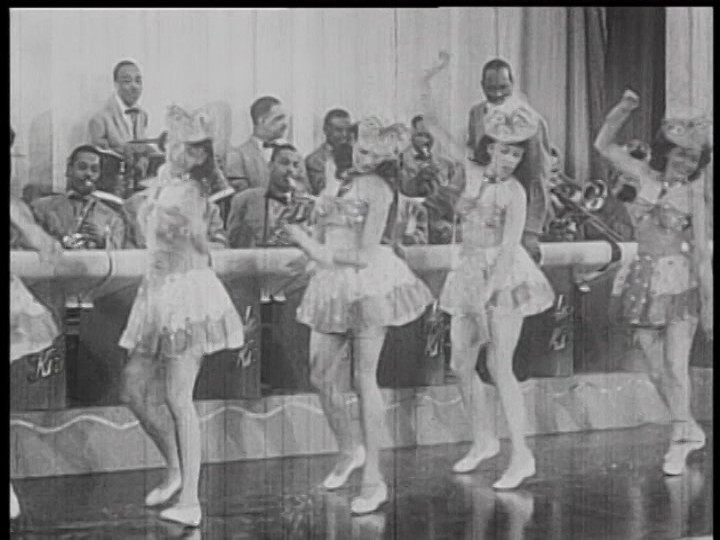 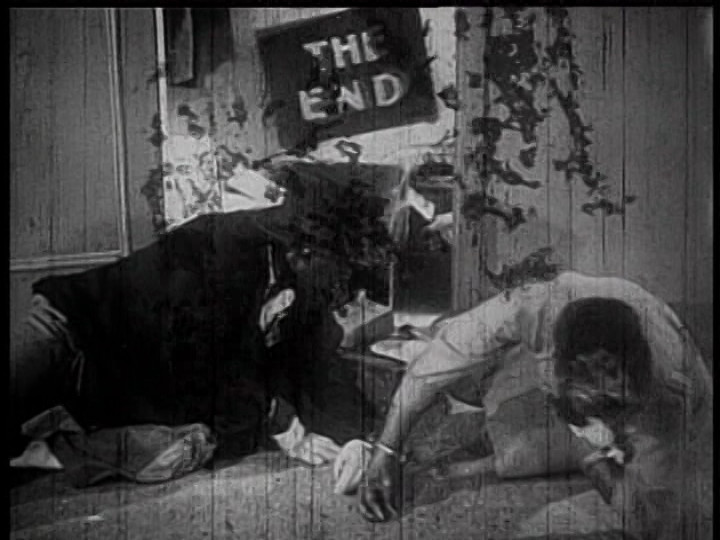 Oh, right, this is a public domain B movie from that box set I bought a couple of years ago. Most of these movies aren’t much to write home about, but some have real charm. This looks like it’s basically a variety show that’s been made into a movie (with the normal unpretentious framing story).

This one is different than most I’ve seen, because all (?) the actors are black. And it’s got tons of trick photography and kinda interesting cinematography and editing: It’s mostly filmed with a stationary camera, but some of the scenes are edited together with some verve and originality.

That said, this is not a good movie by any stretch of the imagination, even if some of the songs in the variety show are very good, especially the two by this woman: 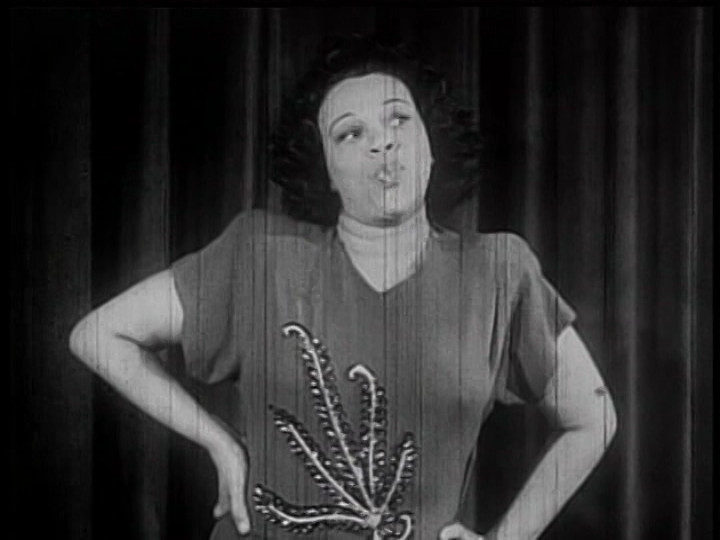 I don’t know who she is, but she was funny and had great pipes. And these two did a great tap routine: 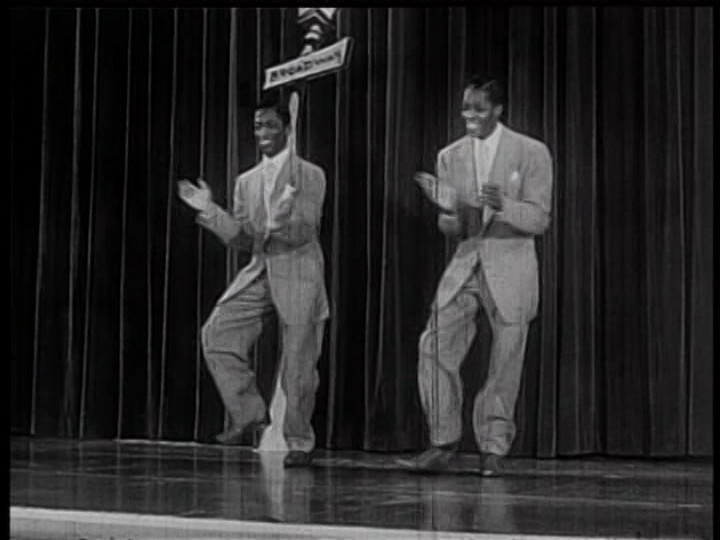 And is this Nat King Cole? 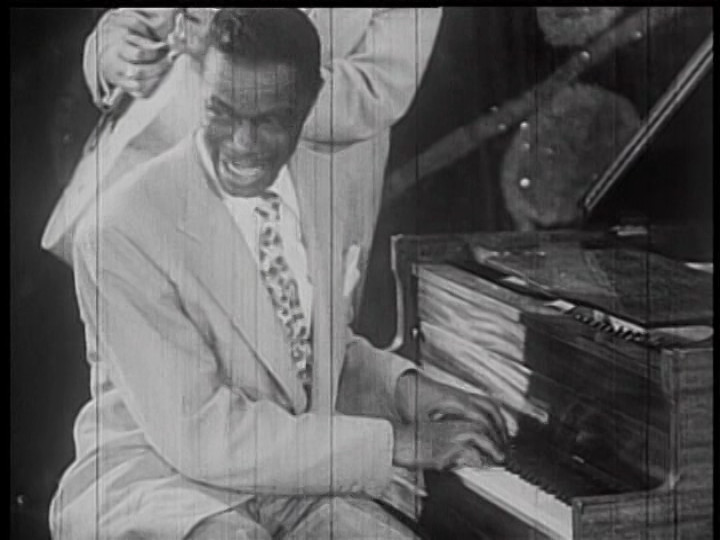 I think it is.

Once the framing sequence is over, the main portion of this movie is very enjoyable to watch indeed. It’s just a bunch of brilliant performers performing. Lot’s a great music, some great dancing and some fun skits.